I had seen the evening before that Cliff had some Skua and Tern passage up the river late afternoon, my reasoning then was that the following morning on a falling tide, one or 2 birds might have made it up to Rainham.Being more or less easterlies I was there at dawn and gave it an hour or so before I went into the Reserve, wrong tide really but you never know if something has drifted in or flown up with the tide in the darkness. 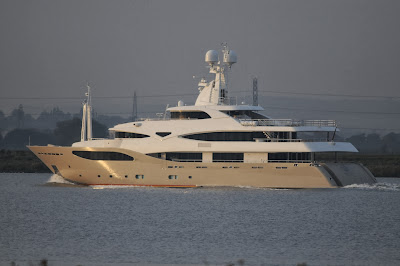 I managed to see 1 Common Tern and that was it, so much for theories, in the meantime I checked the rest of the river on what little mud there was showing, this produced a Curlew, a flyover Green Sandpiper, 43 Ring Necked Parakeets over and 10 Dunlin.
After this I headed into the Reserve, 2 Marsh Harriers were seen before I hit the Pools and a distant blob on one of the pylons turned out to be a juvenile peregrine, looked good for a female by size. I know where it was likely from but too far to see if it was one of the local ringed birds, good to see it. 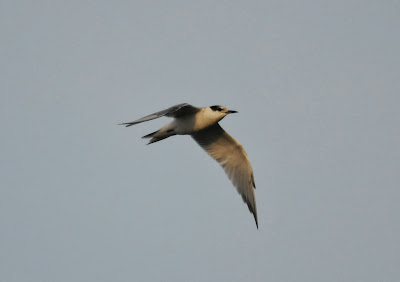 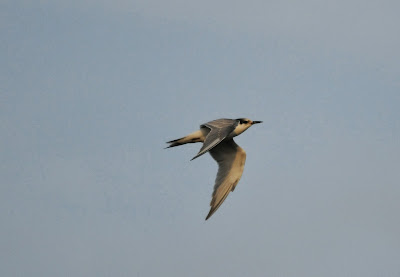 Arriving at the pools showed that Pintail have now increased to 11; good numbers of Snipe are starting to show and pleased to see that the Spotted Redshank is still present. If it stays it will have no chance next week, I will be at 420mm.

It’s a pity there is still too much water in the pools, there’s very little mud on show to bring in migrant/ resident waders and I would have thought by now with all the work that has been done that water levels can be controlled.
I remember the Old Silt Lagoons when they held water; the balance was always good with lots of mud on show. The numbers of Wildfowl and Waders that were present was quite staggering at times, waders in particular, I can still recall walking up on the Lagoon and finding 10 Little Stints, a Curlew Sandpiper and a Pectoral Sandpiper on the mud. Migrant Green Sandpipers roosted there in their 20’s on a small island at the end and at least 2 or 3 Temminck's Stints were found amongst the many Snipe that were regular.
Sadly though the water was let out and they dried up, it seems they are no longer pumped into from the Thames either, one day hopefully they can be restored to their former glory, if I remember correctly as well this was where the Western Sandpiper was found. 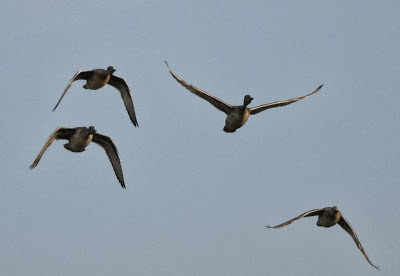 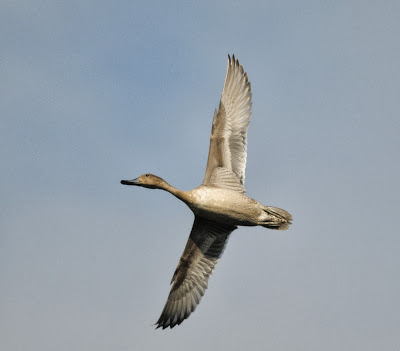 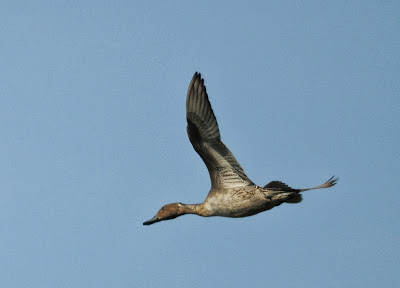 The remainder of my walk produced 7 Chiffchaffs and a female Blackcap in the Cordite, with the Yellow Browed Warbler influx the Cordite might be a good bet for one.

Finished off with a Coffee and headed for home.