Along with a group of others, many who had taken part in the 1st count of 2010, selected sites were again monitored for wader numbers in the Inner Thames. The purpose of these counts is to earmark locations where the birds are roosting, be it Jetties or Structures. The info can then be used for future reference if any developments are planned in the immediate area or on the structure itself.

The Environment Agency has offered to help in some capacity and will shortly be forwarded maps so that locations can be logged and recorded, records can then be used for mitigation.

On top of this it also shows just how important the Inner Thames is as a wintering area for waders, although , as expected, numbers do not match the Outer Thames with a more rural habitat and wider mud flats, for a metropolitan urban area, it is excellent.

Not quite the good results we had on the 1st winter count, these results may be a reflection of milder weather movement with birds drifting back down river towards Tilbury and Canvey. One of the glaring omissions is Black Tailed Godwit, 588 recorded in the 1st period and only 27 for the 2nd.I cannot see that many birds moving back down river, going on past records for this time of year, so it is likely that there is a roost we don’t know about, or they piled into Crossness which was not covered.

The same could also be applied for Redshank.


The Rainham RSPB count was very unusual with not one wader flying onto the Reserve to roost, at one time it always held a good flock of roosting Black Tailed Godwit, one reason may be the amount of work that is ongoing. Additionally the lack of Lapwing numbers recorded on the survey is likely down to the massive flock on the Reserve that are more or less resident, these do not seem to be using the Thames roosts at the moment. Certainly the flock must be approaching 800 when seen recently.

Avocets continue to break London records with a flock of 80 seen by Dick Jefferies, surpassing the 59 in the 1st period. These were again recorded at West Thurrock Marshes and it is good to see this elegant wader doing well, not only locally but nationally as well.

Thanks to all who took part, hopefully we can keep it going this forthcoming winter. 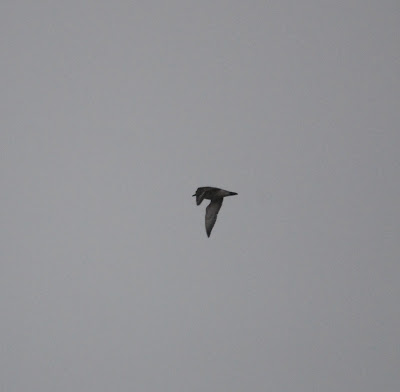 Popped in to the Valley on the way back from London hoping to get some better photo’s of the White Fronted Geese, the English weather as usual is thwarting my every step. Have now decided that I seriously need a camera that shoots at ISO3200, my Nikon D80 is ok but at low light, it is not good enough, neither is the auto focus, a D300s is calling.


Found the Geese in the top paddock, mixed in with around 70 Greylags, got off a couple of distant shots before they all flushed as a Micro Light Aircraft came over.


Refound them on the Res and got off a couple of digiscope shots, above and below is about the best I could do with the light. 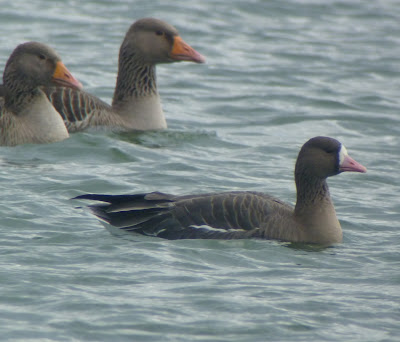 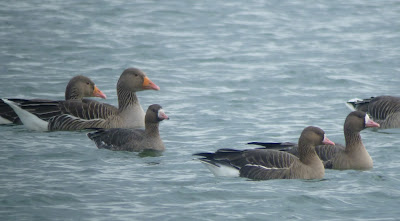 Also happened on a chap landing a 28 pound Common Carp, an absolutely stunning looking fish, I am sure you will agree from the photo’s below. 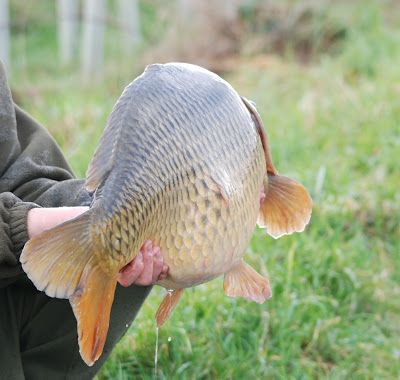 Posted by Dave Morrison at 11:03 No comments:


I popped in after finishing a survey in Kent, first visit of 2011, not year listing Rainham, so just taking it easy trying to do some photography, weather permitting. Having said that, as soon as something rare turns up, I know I will probably go running to tick it. The exception was Dominic’s Slaty Backed Gull, an exceptional find and well done to him for having the patience to go through thousands of Gulls, I know I could not. Just cant get excited over Gulls, one of the reasons may be that I am crap at identifying them, Med Gulls I like.

Anyway back to Rainham, the new Hide is well under construction and all the electric fencing has been laid, hopefully it will keep the Foxes out and aid breeding Redshank and Lapwing.

I walked the foreshore first, a minimum of 9 Rock and one Water Pipit were on the rocks at low tide, looking at the Rocks, there always seems to be some variation, some are definitely paler and recall Water Pipit. Even looking at them every year, the differences can be minimal, you are looking for leg colour, a more prominent supercillium (Water ) and paler underside and flanks, again for Water. Rock Pipit tend to be darker plumage and darker legs.

To give an idea of how confusing Winter Rock/Water Pipits can be, last year I put out a photo to a number of mates, which I thought was a Water Pipit, and opinions came back divided, it is not always clear cut with them, especially in bad light. 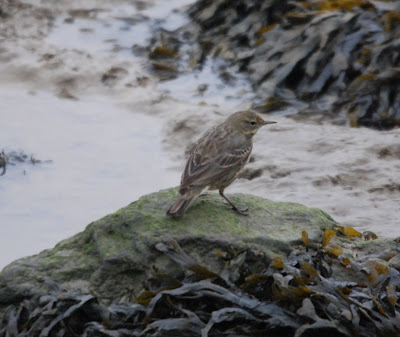 Good numbers of Wigeon and Shelduck on the river and mud, I then made my way to the Reserve. A very enjoyable walk round, unfortunately despite studying every Bullrush, there was no sign of the Penduline Tits that had been seen recently.

Birds of note seen were :

Golden Plover – 17 in with the Lapwings

Good to see some species showing the first signs of spring , towards the end of next month, we should start to see some migrants arriving.

Posted by Dave Morrison at 09:41 No comments: 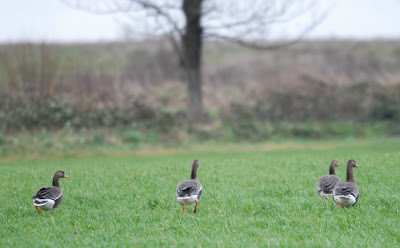 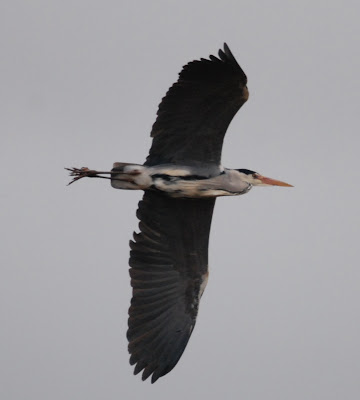 Posted by Dave Morrison at 10:15 No comments: