Along with many others I headed for the coast in the morning with my wife Christine, the idea being to walk along the shoreline from the Pier to Thorpe Bay and then return. We arrived just after 9.00am and for once the weather was good for a Bank Holiday, also there was not that many people about ( this soon changed and the weather ) so we started the walk.

I had bought my camera because I know what happens when I don’t, as I said there was not too many people around so it was ok walking down the beach with the camera. It is unfortunate in the world that we live in that you are viewed with suspicion walking along with a telephoto lense, I can understand it, I would probably be the same if I was sitting there with my family. I was fortunate that my wife was with me, alone who knows, they don’t know that I am walking along the beach hoping to photograph birds on the shoreline.

As we walked further along I starting to see Gulls and then we came across a large flock of roosting Common Terns, certainly over 40, these were in and out evading the joggers and dog walkers.
As you do I started to go through the Gulls and recorded 6 Meditteranean’s, mostly adults going into winter plumage, they are striking in any plumage.


The highlight was finding a flock of 29 Sanderling, cracking looking waders again many nearly in winter plumage.
Other highlights included

Posted by Dave Morrison at 12:23 No comments:

Decided on an early morning visit as the tide was due to peak around 10-10.30am, the weather was foul, overcast, wet and eventually the wind settled to a North Westerly. Ideal conditions in which I hoped for some Skua’s.

Needless to say I did not see one, I gave it about 2 hours, Jeff and others were there when I left, they may have seen some.

The undoubted highlight was finding 2 Black Necked Grebes sitting on the river, one still retaining summer plumage and the other more into winter, these came in with the tide and later flew out before landing again. A good bird for the point and certainly a first for me here,I suspect one of these was the bird that Jeff had seen 5 minutes previous distantly.

Sandwich Tern – present but not in the usual numbers

Black Tern – 9 seen, I know Jeff had more as he was there earlier

Also seen coming in was a luxury Yacht called the AVIVA, not up in Roman’s class size wise but certainly a cracking looking ship.

Posted by Dave Morrison at 10:53 No comments:

Decided to make the most of it as I had a follow on dentist appointment, so naturally out at dawn birding before the dentist.

The viewing area was crowded with birds roosting for the night, this included about 60 Canada Geese, 30 Mallard, Teal numbers are up to 19, 8 Gadwall and 11 Shoveler all fresh in.

Waders were represented by 71 Lapwing and a single Green Sandpiper.

Moving on from here I checked both paddocks for migrants, none seen so pressed on to the Reservoir.

En route I became aware that Chiffchaff, Reed Warbler and Common Whitethroat were everywhere, especially Chiffies, many were feeding up on Berry bushes. Water Rail were also calling along with at least 6 Cetti’s Warblers.

With a change in the wind to an easterly I hoped for a ‘ goodie ‘ but nothing materialized.

After the Reservoir I walked the top paddock and flushed 2 Red Legged Partridges at the edge of the corn stubble.

No major migrant movement as yet but its just great to be out.

After the dentist and a meeting I popped into Barking Bay and grabbed an hour, highlights were 2 Ringed Plovers, Whinchat, 19 Common Sandpipers, 11 Wasp Spiders including an enormous female and 2 Silver Y’s. 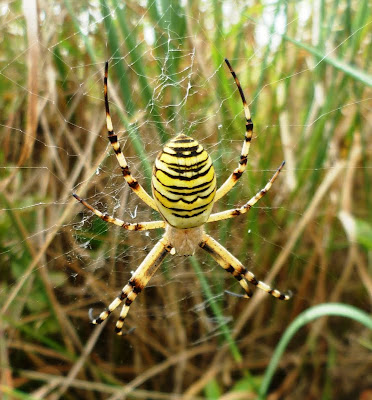 Hopefully the Whinchat heralds the start of some migration.

Posted by Dave Morrison at 14:36 No comments: 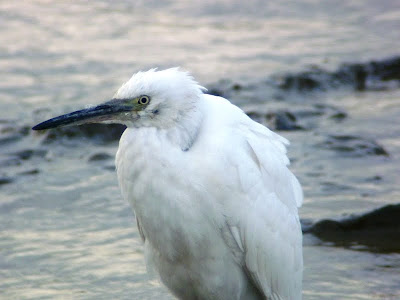 Posted by Dave Morrison at 09:46 No comments:

A brief visit, about an hour as the tide was dropping, off work with a tooth extraction , climbing the walls indoors so drove down to the island for a bit of light relief, mainly to take my mind off this bloody tooth. For unrivalled pain, both before, during and after removal, I can recommend having a badly infected back tooth.

I arrived just right as the mud was starting to show with various groups of waders circling looking to feed.

One flock dropped straight in, a good sized flock off Golden Plover, 31 in number, many in summer plumage, in amongst them was a single Knot, looked good for a juvenile, without doubt the earliest I have had both winter species. 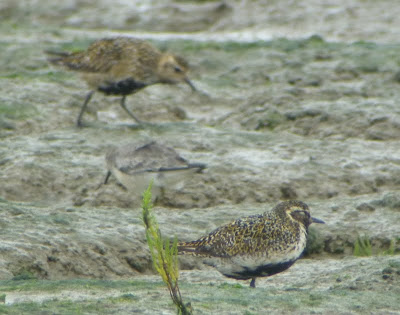 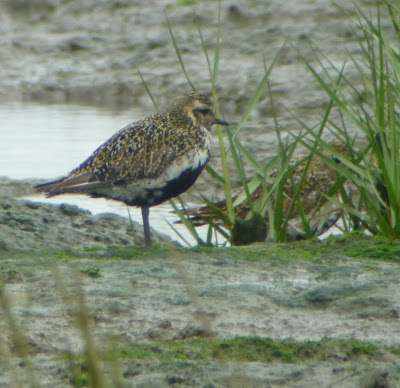 From the distant Saltmarsh some Curlew were starting to show from roost, amongst them were 4 Whimbrel, these departed towards the Marina. A single Greenshank was heard and overhead a group of 14 Swifts were heading towards Kent.

Before I went to Two Tree, I dropped into the Marina and checked the high tide roost, this held 189 Turnstone and a very good count of 22 Sandwich Terns. I was hoping for Little Tern but none seen around the Marina or Canvey Point.

Posted by Dave Morrison at 10:07 No comments: 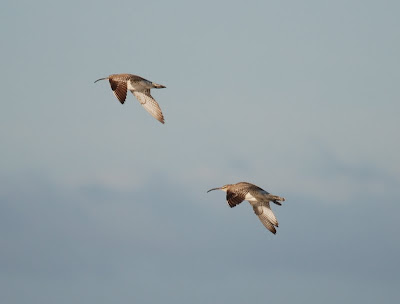 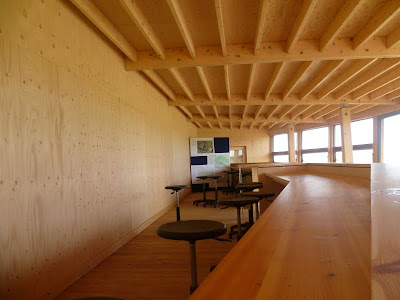 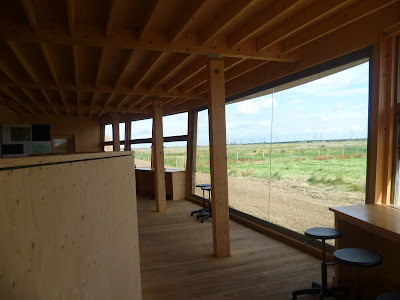 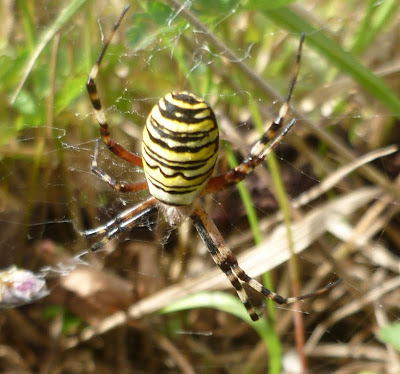 Posted by Dave Morrison at 21:45 No comments: