Storm Ciara rolled in on the previous weekend and the wind and rain as you know was quite horrendous, it was much the same this weekend just gone with Storm Dennis, on both weekends I kept an eye out on the peregrines at Battersea Power Station on CCTV.

Tragic to see what is happening to some areas of the country with people losing their homes/livelihood, the climate is changing and sadly a sign of things to come. The money ploughed into something like HS2 could have been better spent on Flood Defences; we are going to need them.

In truth I did not expect them to figure much on the CCTV, I thought the Falcon/Tiercel would lay/rest up somewhere else safe for the day, they are masters of the wind but this was extreme and obviously very dangerous. Hunting was out of the question and unless they had cached prey it was likely that they would not feed.

On the Sunday 9th Storm Ciara arrived, the day unfolded with the Falcon entering the nest box at 4.44a.m, she then undertook a mammoth stint until 2.23pm when she left. This means that she was in there for 9 hours 39 minutes solid waiting out the storm, it was likely that hunger forced her out and obviously the Tiercel not coming in with prey. She then returned at 2.54pm and then left again at 4.58pm presumably to roost elsewhere or perhaps hunt nocturnally as the light went and the winds lessened. So all in all she did 11 hours 43 minutes in the box with a short break likely for a cache search, when she did come back her crop was still flat but I suspect she may have scraped by on some cached prey.

It is perfectly normal(though far from normal weather) for her to do this length of time, it is no different from incubation, it also shows the value of a nest box in giving her relief from the storm, the fact is that boxes do give them an easier time of it. Of course without the box she would find a sheltered position, as did the Tiercel no doubt but during incubation she has no choice, good to see she went straight to it as the weather deteriorated in the early hours.

The Tiercel during this period unsurprisingly did not visit and was laid up somewhere, undercover no doubt out of the ferocious winds and rain unable to hunt.


Good to see the following morning on Monday they took prey straight way.
Posted by Dave Morrison at 22:08 No comments:

The feeding station has now attracted the attentions of a Brambling, looks like a female, it come in with the Chaffinches and presumably one of the 2 seen last year.

A good year tick no less and great to see the feeders now attracting up to 25 birds of a variety of species, 2 bloody grey squirrels have also found it. 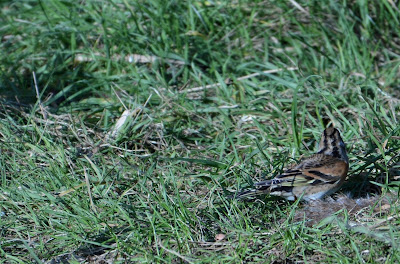 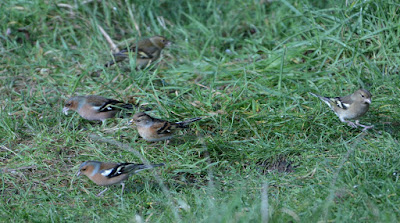 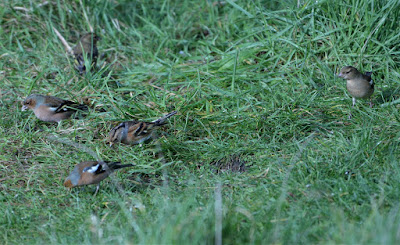 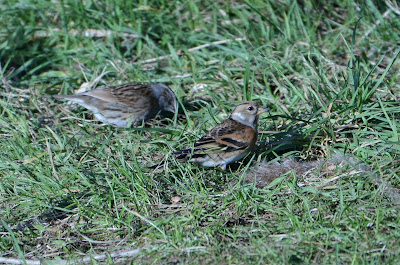 Having seen a recent video of a squirrel trying to get up a greased pole I now intend to do this, I know it will give me hours of amusement watching them try. They can’t get to the big feeders but there already on the peanut ball and fat square, over the years they have cost me a lot of money so if this works it should be a lot of fun, it’s not often you outwit them. 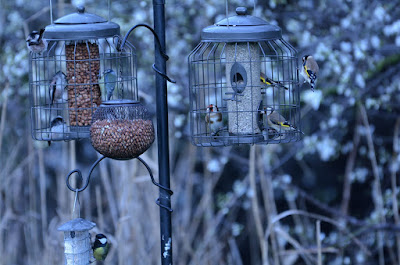 The pair of Common Buzzards are looking good again for breeding, noticed a couple of times when viewing them early a.m that their crops are already full. I have seen them worming in the darkness under the artificial light of the Sewage Works so suspect they may be doing this more than originally thought.

Recent bad weather and rainfall has bought the worms out, I know the Kestrels are picking them off as well, also seen the male Kestrel in the dark as well, both species exploiting a food source under artificial light. 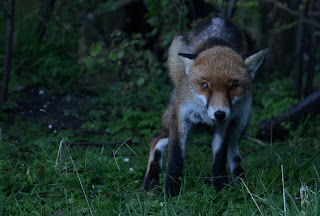 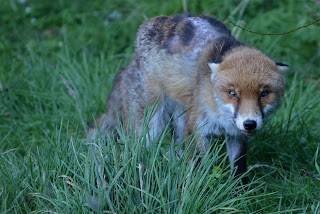 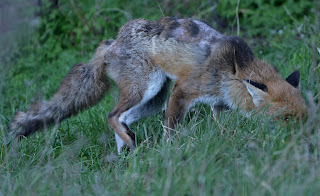 Also came across a very poorly Fox, riddled with mange and a bad back leg, it’s obviously in a lot of discomfort and sad to see, will make some enquiries as to what can be done if anything.

Posted by Dave Morrison at 23:21 No comments: 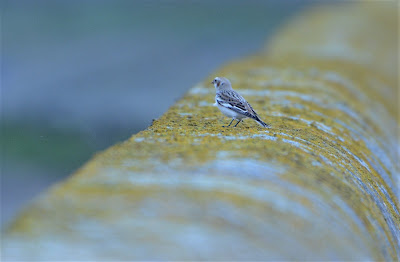 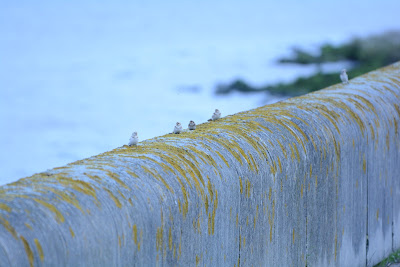 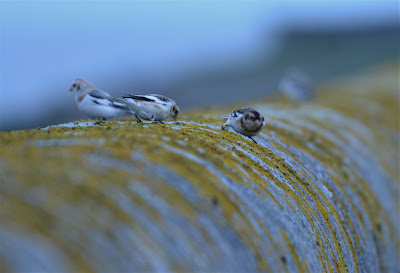 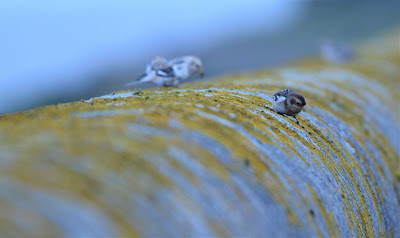 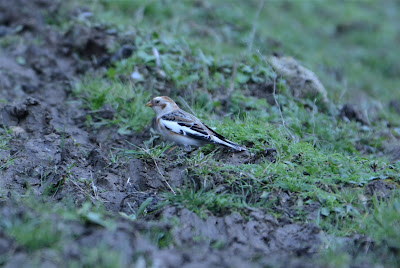 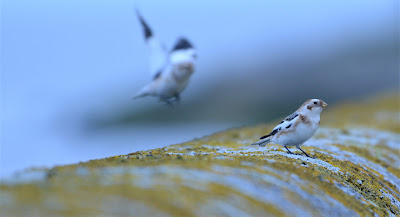 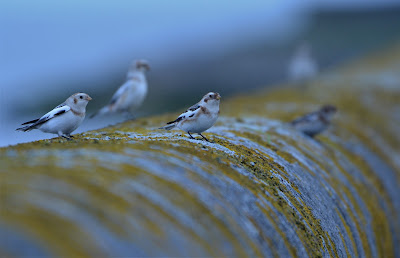 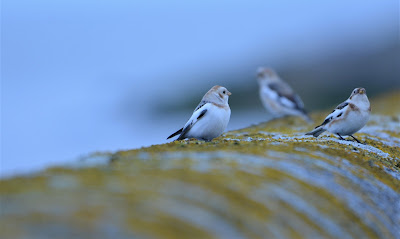 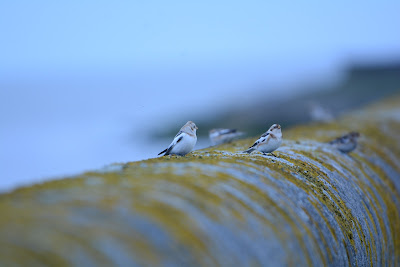 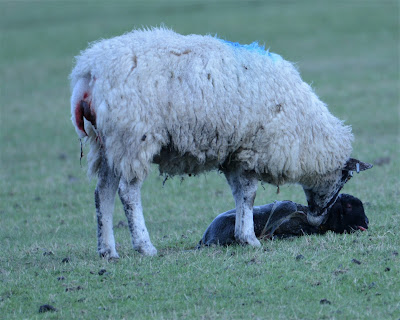 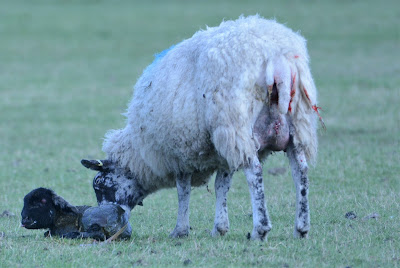 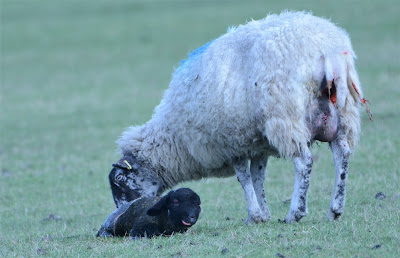 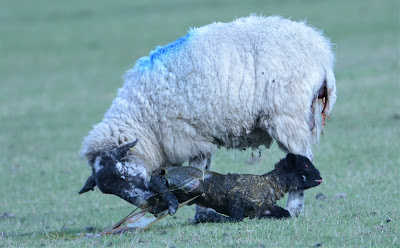 Posted by Dave Morrison at 22:19 No comments:

After last year’s disruption with a change of guard Tiercel wise, I have observed the pair throughout the winter and early activity related to breeding, has been promising.

On a recent visit, with some sunshine for a change, showed the Falcon entering the nest box with a very excited Tiercel alighting nearby straight from roost. She spent a couple of minutes in there before both departed, likely to hunt over towards Westminster Abbey.

On another visit in January before they come under licence as of February 1st, I checked the nest box for the final time and found she had made a nice deep scrape getting ready for breeding hopefully. 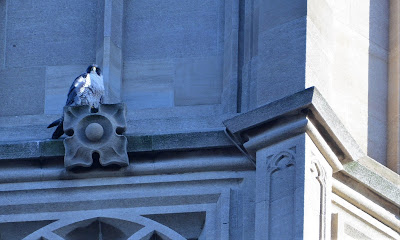 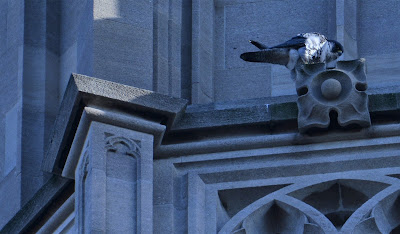 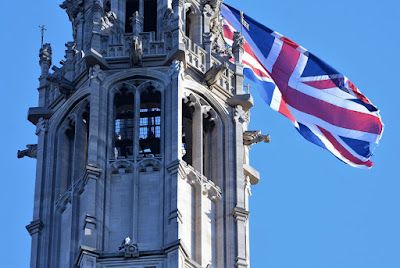 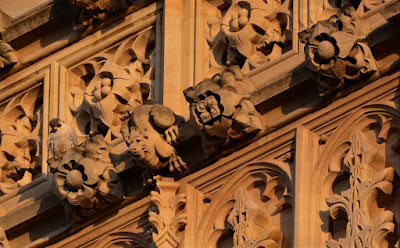 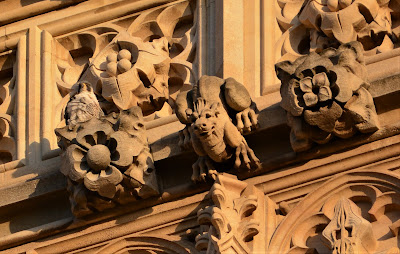 I sometimes get asked for dates when they come under Schedule 1 licence, in London I work to February 1st until July 1st,these are guidance dates to give Building/Structure - Owners and Managers the knowledge that works/maintenance can be organised around these dates. The end date of July 1st can fluctuate in the case off late laying/failed breeder going again but these dates are the norm.

The egg normal egg laying period has always been as per the books, March 28th – April 2nd, earlier always in the South not surprisingly, the earliest egg laying date for the pairs that I monitor is March 6th.

I suspect one day with global warming/climate change, that egg laying will start at the end of February.

So fingers crossed for them this year but signs are looking good.

Posted by Dave Morrison at 22:02 No comments: