With grey skies and a rising tide I popped into the Sewage works on the off chance of there being a goodie on the River. Not my normal early a.m visit but a late morning quick visit to see if anything was around, its getting pretty manic with peregrine stuff at the moment so grabbing the chance of a visit whenever I can.

I have to say it paid dividends with some good birds seen and one no less a site tick that I should have picked up years ago, Little Gull.
I have to admit I cocked up the ID, I openly admit that Gulls don’t float my boat but I did think this initially was a Bonaparte’s Gull. I have always thought that if it was showing a black head, it was approaching adulthood so it would be showing a black underwing for Little, this didn’t hence thinking Bonaparte’s.

Putting the bird out with a BOC on local news and I was put right, very helpful and something that I will now remember. 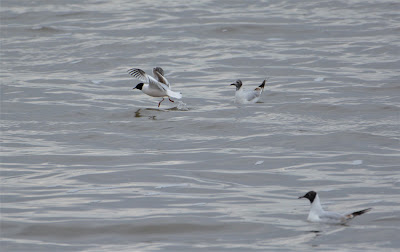 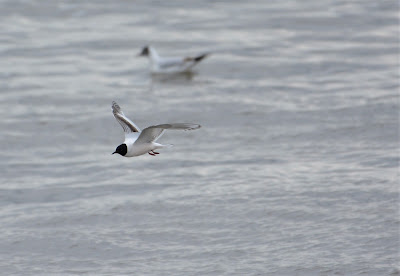 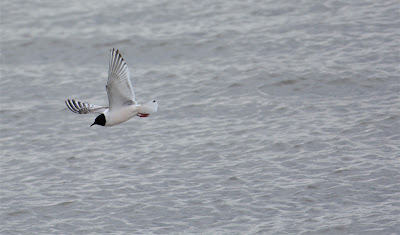 It was a site tick no less and bought my site list nicely up to 140, not too shabby for a little urban patch so it was a good one to get under the belt finally, it had been in my head for a long while as well overdue.

Whilst watching the little chap, a 2nd Little Gull joined it for a short while before both headed off down river.

Before I saw these however one of the first birds I saw on sticking my head over the river wall was a Black Tern, this didn’t stay long at all and this headed off up river, very likely due to the Harbour Seal that suddenly appeared in the midst of the Black Headed Gulls. 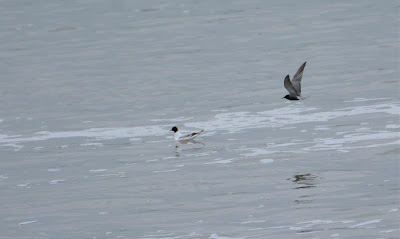 On another section of the wall, 4 Whimbrel came out from the rocks, I didn’t get this last year if I recall so a welcome year tick.
The final year tick was 2 adult Mediterranean Gulls heading off down the Creek, this makes 12 I have seen at the patch to date this year and numbers have increased it seems everywhere. 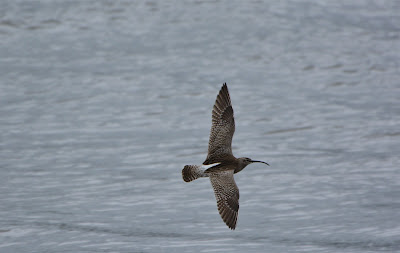 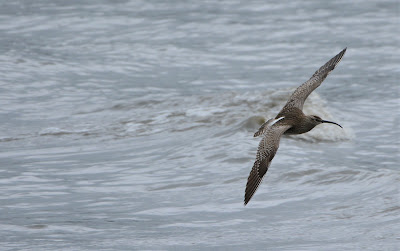 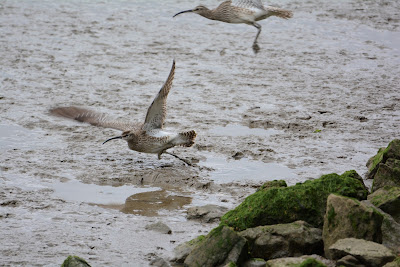 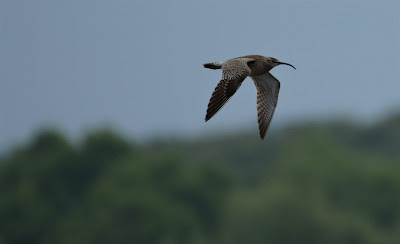 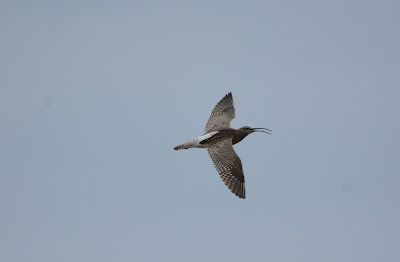 A good morning adding Little Gull, Black Tern, Whimbrel and Arctic Tern, I also saw the Gloriana go past, the Queens 90 foot royal barge, heading up river for some upcoming event I would imagine. 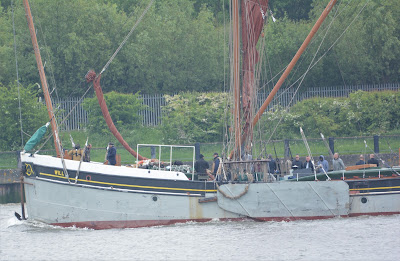 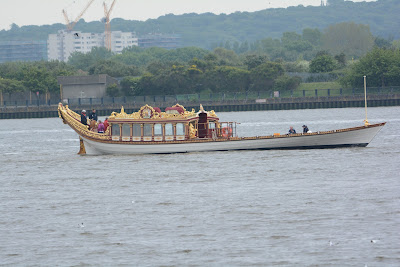 Posted by Dave Morrison at 21:16 No comments:


Yours truly and my good friends Lee Brown and Martin Blow hatched a plan a few months back to visit Spain, namely the Malaga area and try and connect with some Spanish specialities over the course of 3 days.

The idea being to not only see and photograph some good birds but to build a trip list to see what we could achieve over the visit. Lee and Martin both needed lifers so there was plenty of incentive to try and get as much out of the trip as possible, it spurred us on, especially the first day but more on that later.


We had deliberately booked the hotel so that we were in walking distance of the Mouth of the Guadalhorce reserve flanked by urban Malaga, the idea being get there at dawn to maybe pick up Barn Owl or Red Necked Nightjar(I got one of these on my last visit here in September 2015).

The first day was spent at Guadalhorce on foot but the 2nd and 3rd days we had arranged for Luis of
www.birdaytrip.es to pick us up for 2 days of guided birding. I can highly recommend Luis; he found us the birds and went out of his way taking us to Fuenta De Piedra for an unscheduled visit that was quite stunning.

Flights were very cheap, we got the late afternoon flight with EasyJet for £45.00 return, no hold luggage just cabin it works out cheaper.

For 3 nights it came to £166.00 each, we stayed at the Hotel Campanile, we all found it ok and the food and service was good.

May 1st – Mouth of the Guadalhorce


Setting out in the dark we arrived as dawn showed with plenty of birds heard en route, Nightingale being very vocal as we crossed the bridge.
As we entered and it became light lots of birds gave themselves up, a distant flight of 20 odd Greater Flamingo’s was very nice as they wheeled around the site, we caught up with these later.

Red Rumped Swallows seemed to be everywhere and a flight of Herons coming into the Reserve turned out to be 4 Squacco’s, we tried to find these later but no luck, however we did see 3 Night Herons, one an adult.

A highlight for all of us was a flock of 50+ Slender Billed Gulls, these stayed all day on the pools, often feeding around the Greater Flamingo’s as they stirred the mud up as they walked. 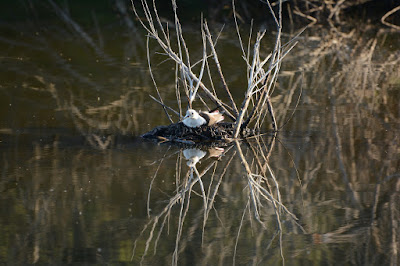 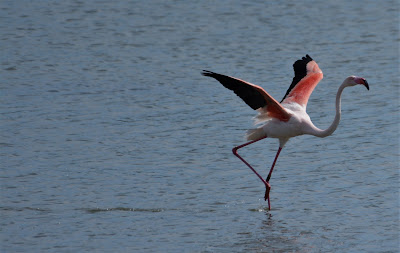 Lots of waders were present on the pools including flocks of Sanderling and Dunlin but also Curlew Sandpiper, Ringed/Little Ringed/Grey Plover and also a single Turnstone + Avocets.

Overhead Pallid Swifts seemed to outnumber Common Swifts and the pools also held Audouin’s and Mediterranean Gulls, Gull Billed and a single Whiskered Tern, there was so much to see you always had the feeling you could easily miss something.

By now it was afternoon, food and a beer was calling so we retired back to the Hotel, the list was growing so we returned mid afternoon to a couple of favoured pools that we had taken to, we got better views of a Ferruginous Duck seen in the morning. The light was also better for photography; the Slender Billed Gulls gave even better views.

Raptor passage had been nonexistent until late afternoon when 3 Booted Eagles came through, all 3 of different morphs with the pale bird looking particularly good.

If I recall we added another 3 birds to the list in the afternoon session, by now it was really hot but on the way in and out we came across a pair of Bee Eater’s, it looked like they were looking for a nest site. Stunning colours, you just don’t get to see them in the UK regularly, great to watch and virtually the last birds we saw as we called it a day on the Reserve. 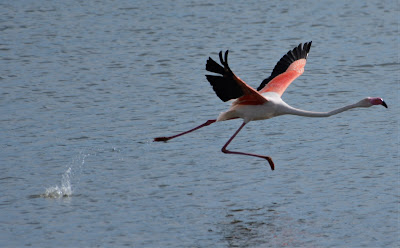 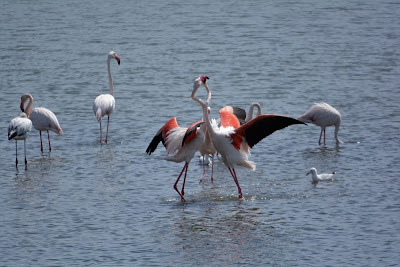 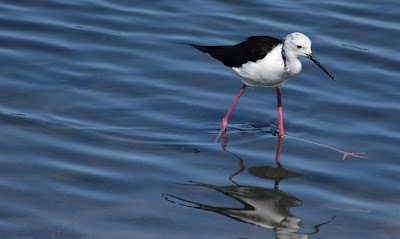 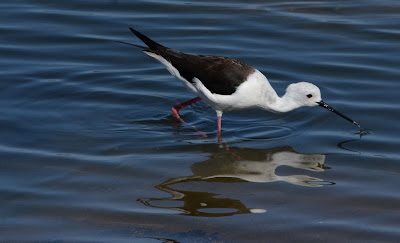 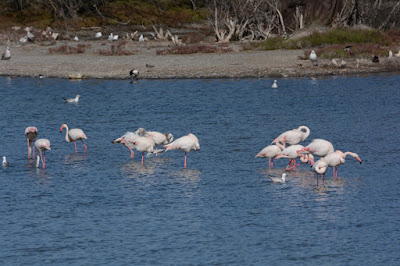 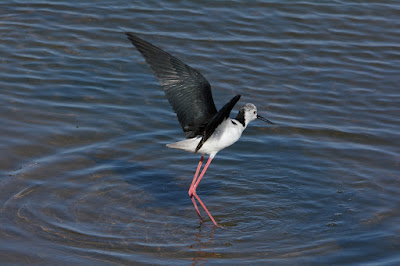 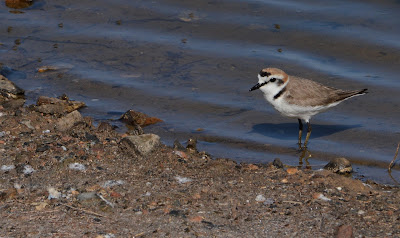 We ended the day on 75 species, to be honest far more than I expected, we had walked 33,003 steps which equates to 21.78km, roughly 13 miles, never have these little legs gone so far but was it worth it.

Birds missed that may have been present, we couldn’t find the Bonaparte’s Gull, Little Bittern and Purple Swamphen were not seen but very likely there, Purple Swamphen is very elusive anyway so it was not expected.

Plenty of Little Egrets on the pools but no sign of Great White, presumably at its breeding grounds.

All in all a fantastic start to the 3 days with some great birds that we rarely see, I know that Lee had picked up plenty of ticks – next stop Osuna for Day 2, Farm and Steppe country this was one place I had always wanted to go – Black Winged Kite awaited.........

Posted by Dave Morrison at 21:43 No comments:

Where to start, a lot has happened in April to say the least, the triangular relationship between the Falcon, Immature and adult Tiercel has taken a new turn after observing copulation taking place, albeit distantly between both of the adults.

Further to this, eggs have now been laid, quite a feat in itself given the current scenario, the father to the eggs being the adult Tiercel.

With the first egg being laid on April 9th, copulation has taken place with the Falcon flying off east to buildings/cranes where the adult Tiercel mated with her, the act undertaken she then flies back to the Power Station. Multiple daily copulation is usually needed for fertility, whether she has copulated enough is another matter in regards to eggs hatching, it could be that given the strained and irregular copulating relationship with the adult Tiercel, fertility may be an issue. I have observed copulation between the 2 adults at least 5 times in early January to the east of the site, hopefully it will be enough, there is no doubt that if they were bonded on site, copulation would happen more, we will see.

The reason behind the long distance meetings regarding copulation between the adults is that the adult Tiercel has not been able to remove the immature Tiercel. This is the single 2018 offspring of the Falcon and the previous resident Tiercel who disappeared in November 2018.Consequently the new adult Tiercel has not become territorial on site, he spends most of his time east of the site near Vauxhall, when he tries to enter the Power Station airspace he immediately clashes with the immature. I have seen this a number of times in April, with the immature seeing the adult off, it certainly happens every time I am present so I would imagine it is a daily occurrence.


A complex relationship, I had my money on the adult Tiercel replacing the immature Tiercel, I didn’t think the immature would be strong enough to keep an adult out, however despite the oddness of the relationship it may just work given that the immature has stepped up.

There is no doubt that the immature has designs on his mother, ledge display between the 2 happened quite a lot in early April, in a few months he will become an adult plumage peregrine and would likely form an incestual relationship with his mother for 2020.Obviously things could change, the father of the eggs cannot spend his time on the sidelines forever unable to fulfil his role surely.

When the first egg was laid, my first thoughts were these, how can the adult Tiercel give a nest relief (incubation changeover) or supply prey if he cannot displace the immature once she had laid the full clutch?

Additionally who will supply her with prey once she is incubating fully after 3 eggs, she cannot do both?

The answer to these questions is the immature, not only is he now supplying prey daily, he is also incubating whilst she feeds or preens before returning to the eggs.

As mentioned before, the Falcon does not interfere when the immature/adult Tiercels clash, she sometimes calls but does not intervene from what I have seen, possibly seeing which is the stronger, her offspring or the adult Tiercel?

When the immature brings in prey, as per normal she takes it from him, however she then still insists on feeding him still, a mother is a mother.

I have to say it is the strangest relationship I have come across in 20 years of watching peregrines, there is always something new to learn from them, interesting times ahead.

Posted by Dave Morrison at 19:10 No comments: