After a good start on New Year’s Day at Rainham, the next excursion was the Ingrebourne Valley; I squeezed in a visit on January 5th.

A stunning morning greeted me as I approached Deadman’s Wood, the idea being to take in the Farm Trail, the Reservoir, Berwick Ponds and finish at the viewing area and then a cuppa in the Centre.

During the walk down to Deadman’s I recorded 82 Ring Necked Parakeets overhead in small flocks, no doubt straight out of roost and all heading towards Upminster. In the last year or so they have increased in numbers over the Valley.

The game crop on the Farm Trail was its usual Finch and Bunting magnet and produced good numbers of both, the highlight being 7 Yellowhammers.


With freezing temperatures, most everywhere was frozen; even a section of the Reservoir, good numbers of wildfowl present on the Res included 33 Wigeon and 74 Gadwall. The hoped for Goosander or Goldeneye failed to materialize.

With Berwick most definitely frozen but in sunshine, thoughts turned to Bittern or perhaps Bearded Tit, after covering the reed bed end to end, both failed to put in an appearance.

Not even sure the Bittern is there, from what I understand it has not been seen for a good while.

Finishing up at the Black Bridge and the viewing area produced the final tick of the morning – Common Snipe; this bought me up to 51, a nice steady start to the year.

Since then I have added a few after a brief visit, now 58 so up and running. 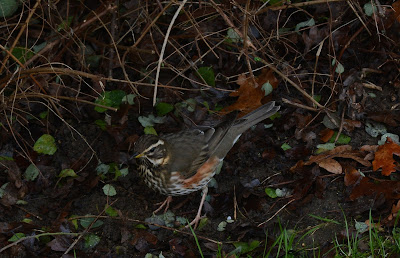 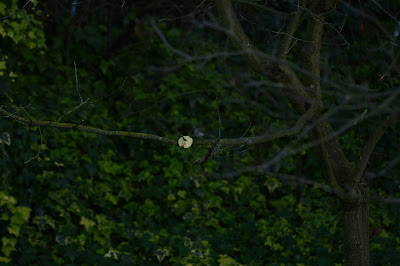 
January is always a hectic month when it comes to the peregrines, monitoring 10 pairs, nearly all bar one with nest boxes or trays to clean out, keeps me very busy come January.

All come under Schedule 1 licence as of February 1st so there is obviously a time limit to observe and make sure all the work is completed by the end of the month.

2 of the boxes I made 6 - 8 years ago, have now seen better days, over the course of the years, they are now weather /water damaged, they need replacing or a bit of an overhaul.

One I can just recover, the marine ply has flaked on the roof and sides, but some heavy duty plastic sheeting screwed onto it and sealed should do the job.

The 2nd box is from a site that I can name, Charring X Hospital, due to bad falls in the drainage on the balcony where it sits, means that the box has, for much of the year, sat in water.
Obviously the rot has set in and the underside of the box is, judging from last year’s photos, shown it is now past its sell by date.

Sunday afternoon (15th) we are, courtesy of Paul, delivering a new bigger box to Nathalie and the Hospital ready for replacement and installation on the Monday.

This year I am also going into new territory, last year’s juvenile male is still present at Battersea Power Station, the first time I have ever had one stay into the following year.
Before and just after Christmas, the Falcon showed some aggression towards him, but since then she seems to have mellowed and is now more tolerant.

I am watching this unfold on camera and when I visit site, he is not one of these juveniles who comes and goes, he is there every day.

Watching recently, a number of times, even yesterday, shows the Falcon on prey in the nest box with the juvenile waiting patiently right next to her, he is calling and begging and she is occasionally feeding him.

The bond between them both seems to be still strong, it’s not as if she has not had young before, this is her 4th successful breeding season.

I know he also takes his own prey as I have seen him hunt successfully.

I am researching information on this as I have heard of juveniles before staying into the following year but it brings forth a few scenarios’.

Will he be allowed to stay as we fast approach breeding?

If he is allowed to stay will he assist or hinder breeding?

Could it be that she sees him as less of a threat, for want of a better word, as he is smaller and a male as opposed to a bigger female who is possibly more dominant and imposing?

To note also, the long staying juvenile at Charring X Hospital is also a male.

Interesting stuff for me, time will tell.

First of all, a very Happy New Year to everyone, I hope 2017 brings everyone good fortune and a great year.

Sticking with tradition and despite the rather gloomy weather forecast, grey skies with rain from mid day, pre dawn found me standing in darkness at 7.00am down by Aveley Bay car park.

At this hour the plan was to try and get both Short Eared and Barn Owl as the light grew but I began to think it was not going to be as light rain started.

However it did not last, and before long, I was lucky enough to see 2 Shorties quartering briefly in the gloom over the Saltings.

By now I had racked up a few ticks as the light got better, no luck with the Barn Owl (I got this later) but did add the usual waders/wildfowl in Aveley Bay with Avocet and Black Tailed Godwit being the pick of them.

From here it was a drive down to the Centre where Howard had picked out some ‘scarcer’ waders on the Kent side, scanning through these produced Ringed and Grey Plover although it seemed no Golden Plover were on show.

Whilst scanning through these however, it produced a Dark Bellied Brent Goose, a good tick as I missed it in 2016.

Pressing on I entered the Reserve, by now the list was up around the 60 mark, Common Buzzard, Peregrine and Kestrel were all seen over or near the Target Pools, I was also keeping my ears open for any Beardies, another that was missed last year.

By now the time was marching on, my little legs were starting to move faster with the threat of the forecast rain but did add Water Pipit, Stonechat and a flyby Kingfisher to join the tally.

Reaching the woodlands, I listened for a Goldcrest or a Chiffie, none materialized or were vocal but I did get a flyover Mistle Thrush as I neared the car park, they can be difficult to get at times here.

I finished the morning on 71 species, missed a few silly ones that you more or less take for granted over here like Marsh Harrier and Common Snipe, but all in all quite happy with the years start. It’s a sign of the times that you expect to see a Marsh Harrier every time you visit, good to see its fortunes have been turned around, a real success story, hopefully the same can be done for Hen Harrier.

As per last year, and like half the country, I have started my annual diet, the tummy has got to go, in 2 months time, or possibly sooner I will probably be unrecognizable and a shadow of my former self.


Remember saying the same last year…..
Posted by Dave Morrison at 00:10 No comments: