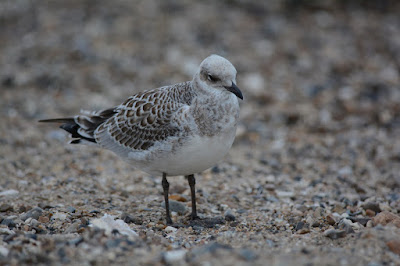 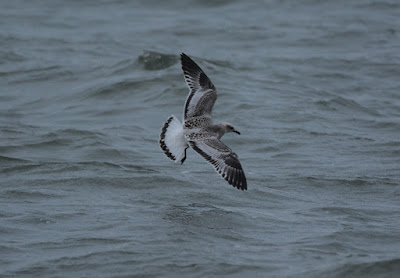 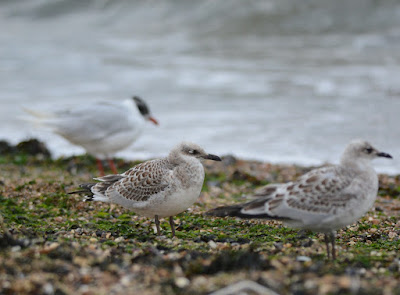 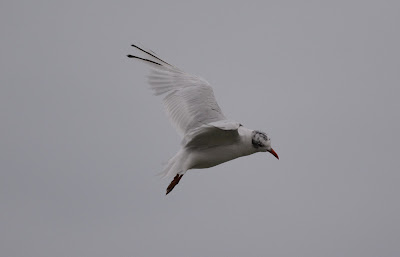 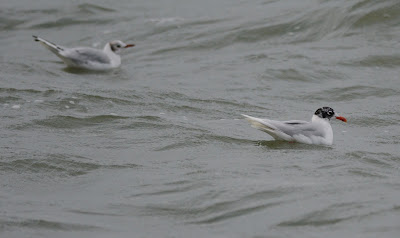 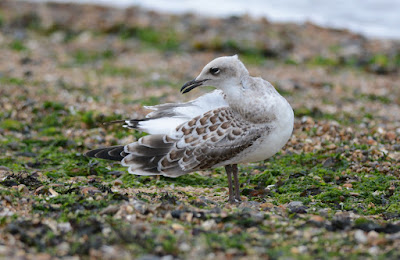 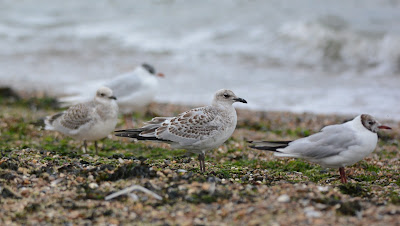 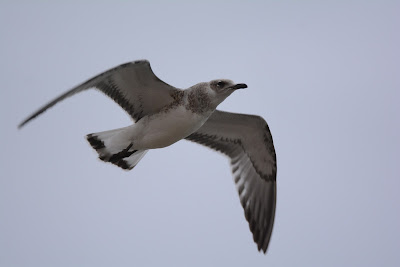 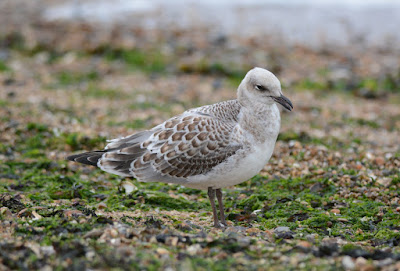 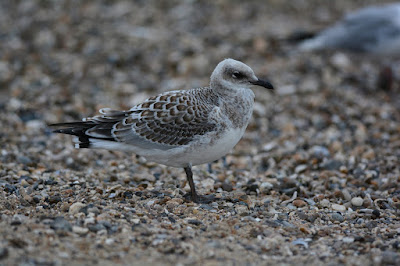 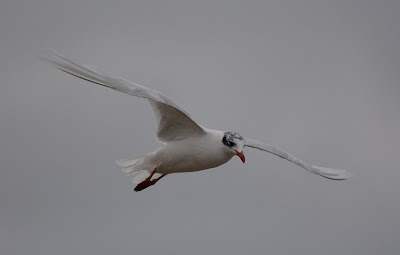 Posted by Dave Morrison at 22:56 No comments:

I have been coming across Sand Martins, up to 200 of them in the last week out on Cooling Marshes, Kent.

Good to see a great many juveniles amongst them, as you will see they have taken a shine to the entrance road and adjacent reed beds to rest up. First seen on the 14th, the flock is still present this week.

Unusual to see them on the road in numbers, I suspect it is a good place for resting and dust bathing, it also offers good all round vision against approaching predators. 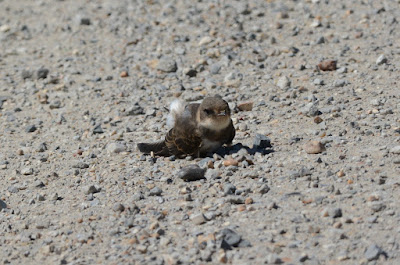 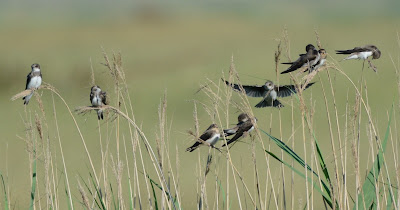 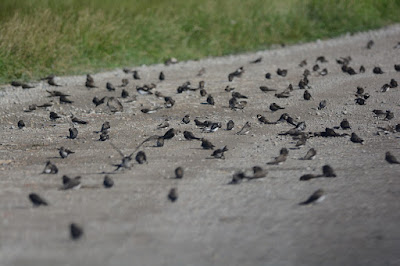 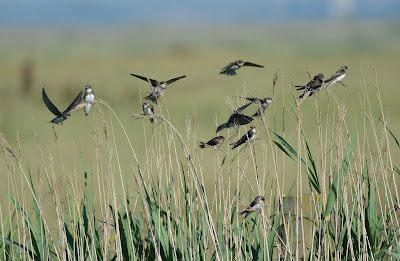 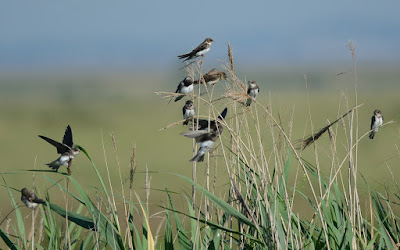 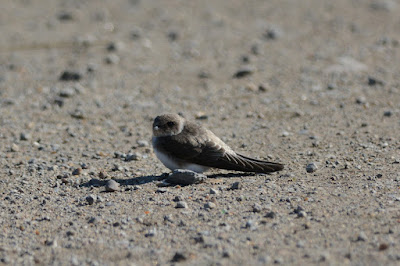 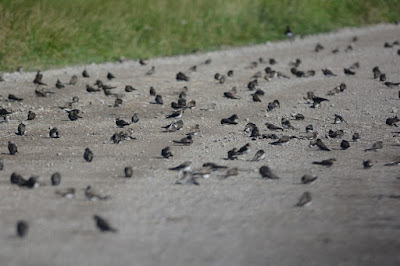 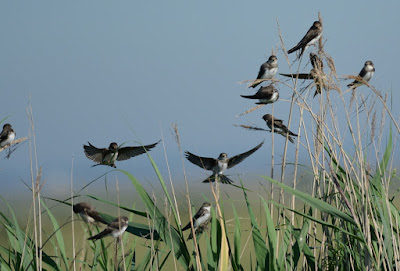 Posted by Dave Morrison at 22:31 No comments:


Whilst surveying recently, one of the birds that I have come across is breeding Little Ringed Plover.

They do nest in some of the most unlikely positions and habitats that you could imagine, during the surveys nests/territories were marked as they are Schedule 1 to avoid disturbance, exclusion areas were then placed around them.

Below is a section of photos. 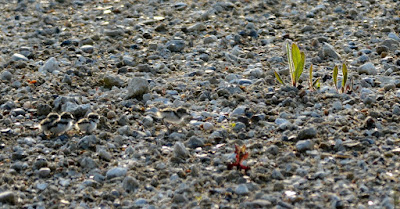 Posted by Dave Morrison at 22:39 No comments:

This year so far to date, (fingers crossed) 4 juveniles have come down on fledging from the sites that I monitor and luckily all were spotted and rescued.

The first one, at Battersea Power Station, I think did not fledge but may have been blown off the nest site by those very strong winds and bad weather we had in early June. It was found by site staff and was then caught and returned to an elevated area especially designed for them up on the Power Station itself.

It was a lucky bird as it was not seen until the following morning after checking the cameras, it meant that it likely spent the night at ground level or it managed to get itself to an elevated position off the ground. Foxes obviously are present on site so it was a fortunate bird.

2 of the remaining 3 were located by the public, retrieved by the RSPCA and then taken to the South Essex Wildlife Hospital, I cannot praise them enough for the work that they do.

Both of these juveniles came from sites which  are not disclosed publicly, although I daresay that local people are well aware of them.

The last was a juvenile at Parliament, breeding there for the first time ever; the pair have fledged 3 juveniles of which one had grounded.

When I arrived I found the bird on a post where it had come to the attention of the local Crows and Magpies, I also suspected it may have been down for a couple of days unnoticed as it looked weak and underfed.

Catching it proved relatively easy compared to some, having a closer look confirmed first thoughts; it was weak, little fight or attitude in it at all.

I decided then to take it to the Wildlife Hospital where it was checked over, it was then fed and given a few days to recover.

All 3 of the juveniles, as you will see from the photo, were put in together in an aviary to recover as they all came in around the same time. 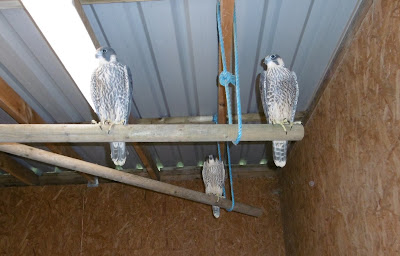 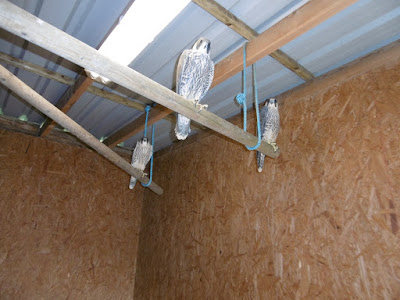 As all 3 obviously looked similar, each juvenile was given a coloured cable tie to make sure it went back to their respective site, this was then removed prior to release.

The release back went well and consequent visits to each site including Battersea have shown that the broods are complete, all are back with their parents and siblings.

Posted by Dave Morrison at 08:15 No comments: