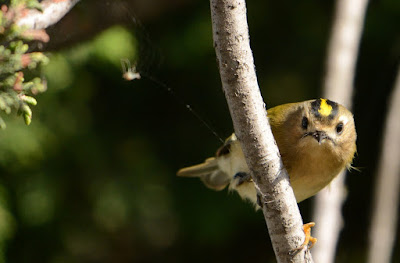 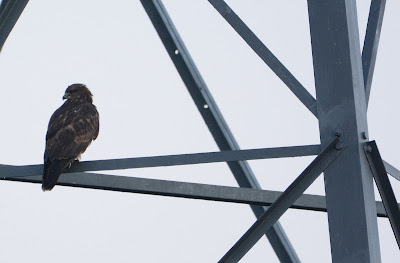 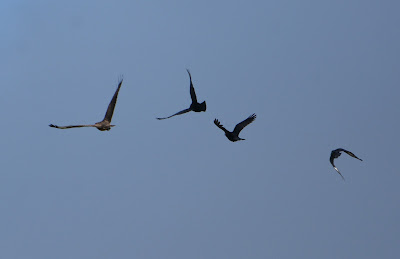 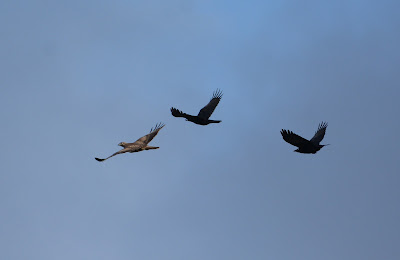 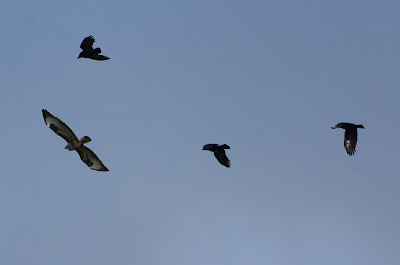 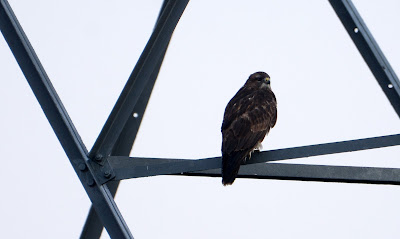 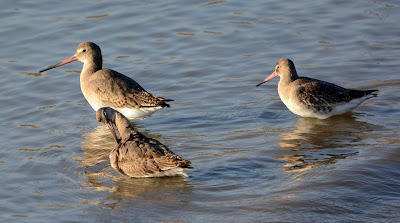 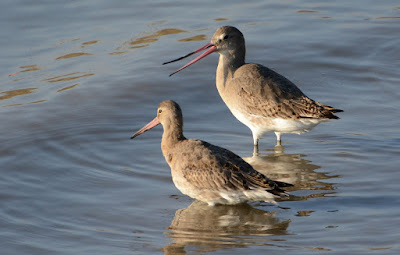 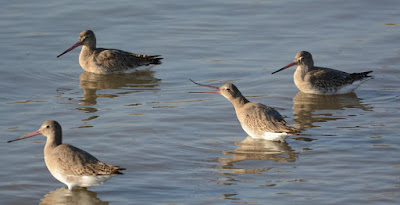 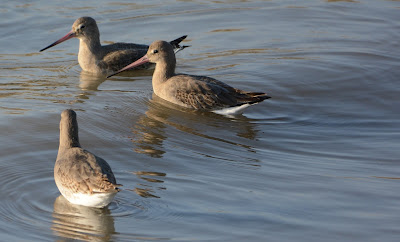 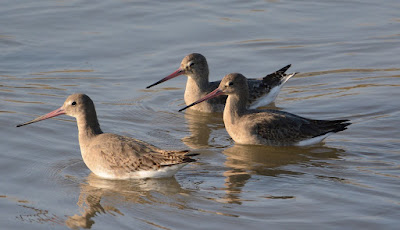 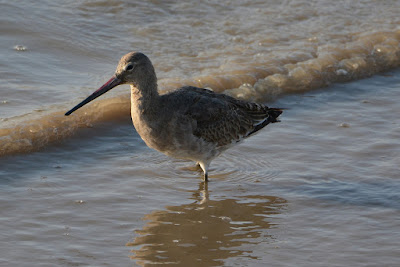 Posted by Dave Morrison at 06:57 No comments:


Luis picked me up at 6.00am and en route to the mountains we stopped at Fuengerola to pick up another chap, Matthias who was relatively new to birding.

After another very enjoyable Spanish breakfast we arrived in the mountains of El Chorro around 7.30am, the 1st bird heard was Thekla Lark calling, in front of us was a massive mountain and on here was one of the species I wanted to see – Bonelli’s Eagle.

On the road up towards the mountain through the pines, Crossbills seemed to be everywhere.

We scanned the mountain picking out roosting Griffon Vultures, but it took around 20 minutes before Luis eventually picked out a roosting Bonelli’s Eagle.
Good views through the scope, hard to tell male or female but it was quite obviously a big Eagle, this became more apparent when a Spanish Ibex and its kid appeared on the top just above the Eagle. 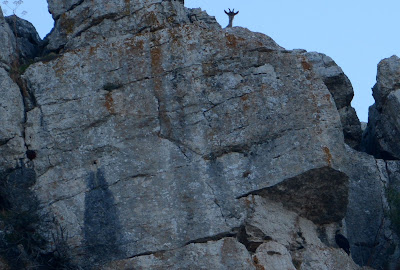 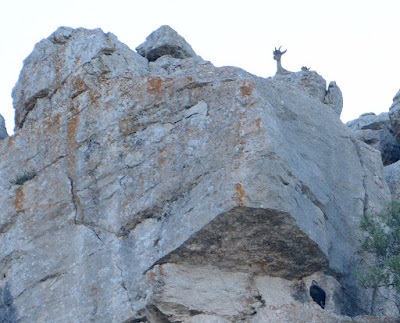 By now everything was coming alive as the morning arrived and the heat of the day started to make itself known, pretty soon other birds around made themselves known.

Around 40 Alpine Swifts soon appeared over our heads as we made our way up the track towards a distant summit.

Red Rumped Swallow, Woodchat Shrike, Bee Eater, Sardinian Warbler, Crag Martin, Stonechat and Hoopoe, all were seen as we made our way up.
Half way up we came across more little gems in the shape of Black Wheatear and Blue Rock Thrush along with a Common Redstart, Northern Wheatear and a number of Dartford Warblers.

When you get all these species, relatively easy to see on a stroll up a mountain, it does spoil you and make you realise just how special birding abroad is. 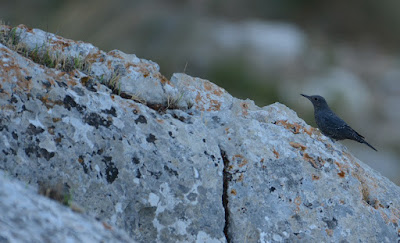 As we neared the top of the track, a pylon came into view and on top, scanning around and most definitely in hunting mode was a Short Tailed Eagle.

We all approached the top expecting the bird to flush but it not only stayed, it continued to hunt also giving great views.

After 15 minutes it went into a shallow dive at something on the ground, missed and then left for another pylon.

Without doubt the best views I have had off one, certainly closer than the one I saw in the UK a few years back. 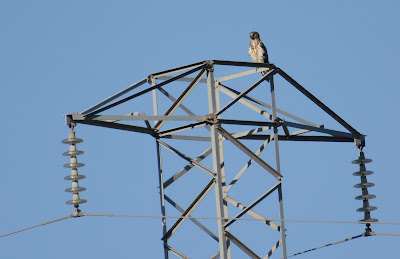 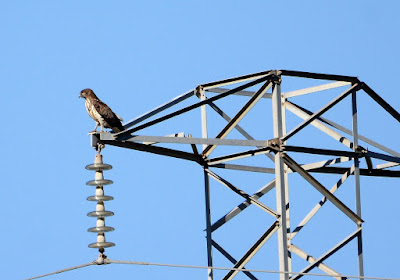 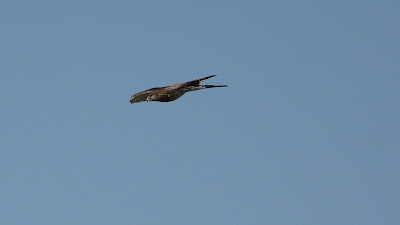 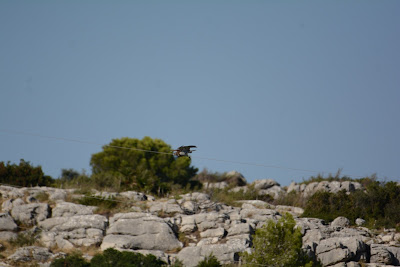 Now with 2 Eagles under our belt we scanned around, Honey Buzzard, Marsh Harrier were all seen along with around 20 distant Griffon Vultures.

Presently though 2 other large raptors came up over the crest of the mountains, no less than a pair of Golden Eagles, even at distance looking through the scope stunning birds.

Watched one land and got better views so now 3 Eagles up.
On the way back down we came across 4 Black Wheatears together with what looks good for a Melodious Warbler on the fenceline. They were all a little agitated and looking down so presumably a predator/threat at ground level,possibly a Snake. 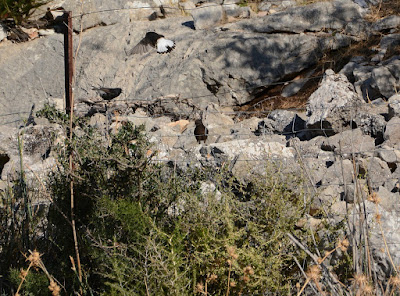 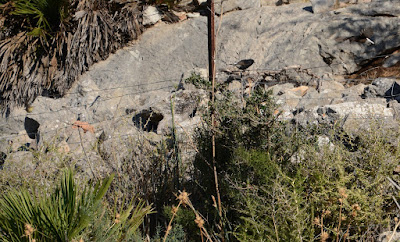 We also came across 2 Blue Rock Thrush which gave good views, one squabbling with a Black Wheatear.

As we arrived back at the car, we had been gone around 3 to 4 hours the Bonelli’s Eagle decided it was time to move, it came out overhead and was immediately joined by another, a pair.
Size was quite apparent with the female noticeably bigger than the male, in common with most birds of prey.
Decent views were had overhead before they eventually drifted off to hunt, we then headed to our next venue, another watch point. 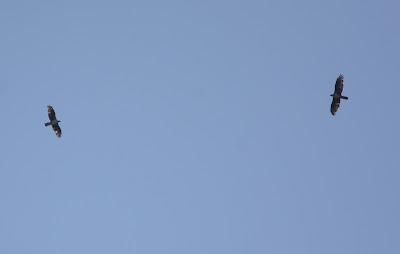 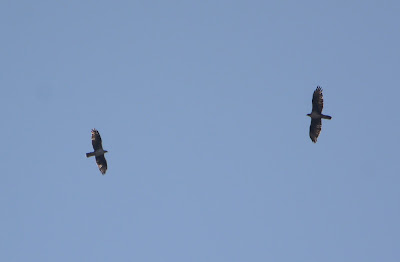 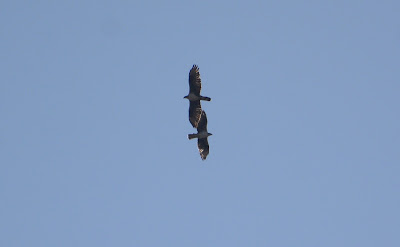 On arrival with the heat of the day now really kicking in, at least 25+ Griffon Vultures were aloft along with Black Kite, Kestrel and a couple of Sparrowhawks.

Before long though we picked up our 4th Eagle species in the shapes of dark and light phase Booted Eagles, these rounded it off very nicely.

A cracking mornings birding with Luis and Matthias, a big thanks to Luis, El Chorro is another stunning place and no doubt like Tarifa ,I can see myself visiting again next year.

Crossbill – numerous on the drive up through the pines