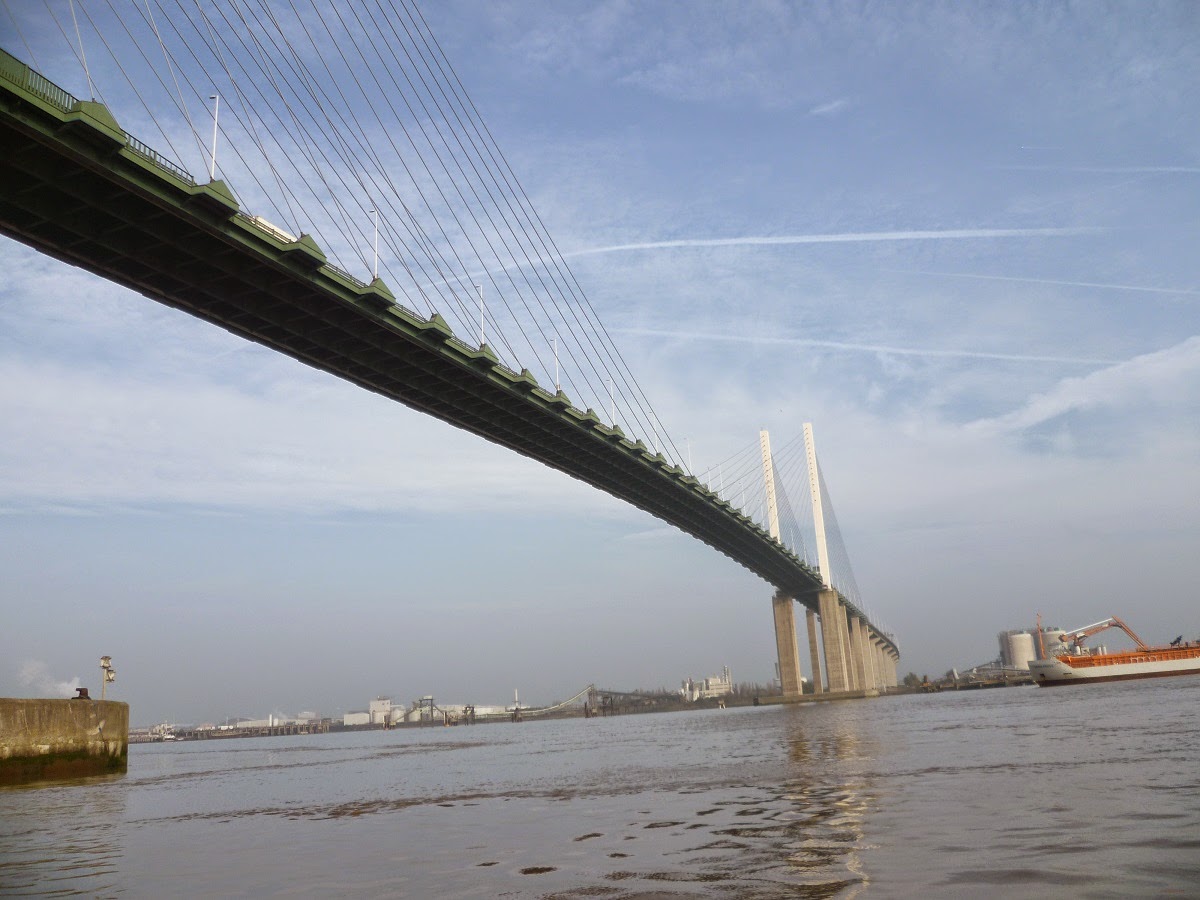 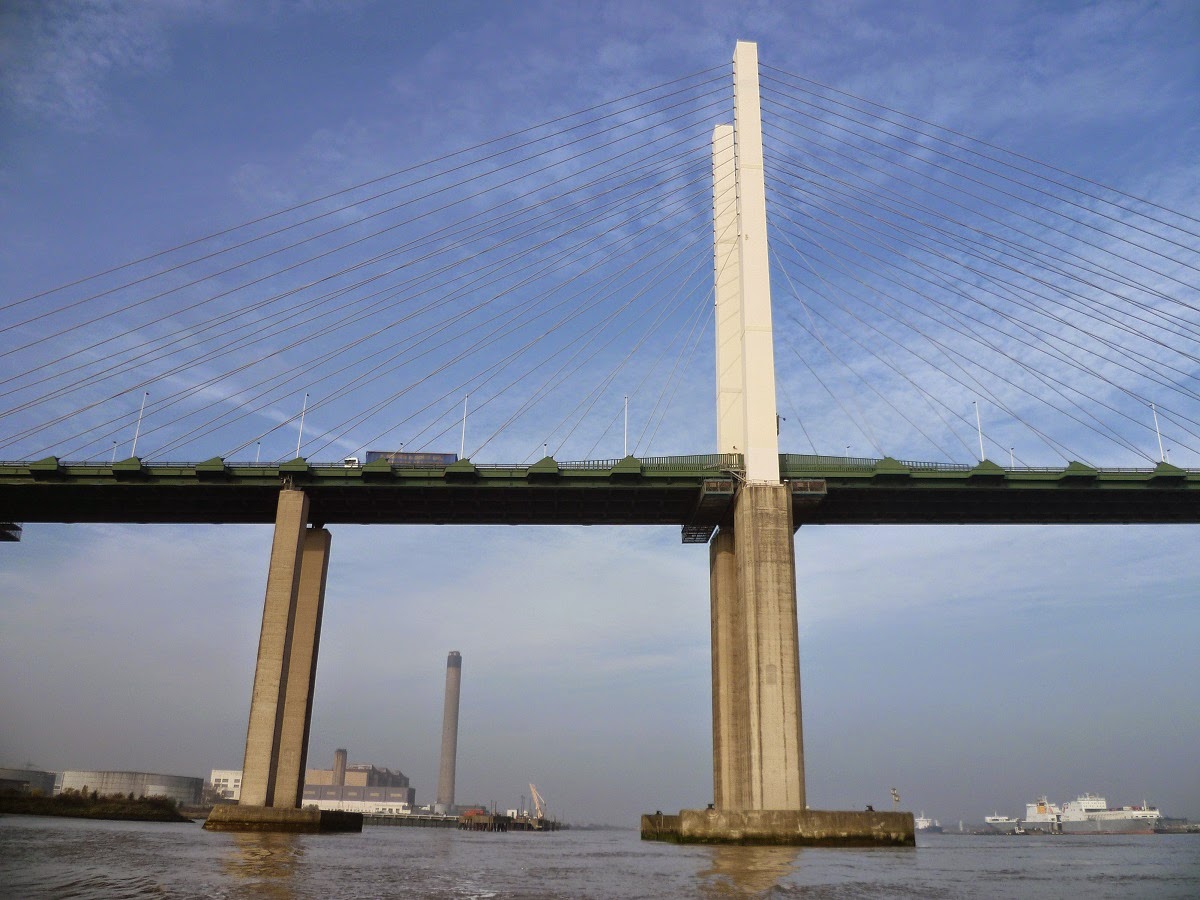 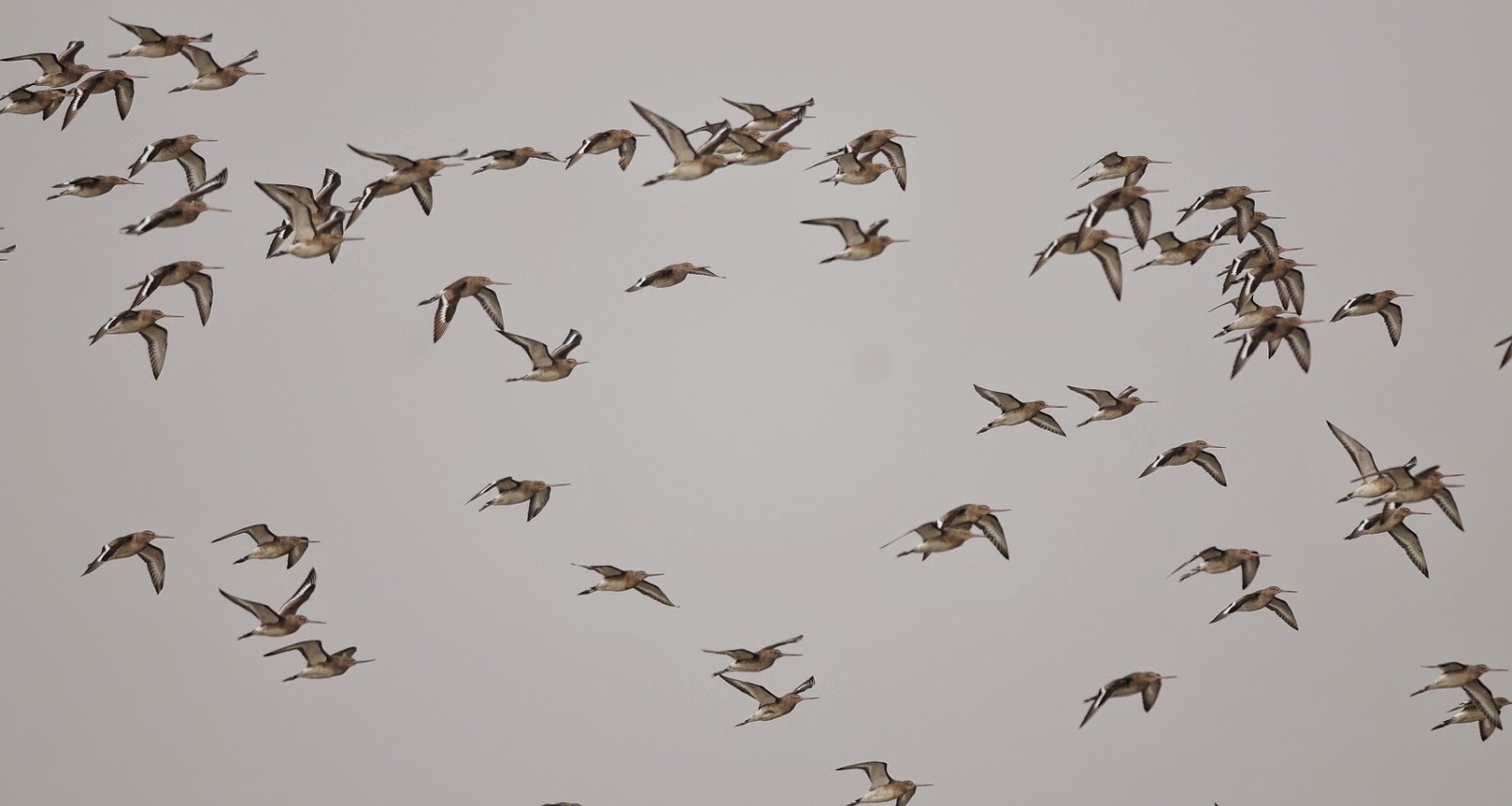 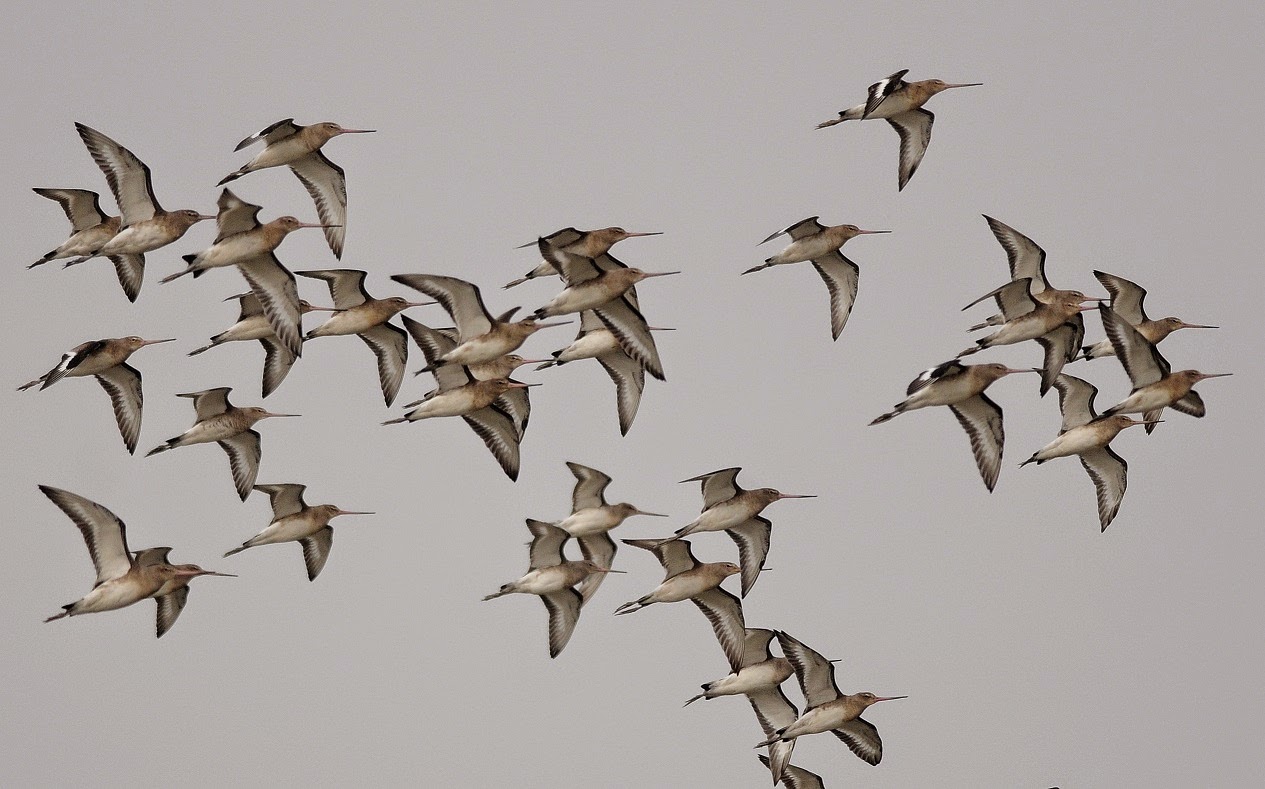 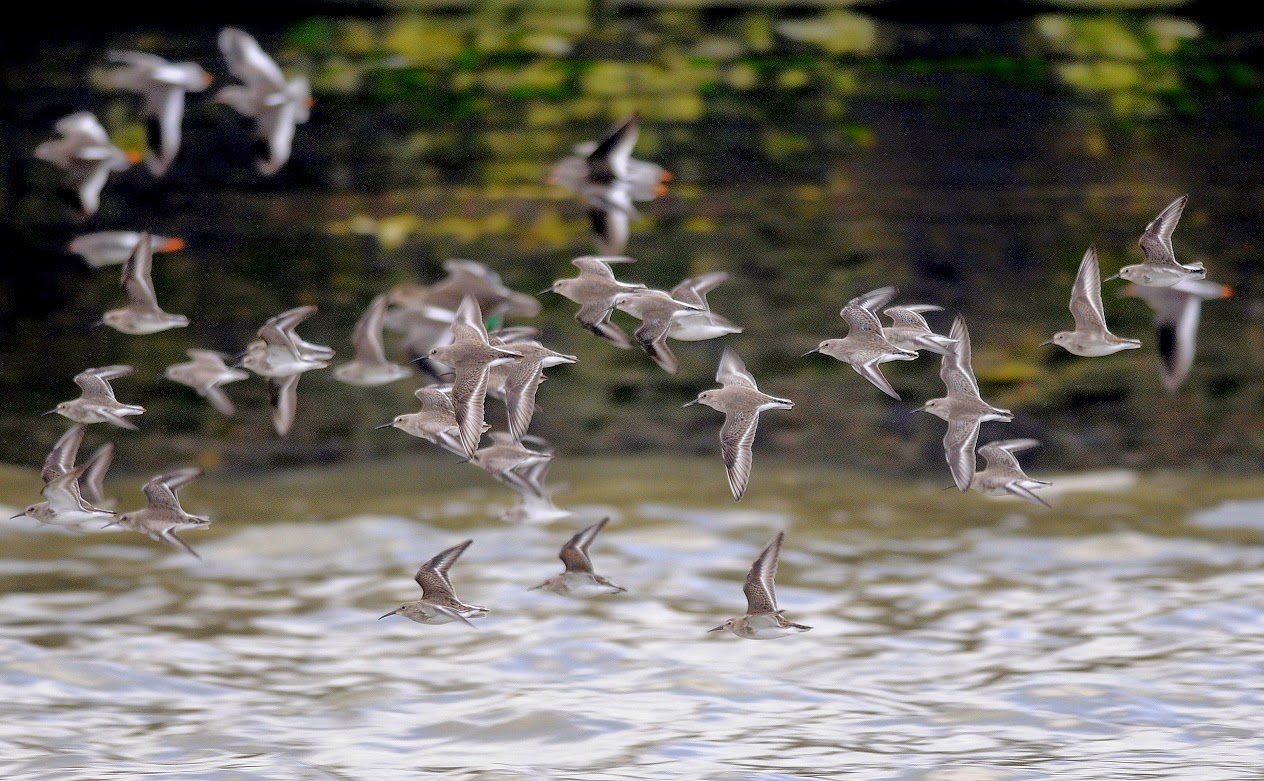 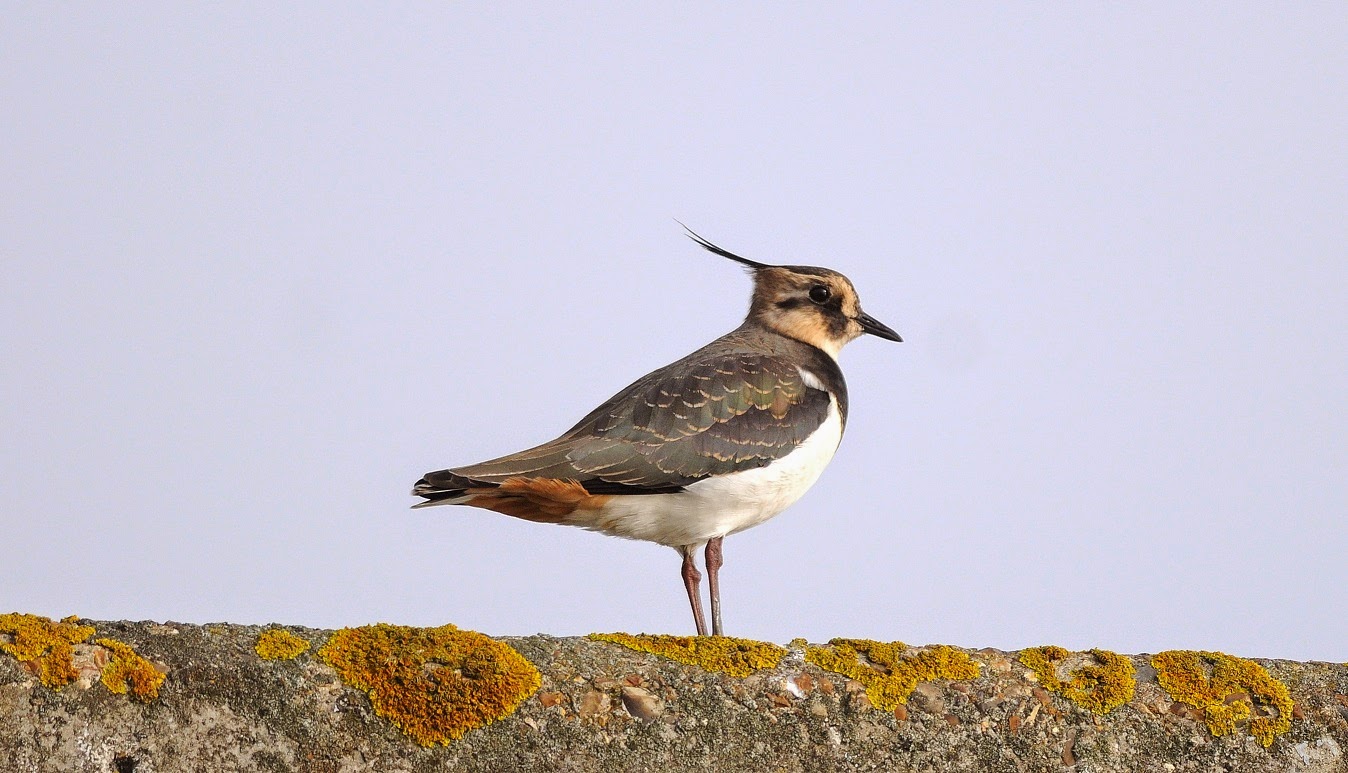 After the heavy rain in the morning, the afternoon proved to be totally different with wall to wall sunshine, I took the opportunity for a walk round the Reserve to blow the cobwebs out.

I was looking for the Dark Bellied Brent Goose to add to the year list, also needed was Fieldfare so I firstly took in the woodland, lots of Redwing but alas no Fieldfare.

Purfleet Marsh however being flooded in many areas was teeming with birds, Wildfowl were absolutely everywhere, predominately Wigeon and there were also Canada’s and Greylag’s. A scan through did not reveal the hoped for Brent but it did show large numbers of Waders.

Pick of the bunch were around 120 Golden Plover in the air, courtesy of a male Marsh Harrier hunting, it also showed around 40 odd Snipe high up as well. 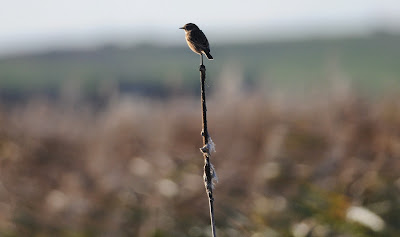 Pressing on I added 3 Stonechat before reaching the Pill Box, I then got onto firstly a single Raven which was then joined by a 2nd out on Purfleet Marsh, I only added it to the site list a month or 2 back so possibly becoming a regular.

The direction they had come from was not surprisingly the Tip, great to see them colonizing, with the pylons available at Rainham it could even be a future breeder, should be interesting with them and the peregrines mixing.

Arriving at the sea wall my arrival coincided with near high tide; I had a scan around and picked up 2 distant birds on the river up near the Car Park end.

I only had Bin’s but was pretty sure I had seen a crest on one, Merg’s came into my head, if so a good and rare bird for Rainham.

Being the fit beast that I am nowadays, the long walk down was nothing for a better view; I arrived and had another look.

Before I go into it, I will firstly make my pathetic excuses, I was directly into the sun, they were distant outlines and I had no scope, I know its crap.
I looked through the Bin’s, saw a crest on one and thought 2 Red Breasted Mergansers not looking at the other one properly, blasted off some distant shots, happy with myself I put them out.

I have got into a bad habit of not checking the back of the camera, I should do this at the time but I am always in a rush to get to the next place, I have also done this before.
Years ago at Rainham, I fired off a few shots at a speck of a Buzzard way up, didn’t look at the back of the camera and later saw that it was a Honey. The list goes on, Osprey in the Valley, this really was a dot, got a lock on it and thought I will have a look later thinking at the time it was likely a pale Buzzard…..

These days it’s a choice between the scope and the camera, you can’t carry everything so of late the scope stays at home.
Pre camera days I used to scrutinize everything, always having a scope but have got into the habit of relying on the camera too much, my latest motto is now – always check the back of the screen as the other bird was in fact a Goldeneye. 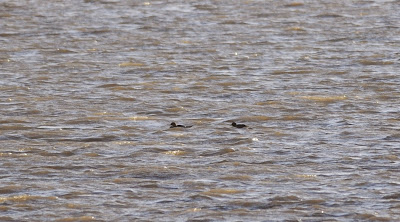 Anyway moving on and pathetic excuses made, I have no doubt I will do it again; I eventually arrived at the Centre.

In between I had recorded at least 8 Rock Pipits and a couple of Curlew going to roost. 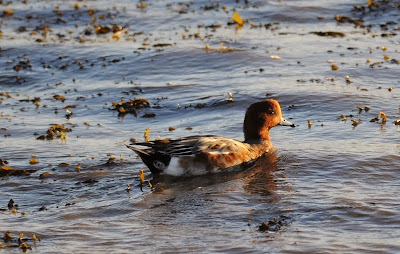 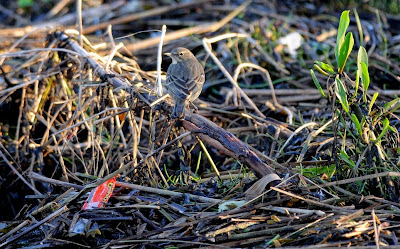 From the centre I added around 150 Black Tailed Godwits arriving to roost and also 2 Egyptian Geese, a very good walk and 2 year ticks to boot in the shape of the Red Breasted Merganser and the Goldeneye, total now 137 for the year.

A fitting finale was a flyby Raven.

Photos below are by my mate Dick Jeffries, as you can see very good and far better than anything I can produce.
The bird is in Hertfordshire and showed very well judging by the photos.

Me and Paul are over on the Hoo Peninsula this weekend surveying, hopefully its only a matter of time before we see one there. 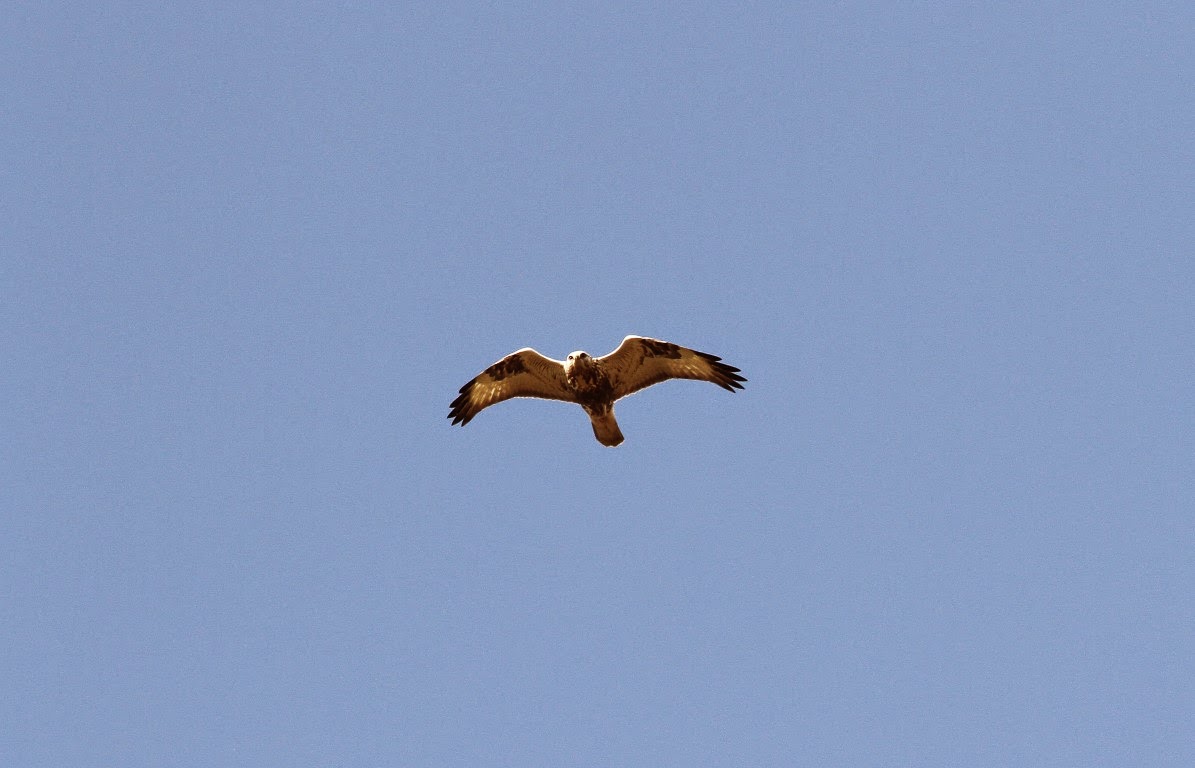 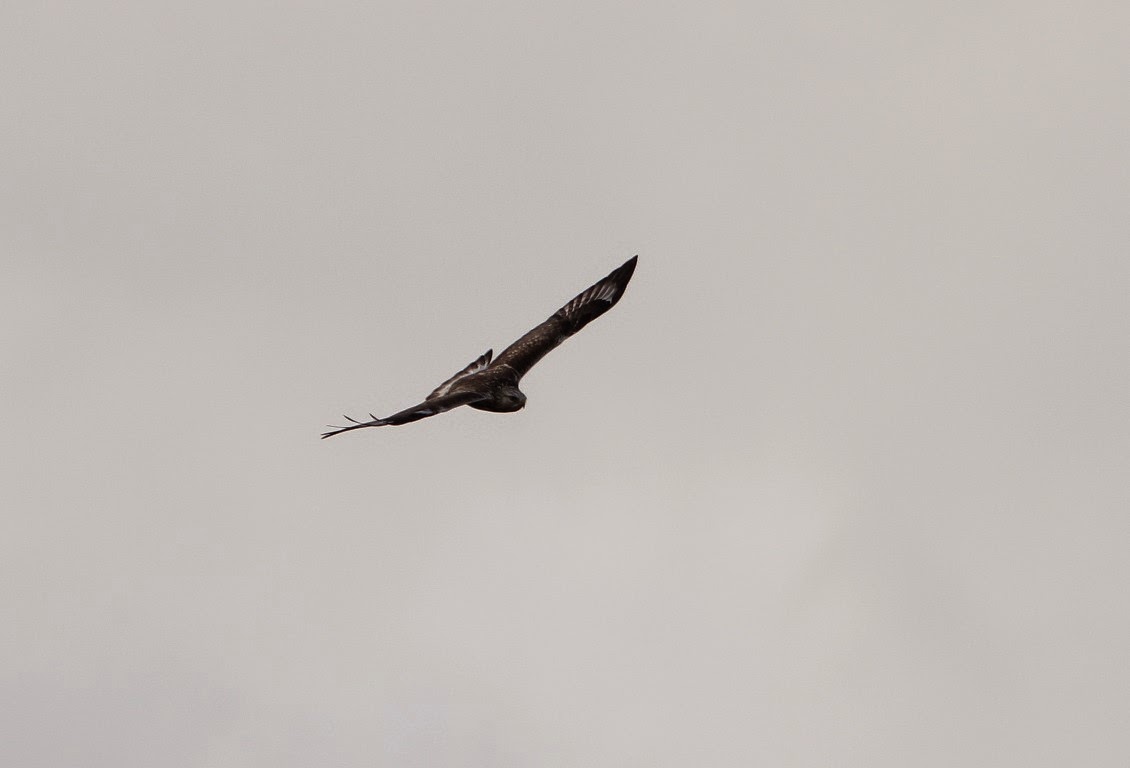 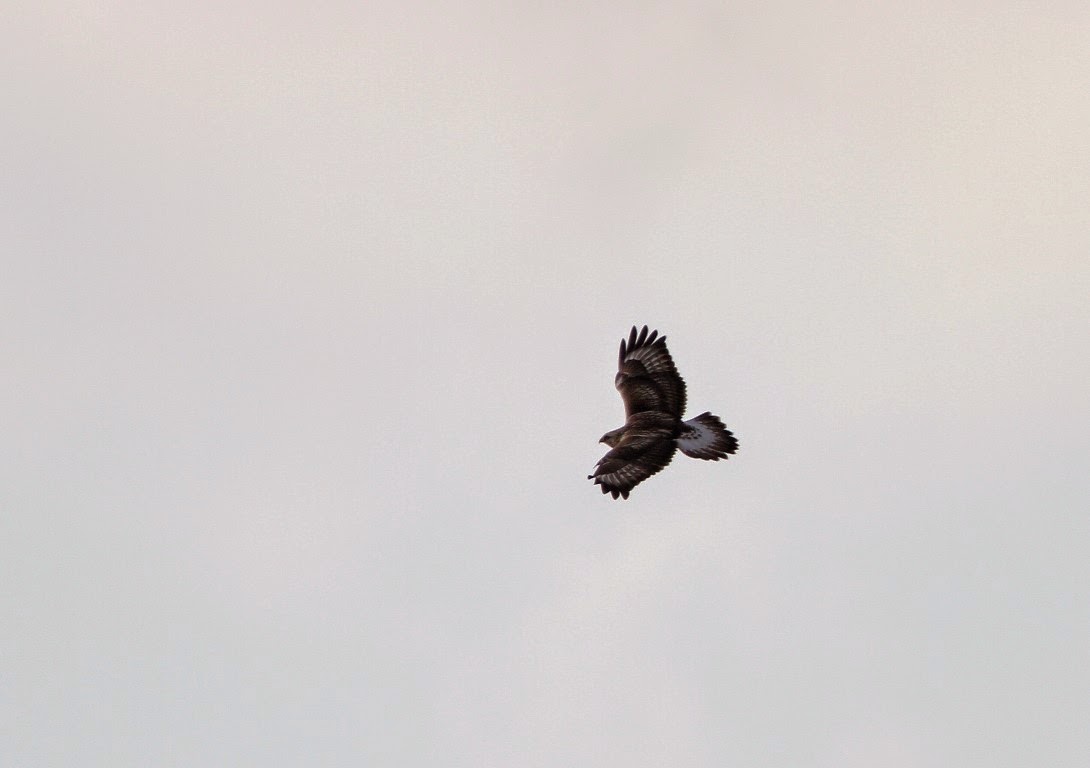 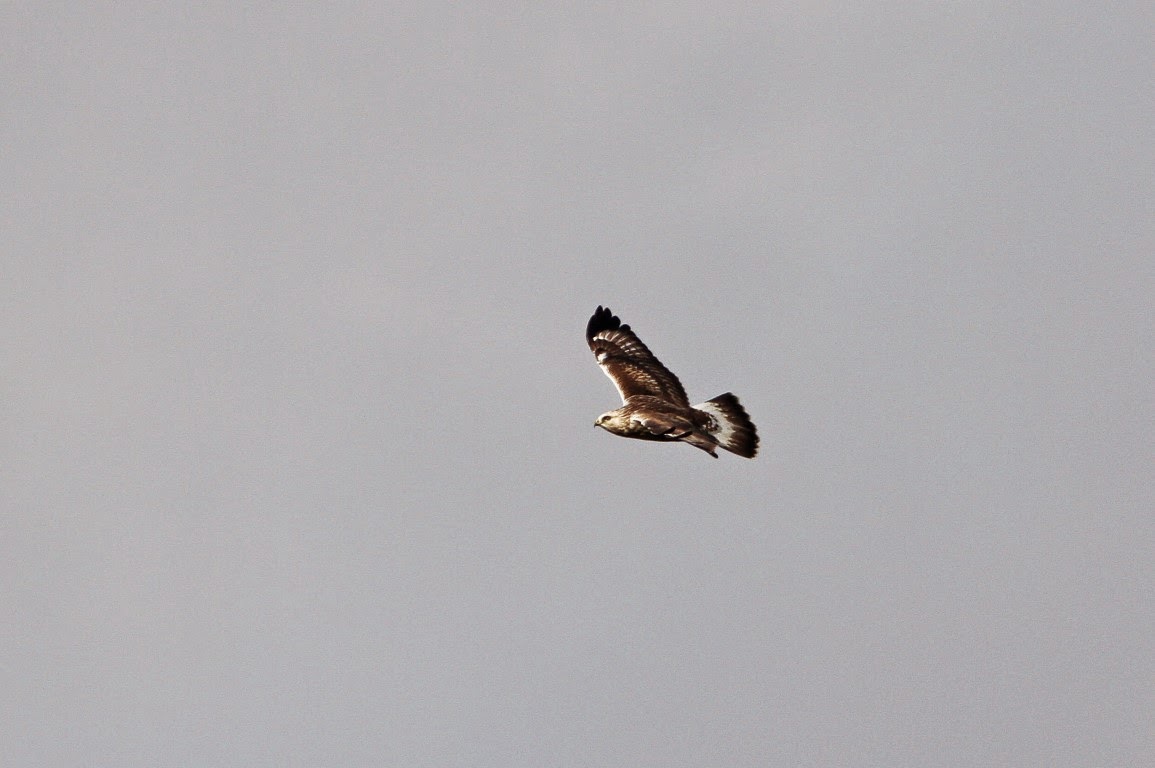 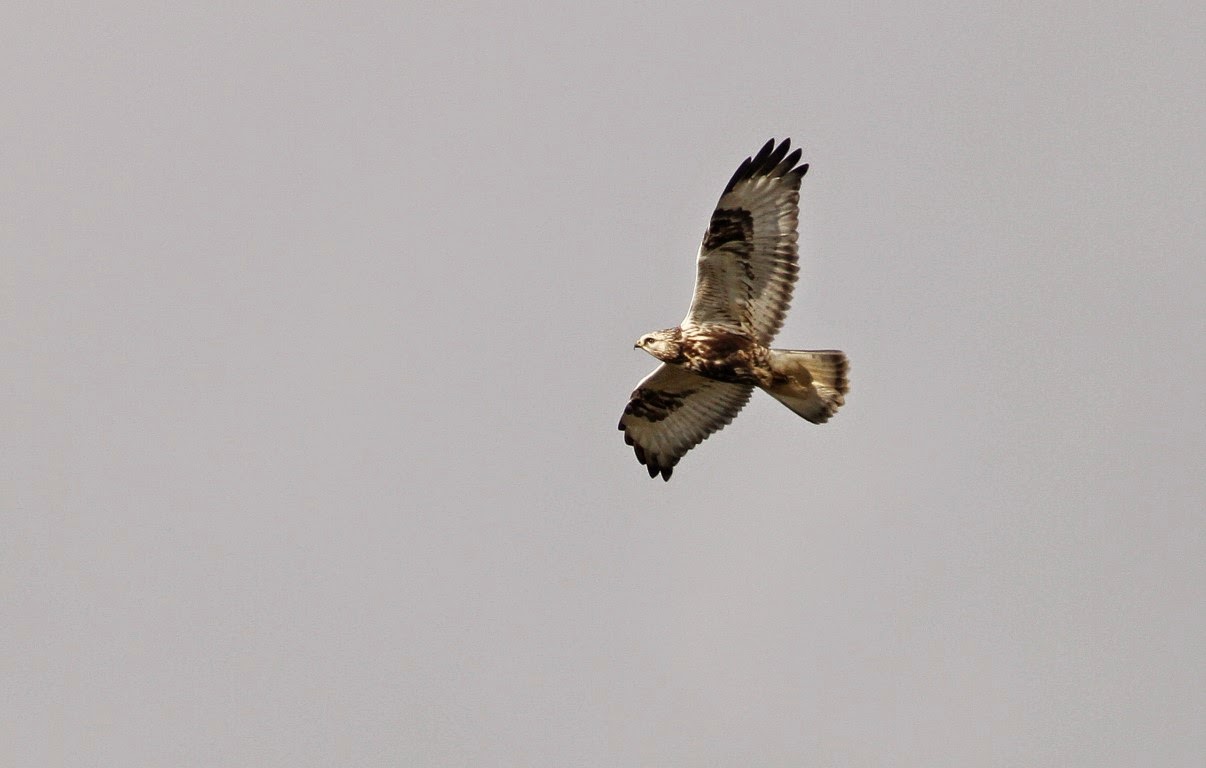 Posted by Dave Morrison at 23:55 No comments: 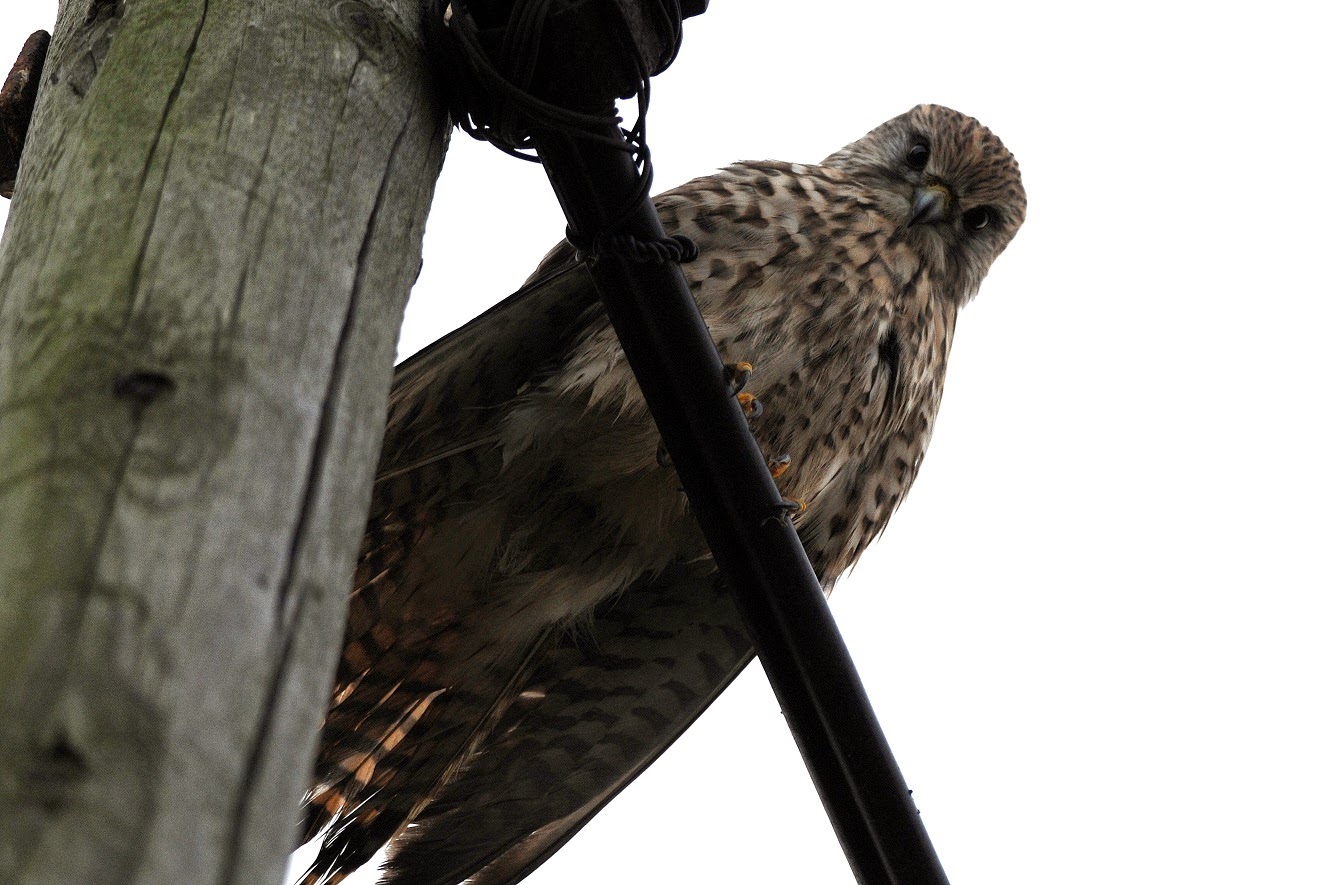 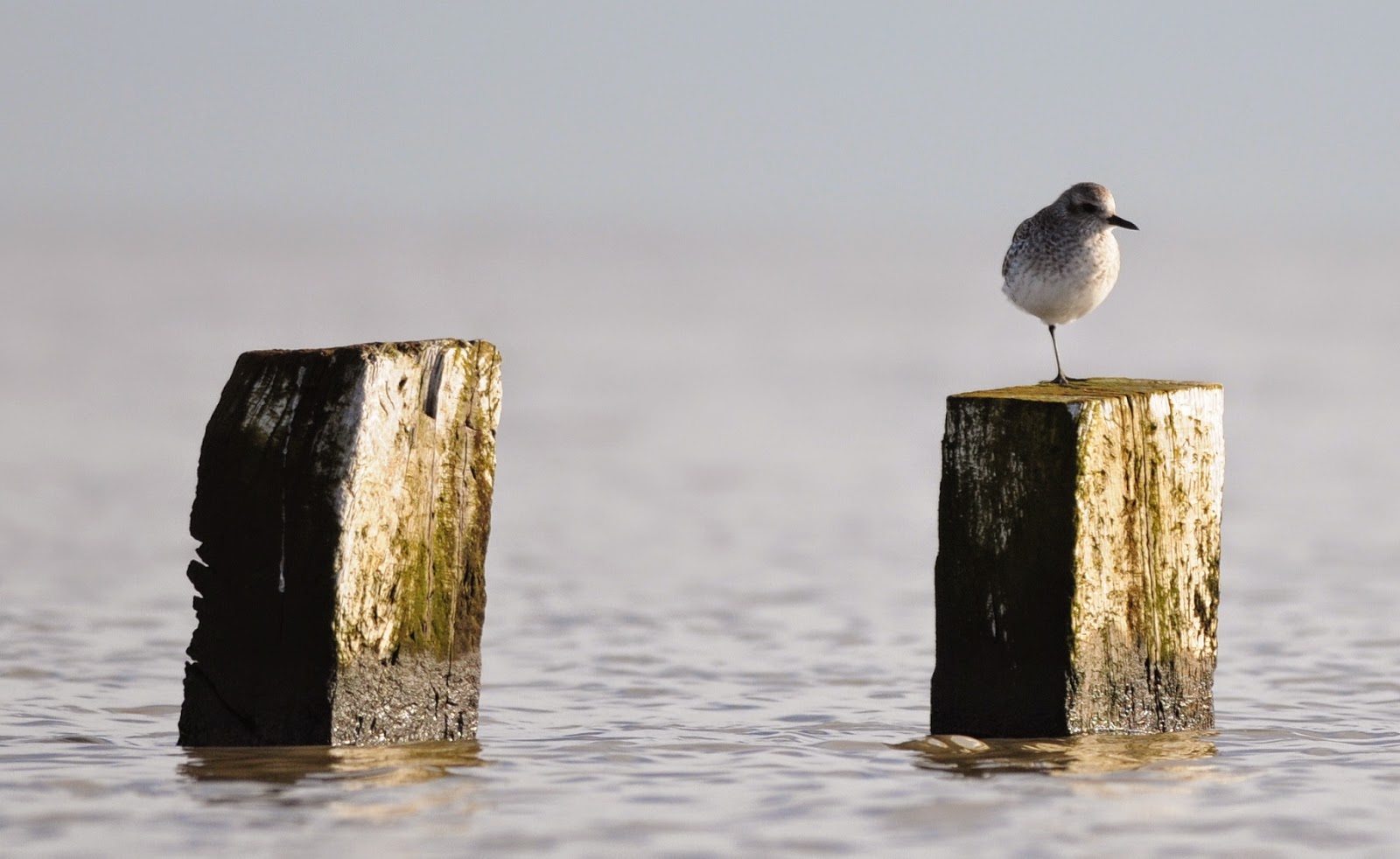 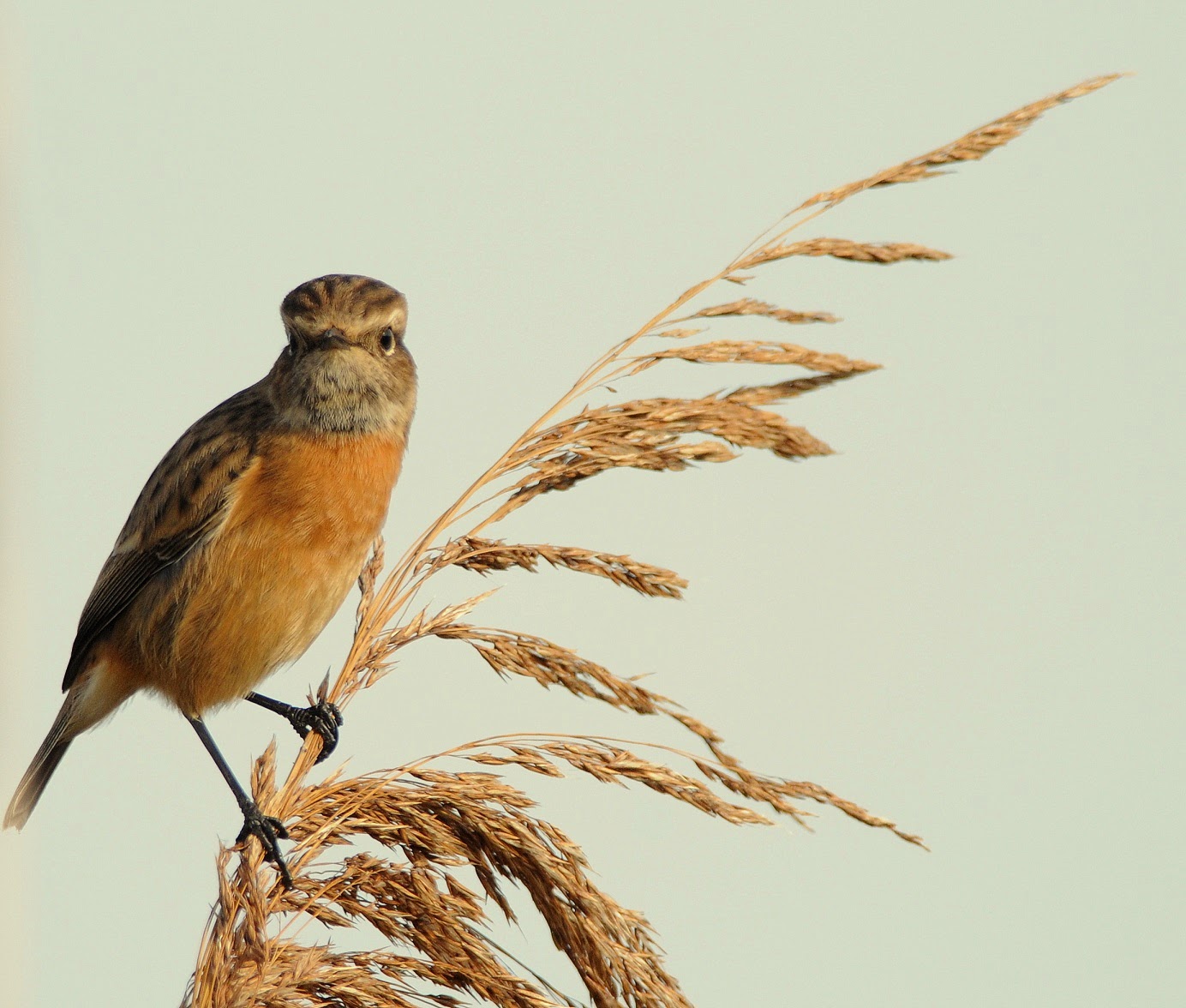 Posted by Dave Morrison at 01:41 No comments: