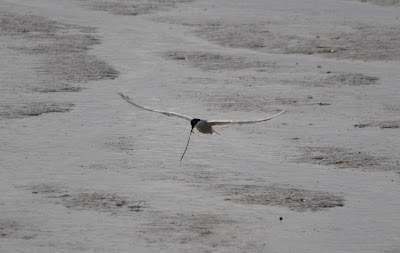 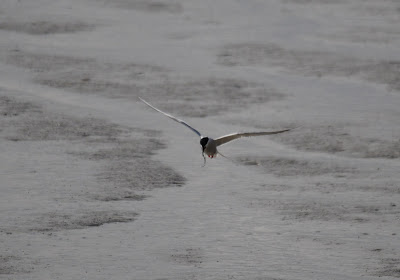 I have been working away lately so not getting a lot of time to blog, below are a few shots from the last couple of weeks. No apologies for more Red Kite photos, what are you supposed to do when they keep flying over your head. 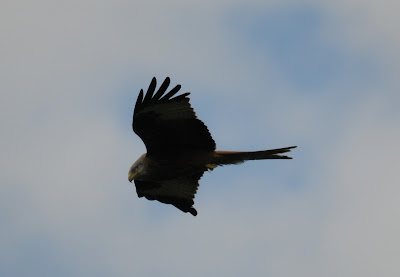 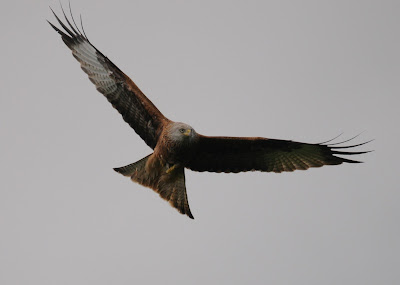 I also watched a curious meeting between a Muntjac and a Fox, hope I have the Deer right, the Muntjac just seemed curious as to what the Fox was up to.It was the Fox who moved first. 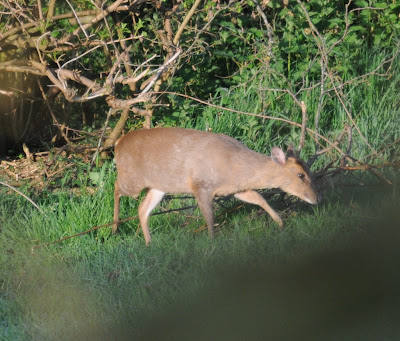 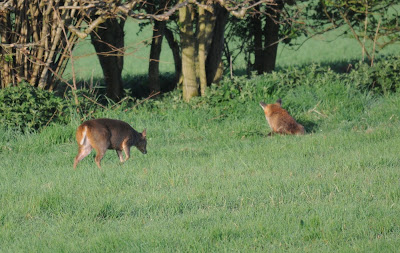 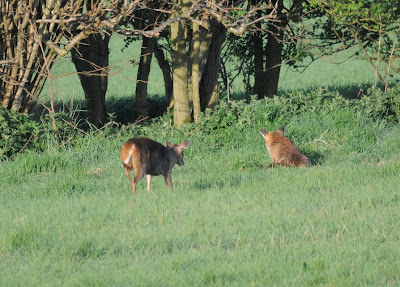 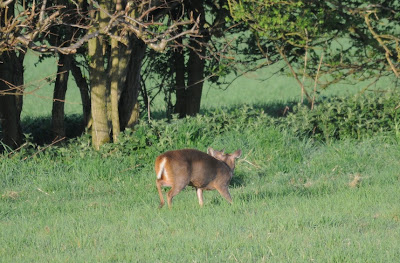 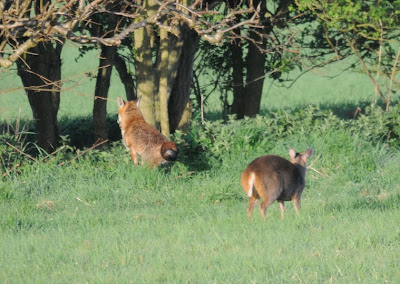 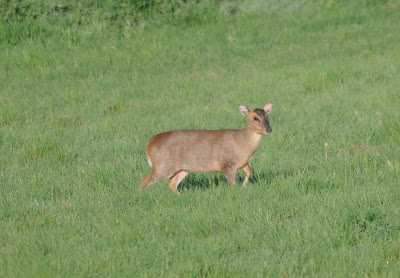 Posted by Dave Morrison at 14:24 No comments:


This site had been planned for a must see for quite some time, not only was it full of endemics but it was a spectacular island and glad to say my wife Christine came along with me as well. The trip cost 66 dollars each, around £38.00 sterling and the crossing to the island from Auckland took around 1 hour 15 minutes via another port of call Gulf Harbour.

On the way Buller’s Shearwater were numerous and good numbers of Arctic Skua’s were present harrying the plentiful White Fronted Terns.
On arrival you first have to go through the procedures of what you can and can’t do as it is such a sensitive eco system, once completed, there were probably around 170 of us, your off on your own. 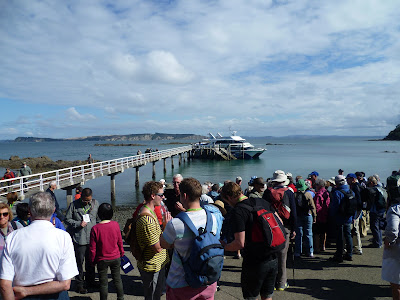 Walking along with a large group of people was not ideal for seeing birds, so at the first chance we detoured off on one of the marked trails, immediately we started seeing birds. First one then another Fantail made themselves known, very approachable and I soon realised why they were sticking with us like cattle. As we walked in the low grass we were disturbing Moths, the Fantails were then picking them off around our legs at their leisure, this went on for around a 100 metres before both birds disappeared. 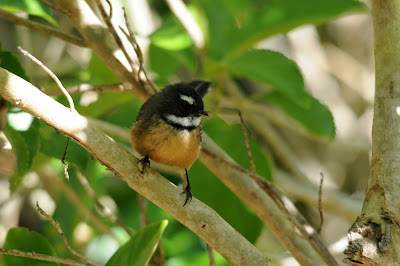 Still in exotic woodland we moved on, I got brief glimpses of a New Zealand Robin before coming across 3 Saddlebacks, these again were very approachable, we then saw a rather close Bellbird along with a number of Brown Quail. Everything we had seen so far seemed to have no fear of people, the whole island is predator free so there does not seem to be a natural alert and awareness. Other than the occasional Australasian Harrier overhead, there is nothing to trouble them. 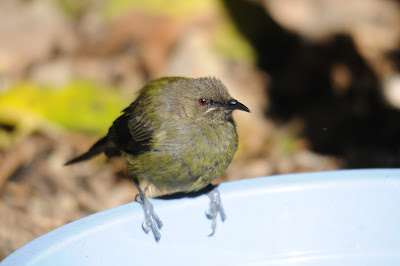 One of the birds which the island holds is Kokako, its other name is Blue Wattled Crow, this was going to be the hard one and so it proved, we covered a lot of ground but unfortunately it was not to be. I heard later that the large group that we detoured from had spectacular views, sod’s law.

Time was marching on so we headed for the visitor centre, this was spectacular to say the least, Australasian Harriers overhead, Takahe walking around, more Bellbirds and Saddlebacks with Tui’s monopolising the feeders. A New Zealand Pigeon then dropped in, up close they are big, a good size larger than our Woodie and nowhere near as common, in the whole trip I saw around 6. 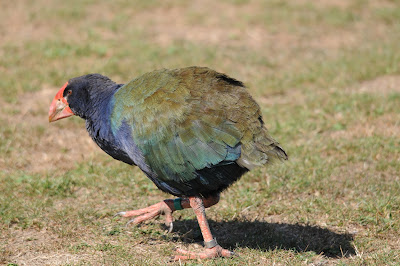 After refreshments and rattling off god knows how many frames we left and entered another trail, we quickly located Whitehead (lots) and then came across Stitchbirds, another one that I was after, the males are nice.
Coming to a gap I then got good views of a New Zealand Robin, these were another must see bird, same shape as ours, perhaps a little larger and seems to stand more upright. 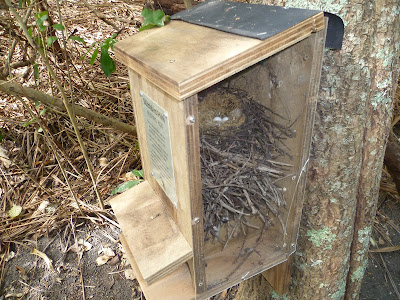 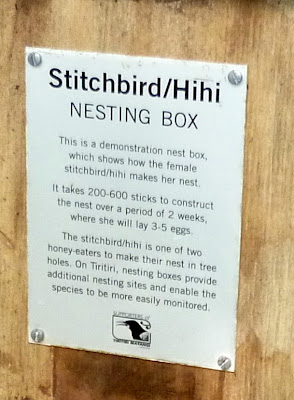 Rounding a corner I then got Kakariki (Red Crowned Parakeet), this was harder to get close to than the 4 Eastern Rosellas that we had seen earlier.

It was getting close so we made our way back to the boat for a 3.30pm pick up; 5 hours had passed very very quickly, always the case when you’re having a good time. If you miss the boat, and it leaves dead on 3.30pm, your there until the next day unless you want to savage your wallet.

A passing finale was 2 Fernbirds creeping around just about viewable, these make Groppers look showy; Fernbirds are hard to see tending to stick to deep cover. A final look at the Blue Penguin nest box was an end to a cracking trip.

You can also arrange to stay overnight to catch up with Little Spotted Kiwi, next time….

Posted by Dave Morrison at 23:05 No comments:


Of late I have been working away and have been lucky enough to catch up with some good birds, below are some from the last week or 2.There’s always a twig in the way….. 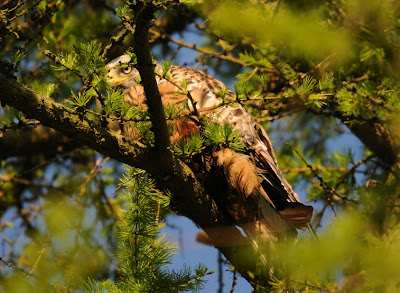 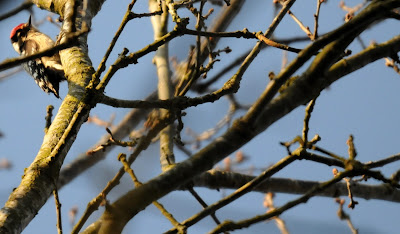 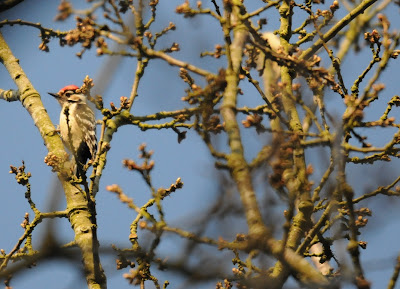 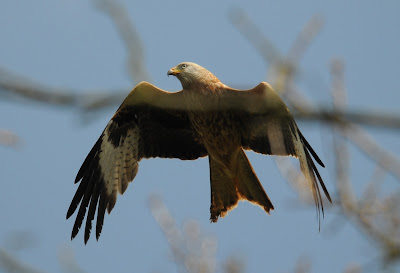 Posted by Dave Morrison at 08:59 No comments: