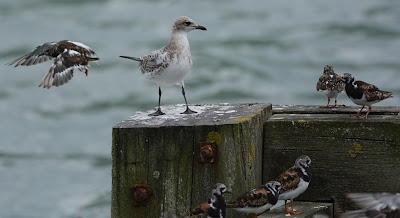 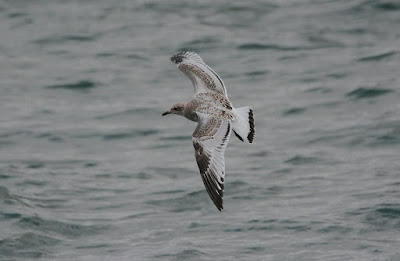 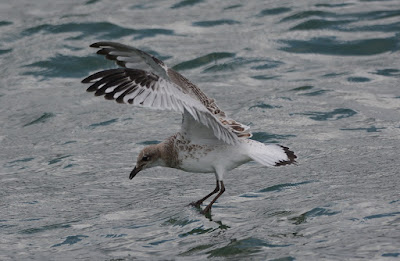 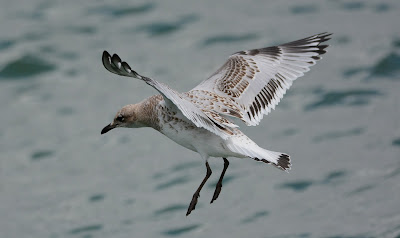 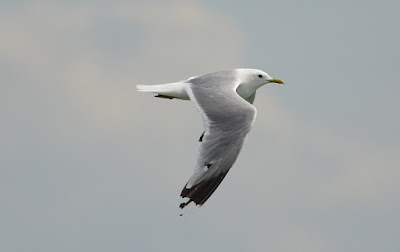 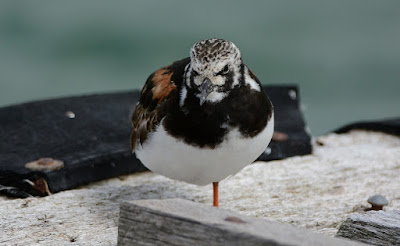 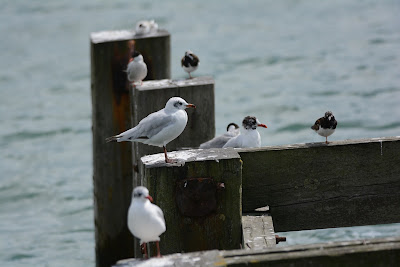 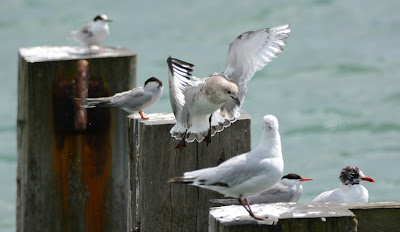 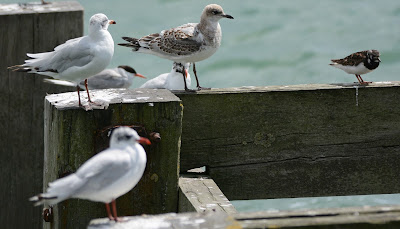 One of my favourite venues, a long overdue visit was undertaken with the recent news of some specialty waders, namely Temminck's and Little Stint along with some Curlew Sandpipers.

Bright sunshine greeted me on arrival, I had also forgot that you are always looking into the sun when viewing from the road in the morning, consequently photos are a bit naff.

Not one to complain with the glare however, it is a fantastic site which can be covered in a relatively short space of time navigating around it.

Photos below show the highlights from the visit – albeit distant and record shot photos.

Managed to catch up with all barring the Little Stint and finished the morning on 13 Wader species, also seen were 4 Raven and good numbers of Bearded Tits. 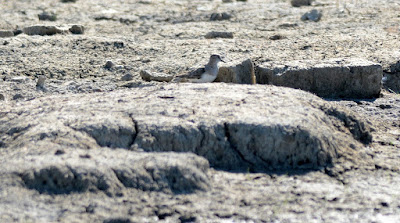 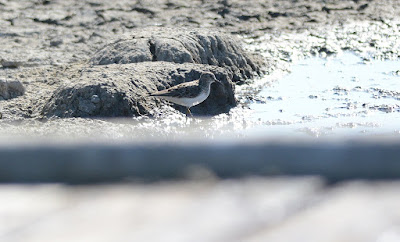 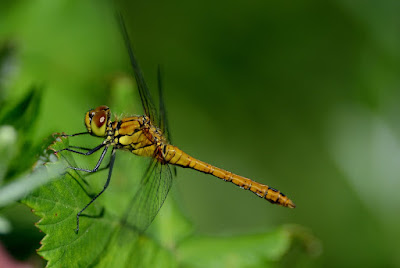 Posted by Dave Morrison at 07:45 No comments:

Although Gulls are not everyone’s cup of tea, mine included unless it’s a Med, I must admit to keeping an eye on the Gull colony at Beckton.

Nothing against Gulls but one must have their priorities, hooked beak and talons stirs the blood far more.
I have no doubt that one day the Colony will come under threat, nothing is ever left the same nowadays unfortunately.

The Beckton colony may well be one of London’s largest and possibly oldest Herring and Lesser Black Backed Colonies, I record it every year and I know Gary James covers it as well.

More recently Great Black Backed Gull has taken to nesting on or near it and given that the larger Gull preys on both species chicks; it is a bit of a surprise that they tolerate it. Much I suspect is down to outright size and aggression of the larger Gull, basically I suspect there is not a lot they can do about it.


I counted the colony earlier in the year and arrived at 80 incubating Lesser Black Backed and 41 incubating Herring Gulls, the colony is pretty stable annually.
In terms of breeding birds of London it is a very important colony, and given that Herring Gull is now Red Listed even more so.
I know that Gary records it as well so his figures are likely to be different to mine, especially as we didn't count it at the same time. 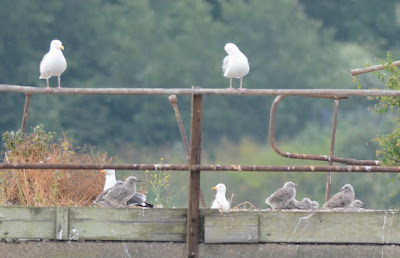 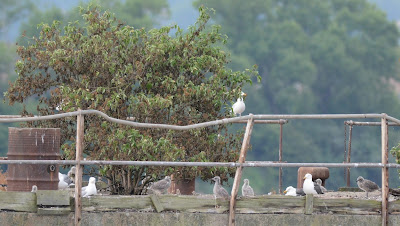 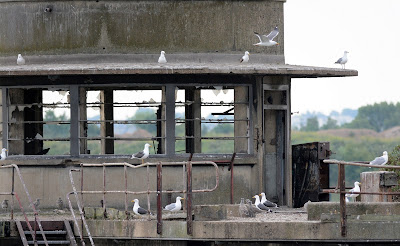 Around a mile down river there is also another colony, a different species, Common Tern, again I dare say it is London’s largest and as I confirmed, growing.
I have blogged about this Dolphin Jetty before, for those not aware Dolphin Jetties are the small pontoons on the end of a main shipping jetty that ships use to secure to. Needless to say they make ideal nest sites with the old ropes on them that never move, they are also not accessed.

Over the last few years I have been trying to get them recognized officially, the power that be are obviously a little concerned but with the help of the London Wildlife Trust and the Environment Agency forward momentum is increasing. 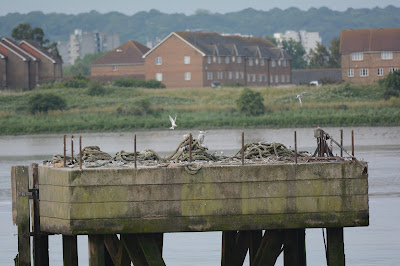 This year the colony topped out at 39 incubating Common Terns and for the first time, they used the adjacent Dolphin Jetty adjacent to the main one.

Imagine if other unused/derelict Dolphins were shingled out, there is potential there to increase Common Tern breeding further along the Thames.


I at last managed to get over the Valley and got very lucky in locating a Wood Sandpiper, there were 2 at the time, but as usual, I didn't check the camera after snapping away.

Well done to Paul for confirming the 2nd bird. 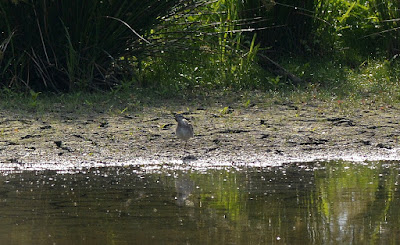 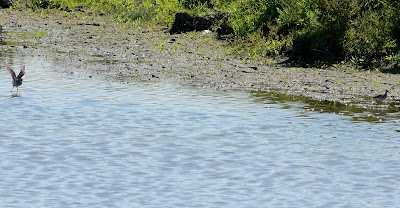 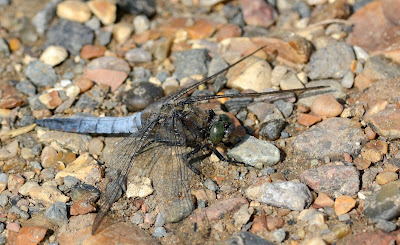 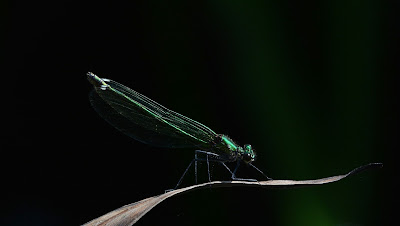 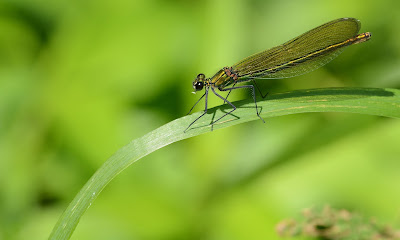 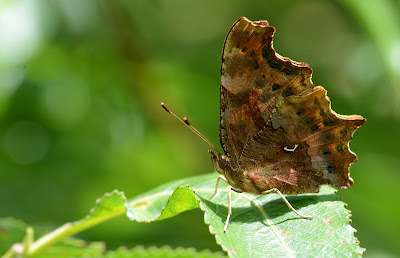 Posted by Dave Morrison at 01:13 No comments: 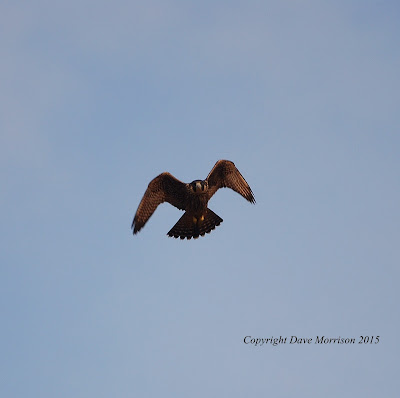 Glad to say that I ‘m still out here surveying, mostly nest site location, I couldn’t imagine a better or wilder place to survey than the North Kent Marshes.

I am a big fan of the place along with Sheppey, both are superb winter birding sites and even in the quieter months of high summer they still produce good birds.

Top of the list goes to a flushed Quail on June 4th and more recently I had a total of 5 Ravens, presumably a family flock, feeding on the carcass of a dead sheep. Good to see the big Corvid widening its range, is it the same birds that grace Rainham RSPB, hard to say with Rainham being 15 miles away.


On Monday I had another good bird in the shape of a Spotted Redshank, full summer no less, they are quite stunning. It was on the last remaining pool and as soon as it saw me it was off, not even giving a chance for a photo.

Others, as you will see below have, Monday’s highlights, other than the Spotshank, were 2 recently fledged juvenile Marsh Harriers, 2 Green Sandpipers, Greenshank, Avocet and good numbers of Yellow Wagtails. 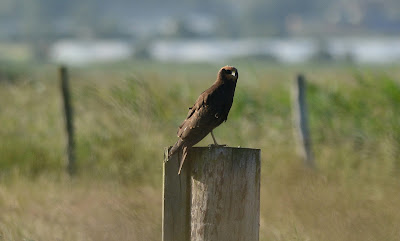 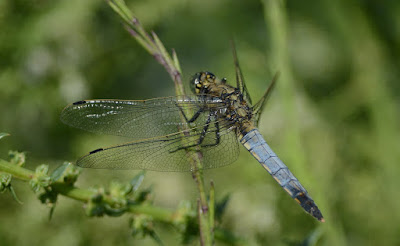 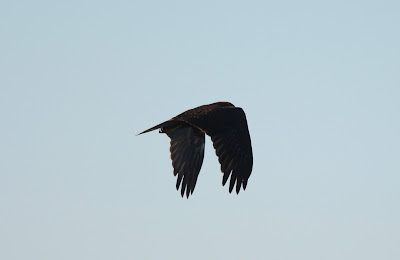 Posted by Dave Morrison at 04:11 No comments: