Glad to say he made it, picked up the little chap from South Essex Wildlife Hospital on Wednesday 20th, as ever they did a fantastic job and he looked a far cry from when he was found, he looked lively and his feathering was back to a nice colour.

Always good to see a bit of attitude on release, he flew and climbed quickly landing on a pylon, its one he always uses. Watched him for a while before he again flew west, he had fed well in the morning so presumed he was having a look at territory or looking for the female as 12 days had elapsed since Friday 8th.


Left him to it and had a look round site and came back a couple of hours later, briefly saw the female with him before he then started preening back on his favoured pipe.

A good result all round considering his condition on the 8th, I didn’t think he would make it.
Posted by Dave Morrison at 19:37 2 comments:

Occasionally whilst birding you have really good days where you can do no wrong and the bird’s line up for your viewing pleasure, Saturday was a very good day it has to be said.

It was patchy fog which soon cleared to reveal a stunner of a day on the North Kent Marshes, as I have said before it is one of those magical places to be when the sun shows itself at dawn, just love the wildness of the place and the birds it attracts.

Couldn’t locate the Little Owls from the off but starting the usual transect gave no indication of the good birds to come, there all good birds I know but some being scarcer and less seen do give you a kick.

First up were 2 Short Eared Owls, one flushed which promptly flushed another before both did a few circuits and then plunge dived into long grass. 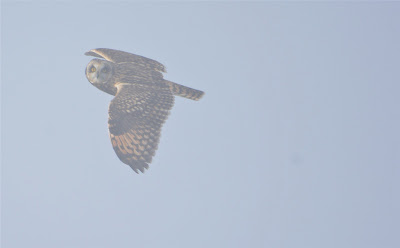 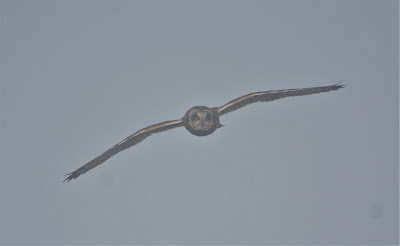 At least 9 Bearded Tits were heard/seen before I did the return leg, having marked the 2 SEO who had not moved from the position last seen, I then walked up another in cover around half a mile away which promptly flew around me before again dropping down into long grass. 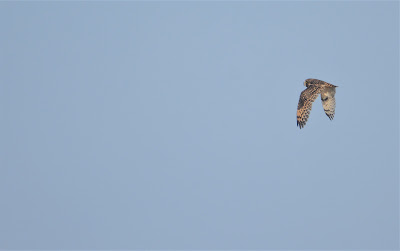 It’s been a while since I have seen 3 Short Eared Owls here, in the past winters yes, when the Rough Legged Buzzard was present but hopefully seeing 3 was a sign of a good winter coming for them.

In the meantime I had also seen Common Buzzard, Peregrine and brief views of a Merlin scattering all the waders as it flashed past.

Moving on and glancing back at one of the Fleets distantly showed a Great White Egret standing in the shallows, always good to see this ever increasing Egret. Both myself and Paul keep checking the Cows and Sheep for Cattle Egret but none as yet although I understand they have been in the area.

Whilst recording the Greylags a Raven was seen, unusually on its own, used to seeing them in pairs, after this I eventually reached the river.

A single Common Scoter sped by with 3 Great Crested Grebes also seen fishing before hearing a call of a trilling Finch/Bunting overhead, the mind went blank, as it does at my age, before the call eventually registered – Snow Bunting.

The last time I heard these was in Scotland 2014 with the boys so great to catch up with one, presumably the same one that was seen east of here by Chris or Frank. Managed to get a couple of record shots as well as it turned and came back over me, that was hard enough as it wouldn’t fly straight. A F5.6 200-500mm is not designed for a small relatively close Bunting, out of 20 shots, 2 were in focus, there are times when I wish for my old F4 300mm as the auto focus was a lot sharper and quicker. 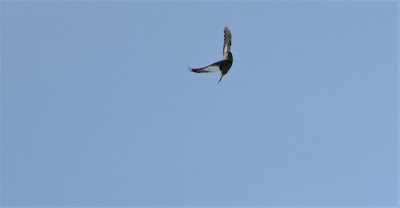 After this walking back to the car I unbelievably kicked up another Short Eared Owl, admittedly I was looking for this one as I have had one in this area before, pretty sure given the distance covered in the walk and noting where they went down, that these were all separate Owls.

So all in all 4 Short Eared Owls, not a bad morning, photos were hazy with the early morning fog but can’t complain given the quality and number of birds seen. 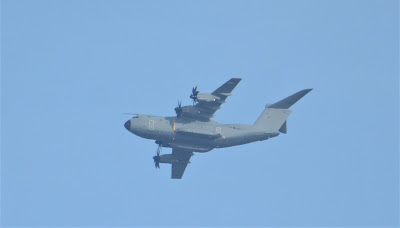 Posted by Dave Morrison at 19:25 No comments: 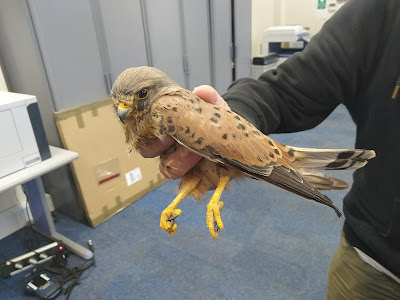 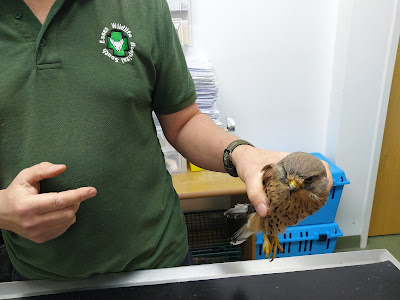 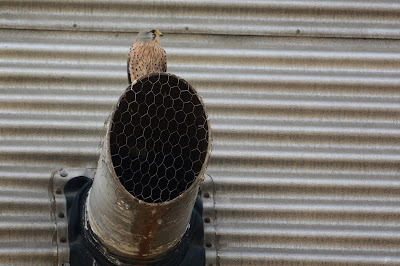 Posted by Dave Morrison at 21:42 No comments: