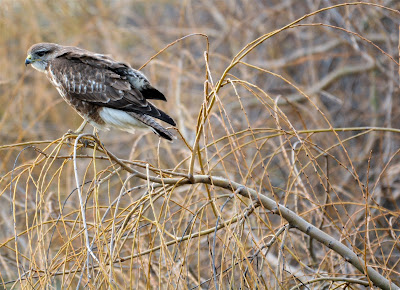 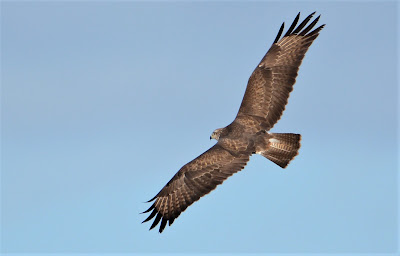 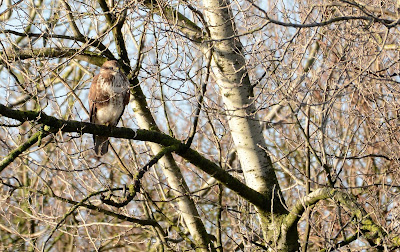 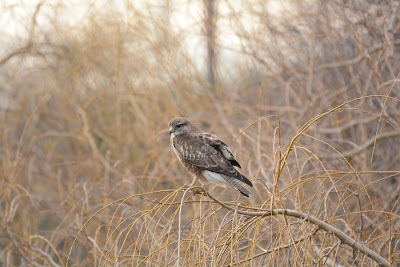 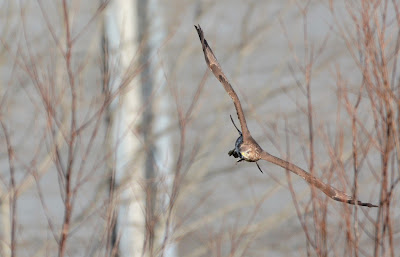 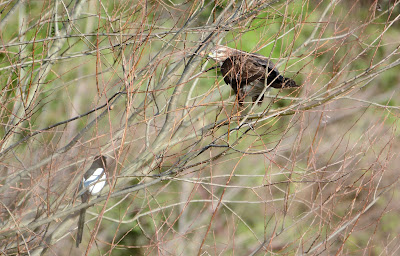 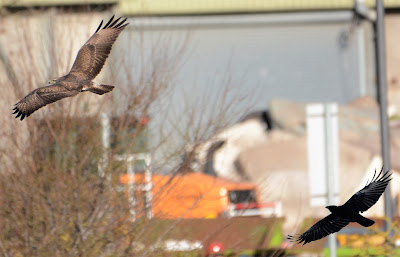 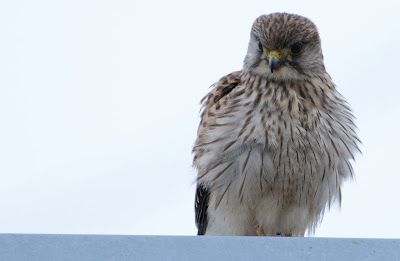 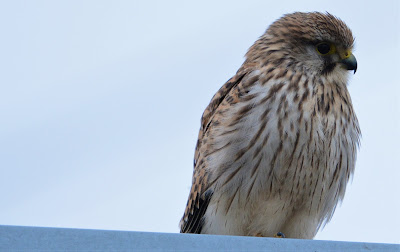 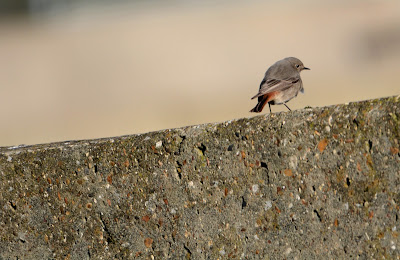 Posted by Dave Morrison at 19:15 No comments:

A scenario is developing at the Power Station that I have not come across before, a lot has been observed on CCTV which has given me a good insight into the family’s behaviour.

The established pair, the Falcon arrived in December 2013 and the Tiercel I know is 12 years old from photos have bred very successfully, raising multiple broods since the Falcons arrival, to be precise 18 juveniles fledged to date.

Quite remarkable as well is that the most successful breeding period has been whilst Construction was, and still is, in full swing.

They raised only a single juvenile last year, a male, incredibly he is still present, much of the reason could be that his father, the adult Tiercel, was last seen on November 4th by myself. Over the last 11 weeks I have searched for him, being territorial all year round I should have picked him up at some time stage from multiple visits.

I can only presume that age, or the dangers of an urban environment in London may well have caught up with him, no doubt it will remain unknown. There is enough strength in depth in London of adult singles for him to be replaced pretty quickly, on a couple of other sites I have had adults replaced within 2- 3 weeks if they go missing(ringed adults). If an intruding stronger Tiercel drove him off/or even killed him I would have expected it to have taken his place as part of a natural process, unless the Battersea Tiercel intruded on another pair and was attacked.

However the juvenile is still with us and not looking like leaving at all, without his father’s influence/aggression as we fast approach breeding, it could be that the Falcon may well not push him on either if he doesn’t leave of his own accord.

This could boil down to the fact in that, how is she now seeing him, as an offspring or a potential mate? I have seen her showing slight aggression but this is was over prey, she mantled it and did not want to share it ,that's normal beit adult male or juvenile male.

I did a bit of research regarding incestual relationships amongst Peregrines, it is documented in the USA, not common however and I also received the following below from Ed Drewitt.

In Bath in 2008 we had a first year bird paired up with his mum after dad disappeared around the egg laying stage. He reared the chicks with her and carried on breeding with her the following year.

Lots of permutations that could happen -

They could just summer and breed in 2020 if the juvenile is not ready this year.

The juvenile could just up and leave.

If a stronger adult Tiercel come in and attacks the juvenile and ousts him, with the Falcon's still apparent maternal instinct, will she allow this and bond with an intruding Tiercel?
I say maternal instinct as she is still, on occasion feeding him; I haven’t seen adults do this so possibly not seeing him as a mate?
However I have observed ledge display lately on 2 occasions between them, this is usually reserved for paired and bonded birds.

As previously mentioned there are enough singles in the wings, it is likely that the juvenile’s presence and possibly the Falcons reaction may well be stopping a new Tiercel coming in.

In February I should know more, it will be very interesting to see how it pans out......

Also noted during the last week or so, the Falcon has taken at least 5 Black Headed Gulls including a Gull taken at 12.45am in the morning, 100% nocturnal hunting and I suspect resulting from more Gulls on the river coinciding with the cold spell. 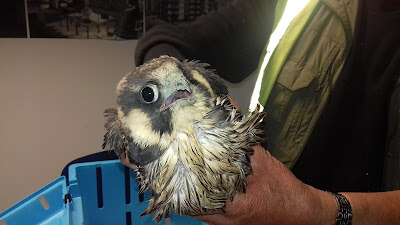