So far this year locally, the birding has been good in terms of spring migrants; Rainham in particular has delivered pretty well.
Of late, when I have had time, I have put in some early morning visits that have proved very productive.

The best birds so far for me at Rainham, other than the unfortunate deceased Razorbill, were probably the combination of Red breasted Merganser, Knot and Bar Tailed Godwit in Aveley Bay found by Paul.
The Mergs were likely the hardest of the trio to catch up with; I can probably count on one hand how many I have seen at Rainham over the years.
A good bird that I did not get to see was the Stone Curlew; however you can’t see them all so quite happy with proceedings so far.

The fact that last year I finished the year on 122 and this year am already up to 118, speaks for itself, hopefully a sign of some more good birds to come on the Reserve. 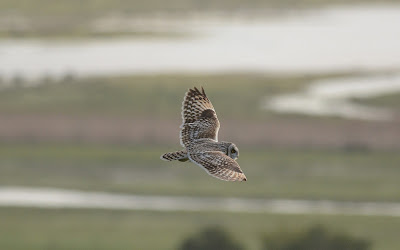 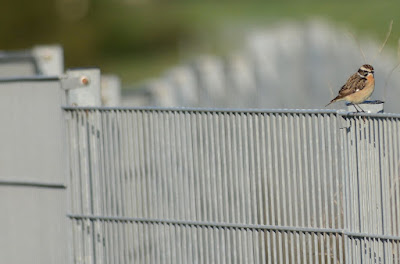 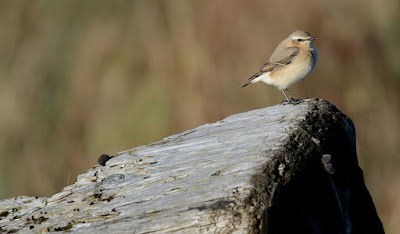 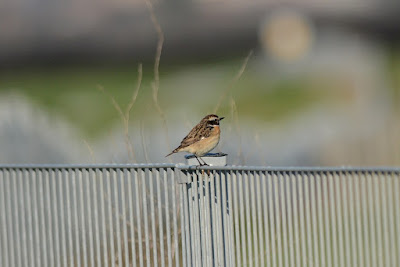 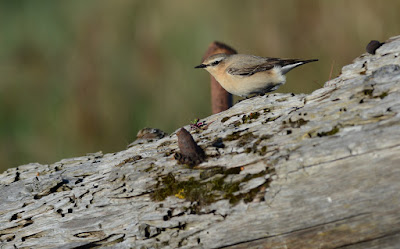 Ingrebourne Valley has also got off to a good start with 89 species, to date the best birds I suppose would rank as Greenshank, Mandarin Duck, Grasshopper Warbler and Bearded Tit for me.

Red Kite has eluded me, as it has at the other patches, the Valley has seen 5 of these cracking raptors go through this year.

The viewing area is looking good and as long as the river doesn’t burst its banks again, the mud that is showing may well attract more waders.

Barking is a relatively small patch that I cover but nonetheless still provides some good birds at the Outfall or on the Thames Water site.

The Barn Owls continue to hold on despite massive works and changes to the site which is great news, it just goes to show how site faithful they are.

One of the highlights recently other than the birding has been a regular Harbour Seal; I suspect it is there mainly due to the presence of the fish which feed at the Outfall. Whatever the reason it is a welcome sight to see one this far up the Thames. 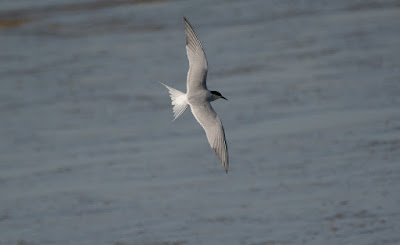 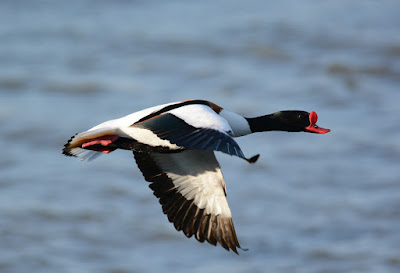 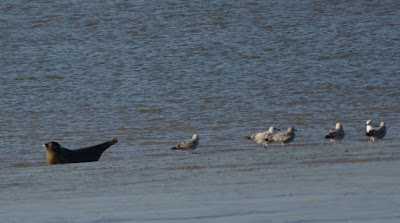 The list goes well on 69 species for the year, surprisingly not one Hirundine has been seen but it is early days yet.

A good week at Rainham started last Saturday with news of a Razorbill found by Jonathan Nasir on Aveley Pools, the bird had presumably flown from the Thames in bad weather. A local mega, many needed it for London including myself so a quick dash was made to see the bird late afternoon presuming that it would not stay.

A few of us got to see the bird, thanks to Howard for staying open, but sadly it died a day or two later, not sure as to the cause but possibly it could have been injured or died through starvation.

As much as you like to see local rarities, you don’t like to see them in these circumstances. 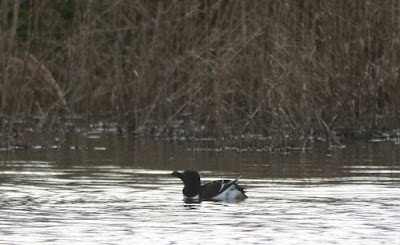 With a day off today (Thursday) I made a dawn visit to Rainham and decided to walk the river wall, it was high tide, other than the Razorbill visit, I had not visited the site since March 17th.

With many migrants now in I was hoping to bolster the year list which currently stood at 95. 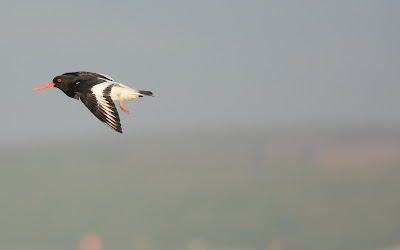 First tick just after the centre in bramble was Common Whitethroat (96), scoping the Reserve then produced 16 Curlew at roost and, on their own 2 Whimbrel (97).

A good look through the islands on the scrape though failed to produce the hoped for Little Ringed Plover, if I remember correctly it took me a while to get one last year.

Moving on I then heard the Grasshopper Warbler (98) and not far from it, Reed Warbler (99) doing a bit of sub song in the early hours.

The Gropper I understand has been around for a couple of days.

All the time I was keeping an eye on the river and I then got on to a Ringed Plover (100) flyover calling, another bird that I had failed to connect with in the winter.

Staying with the river then produced 2 Sandwich Terns (101); these can be difficult, I didn’t get them last year at Rainham.

A Short Eared Owl was seen briefly hunting before I arrived at the Serin mound, no Wheatears so far but on the grapevine a Whinchat was seen on the Reserve.

After a while I turned and headed back along the river wall after failing to find any Chats or better still, the recent Merlin, another bird missed so far.


Approaching the Salting’s then showed not one but two Short Eared Owls with one on the ground and another quartering, getting late for these so could prove interesting if there still being seen in May.

It is also possible that there may be 3 birds after I picked up another bird with prey coming from another direction very shortly after. 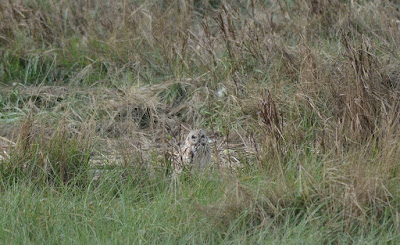 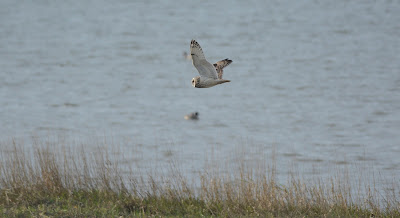 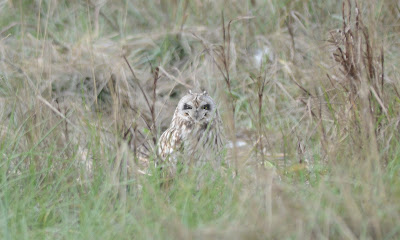 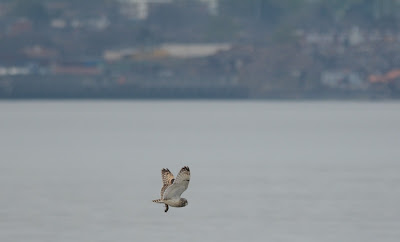 Another flyover wader then went over high calling and Greenshank (102) was seen heading onto the Reserve.

The other wader which I keep missing is Spotted Redshank, I understand it was seen later in the day on the Kent side, getting its colours as well. 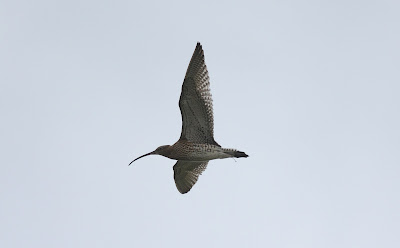 Moving on, still no Wheatear, I got onto 4 Common Terns on the river which bought the year list nicely up to 103, thinking that was it for the day I made my way to the Centre for a cuppa.

En route and shortly before I met Howard a Ring Necked Parakeet went over calling so finally finished on 104.

A very good enjoyable morning walk, good numbers of Common Whitethroat and Sedge Warbler are in but rather unusually I didn’t pick up any Hirundines.