Earlier in the month I placed a post on an injured male juvenile Peregrine, his left leg hanging down and to all appearances broken where it joined his body.
Since that posting I have been keeping an eye on him to see if he will deteriorate in condition and also to see if he goes as the adults were not feeding him.


I am very happy to say that the little chap is hanging on in there, from Sunday’s visit it looks as if he is surviving on the adult’s leftovers. He is a game little chap as well, on Sunday he waited patiently as the Falcon fed, he was sitting about 3 metres from her occasionally giving the hunger call, she in turn mantled the prey, in this case a feral pigeon. After 25 minutes he again started to call, this time edging closer to her, she made herself look even bigger already dwarfing him being a female, instead of backing away he made a grab for the kill. There followed a free for all and he came away with part of the prey so well done to the plucky little fella, he deserves to make it. I dare say the Falcon, they are dominant over all males be it adults, juveniles or immatures probably did not put up much of a struggle being her offspring.


Watching him fly after this showed the leg to be held closer to the body and even perched, it was not hanging down as much as seen a couple of weeks ago. With the right foot holding part of the prey, the left was drawn up tighter to the body. Additionally when he emerged from roost in the half-light I thought at first it was the adult Tiercel as he was more streamlined as the leg was not on show.


The question is now though, how long will the adults put up with him, and is he capable of making a kill himself with the leg the way it is? I like to think that he is capable, he did have a couple of half-hearted hunts at an earlier stage and is flying much better, I will have another look at him this weekend.

Posted by Dave Morrison at 11:52 No comments: 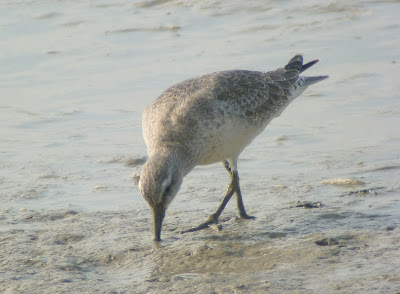 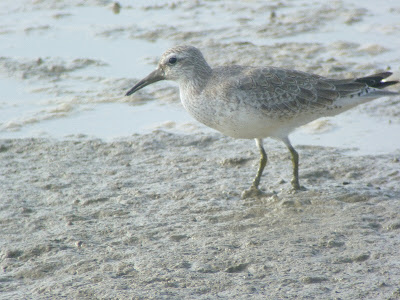 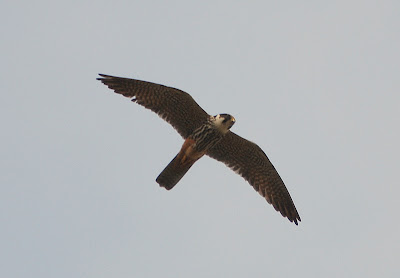 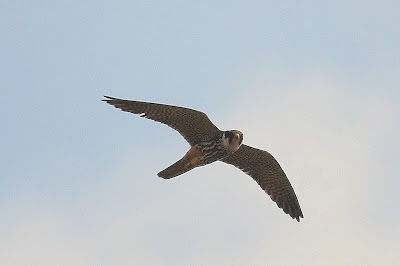 Posted by Dave Morrison at 08:08 No comments:

I have been very busy of late and have not had time to post the sightings from the Bay, I squeezed in some visits which I have listed below.

Whinchat – 4
Black Tailed Godwit – 2 feeding on mud
Common Sandpiper – 11 – usual spot, they seem to like the area around the large jetty
Dunlin – 1 on the mud
Oystercatcher – 2 on the mud
Common Tern – 7 seen on the river

A quick visit paid dividends with a site tick, a Spotted Redshank, this followed on from the one John Archer found relatively close at Fords Dagenham earlier in the year. Not usually associated as a Thames side mud feeding bird like Redshank it was a welcome and unexpected addition.

Another lightning visit around mid day, rewarded this time with a Marsh Harrier seen on the other side of the river, initially low and then thermalling and heading south.

A good visit, with a good spread of species, I would have liked to have stayed longer, the sky promised a good Raptor, especially after Johns Honey Buzzard on Friday .I met up with Paul, no Honey unfortunately but a Common Buzzard was very welcome especially as it was needed as a year tick by Paul.

Summing up, some good species seen, hopefully more to come.
I have also posted some photos taken recently at Parliament and elsewhere, the Fox was walking around opposite Victoria Tower in broad daylight, tourists and all, it actually walked up to me, completely unafraid.


Also a pair of Kestrels and a juvenile Peregrine flying the flag at Parliament.

Posted by Dave Morrison at 11:40 No comments: 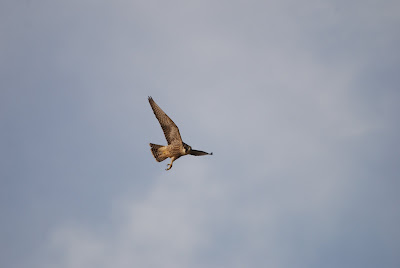 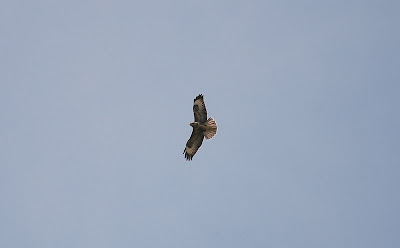 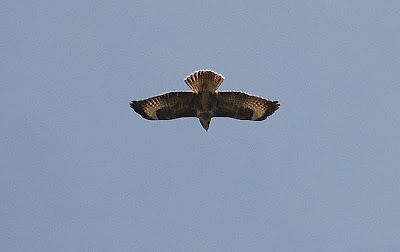 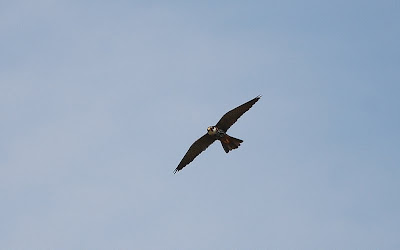 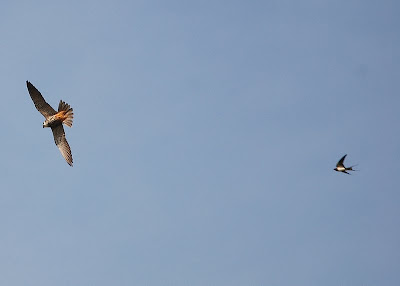