Black Tailed Godwit is a rarity for the Valley and has always been, a good few years back now we had a flock of 16 or so drop in but it’s nothing compared with the latest arrivals.

On August 17th Shaun found 17 in the viewing area and it was surmised that these were the same birds that have been frequenting the Chase, this proved positive as a text showed that the Chase birds had left.

Since that day there numbers have grown with Dave McGough recording a staggering 54 recently, totally eclipsing the site record, it is unprecedented for our inland site. Added to this, a site mega turned up in the shape of a juvenile Avocet, found by Dave on the 19th it just shows you what could turn up if the river didn’t keep flooding. There is very little mud on show but both Avocet and Blackwit can feed in the shallow water, if we had mud showing I have no doubt we would get the rarer waders turn up. 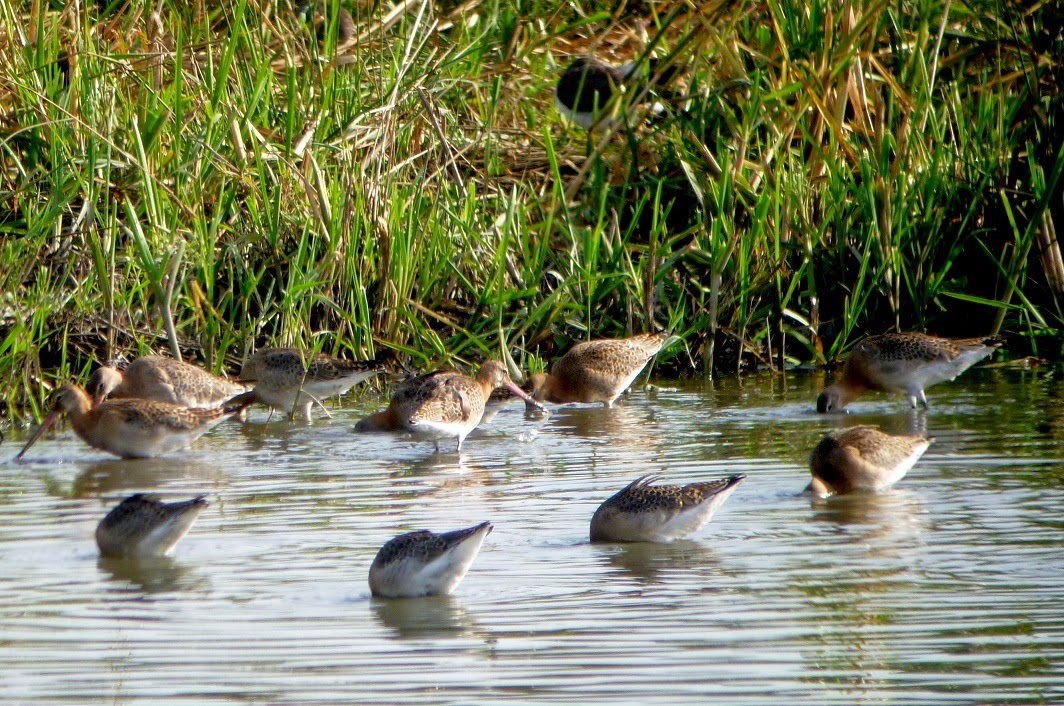 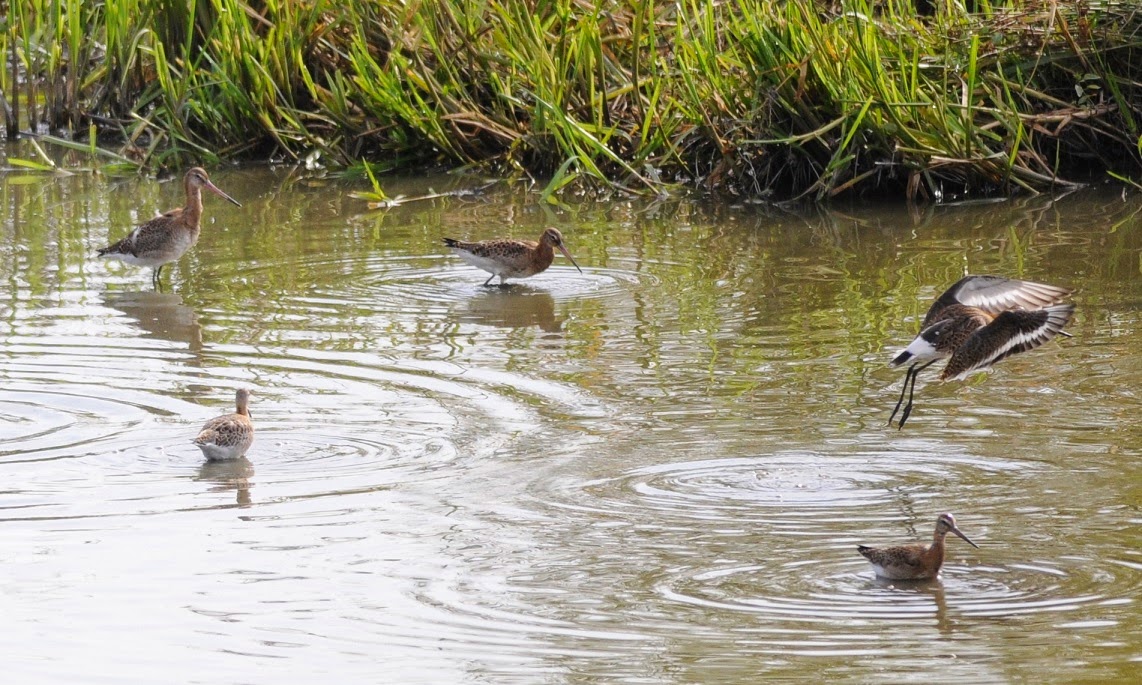 On the 24th I went over there with the scope and undertook another count of the Black Tailed Godwits, I counted 58 in the viewing area pushing the total for the site up.
As I scanned round for more I located the Avocet on the back lake, resting next to it was another 3 Blackwits bringing the total to 61 – stunning.

They have now been with us since the 17th, over a week and still commuting back and forth to the Chase, I suspect they are bound for the Thames Estuary but it will be interesting to see how long they stay.

Came across this very confiding male singing his heart out in London recently. 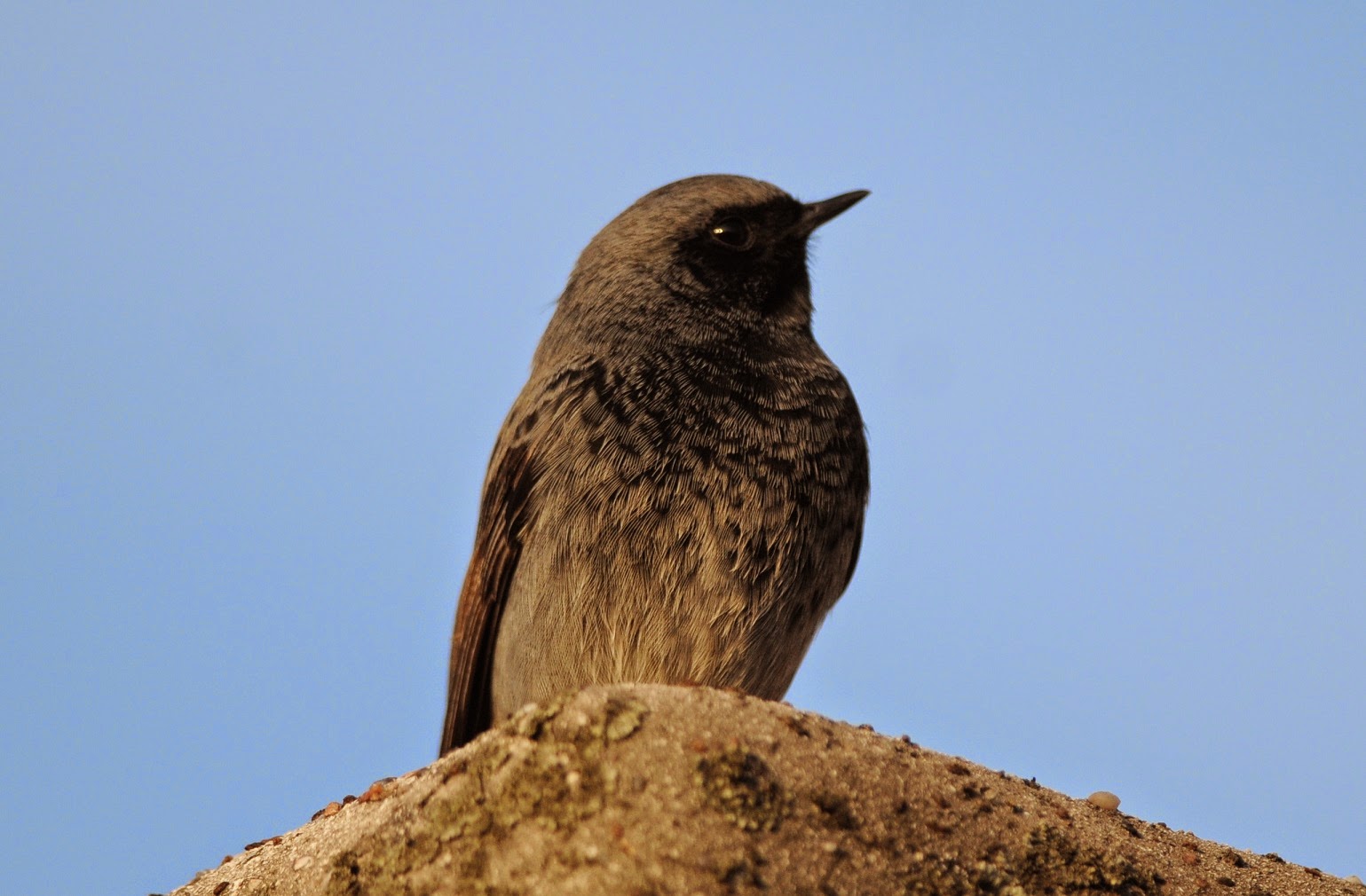 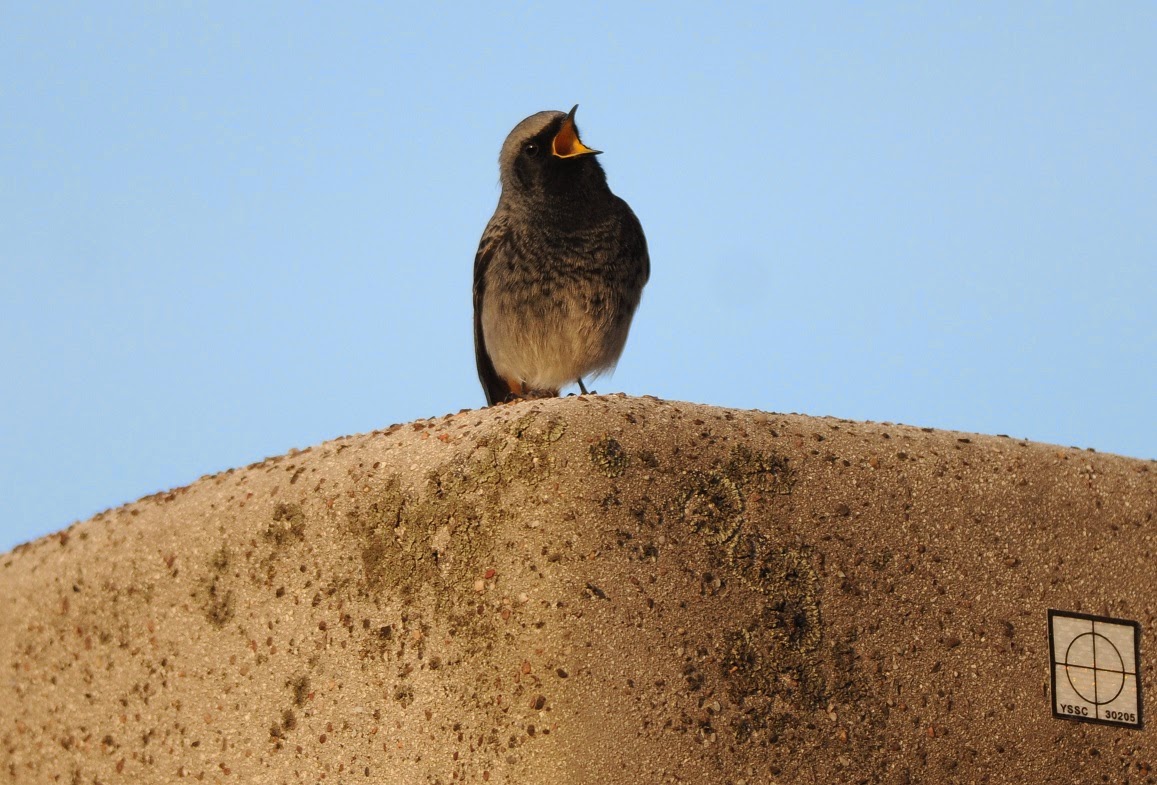 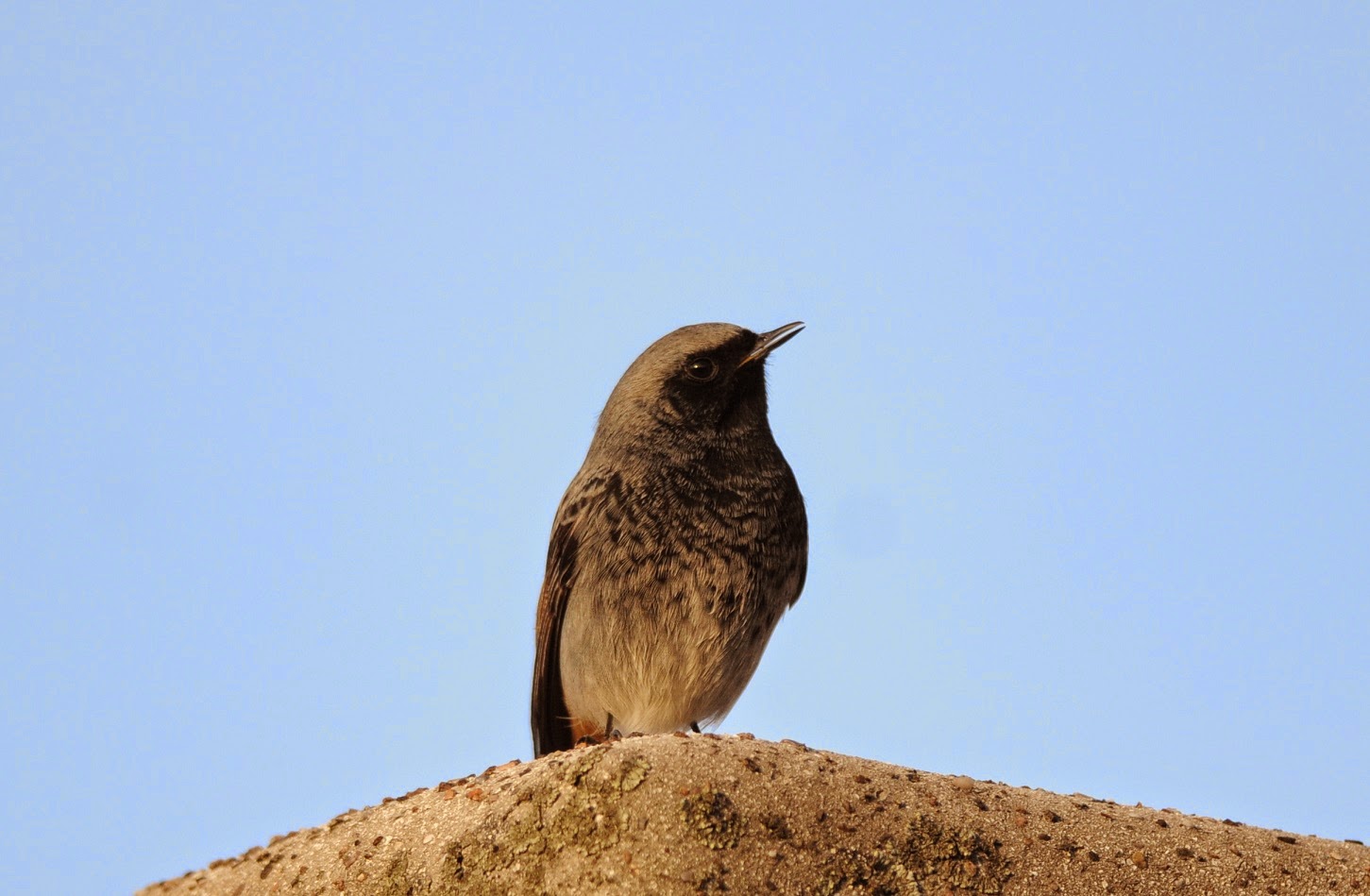 Unusual to get this close to them, also singing rather late on the 21st of August.
With today’s weather (Monday) I can’t see him singing for much longer.
Posted by Dave Morrison at 12:15 2 comments: 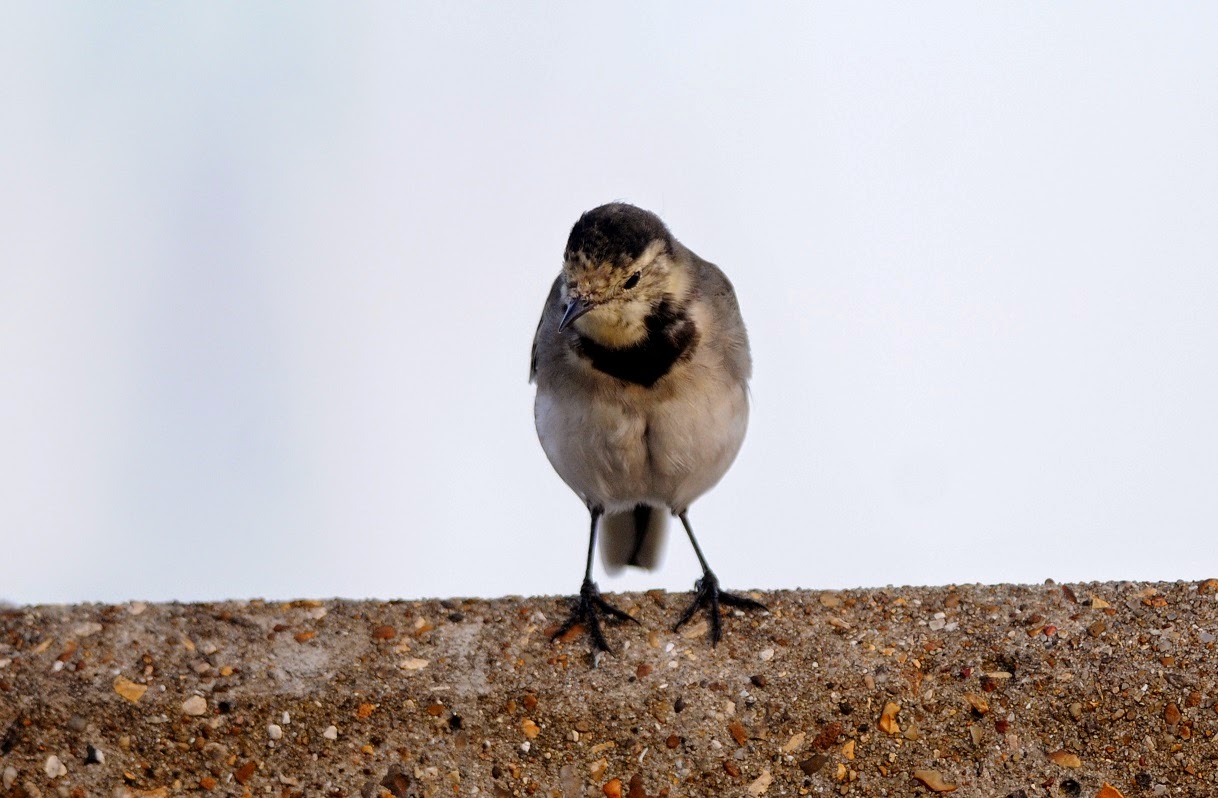 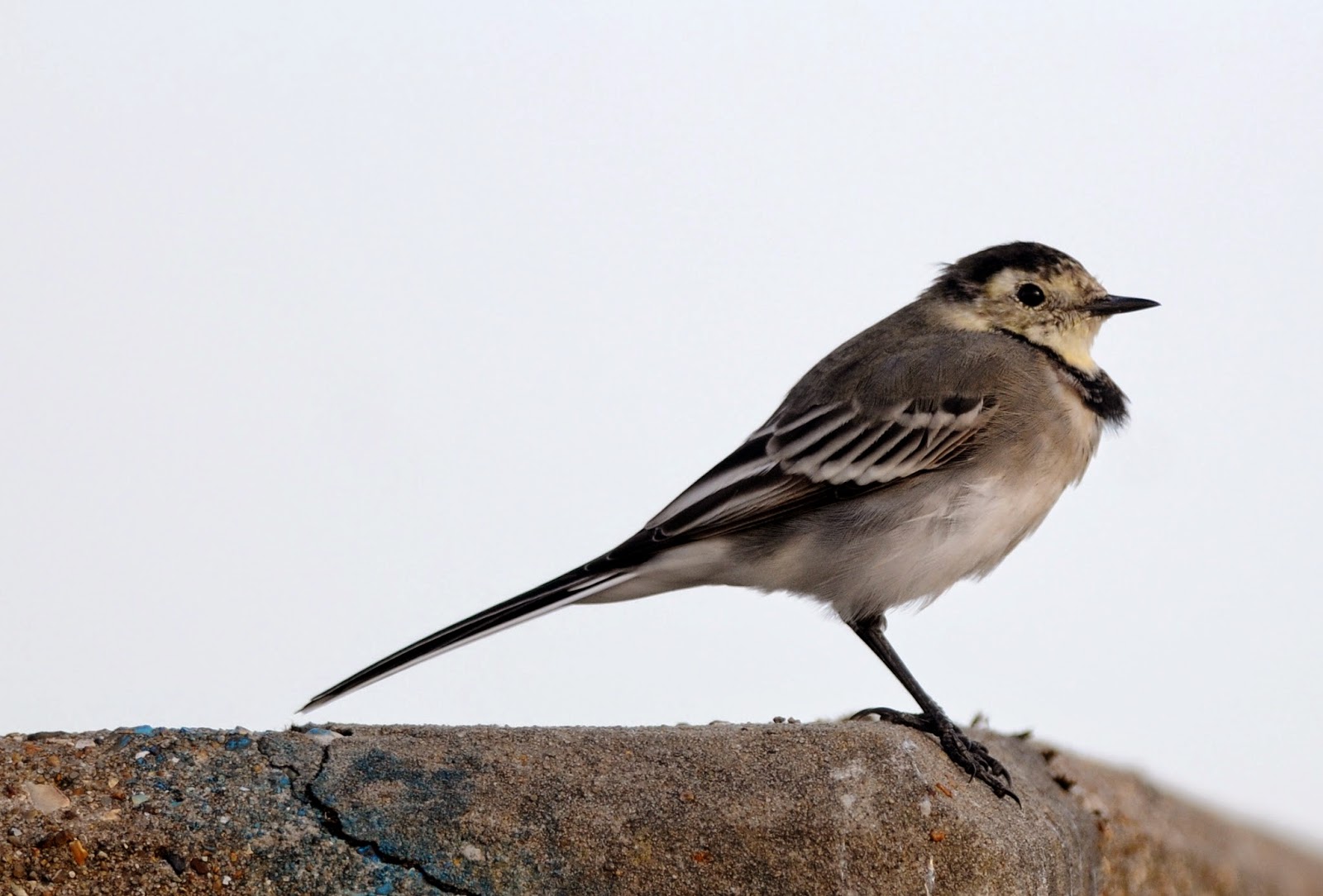 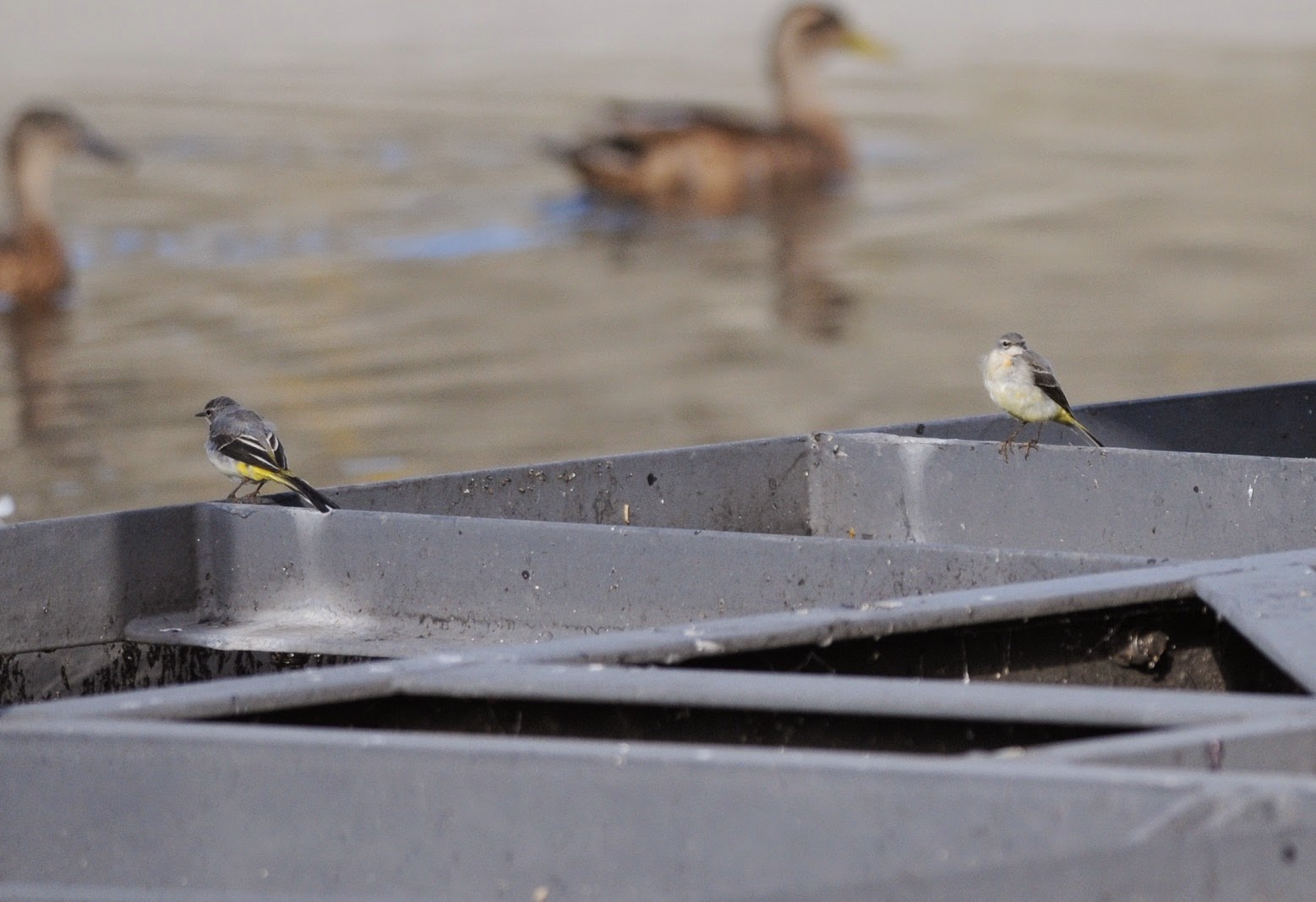 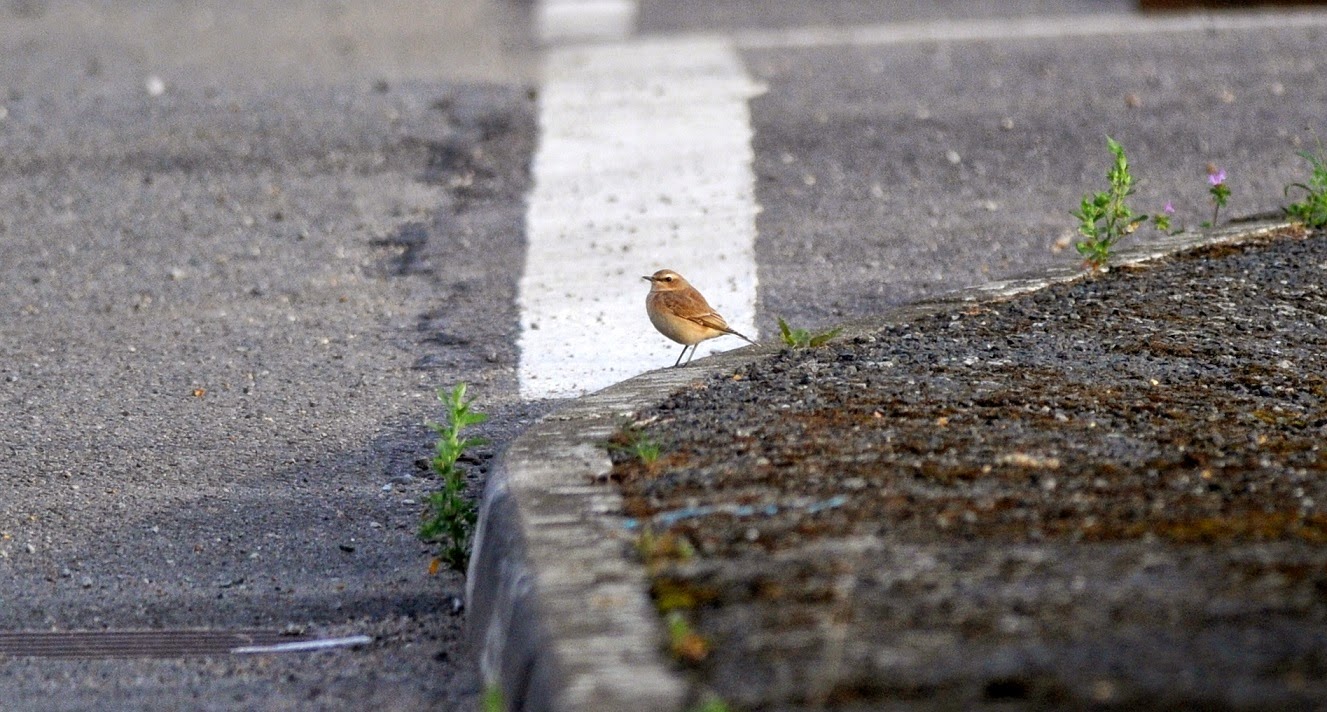 With a free morning and commitments in the afternoon myself and Paul headed down at dawn in the hope of a goodie or two.

With the stronger winds forecast mid morning to late afternoon, we were hopeful of a big Shearwater perhaps pushed in by the remnants of the Hurricane.
Devon and Cornwall had seen good numbers of Greats and Cory’s so there was an outside chance of one or two of them getting pushed along the channel.

Early signs that it was to be an exceptionally high tide came in the shape of the skipper of the boat we were sheltering behind, he turned up and hooked the boat up to the bulldozer and pulled it further up the shingle by 20 foot.
As it turned out it was a very wise move.

Not a bad little haul, everything was moving west, unusual sight of the morning considering the wind goes to a Hummingbird Hawkmoth buzzing round the boats presumably seeking shelter.
Gannets, Common and Sandwich Terns were moving through as per usual in good numbers.

In regard to the tide by 10.40am we had to move higher, wind driven it pushed up the shingle and flooded us out.

A good morning and a brief visit on our way out produced 3 Garganey and a Pintail on the Arc Pits. 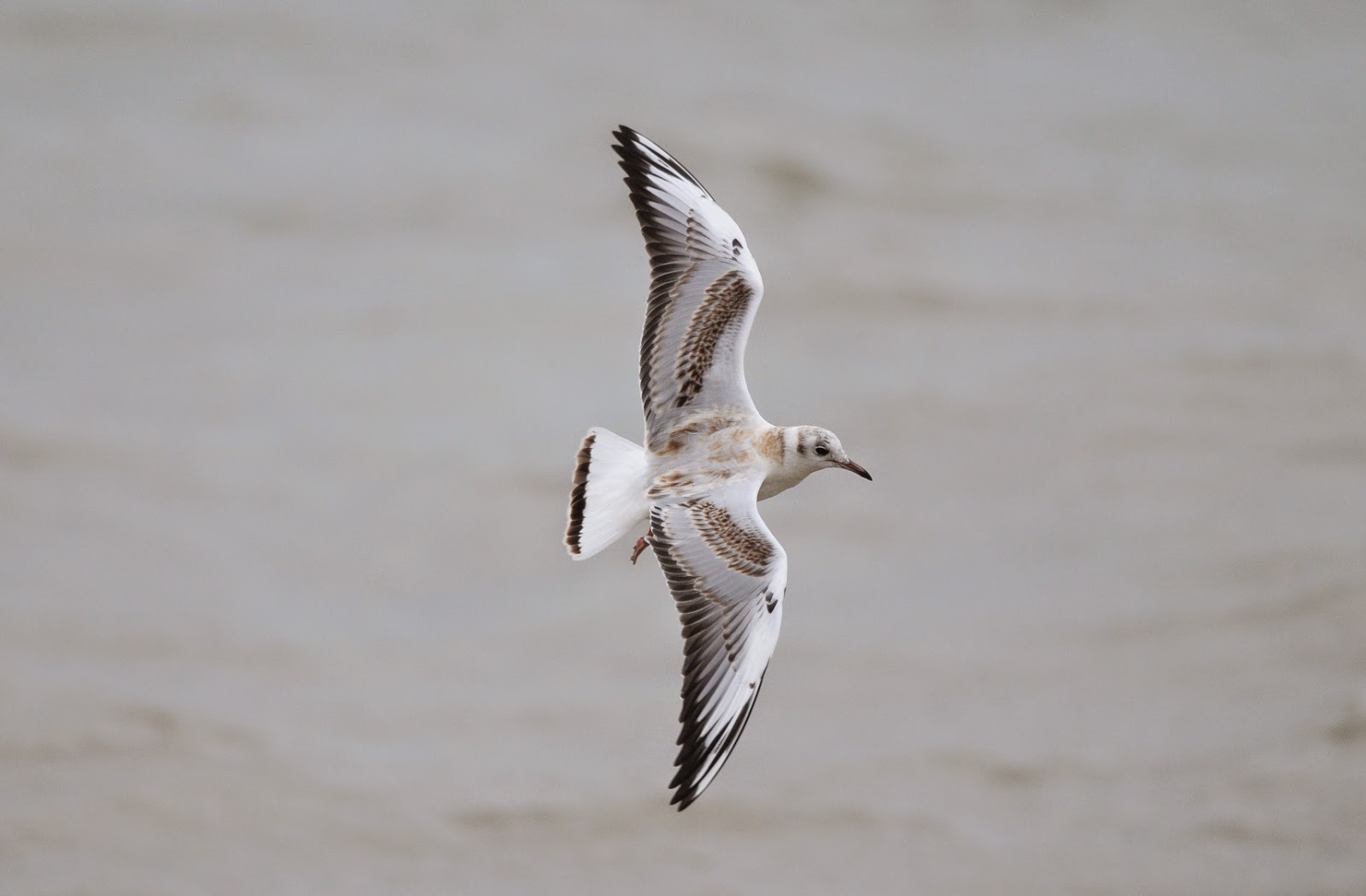 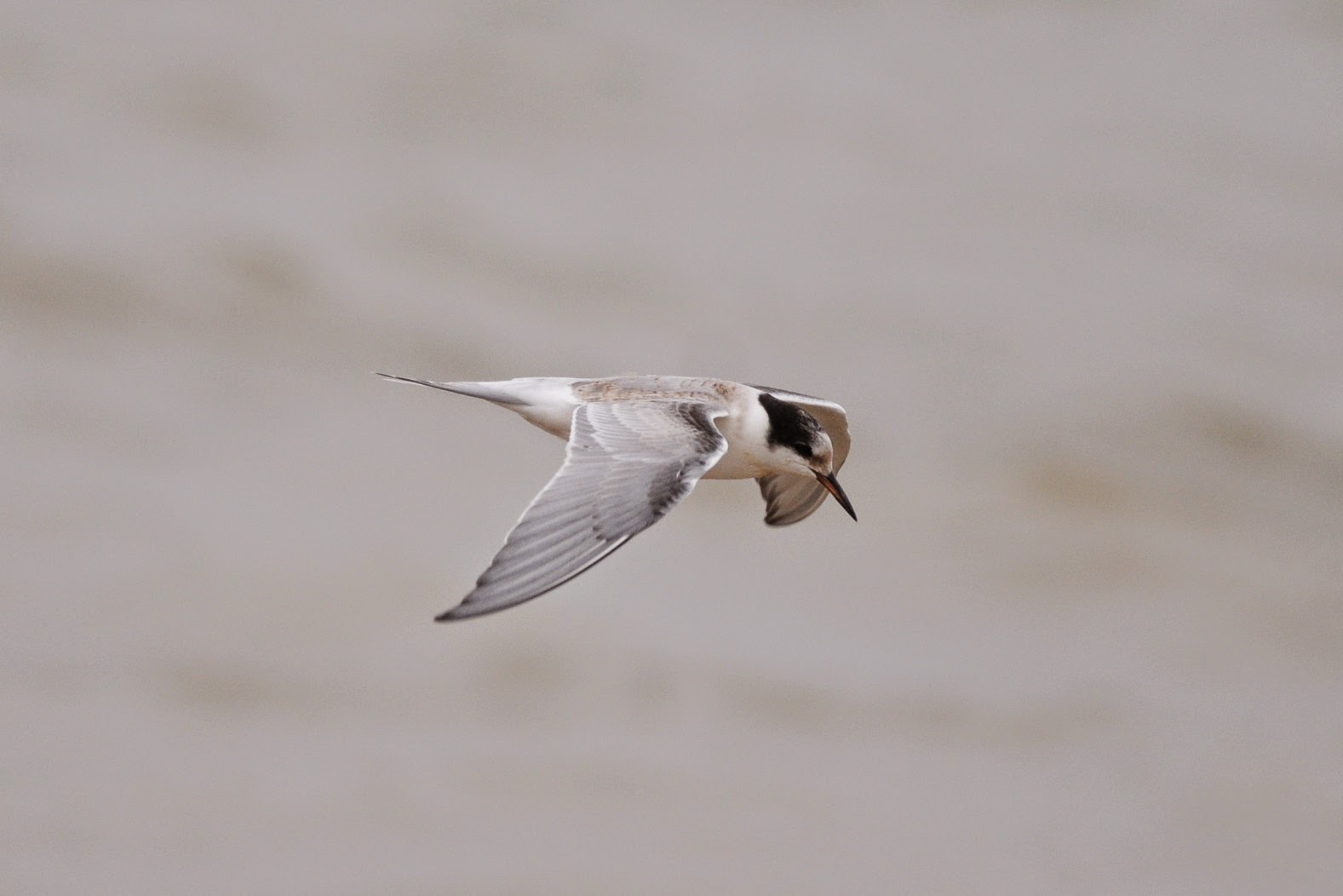 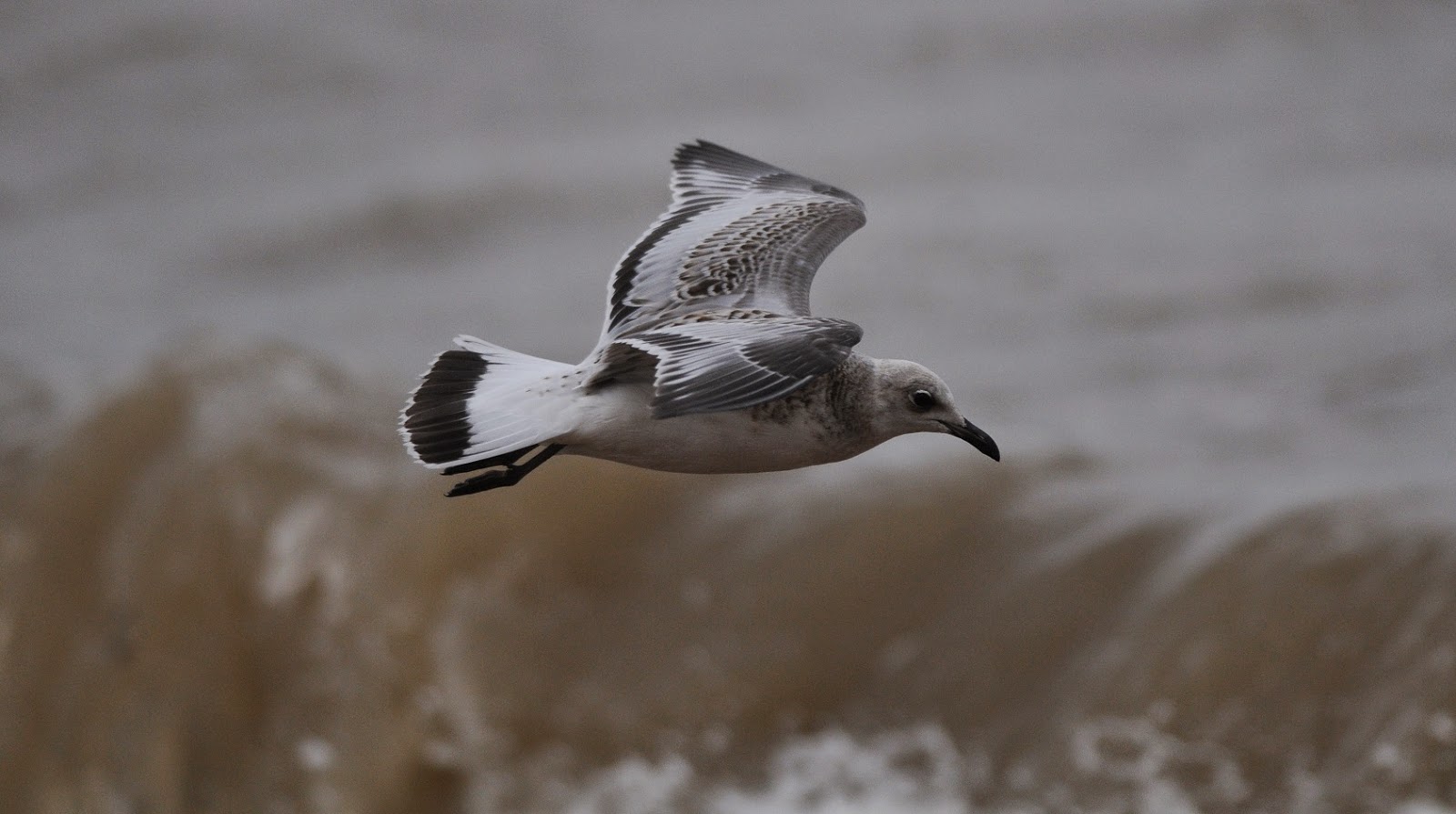 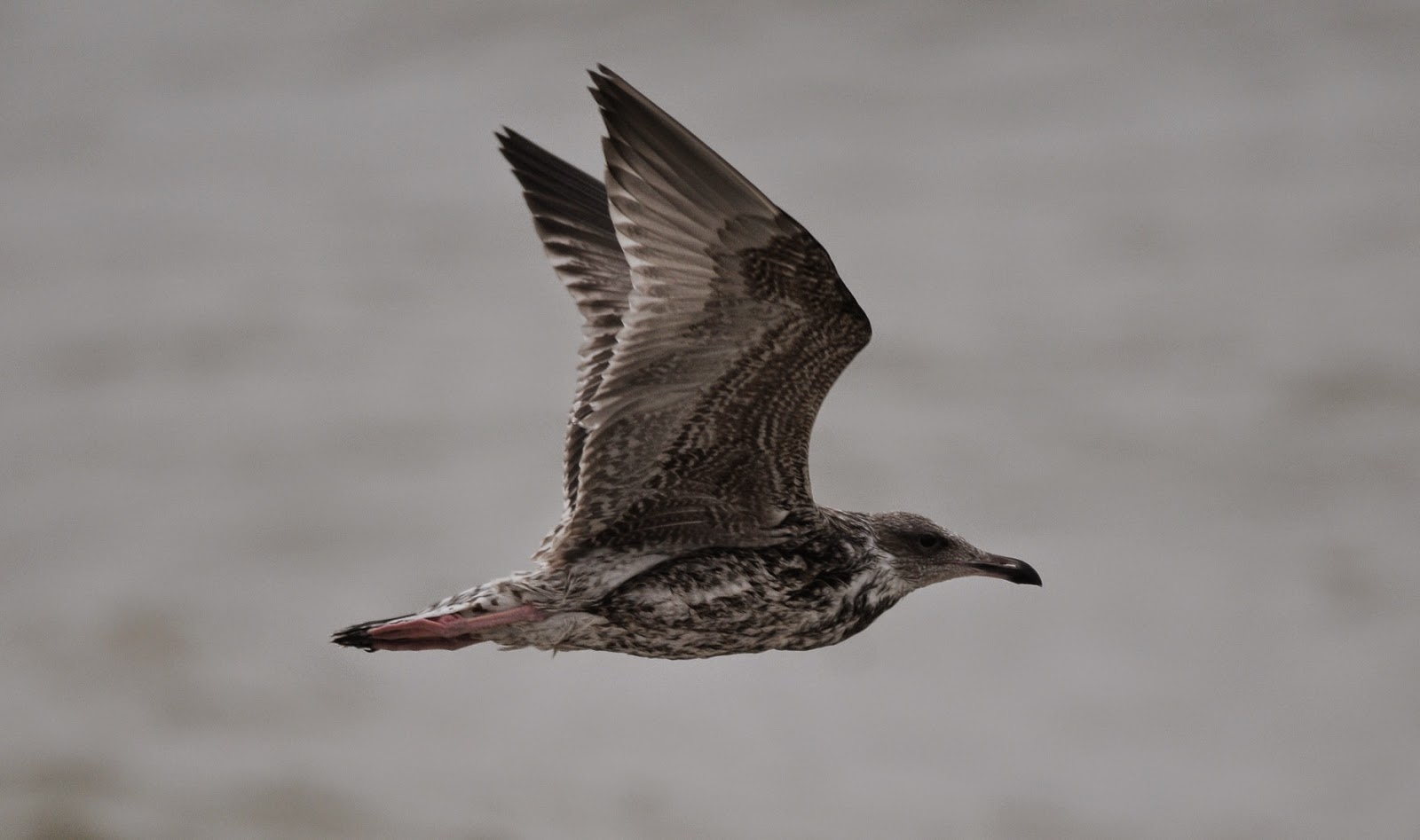 
Homeward bound I stopped at Arc and picked out a Garganey, I understand that there were 3 there later and also 4 Little Stints, they would have been a nice bonus but needless to say a good morning anyway.
Posted by Dave Morrison at 15:33 No comments:

From the last post you will note that I had intentions for Dungeness on Saturday morning, twas not to be as the monthly Birders drink took place the night before, you can guess the rest.
Feeling a little rough in the morning I decided against driving at dawn so waited until 11.00am, picked Shaun up on the way and we decided on Oare Marshes for the afternoon.

Having not been there for a while I had forgot how close waders come, we had got lucky and it was a rising tide for mid afternoon, as it turned out our timing was perfect.
As we started to set up 2 Curlew Sandpipers were immediately found close in but unfortunately flushed along with everything else, looking to the heavens produced the reason, a male Marsh Harrier carrying what I presumed to be the leg of a Marsh Frog.

That was to be the last time we saw the Curlew Sandpipers despite a good search over the rest of the afternoon.
Black Tailed Godwits soon started to arrive and scanning through them produced a single Golden Plover, more or less still summered up, a nice sight. 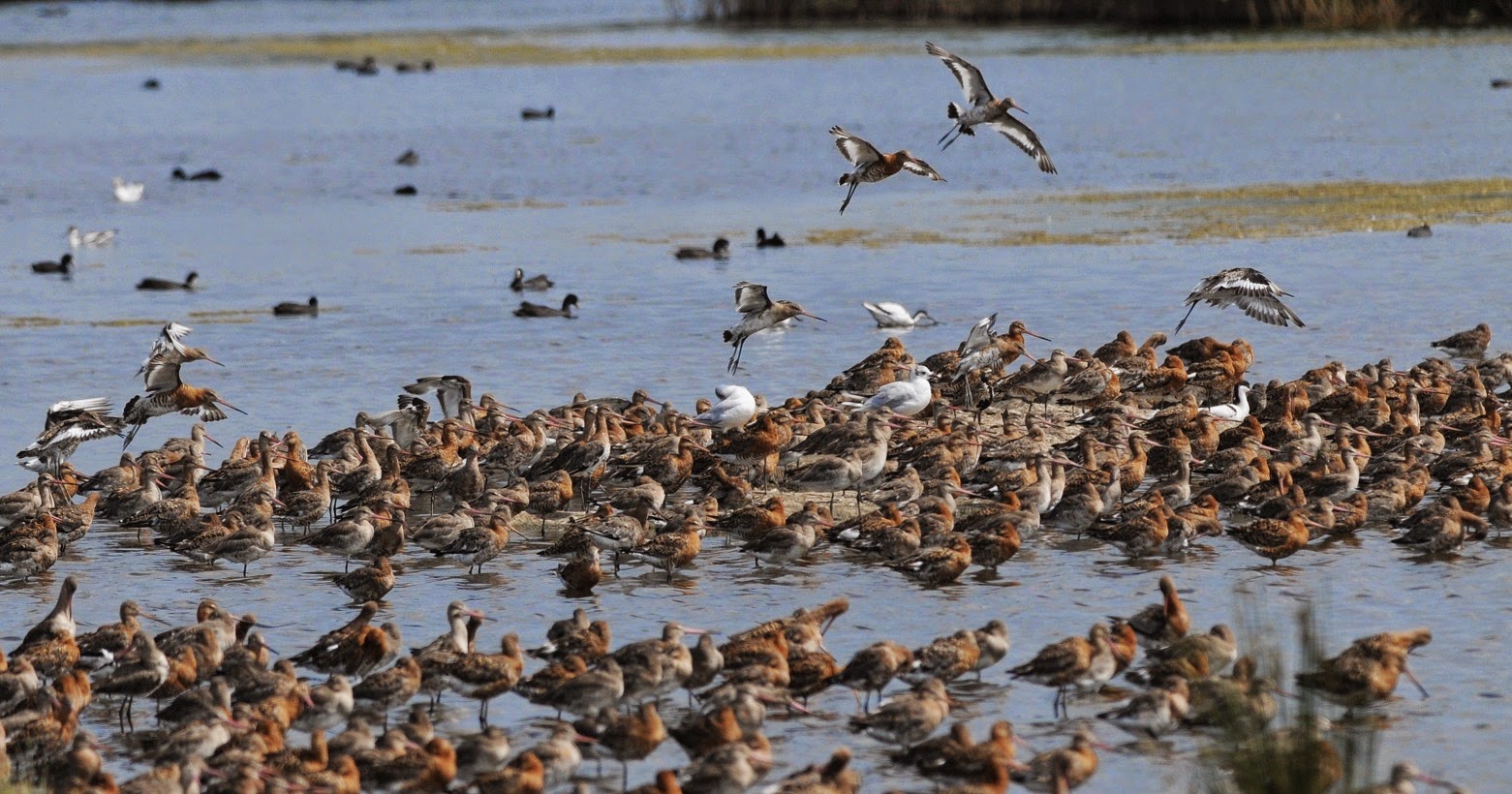 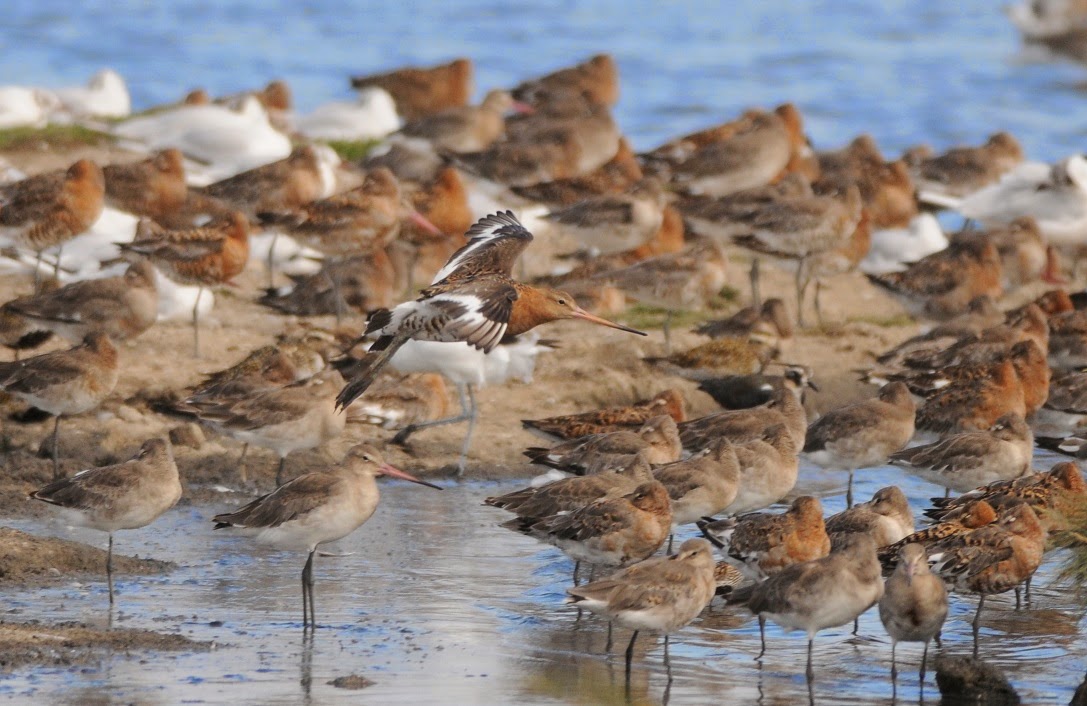 Other waders present were Ruff, Avocet, Redshank, Lapwing, Dunlin and a single Turnstone, all were offering good views as well, we both got a good few photos through the afternoon and although the sun was to our right they didn’t come out too bad.

Yellow Wagtails were also present in numbers and we heard there calls for most of the afternoon. 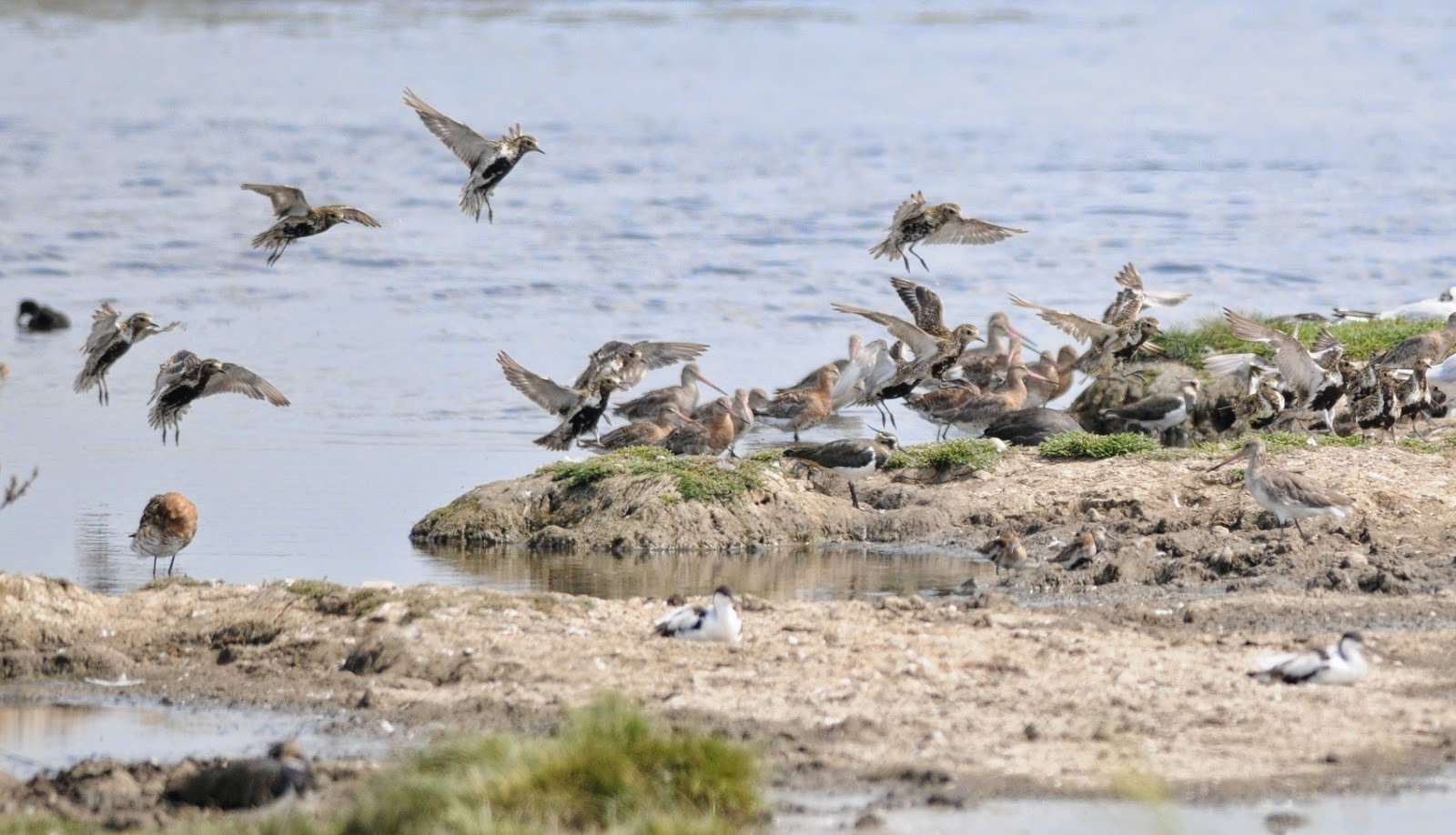 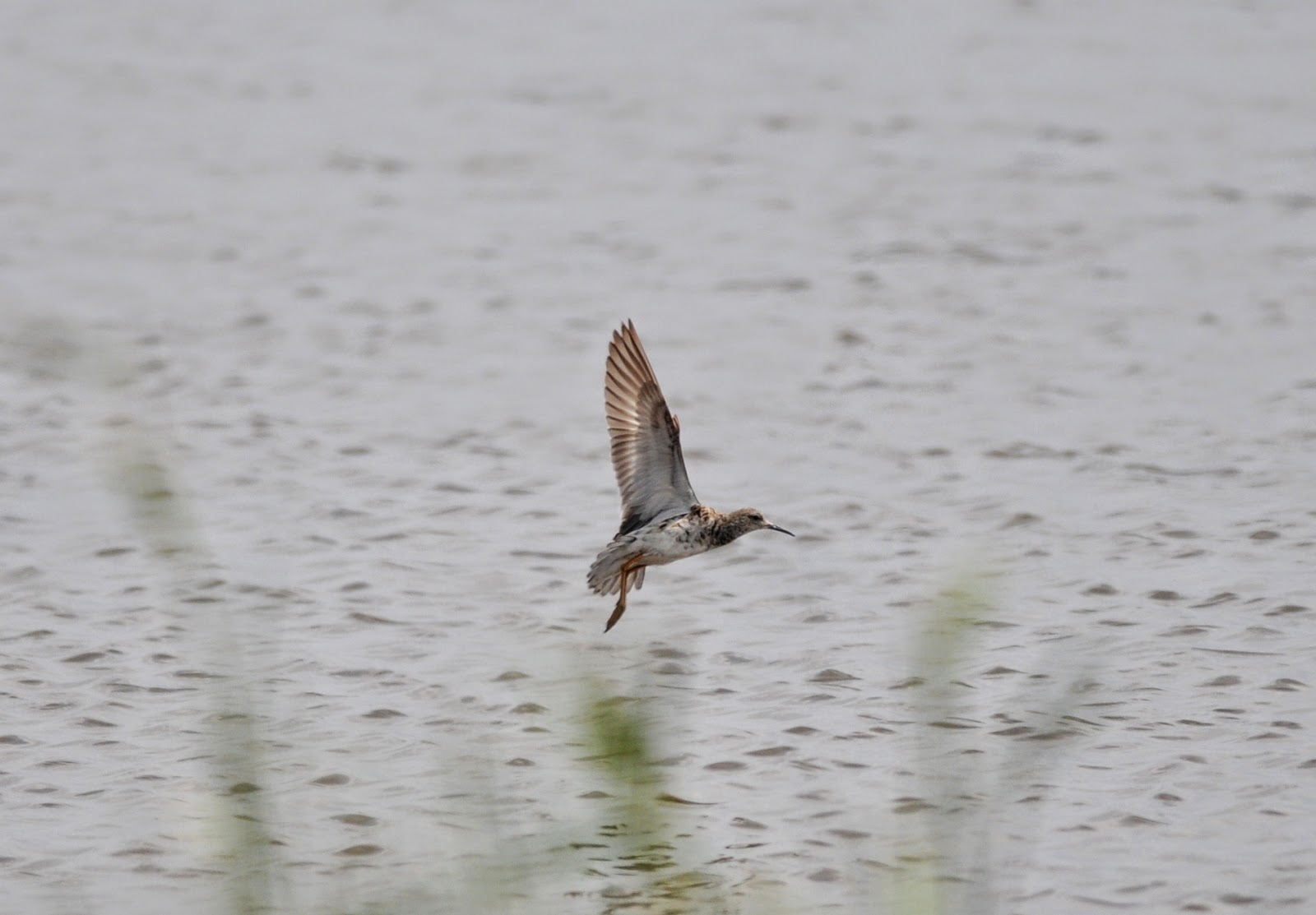 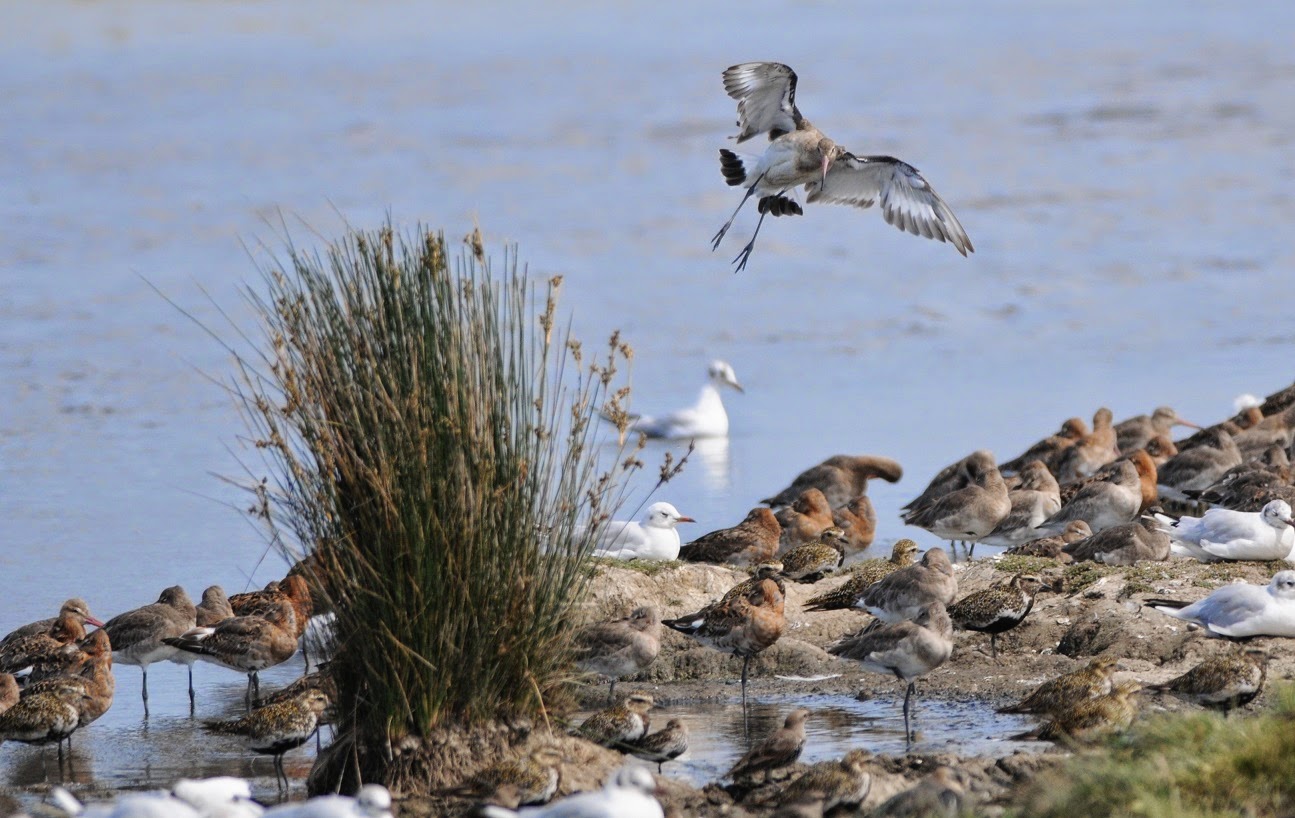 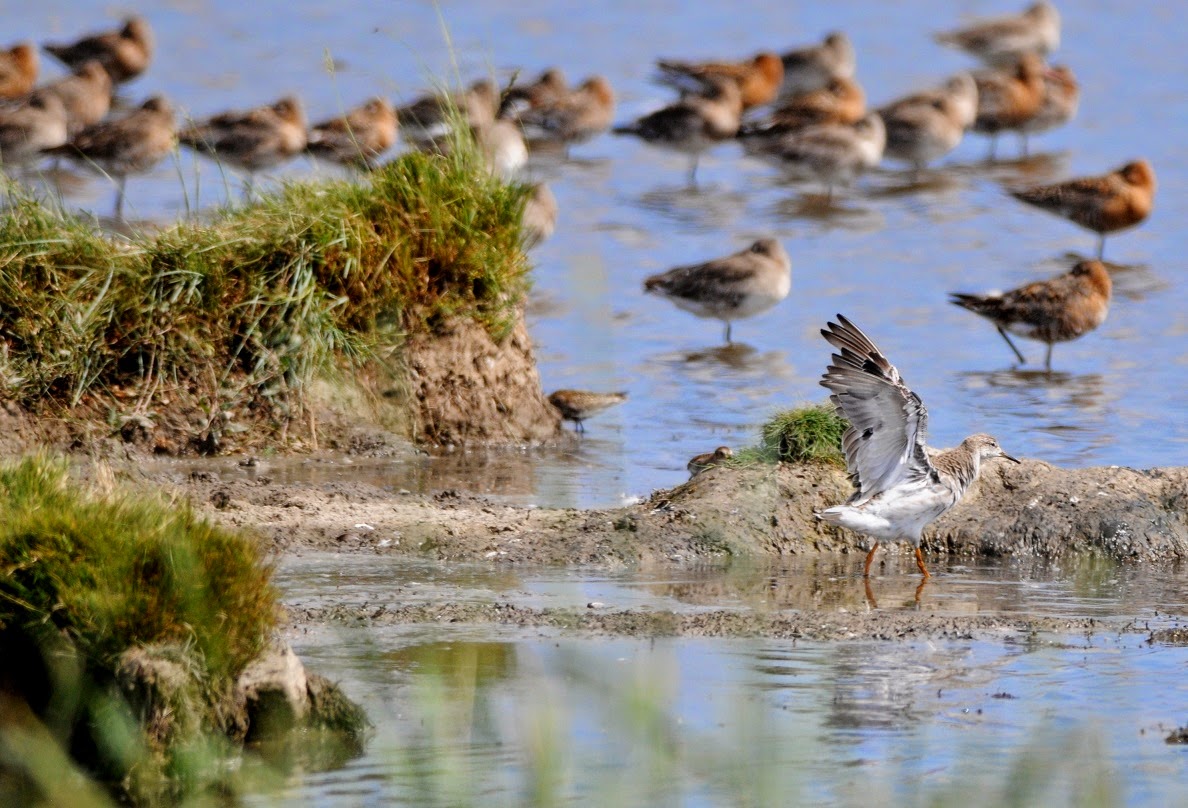 In the latter part of the afternoon we both also had brief views of a distant duck before it disappeared from view, colour and wing bar noticeable so I managed to fire off 3 shots. 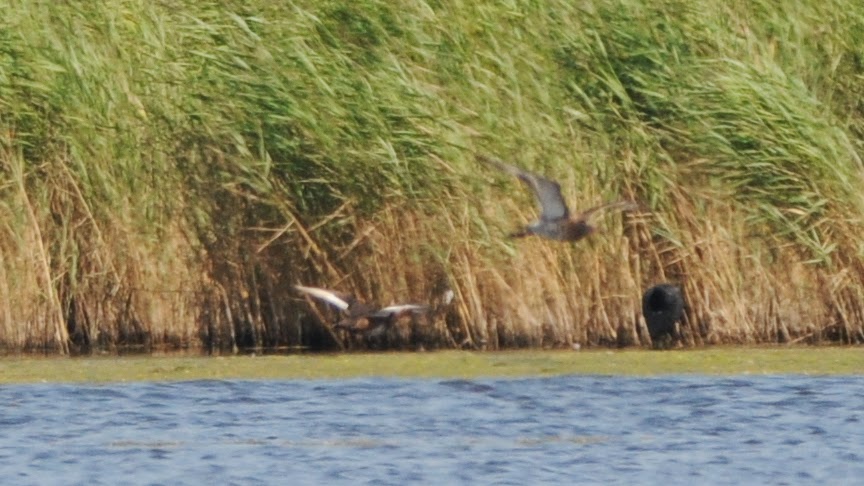 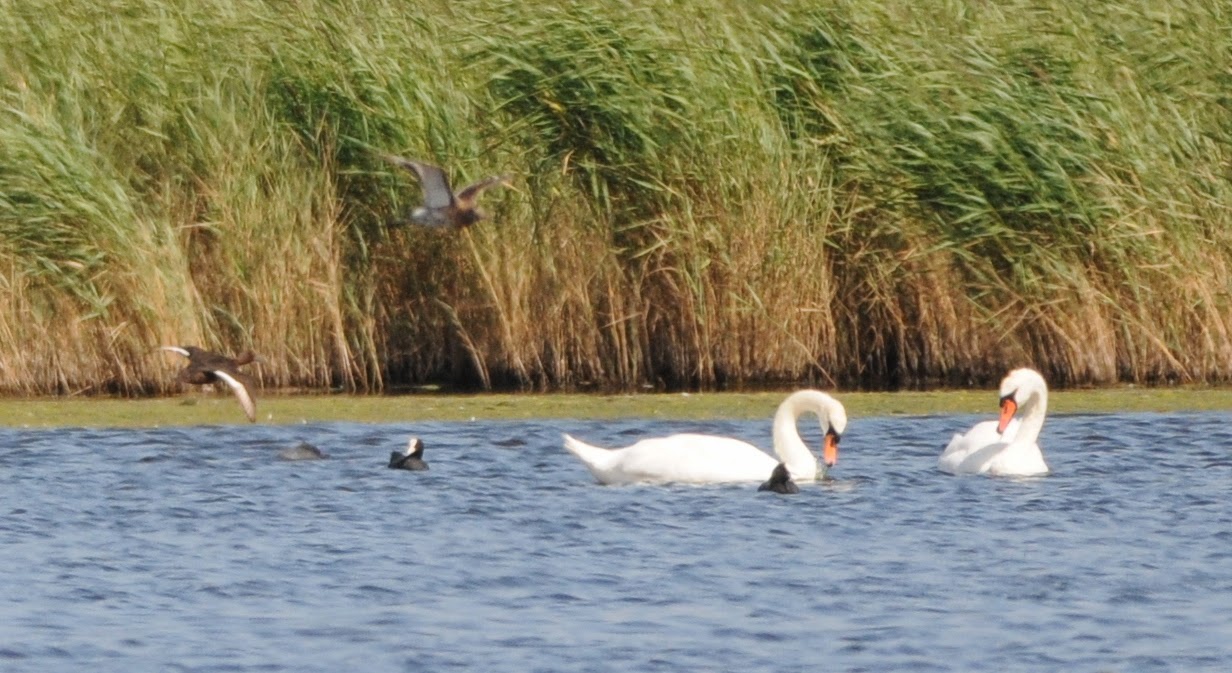 I am not saying it is one but it doesn’t look bad for a Ferruginous Duck at range.

The photos are simply not good enough, it could be a very rufous female Tuftie or even a Hybrid, see what you think from the photos.