Came across an adult Red Kite and 2 juveniles on Tuesday, as you can see the weather was not great hence the poor photos. 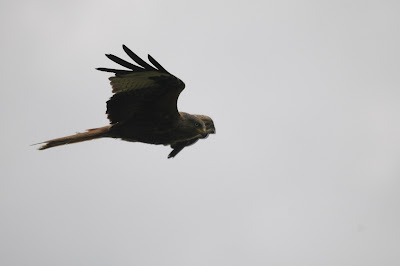 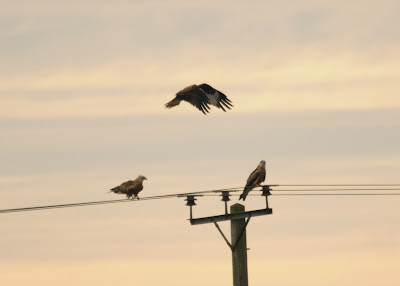 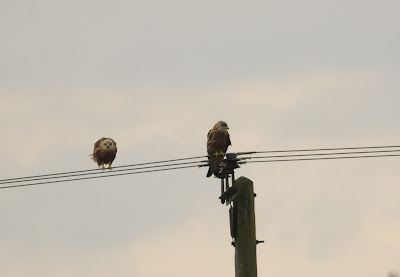 
A big thanks goes to Les Harrison for finding these little gems, they represent a 25 year blocker for me, so many times I have gone for them but they always seem to be roaming small flocks or singles that disappear as fast as they show up.
There were 3 birds, adult male and female and additionally a juvenile so given the habitat in the Valley it is possible that they could have bred locally. 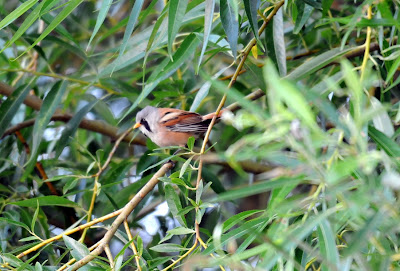 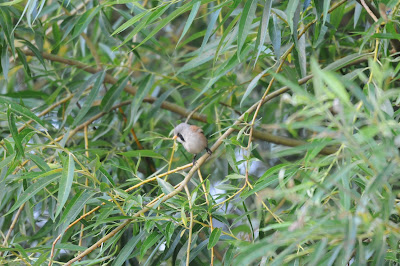 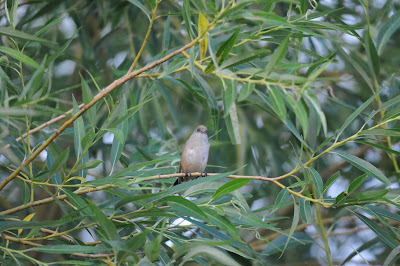 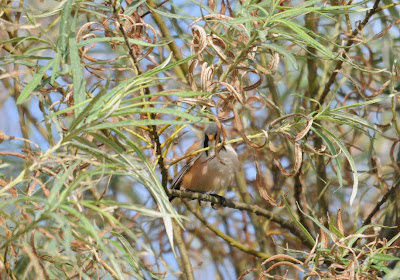 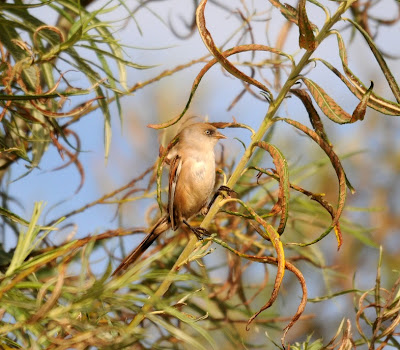 Unusual to see them high up in Willow though.
Posted by Dave Morrison at 23:36 No comments:


A couple of distant photos of the 2 birds today at Rainham. 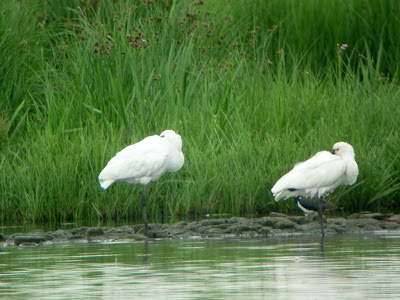 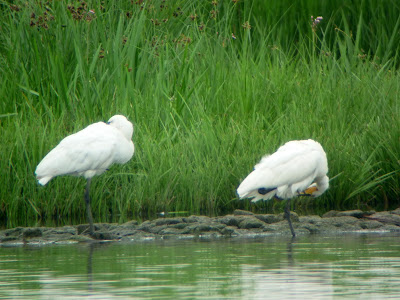 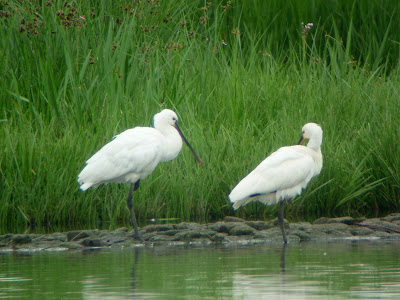 Posted by Dave Morrison at 12:35 No comments: 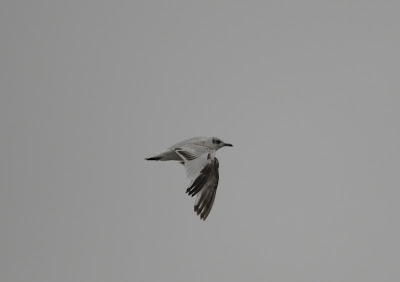 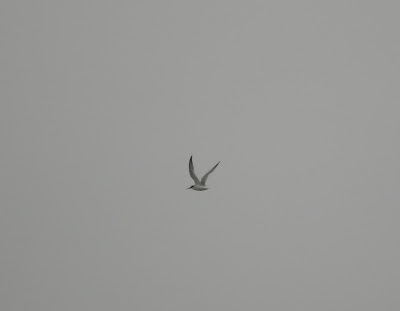 After finishing a survey mid-morning during the week I had the chance after to visit a site having heard that there were Purple Emperors in the Woods.
I have tried to see these majestic Butterflies on a number of occasions and failed miserably, I put it down to a lack of  dog poo, if you are not aware dog poo is like caviar to a Purple Emperor, an acquired taste, not for everyone but they seem to love the stuff, the fresher the better.
Below is selection of photos taken from the past week. 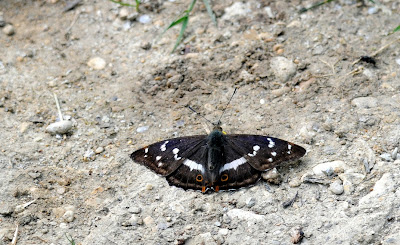 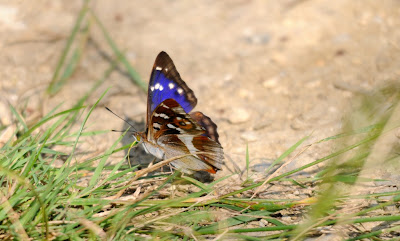 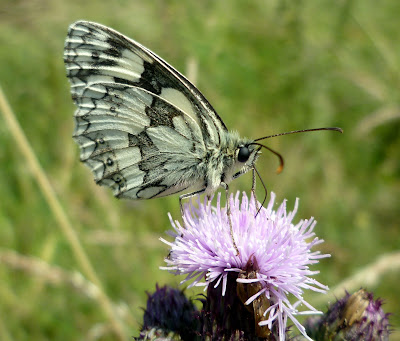 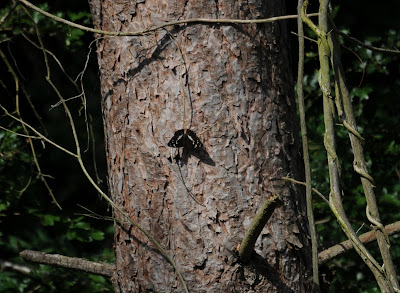 Posted by Dave Morrison at 15:51 No comments: 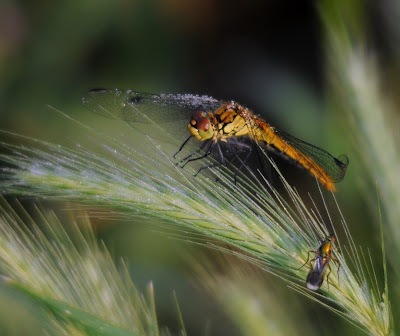 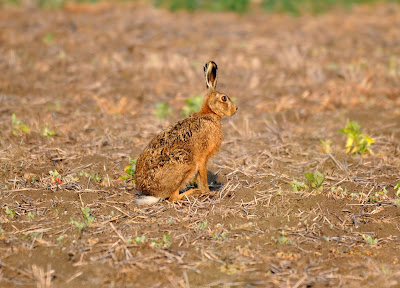 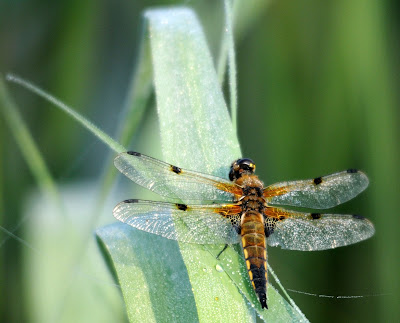 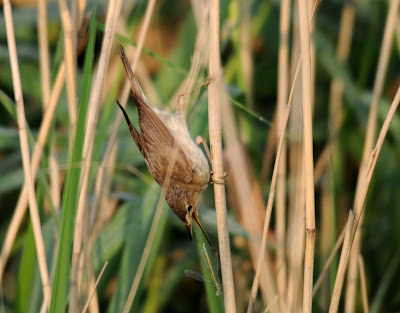 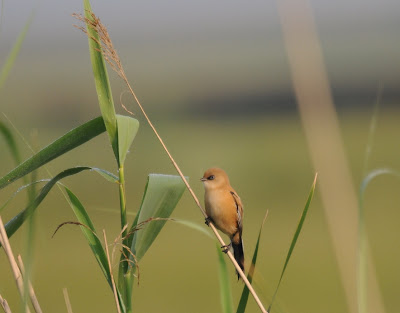 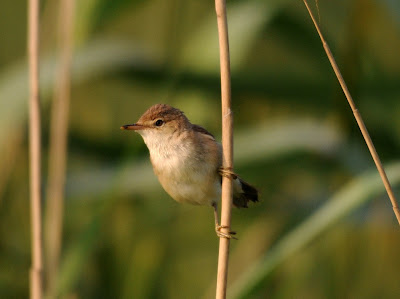 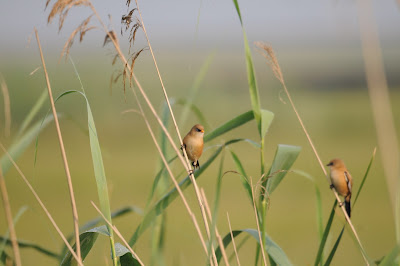 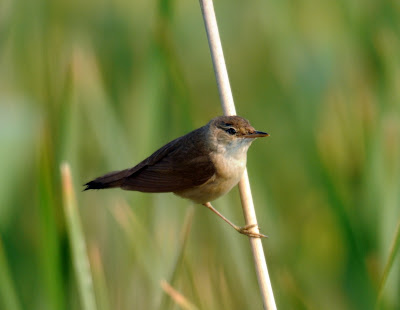 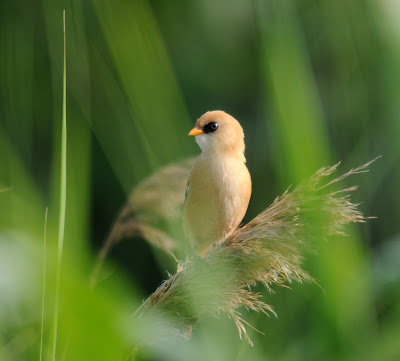 For the last 3 month’s I have been surveying constantly with not much of a chance to visit my local sites, or for that matter sites further afield. I am not moaning, how could I, whilst surveying I also got to see some great birds and I get paid for it, I am very lucky.
All weekends have been taken up with London’s Peregrines but with surveys now nearly finished, I have a little more time on my hands.

Such was the case this morning when I decided to visit Dungeness, I know, the wrong time of year but good to get down there just the same.
On arrival I checked the sea and watched for a couple of hours, nothing to write home about, 30 odd Gannets + 3 small flocks of Common Scoter numbering about 45 birds, plenty of Terns around but could not find the Roseate which I was told has been seen occasionally.
3 adults,1st winter and juvenile Mediterranean Gulls were on the shingle along with my first juvenile Black Headed Gull of the year so a nice little assortment mixed in with some Common and Sandwich Terns.

The reserve as expected was very quiet, one thing I did not know is that Common Gulls breed on the Tern rafts, it seems the Terns tolerate them, probably viewed much the same as Black Headed Gulls.
The usual Marsh Harriers were around along with 2 Hobbies which were very welcome, although they defied all my attempts to get a decent photo.

A good end to the morning and now looking forward to some autumn passage.

Posted by Dave Morrison at 12:42 No comments: