Out with the Lark this morning and yes, back to West Canvey Marsh, with a sunny morning forecast, and it was, I headed back down for another go at the Shrike.

It eventually showed straight from roost in the dense set of bushes around 7.20am and then fed on various insects for the next hour, mostly craneflies and beetles. During this time I fired off quite a few shots, experimented and changed settings, from A Priority to Manual, back again, changed the white balance, up the ISO, down the ISO, shutter speed and so on. In the end I gave myself a bloody headache, I blame this on Shaun as I was quite happy shooting on A Priority and then he said try Manual. 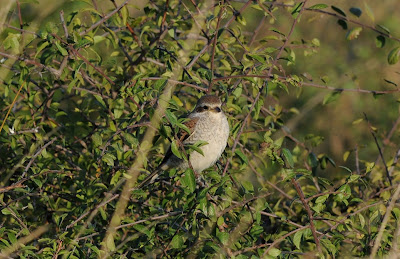 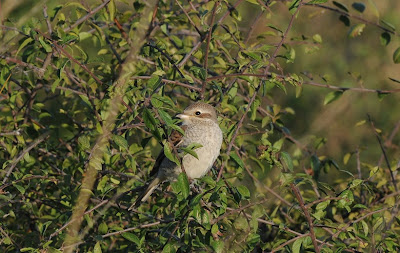 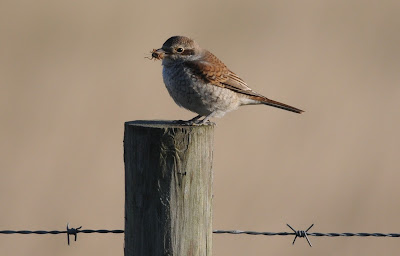 Saying that I can’t think of a better target bird to practice on, (other than peregrine), it really is a terrific looking bird and no doubt the closest I have ever seen one. The adults we saw in Bulgaria in 2012 were pretty approachable but this bird really takes the biscuit. 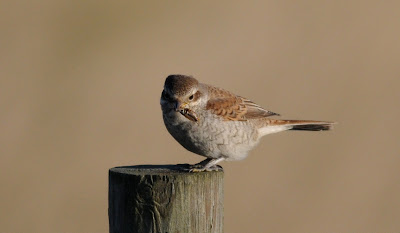 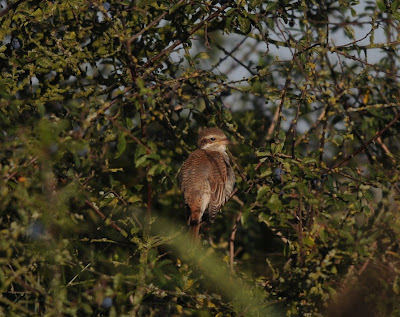 During the morning period the Warbler also made a very brief appearance, likely a Reed but the way it carried itself, banana profilish, did show some characteristics of Blyth’s, an interesting bird.
Also met Nik and another 2 chaps, apologies as I can’t remember your names, brain was still overloaded from the camera, no more memory left so to speak.

From here I pressed on to Two Tree Island to see what was present in the roost, on the walk out a single Whinchat was seen along with some species of escaped Parakeet buzzing around.
Although it is still quite early in the winter period the scrape still held a good number of waders, the most significant counts being 47 Greenshank and around 400 Black Tailed Godwits, these fluctuated in numbers though as many headed up the Creek to another roost presumably. Other waders present were Grey Plover, Avocet, Bar Tailed Godwit, Ringed Plover, Dunlin, Redshank and Snipe, a good mixture and another good morning. 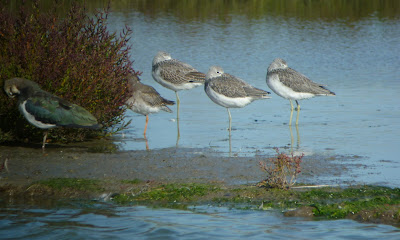