Myself and Christine at last managed to squeeze in a long weekend staying at a Bed and Breakfast overlooking the harbour, our last visit being 2005 staying at the same B&B.
Nothing much has changed at Brixham other than there seemed to be more people, it’s still very picturesque and the restaurants as before are still as good, I can recommend Crab Quay House for seafood.
Of course I had to go out birding, this took place on Saturday and Sunday morning from 6.00am to 8.30am as I was not going to omit the breakfast.

I was hoping for some favourable winds for a spot of sea watching but on both days I had more or less northerlies, these were naff but I persevered for a while. On the Saturday I had 7 Manx Shearwaters amongst the hordes of passing Gannets and the Sunday produced just 4 Kittiwakes of note.

Rather than flog a dead horse I searched the bushes for migrants, Chiffchaff, Willow Warbler and Wheatear were seen but little else. On Sunday morning I searched for Cirl Bunting having seen them here before on past occasions, this proved negative so not sure if they are still in the area.
On both days I tried the new lens, there were 3 Fulmars that seemed tied to a section of cliff and one was easily identifiable in the fact that it only had one leg, or it was hiding it very well. These proved excellent for the camera and a pleasure to watch, they also kept me entertained when it was quiet, which was most of the time. I have not got the convertor yet so still shooting at 300mm. 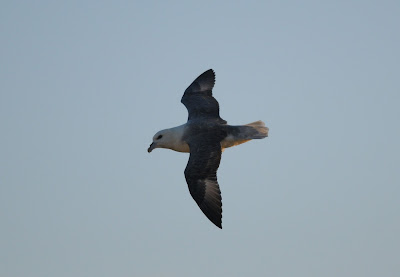 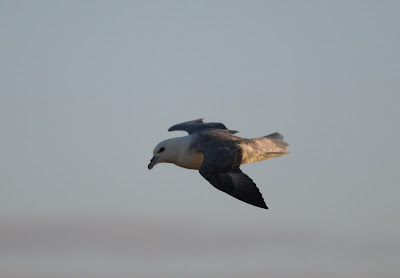 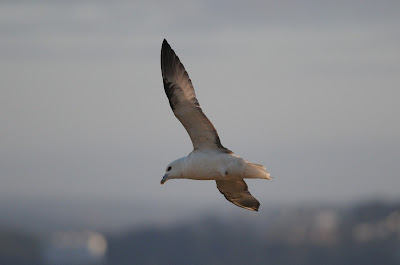 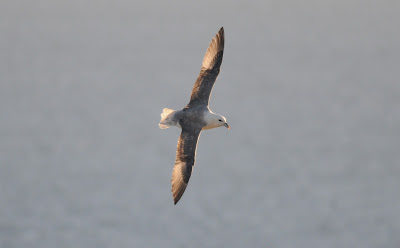 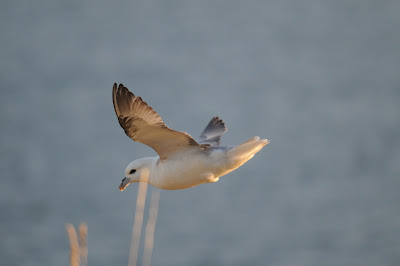 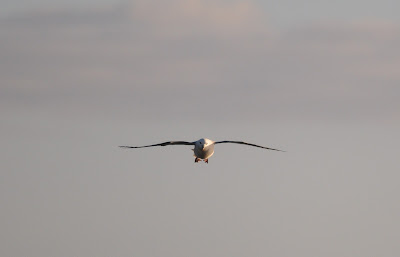 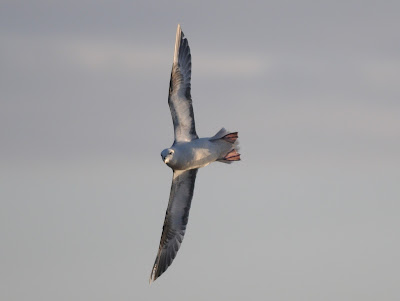 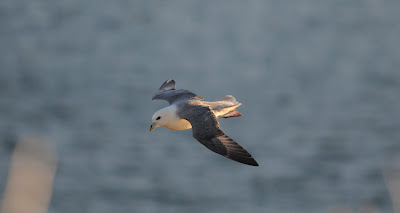 Of course it is hard to go anywhere these days without seeing my favourite and a bird that I am involved with in London, Peregrine. An adult Falcon and juvenile Tiercel appeared as I was walking back near Brixham, the juvenile shadowing her every move, being used to urban birds I had a good look at her. There seemed no noticeable difference other than she seemed darker on the breast, the under wing panel of secondary’s and greater coverts was also darkish. I expect this could be down to incubating on darker sand on the cliffs or just a natural occurrence. Even in London, and I expect elsewhere there is a lot of variation in them so hardly surprising to see slight colour differences.


Whatever it was I enjoyed watching them, she thermaled with the Herring Gulls whilst the juvenile stayed slightly lower, they ignored both peregrines and she ignored them, obviously all used to seeing each other regularly.

Good to watch, not used to seeing them like this, there’s usually always a building in the way.