With a free day I decided to pop down to the Marsh and see if I could hopefully catch up with the Shrike, in truth I was expecting a long walk as I thought it would be in some desolate stretch of distant marshland.

Pulling up in the car park I was told, and then shown by a chap (thanks if you happen to read this) where the bird was, he then went one better and refound it.

It was on the fencing as you look towards the open hide which serves the Fleet around 100 metres from the car park, and as per usual with Shrikes, very approachable. Over the next 1 hour or so I got off a good few shots, did a lot of experimenting with the settings and managed a few half decent shots considering the weather was crap. There was another chap present with a big boy Jono lens, he will have some stunners despite the lack of sun, it was showing down to 20 feet. 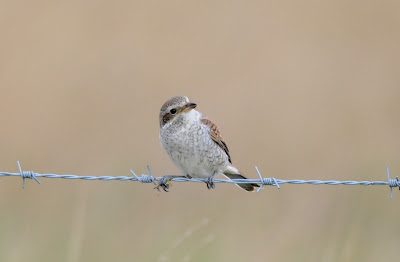 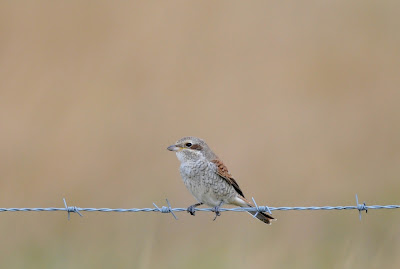 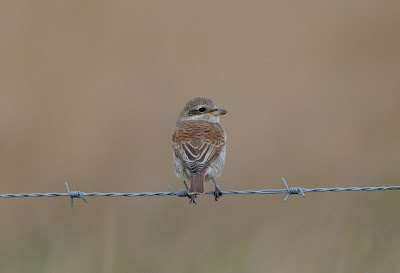 Adult or juvenile they are cracking looking birds, if it stays, and the sun shines I will return. 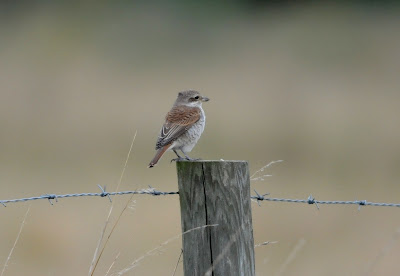 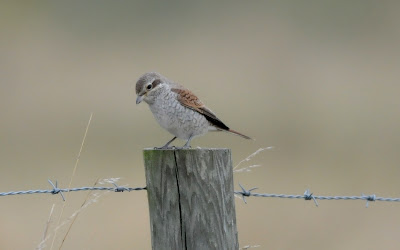 From here I moved on to Two Tree Island, I was toying with the idea of watching the river at Canvey Point even though the North Westerly winds were more suited to Shellness/ Reculver. The tide however was miles out, it will be interesting to see what went past the 2 venues above.

At Two Tree a good count of 137 Golden Plover was had on mud opposite the causeway, I also had a Sanderling on the edge there; these were the highlights amongst the many other waders present.
To top the morning off I had a Hobby over south.