April 17th
I have not been to the Reservoirs for a while now, the last time was probably Lol’s Dusky Warbler, I had a good day then with some good species seen. I knew today was going to be rough, especially the morning, with perfect timing I copped the lot as I walked up on to the 1st Reservoir, it came down with a vengeance.


Out came the poncho, way to big but ideal as it covers camera, bag and scope, the downside with the strong wind is that it sometimes reverses itself like a brolly and tries to blood strangle you. A couple of times it had me impersonating a windsurfer down the side of the Reservoir.
Rather surprisingly given the weather I picked up migrants straight away, I suspect they had been pushed down by the rain and like me were seeking a sheltered spot. First one up was a Little Ringed Plover, feeding amongst a horde of Pied Wagtails; I did search for Whites but none that I could see.
I decided to walk the length of Lockwood Reservoir and then back again, mid-way down I came across more migrants roughly bunched up in a 100 metre stretch, this included the following

Swallow 14 – initially feeding on Lockwood
Sand Martin 3 – in with the Swallows
Wheatear 2– on the side loosely associating with Wagtails
Yellow Wagtail - 9 mixed in with the Pied
Grey Wagtail – 1, at one point I had Grey, Pied and Yellow in the same view
Little Ringed Plover – 4 including the one mentioned above, 3 flew out from the side, scoping showed the single still in position further back
Shelduck - a pair
Green Sandpiper – a single in the river 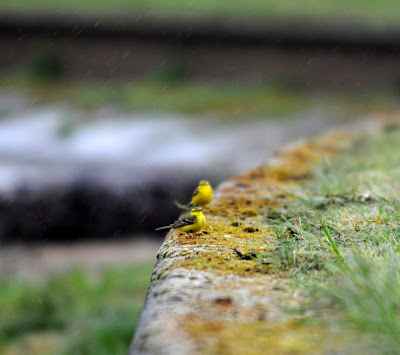 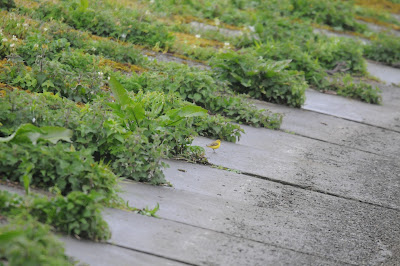 No Common Terns, can’t say I blame them given the weather, a very good variety of migrants and well worth getting soaked for.