First visit since the winter of 2010, I watched the Estuary for a couple of hours with an interlude in between for some lunch for me and the wife in The Old Ship on the front. I can recommend the pub, good food and very conveniently placed.
Birds were only recorded in the front of the Pits in the estuary facing the island, numbers of summer plumed Black Tailed Godwits were very high with a count of 650 all frantically feeding on a rising tide. This was obviously only the tip of the iceberg as I could see many, many more dropping into the channel looking towards Maldon.
Also good to hear my first Sedge Warbler of the year and also a couple of Swallows were seen over the pits, Cetti’s Warblers were also heard with at least 3 singing birds. 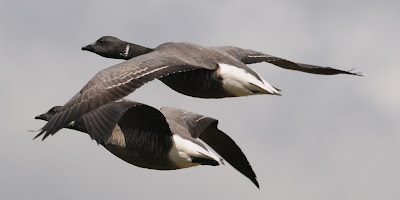 Birds seen on the Estuary included:

I also got of a few photos, experimenting with various settings gave me a headache trying to 2nd guess the weather as it went from light to dark and back again, brief bursts of sunshine came through the gathering clouds as I tried to shoot Black Tailed Godwits overhead. Some of them didn’t come out too bad; it used to be so much easier when I was on automatic. 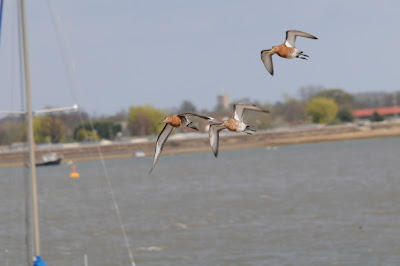 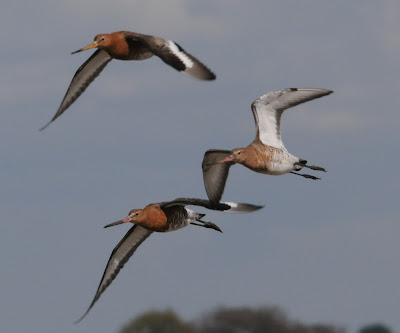 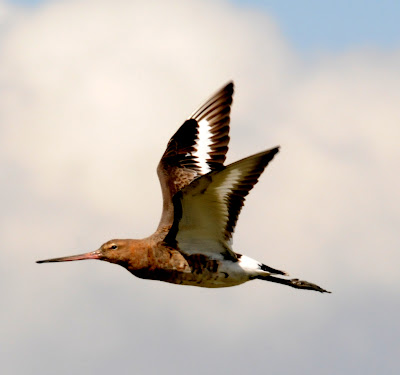 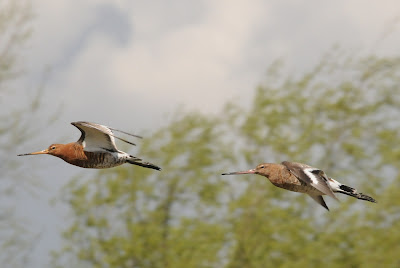