They say you create your own luck, we have all been keeping an eye on the grapevine for the last month with the weather, flooding and high winds have obviously made speciality species hard if not impossible to find for visiting birders.
Needless to say we were bloody lucky with the weather, 3 days of sunshine, there always good trips but this became a great trip due to the weather.

As you may know, myself and my good mates Paul Hawkins, Martin Blow and Shaun Harvey flew to Scotland on Friday with Easyjet from Luton to Inverness Airport, the cost each was £60.00 return and flight time was 1 hour and 10 minutes. We left at 10.25am and were out of Inverness Airport by early afternoon.

First port of call was the American Coot at Loch Flemington; this was to be a tick for 3 of us, Paul having seen the Stodmarsh bird. A bird is a bird no matter even if this one didn’t stir me, it’s hard to get excited by a Coot, even an American one but that’s just me, as you know I am not a twitcher - a white phase Gyr however….. 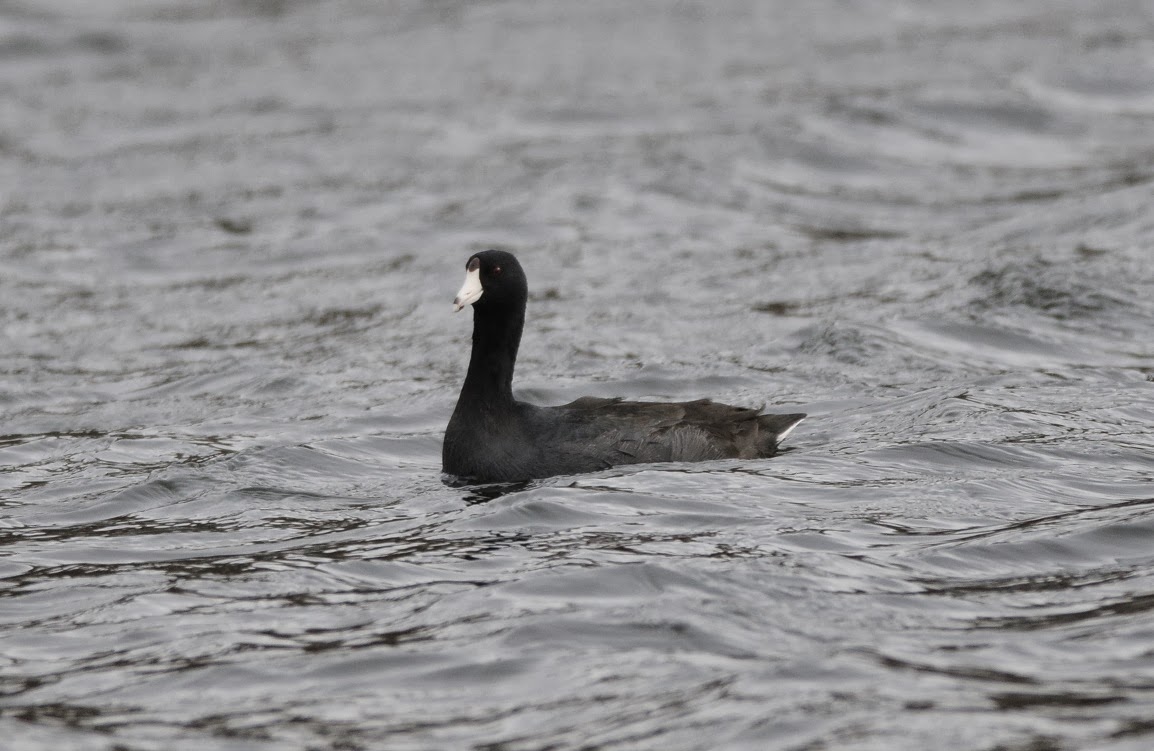 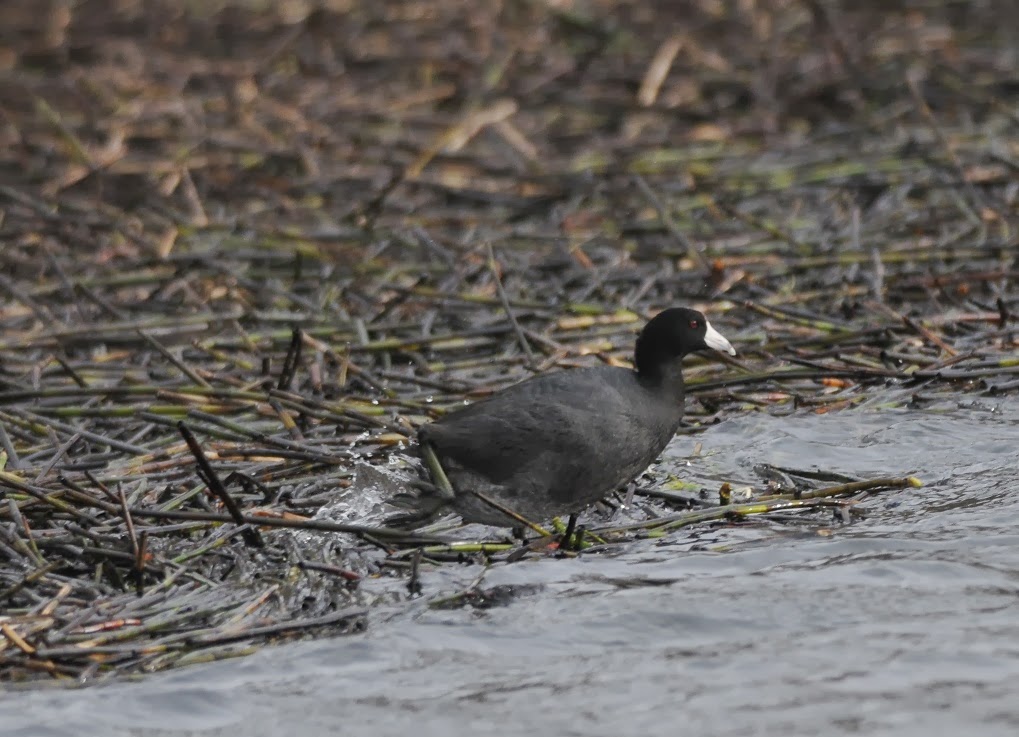 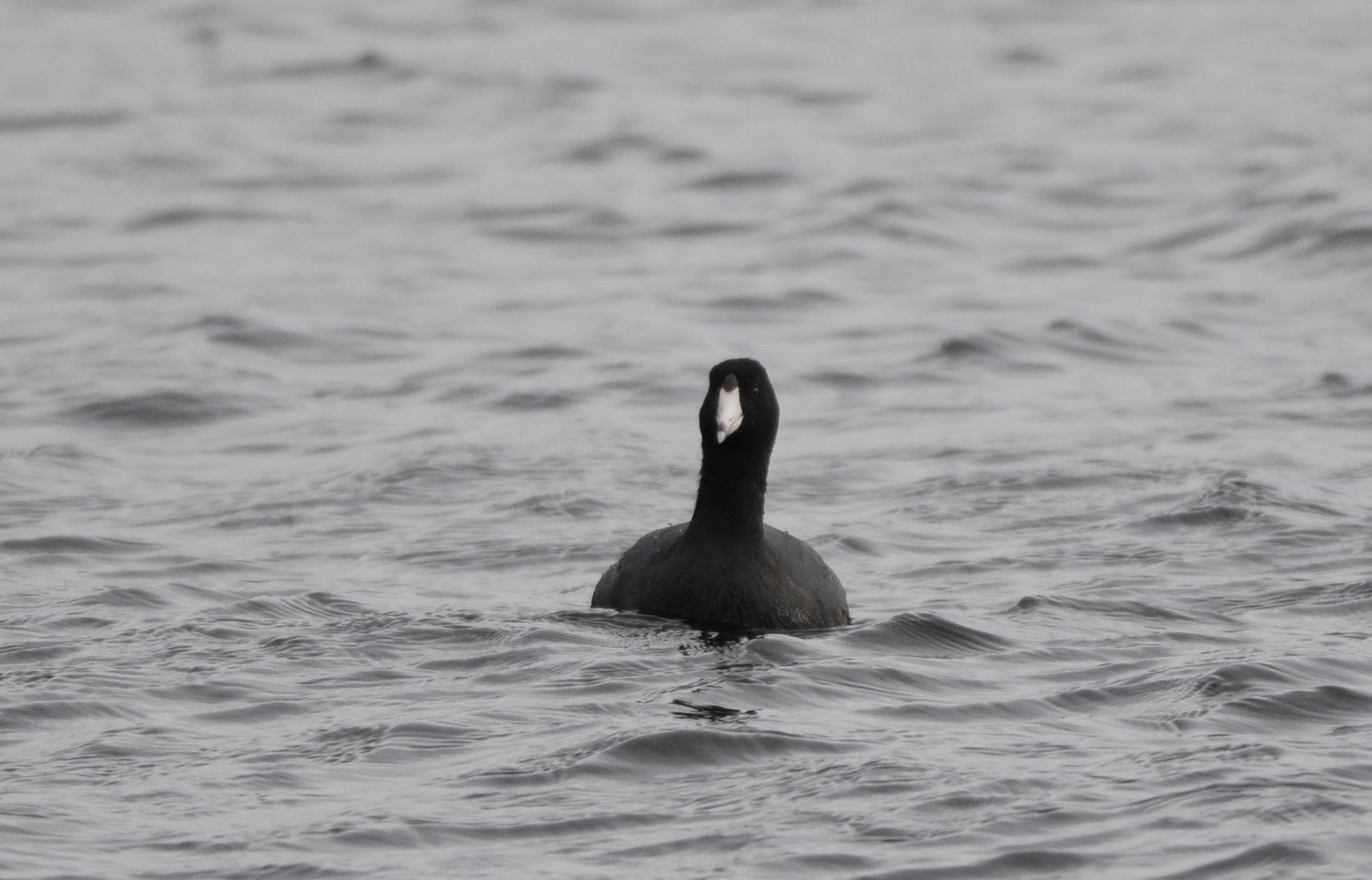 We spent around an hour with the Coot, it seemed glued to a particular section of the Loch but we managed a few if not distant photos, I am not one to complain though and just being in Scotland with its Highland scenery put a smile on your face.
We also recorded Common Buzzard and Goldeneye on or over the Loch and then decided to move on to Loch Garten, we were hoping for Crested Tit and Red Squirrel, both we had heard visit the feeders there.

Arriving at Loch Garten car park we disembarked too many calls, mainly Coal Tit, Siskin, Chaffinch and a single Treecreeper.
Walking down to the feeder gave up 2 Crossbills calling in the Pines, whether Common or Scottish who knows, both went unfortunately before we could confirm id – it turned out they were to be the only Crossbills seen on the trip although I must say we didn’t go searching for them.
We gave the feeder about an hour, many Coal Tit as you would expect but no Crestie, we then decided as the afternoon was fast disappearing to a trip up to the Cairngorms Ski Lift Car Park, as luck would have it, likely due to the lateness in the day we were able to drive straight up there, normally you can’t and have to get a bus up from the low level car park.

On the way up past Loch Morlich Shaun pulled a Dipper out of the bag and 2 Goosanders were seen, unusual location for a Dipper but good to see one on our first day. Also seen were 2 Red Grouse on the way up in the snow covered heather.

Target bird for the car park was Snow Bunting, they didn’t disappoint either, around 60 birds were present although mobile, the remainder of the day with light going was spent watching and photographing these. 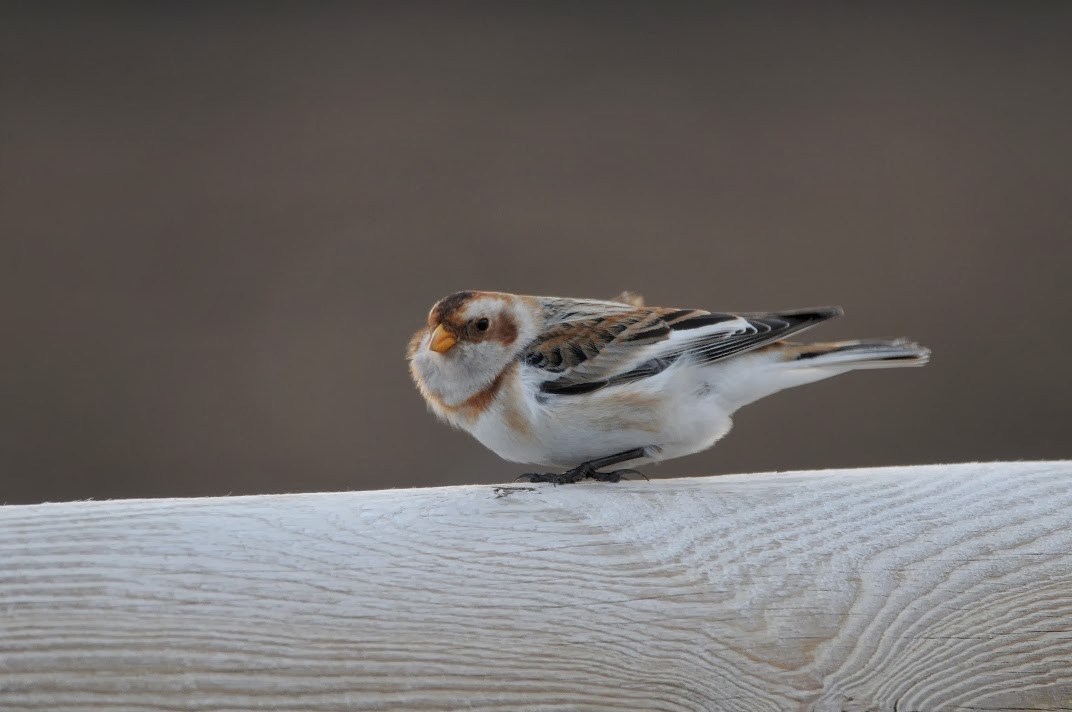 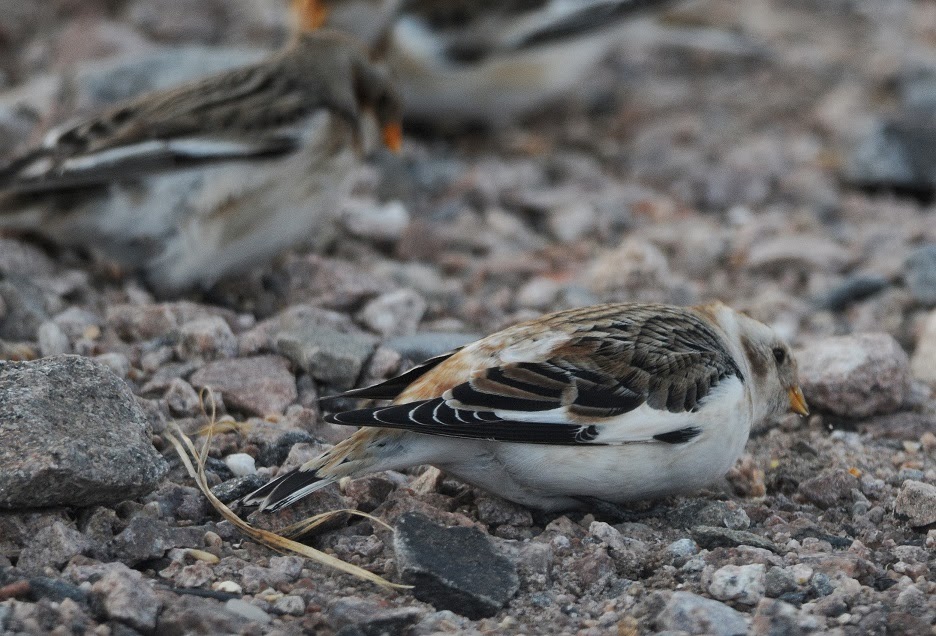 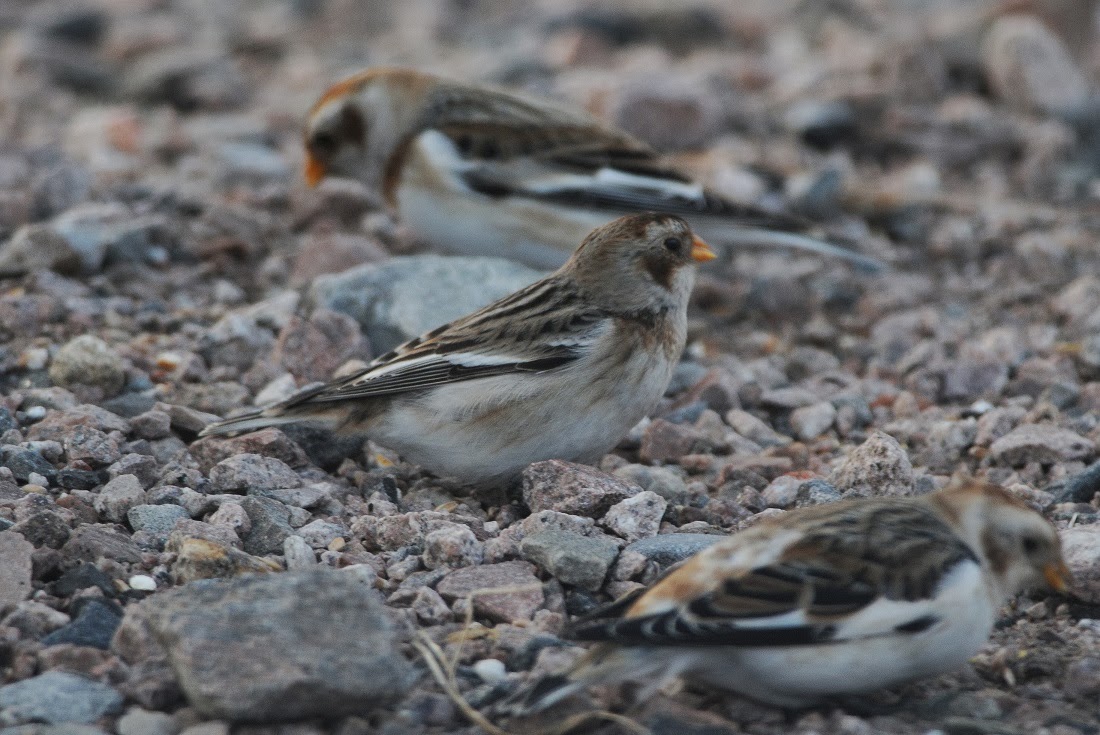 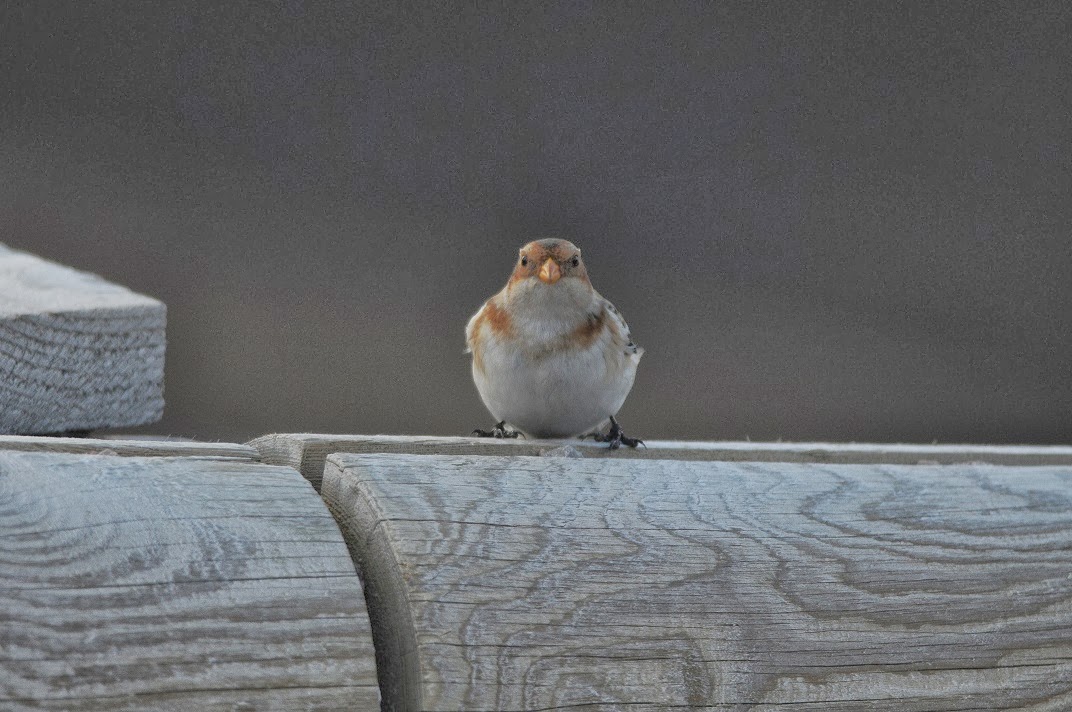 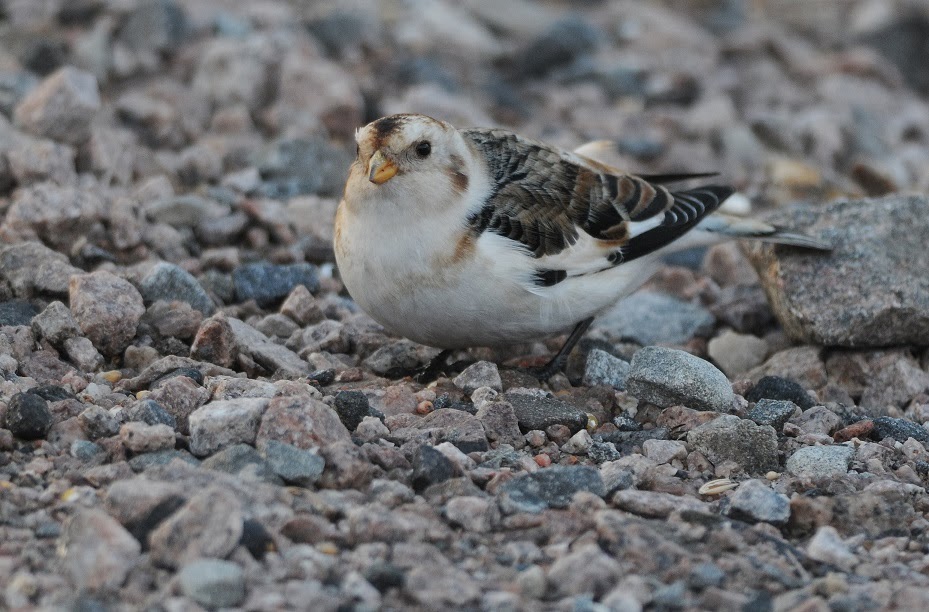 A good end to the day as we headed back down to our base at Aviemore, dinner and a pint was calling. We were staying at the Hostel, packed with skiers and very good value for money at £22.50 a night.


I was already thinking about Saturday, we had contacted Marcus from E-Birders; he was to be our guide for the day for one bird that we all wanted to see well, Ptarmigan, a bogie bird for me and Shaun, will update on Day 2 shortly. It was to be one of those days you can do no wrong.