Every now and then you get a surreal moment in birding; Sunday at Cliffe was definitely up there.As is our habit, myself and Paul before the Hoo surveys bird a local area to see what’s around.

On Sunday whilst viewing the Radar Pools we picked up 2 drake Common Scoters, a very nice start to the morning, they were out amongst the islands so we digiscoped a few record shots.

As were standing there they started to move towards us, I tucked in tighter to the bushes next to Paul out of the sun and both of us with exemplary field craft never moved a muscle, Paul even pulled down his bobble hat covering his high forehead to reduce the glare. For myself, with rather a large nose, I kept my profile head on, nothing was left to chance, still they came on.
The cameras were working overtime, they eventually came in to about 20 feet, when they dived we changed settings and then became statues when they surfaced. 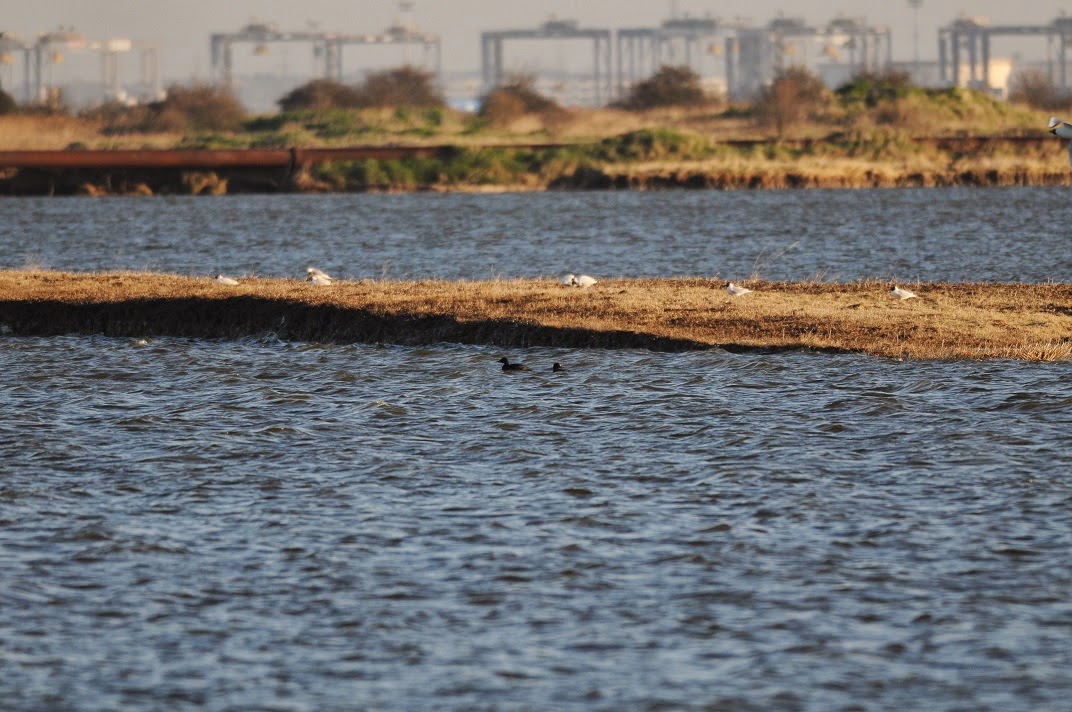 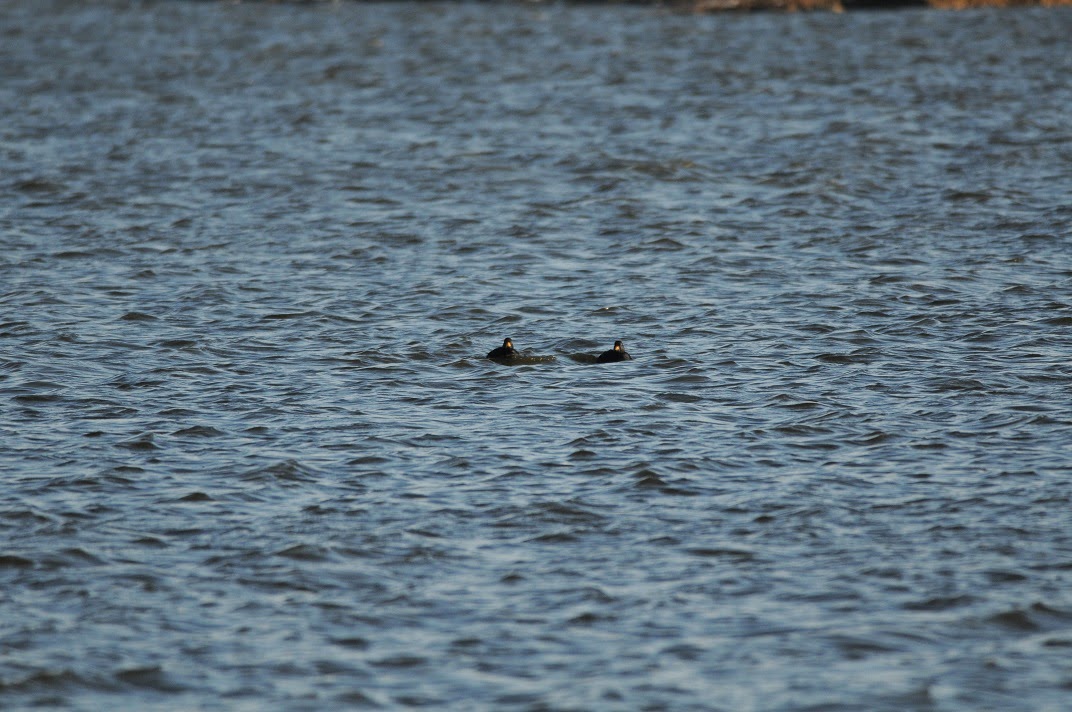 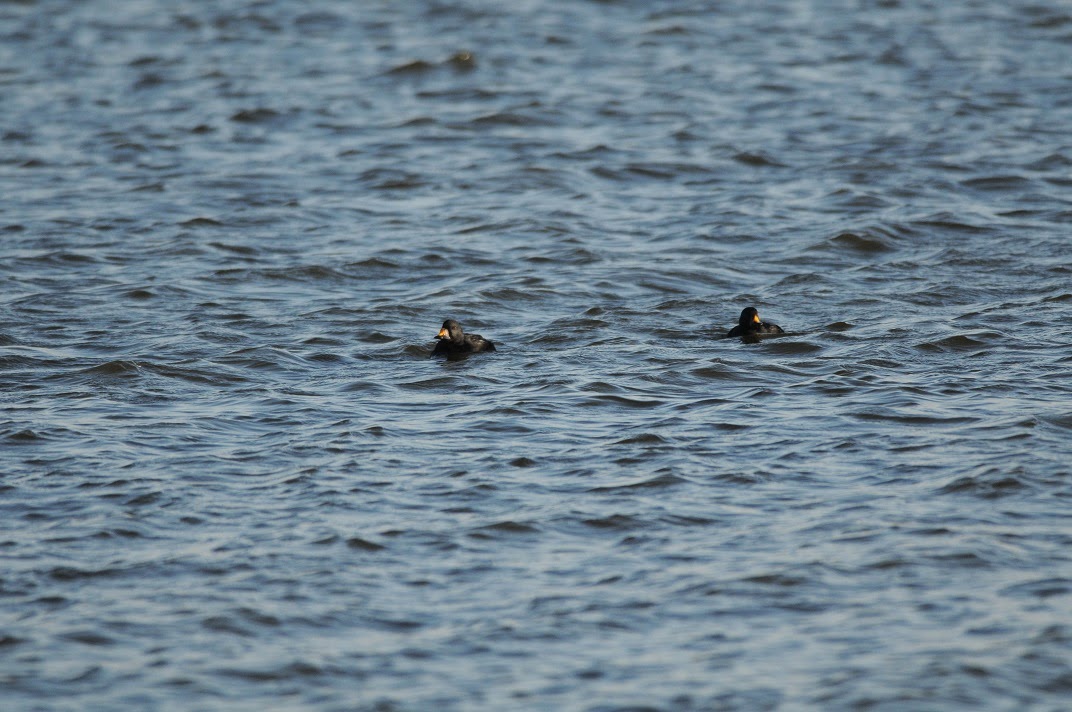 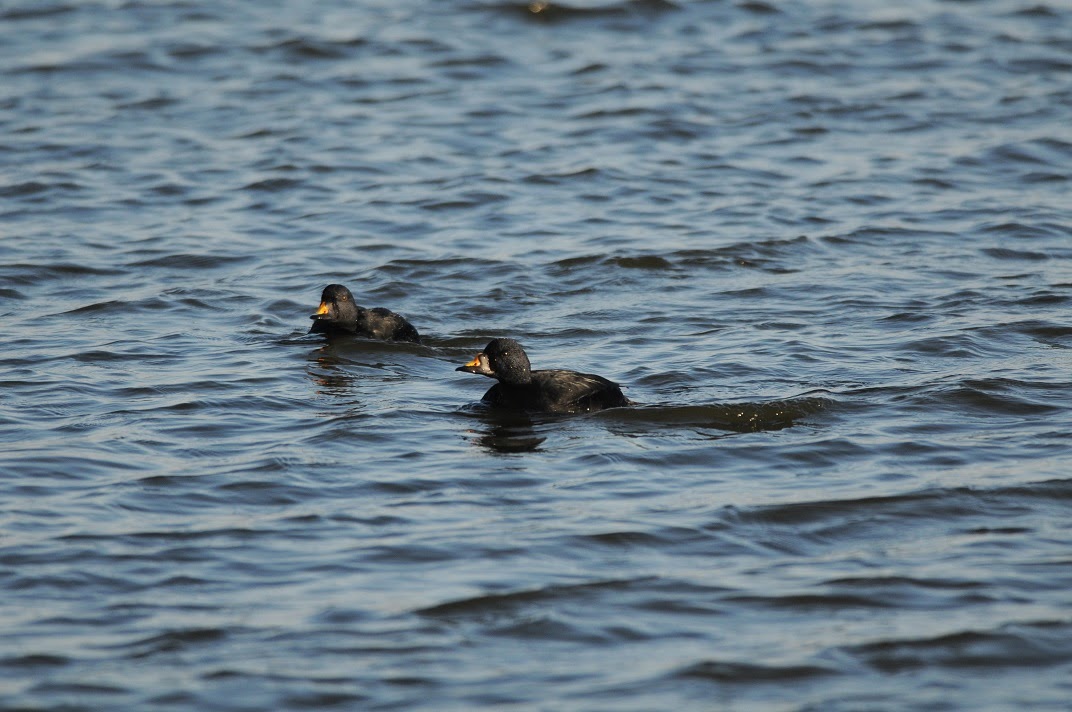 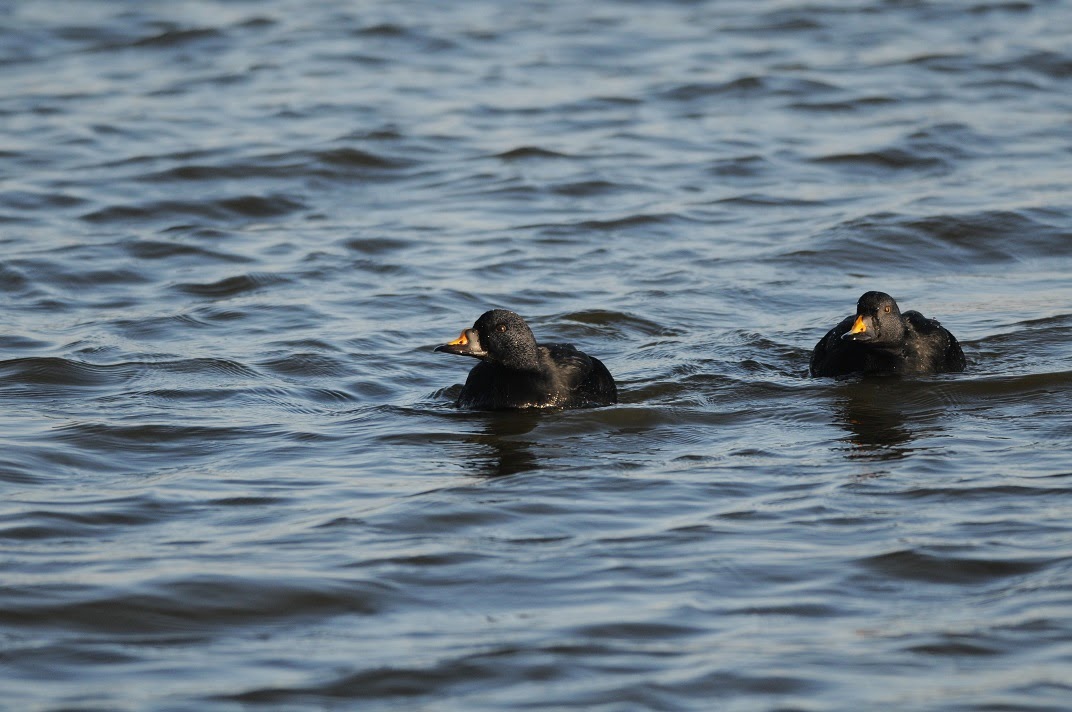 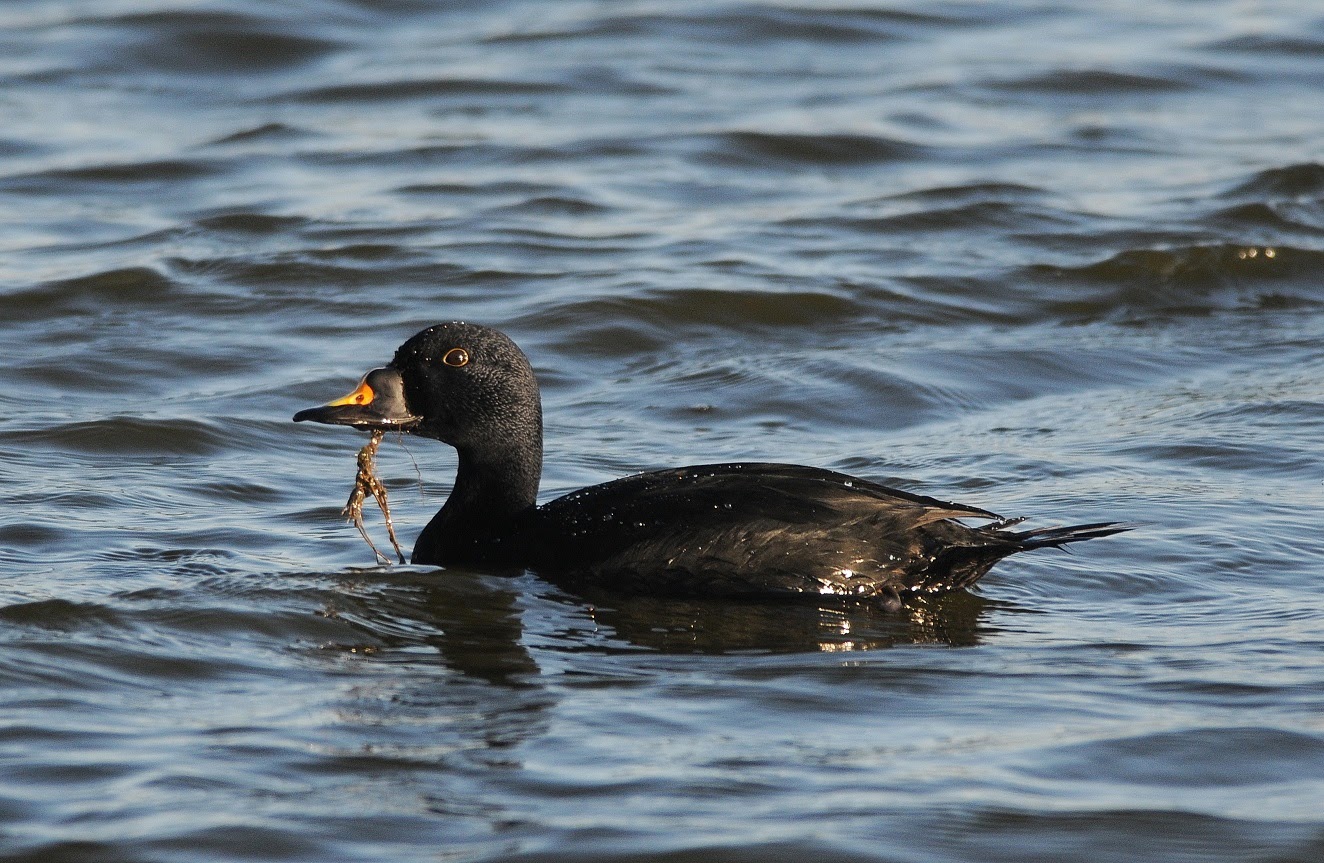 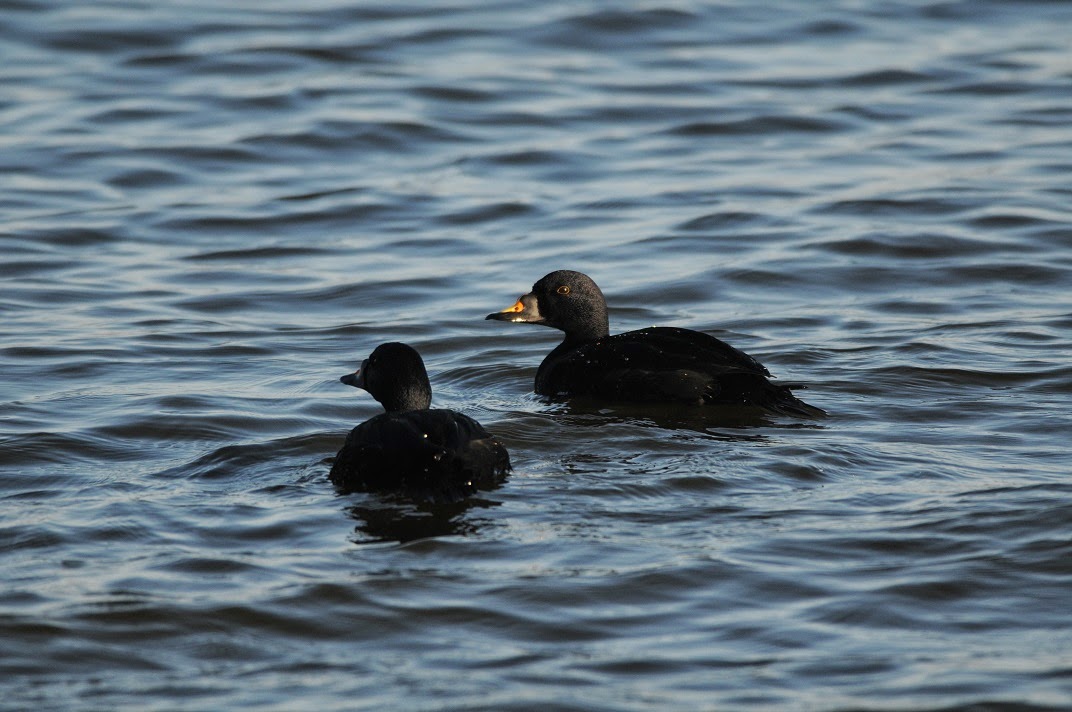 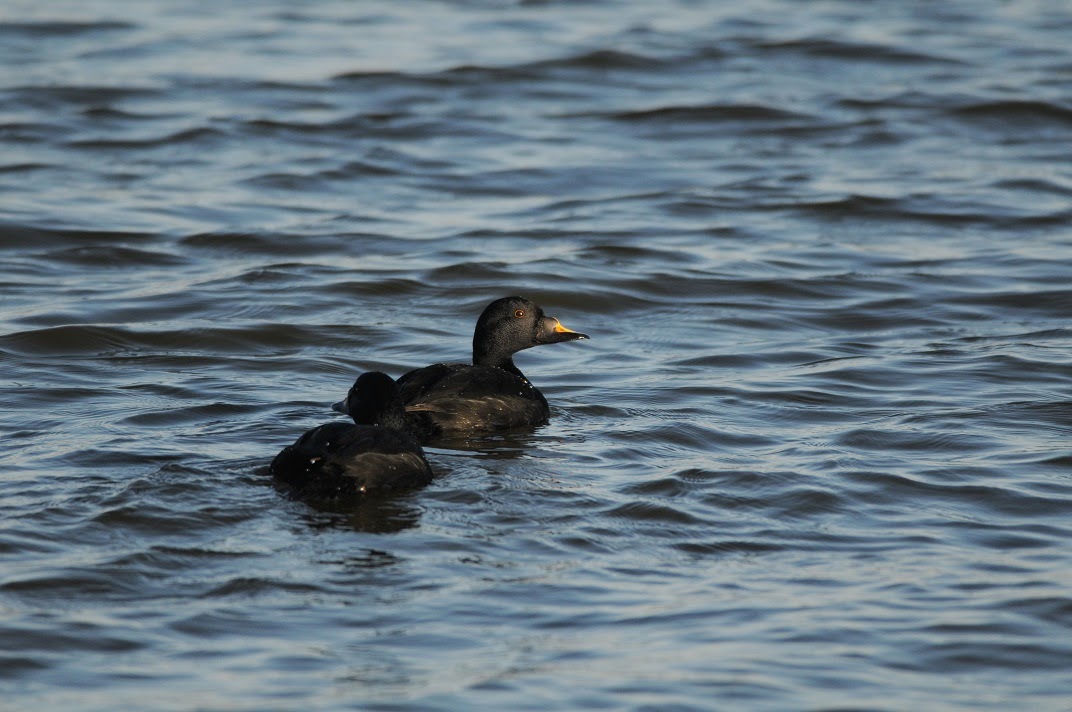 I have to say a great start to the morning, they did eventually see us and drifted back out towards the middle, hopefully local birders caught up with them, an unusual time of year to see them and even more unusual to get views like this.