With some sunshine showing I popped into the Reserve to bolster the Year List, currently standing on 80, I had an hour or 2 to spare so decided on quick visits to the river wall and the Stone Barges.
I had in mind to try and get some photos of the Rock Pipits, additionally trying out the settings and driving myself nuts as usual as I walked along the river wall.
One of the first birds seen was a Spotted Redshank flying upriver with 5 Redshank, the distinctive chew it – chew it call very audible, I watched it go up river presumably to roost. 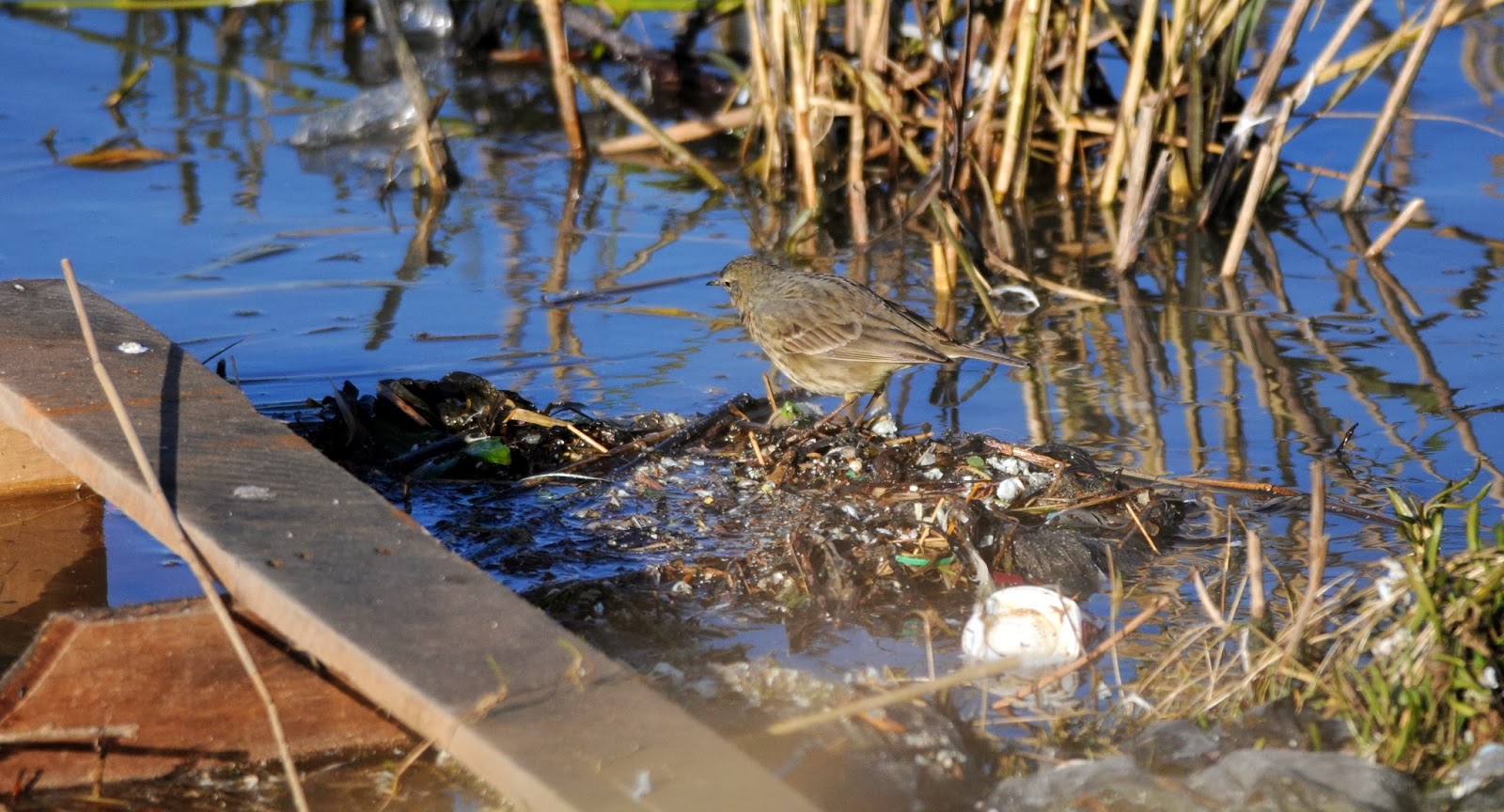 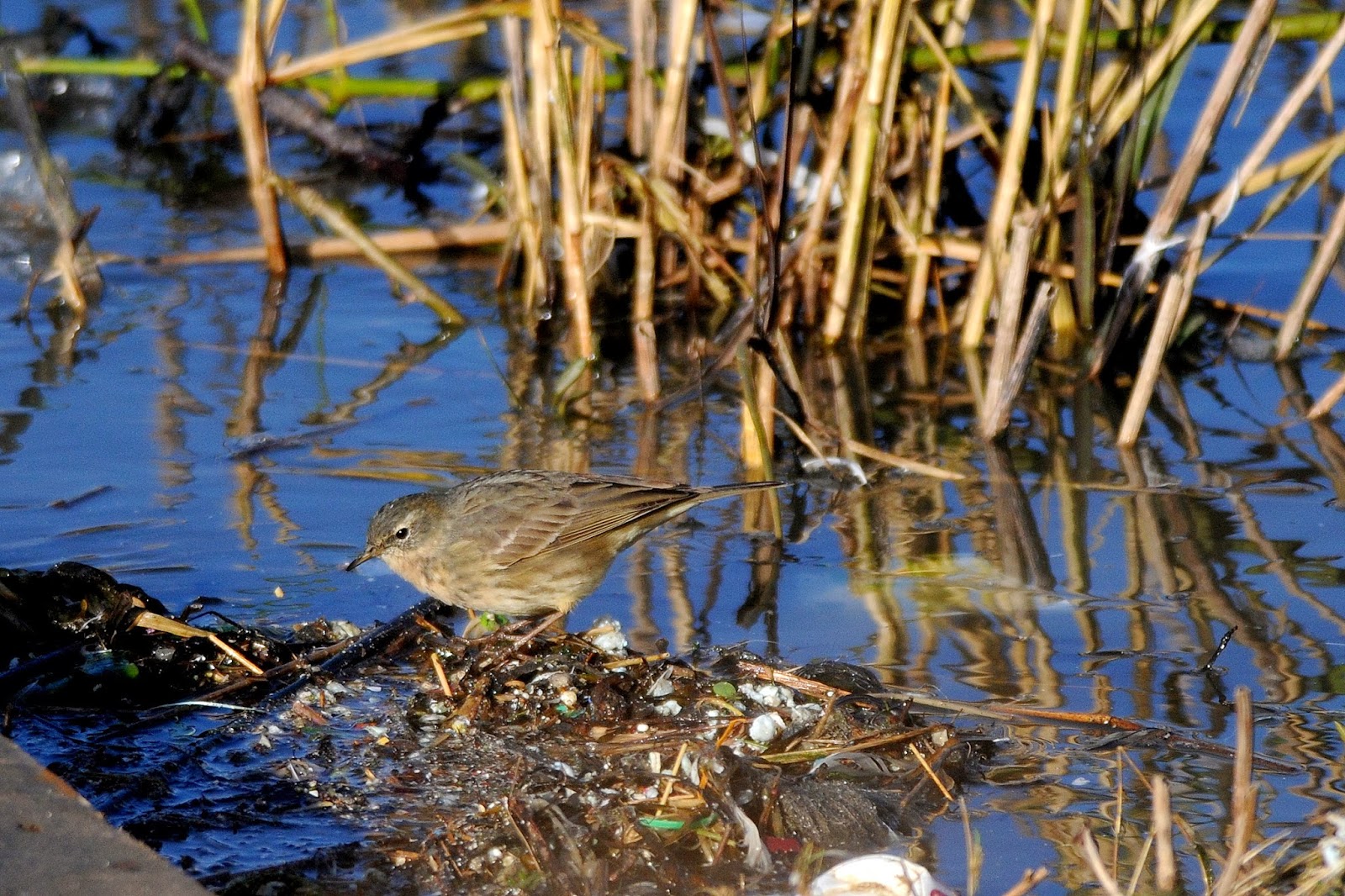 Wigeon were present all along as were Teal and 3 Curlew were seen to go to roost on the rising tide, half a dozen Redshank completed the waders seen.
I did manage to get a few shots, a little bit of glare where I think I should have gone down another notch but not too bad. If I start doing too good a shots the big boy lens chaps (Jono, Russ etc...) will start feeling a little threatened by myself so I will keep them average and just throw in a good one here and there. 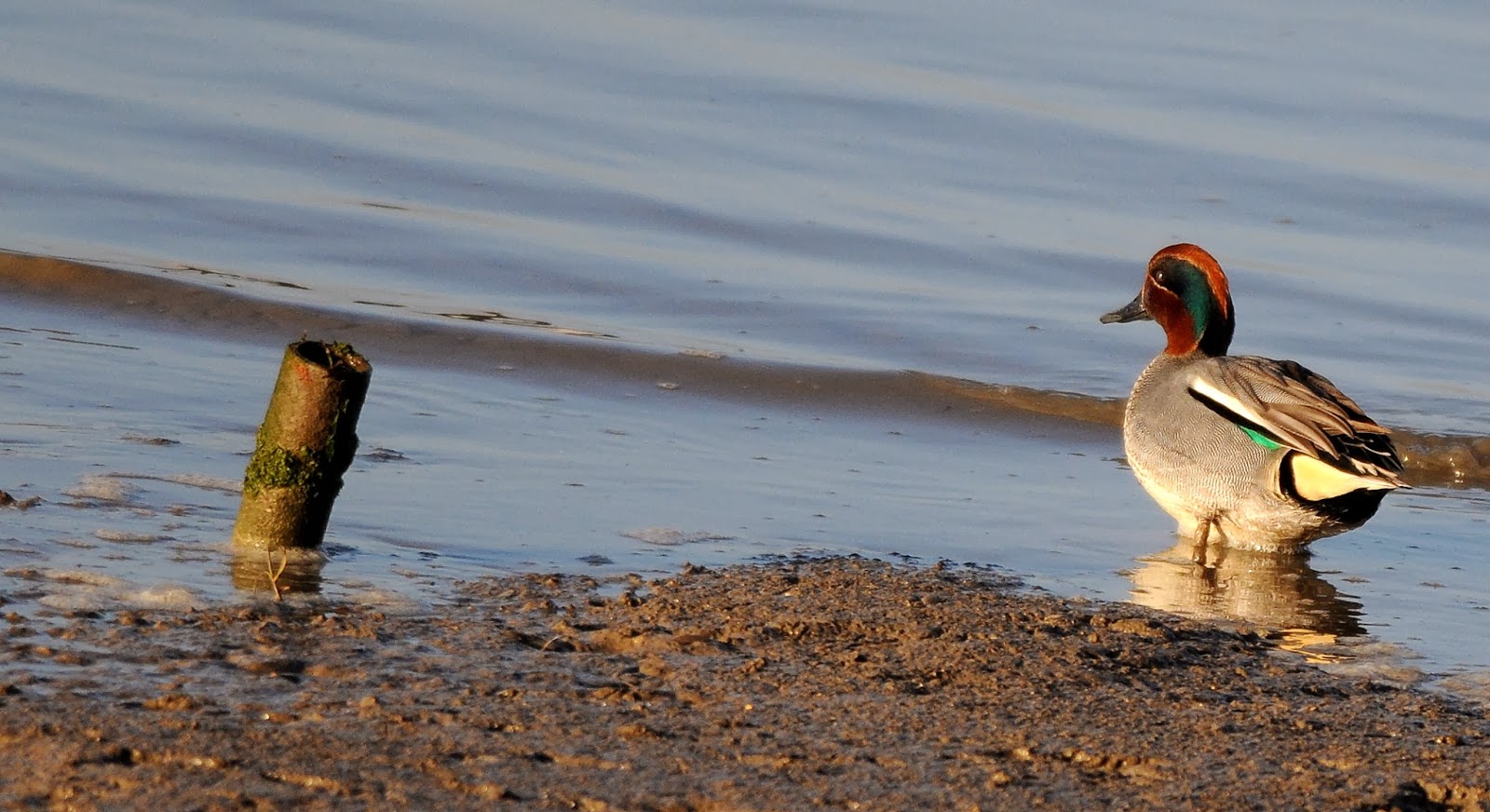 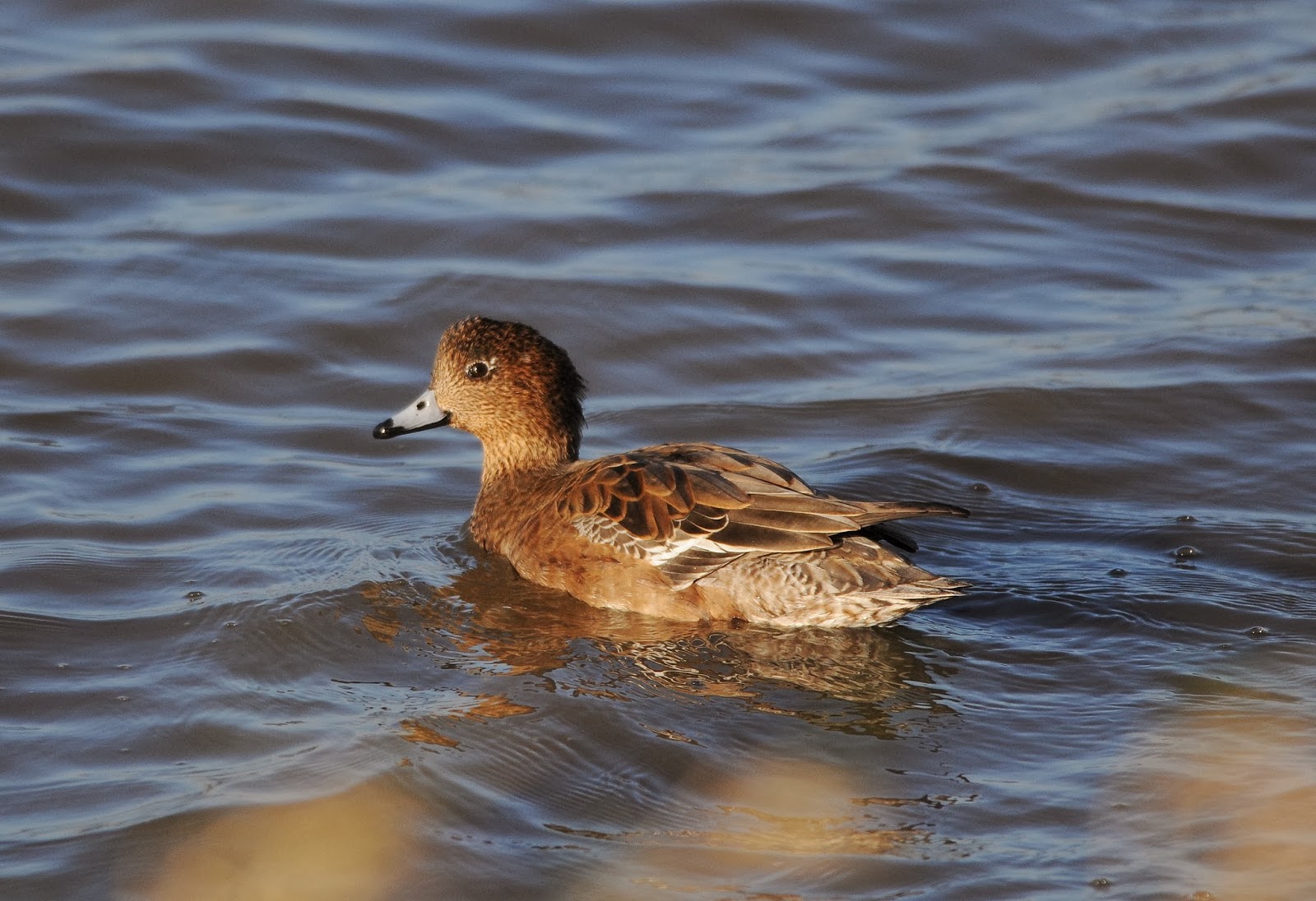 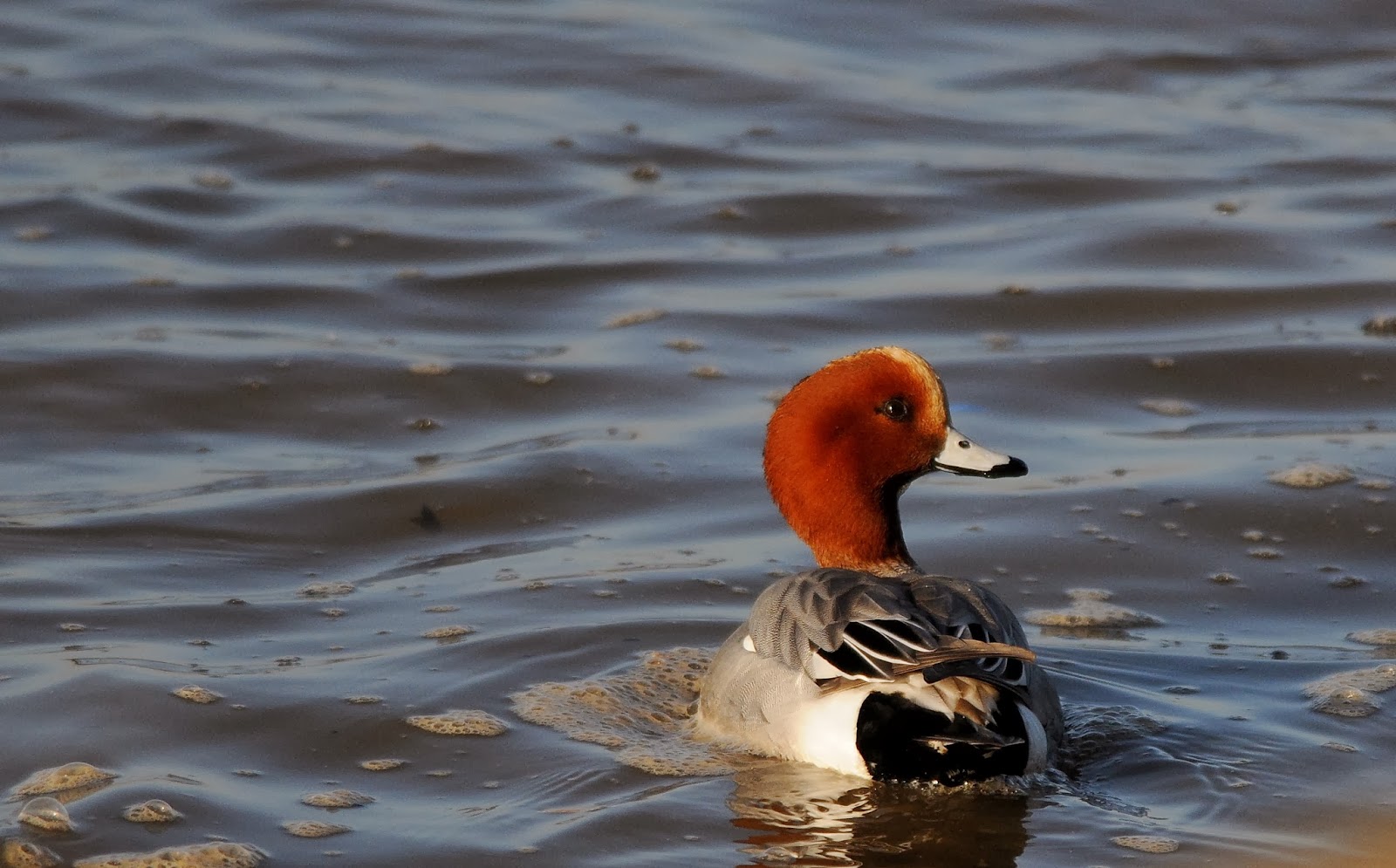 From here I headed down to the Barges, met Russ on his way out, no sign of the Iceland Gull that has been seen recently but I gave it an hour looking along the Pipeline, no luck but did add Oystercatcher on the Barges.
I also got brief views of a single Water Pipit which refused to come anywhere near the camera.

On the way out along Cold Harbour Lane I picked up a Stonechat, the Oystercatcher was the only new bird and moved the list up to 81.
After this I visited the roost at Dagenham Riverside, this held 10 Curlew, 30 Redshank and an Oystercatcher. 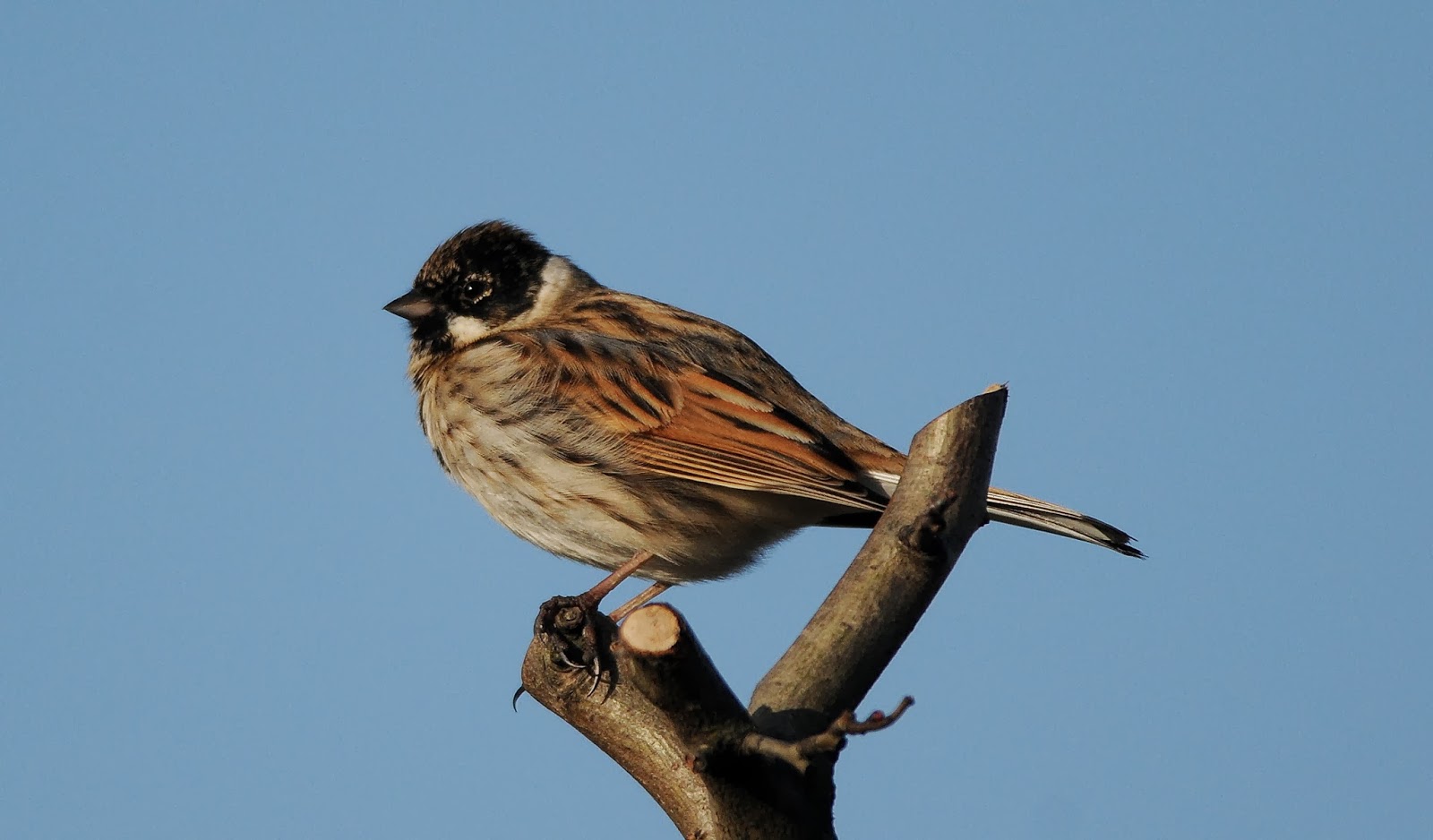 The 4 of us make for Scotland on Friday (Mart, Shaun and Paul), with luck when you next read this blog, Ptarmigan will at last be on the list and even better photographed, just heard that the Highlands are experiencing the worst snow in 69 years, should be interesting. This is where I come into my own, short legs, low centre of gravity and good balance,large stomach which spreads my weight, I am made for snow.