A good survey made all the better by catching up with a Juvenile Spoonbill seen battling the wind heading west at 11.10am, it passed inland of the Refinery and more or less flew over the Dam at Holehaven Creek. 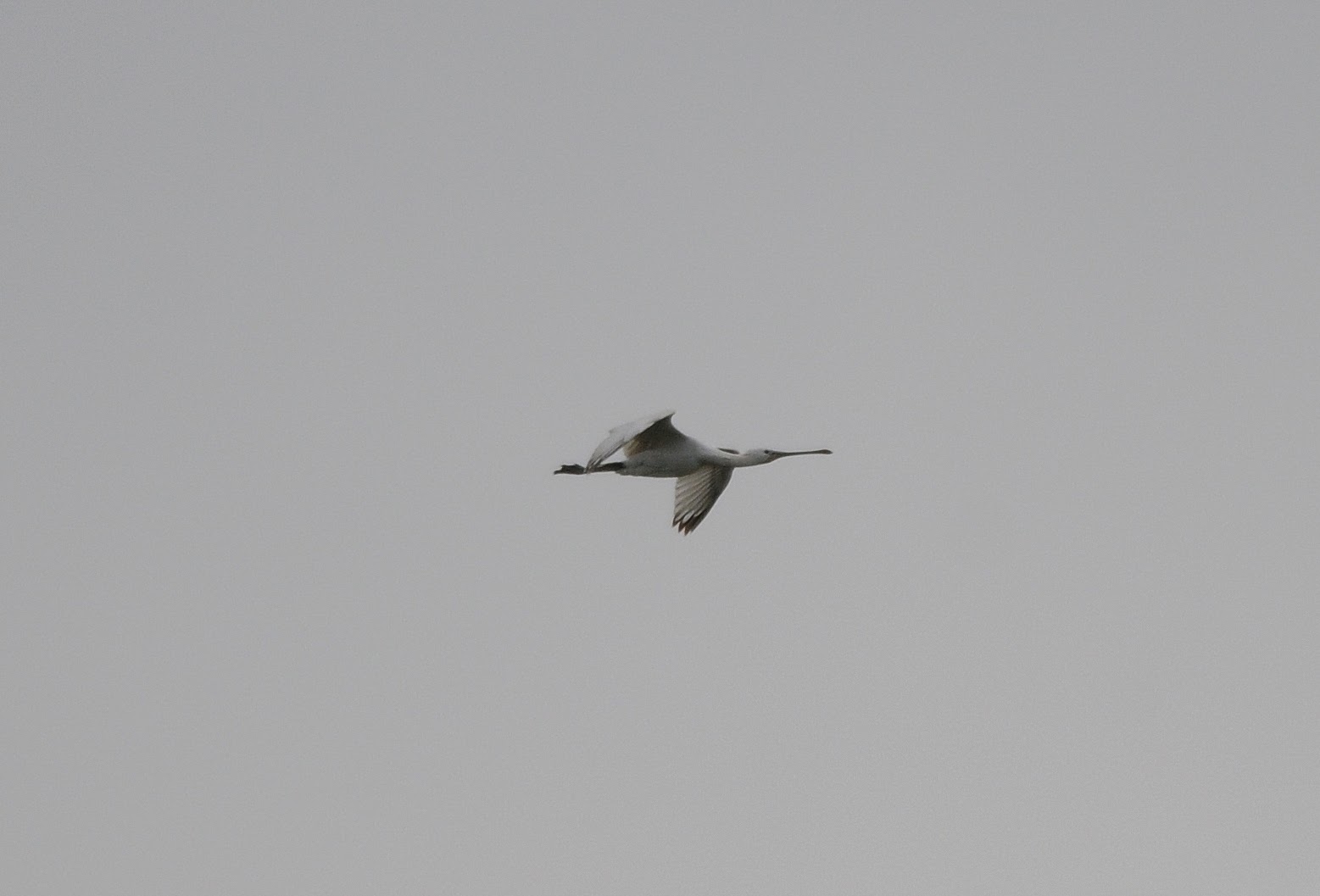 Last seen still flying strongly over Manorway and despite other Ecologist’s all along that route right up to CoalHouse Fort, it was not seen again so may have set down somewhere in between for a rest.
A good bet I suspect eventually would be Rainham RSPB, with its water levels and Spoonbills having dropped in before, it’s a possibility. 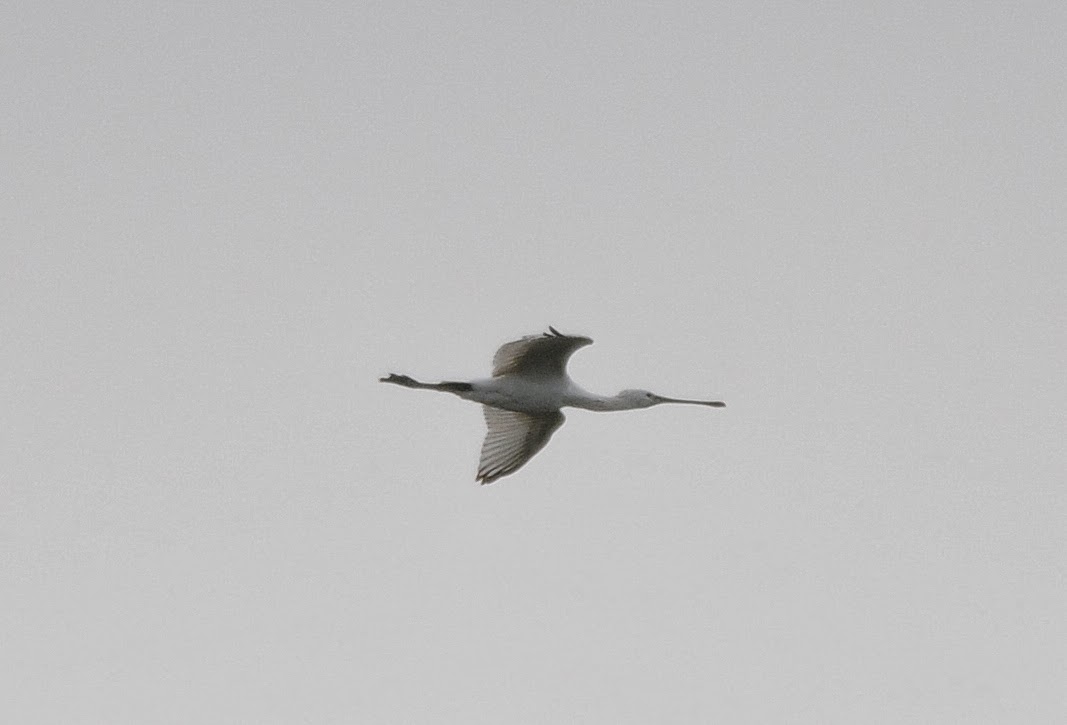 Elsewhere on my survey area the same particular area of long grass continues to attract even more Corn Bunting, after a few counts I eventually reached 53 birds, added to the 8 seen after in another distant area I ended up with 61 birds. 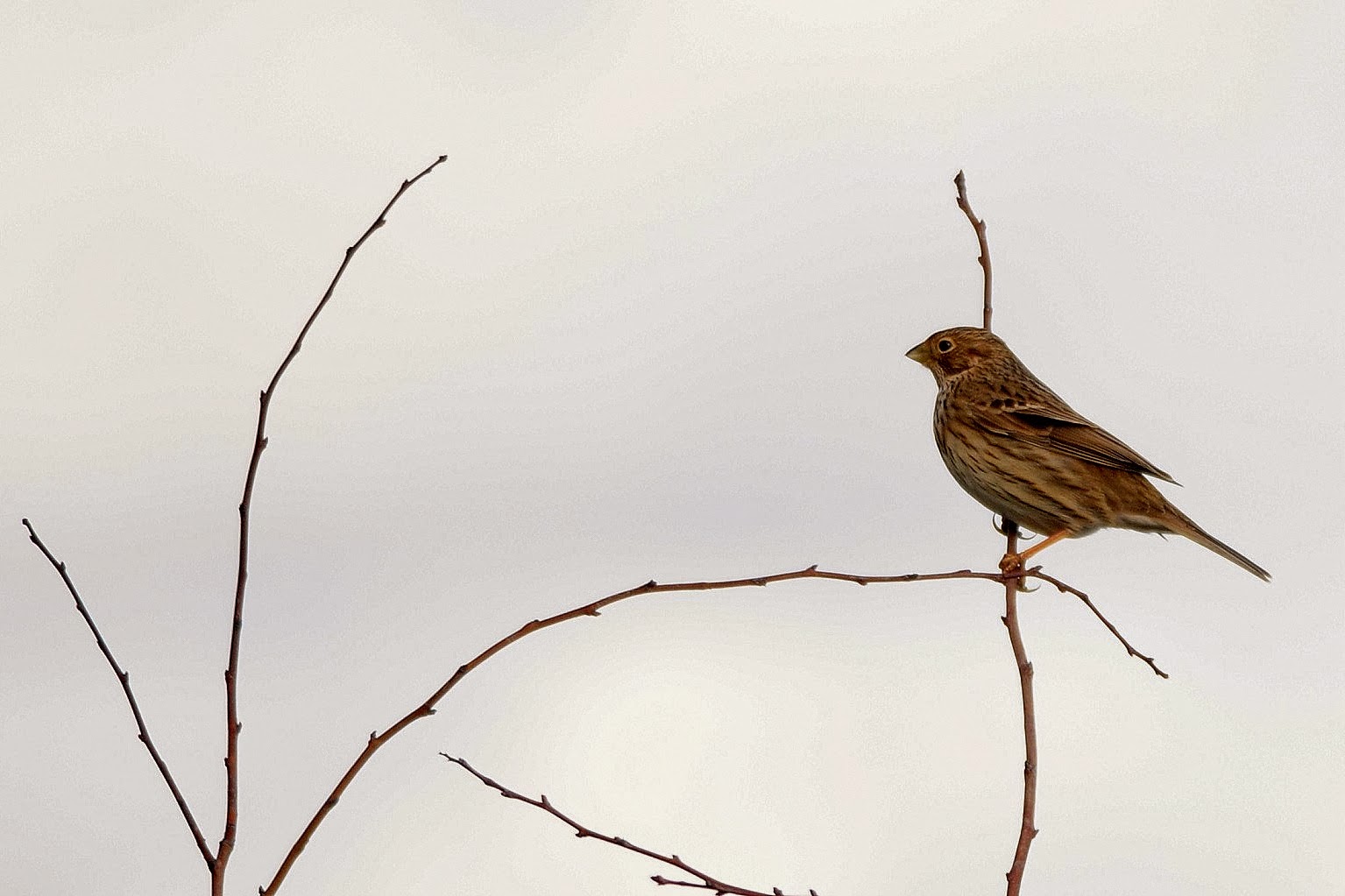 A good Essex flock and a very welcome sight.