This was once a pretty regular site but these day’s I’m lucky if I get over there twice a year, it was and likely still is a good place to catch up with migrant Spotted and Pied Flycatcher in August. If I remember correctly I also had a Wood Warbler here a good few years ago found by Colin Jupp, to this day I have not had better views of one.
Today’s visit was on a whim, I had a couple of hours spare so headed down there in the hope of some Goosanders, they are pretty regular in the winter. 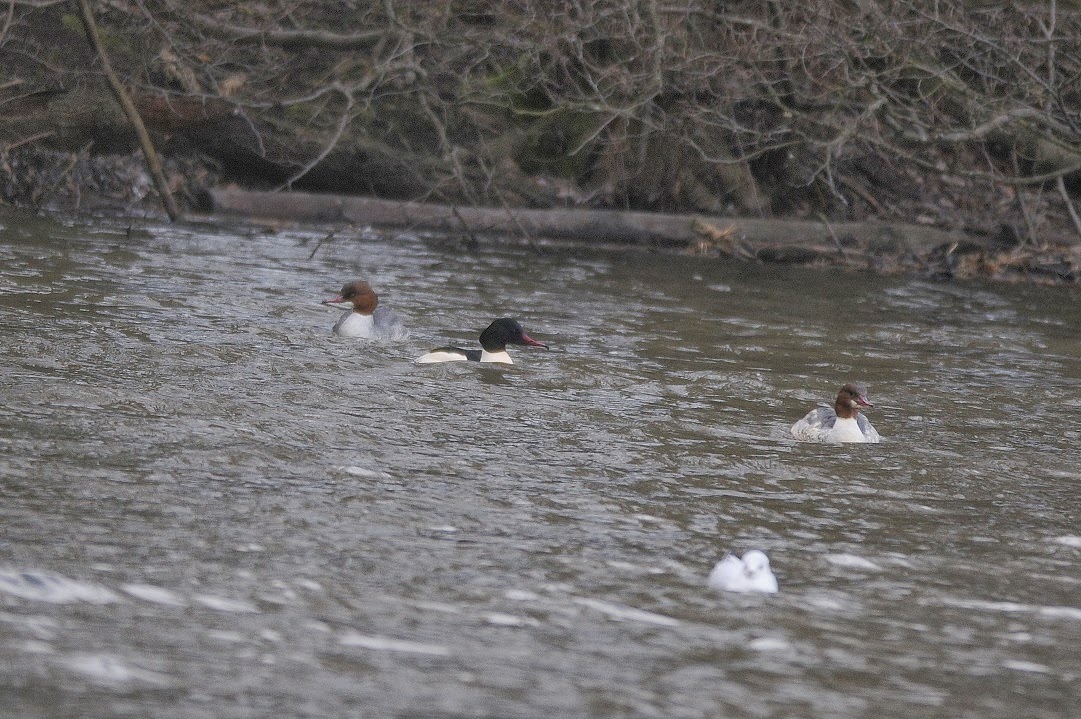 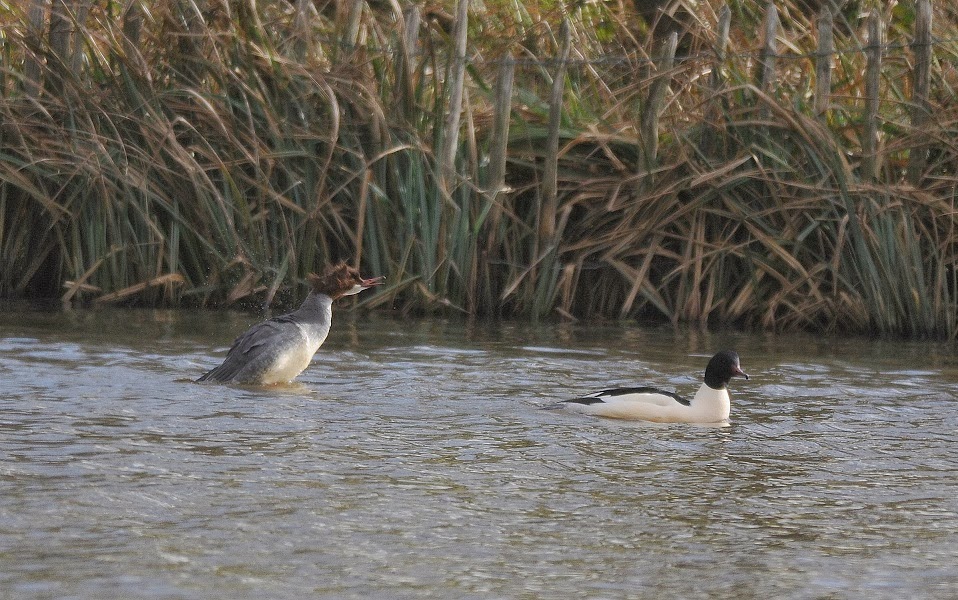 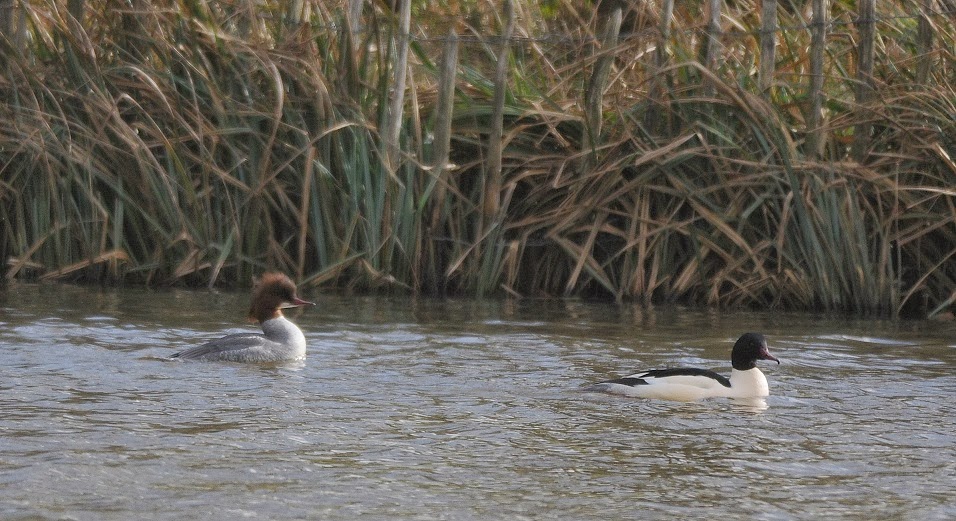 I will try not to talk about the weather but will fail miserably, basically it was overcast and pretty dark and when the sun did show, all to briefly I have to say, I was on the wrong side of the lake for photography so not ideal.
None the less I got a few shots, trying to get close to them was another matter, very elusive to say the least. I could not get near at all. Added to this there were people everywhere so they were constantly on the move and wary.

I ended up with 3 birds, 2 Redheads and a Drake and also recorded a daytime calling Tawny Owl which was rather unusual. I still have not had one at the Valley this year, unlike some other sites they are hard to connect with at the Valley for some reason.
6 Siskin were also seen in an Alder tree and I finished the visit with 5 Common Buzzards thermaling very high, this included a rather pale bird which was seen lower. 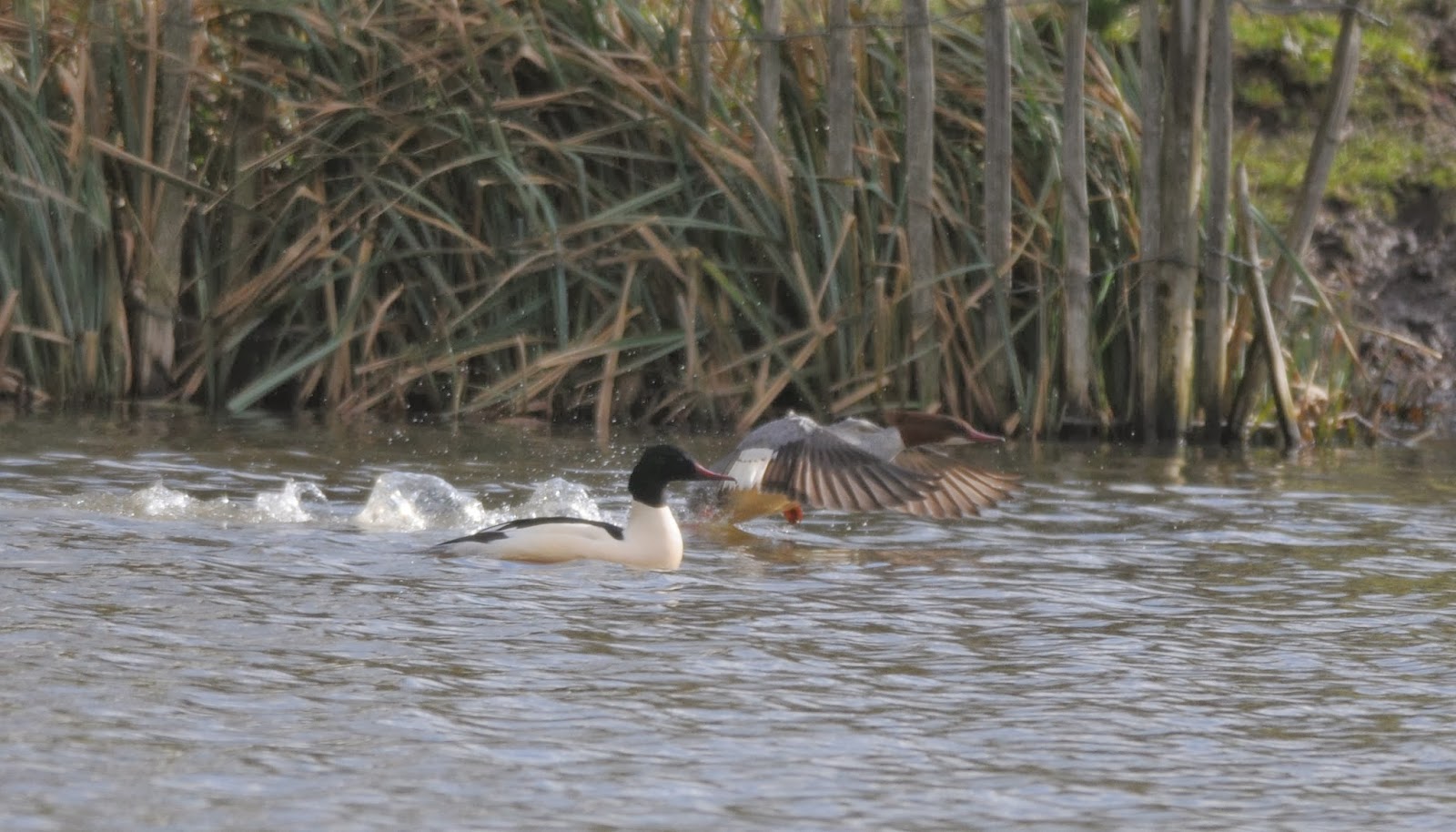 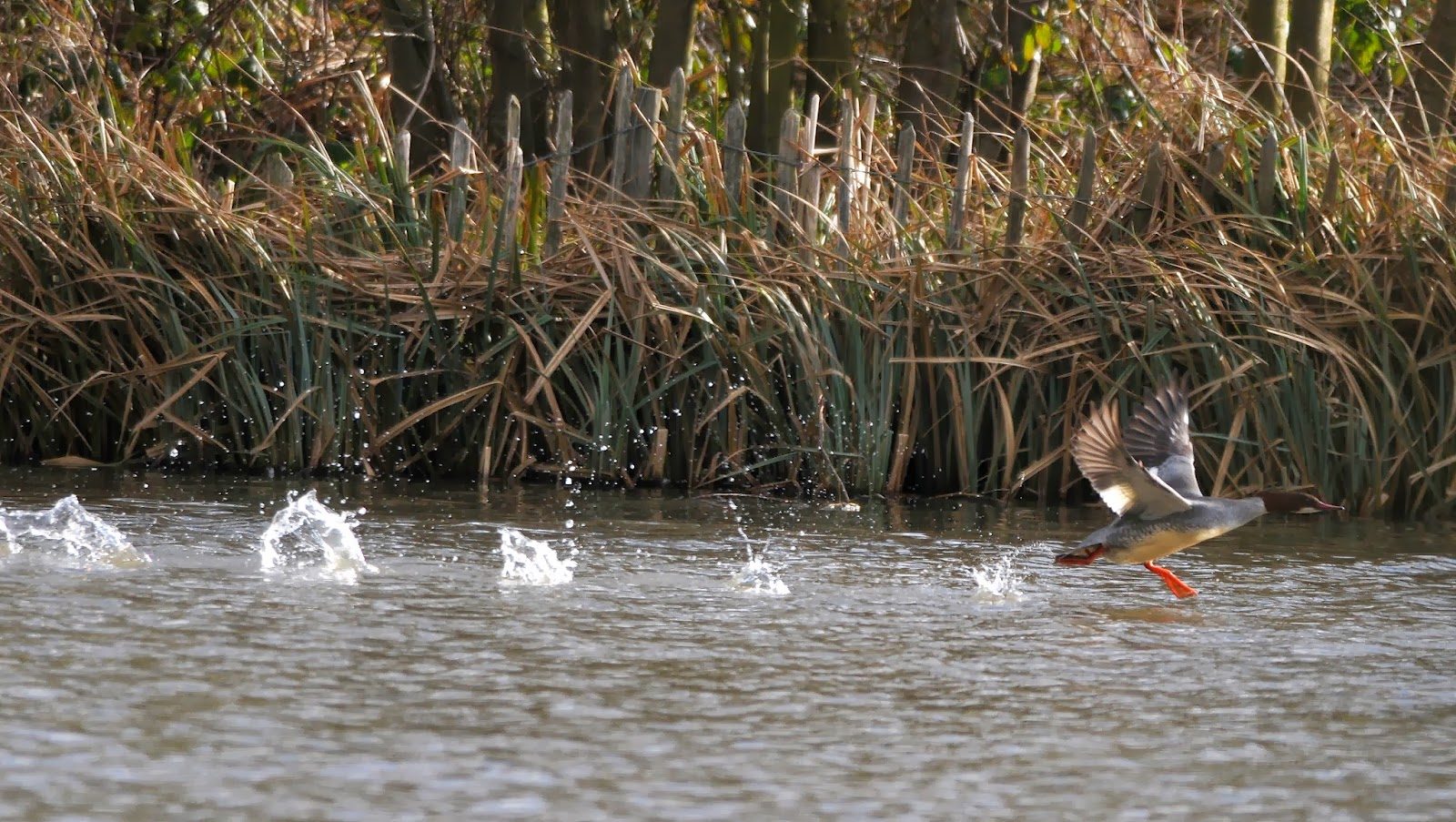 Despite the weather I can’t complain even though I like to, it’s an age thing, it was good to see the Goosanders and I am now thinking of a visit next week on a good day, I think I know where to put myself for a decent photo.
As I write this I am thinking of Scotland and Ptarmigan - now only a week away.