It has to be said I don’t get here as much as I want to, it is an old haunt along with Old Hall Marshes and Tollesbury Wick, I used to visit these sites regular in the pre- peregrine and survey days.
I had been keeping an eye on the tide and Saturday did not look too bad, a dawn rising tide peaking around 9.30am, ideal so off I went.

Arriving in semi darkness I was hoping for a Shortie or a Hen Harrier, the latter now seemingly getting harder and harder to see unless you go to favoured sites. No luck with either,mind you I did have 4 Marsh Harriers upstream no doubt from roost in between 7.20am and 8.00am so not a bad start to the day.
It was also obvious that Dark Bellied Brent’s were around in numbers and some were very confiding and kept the camera entertained throughout the morning despite the rather harsh grey skies. Occasionally I would get snatches of sunshine, unfortunately in regards to photography I was on the wrong side of the Estuary and against the sun when it did come out. 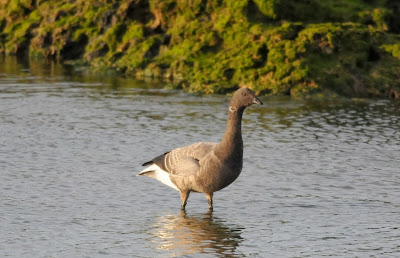 I watched the corner of the Estuary up to 10.00am, during the morning I had some very good birds, top of the list would go to 3 Slavonian Grebes located mid estuary, this used to be a bit of a hotspot for them with double figure counts not uncommon during the winter months.
The supporting cast also included some more goodies, 4 Goldeneye, 9 Red Breasted Mergansers, similar numbers of Common Scoters and also a flyby Red Throated Diver all added to the tally, all though were distant unfortunately. 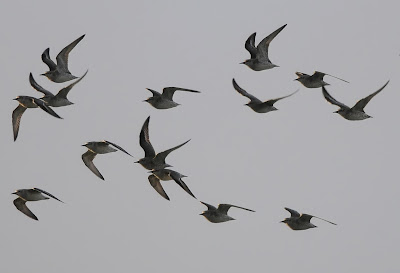 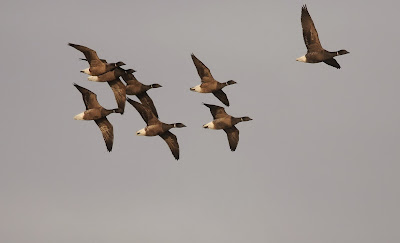 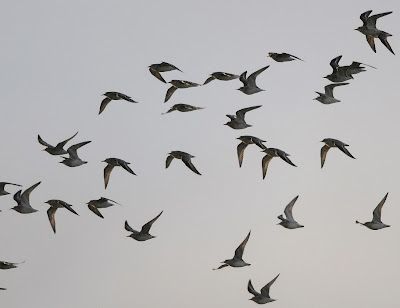 By the end of the morning I had recorded 480 Dark Bellied Brent’s going out along with 7 Pintail seen sitting on the Estuary, good numbers of Knot, Bar Tailed Godwit, Dunlin and Grey Plover were also seen so all in all a very enjoyable if bloody cold visit.

Still a great place to visit, next week Old Hall Marshes hopefully, a long walk if I remember correctly.