An early morning start in bitterly cold weather, 2 above showing but feeling even colder with the Northerly.

Both me and Paul set off straight away, it was quite evident that the colder weather had bought in more birds, good numbers of Lapwing and Golden Plover were picked up straight away on the Transects. Raptors it seemed were everywhere, male and female Merlin, Common Buzzard, Female Peregrine and at least 6 Marsh Harriers made for a lot of movement around site.
No sign throughout the day for either of us for the mid week sighting of Hen Harrier, hopefully still in the area, they are becoming a hard bird to see unlike Marsh Harriers, a great success story. 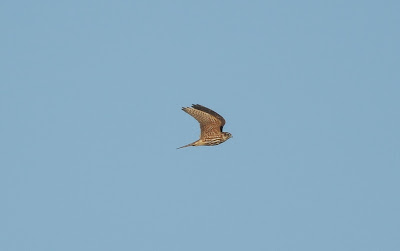 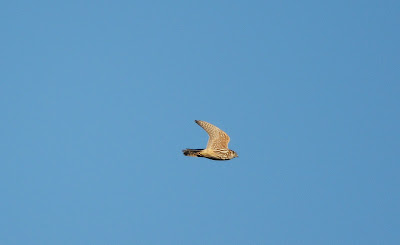 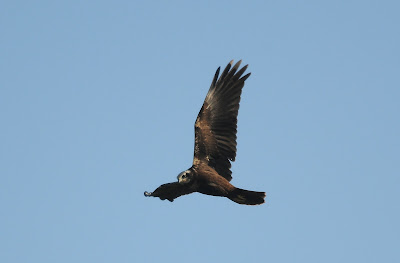 My bird of the morning undoubtedly goes to a Lapland Bunting, initially called as I flushed it along with 6 Skylarks, all landed and I had decent views for about 6 seconds of the Lap before it was lost to view. Unfortunately it was on private land. 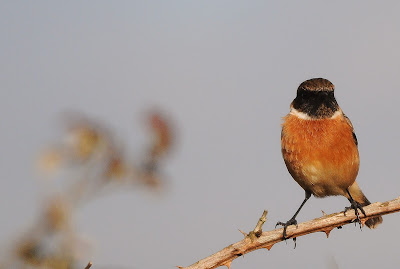 Wader numbers at low tide had gone through the roof on Blyth Sands, Knot were seemingly everywhere.
Highlights from the river were 9 Eider, looked like adult and 2 immature males with 6 females, Gannet and 5 Pintail, I also had a very distant Diver fishing, too far to id unfortunately.

A good morning, roll on December.