With the promise again of good weather I was out at 5.00am and heading down to my uncles Wood in Kent. It is a 200 acre mixed woodland which is run as a shoot, it is alive with wildlife and I have it all to myself. One of the big draws to it is not only is there no dog walkers but on 2 occasions over the years I have seen Goshawk. I have seen a male on its own come through the wood hunting just after dawn, but by far the best, was an adult female at tree top height followed by a smaller juvenile calling for all his worth. It was a stunning sight that will always stay with me, I know they are there or in the area but getting them up displaying and getting a photo is another matter.
When I arrived at the wood at dawn unfortunately the fog was too dense to see through so I headed down to Rye Harbour in the hope that it would be clear, it was I am pleased to say.
Massive habitat works are taking place and it looks as if they are creating more foraging and breeding habitat for waders, it looks very good.
I was hoping for a Wheatear but it was not to be, it can only be a matter of days with this weather and if the winds change to the right direction, I also had in my head an Osprey as the conditions were ideal, you have to be optimistic.
The Reserve never disappoints and the Gull colony was alive with activity and noise, mostly Black Headed but there were at least 50 Mediterranean Gulls present .Also mixed in with these on a couple of islands were 24 Sandwich Terns, with the sunshine they were already up calling and displaying.
I am not a Gull man but I have to say that Med Gulls are a favourite amongst them all, it is not that often you get to see this many together, I am used to seeing one or 2 in the winter on the Thames, seeing this many together is quite a spectacular sight. 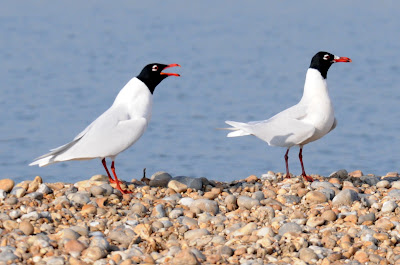 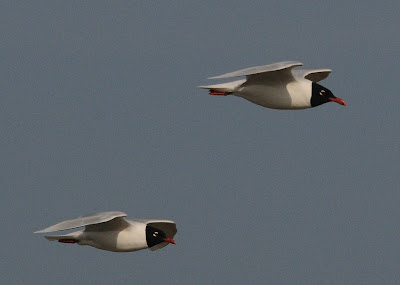 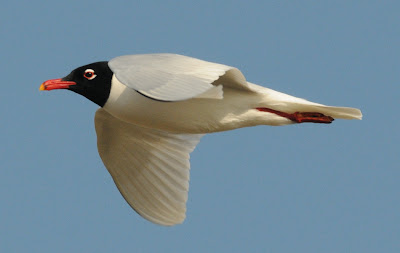 4 Avocets were also seen along many Oystercatchers and Ringed Plovers which were already paired up. 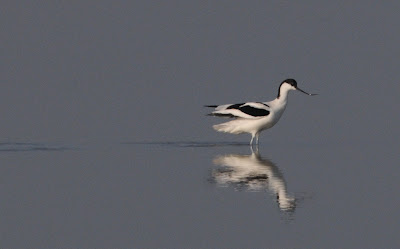 After this I headed back to the wood to skywatch in perfect conditions, I had my first calling Chiffchaff and also saw my first Butterflies, a Brimstone and a Peocock. 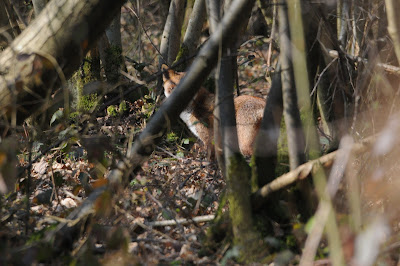 I also had a couple of Moths flittering around the tops of Silver Birch, no idea as to their identity.
The hoped for Goshawks again never materialized but I did have a kettle of 5 Common Buzzards, a Sparrowhawk and a Kestrel all up high enjoying the conditions. 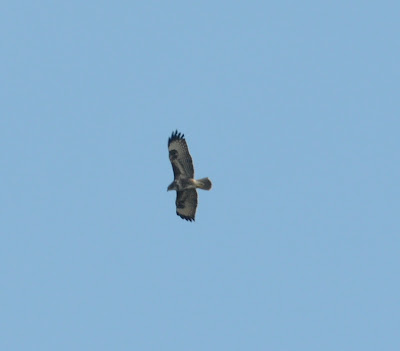 Unusual to hear 2 Tawny Owls calling at 11.30am in bright sunshine, with the weather set to continue I am hoping that I can get back there again, one day I will get a photo of a Gos.