The Garden and the Valley


Like many others at the moment in the south east I have noticed massive numbers of Redwings and Fieldfares where ever I go, this is mainly due to the extreme weather and wind change. Where I live, in Hornchurch we have a large communal garden, bordered by trees, shrubs and bushes with a good number of Hawthorne’s, conveniently right next to my bedroom window.
Over the weekend they arrived en masse, mainly Redwings but also a good flock of Fieldfares, I was fortunate enough to be at home to get a few photos. 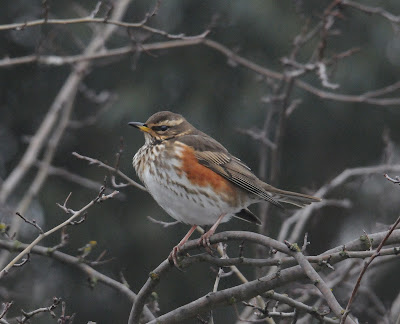 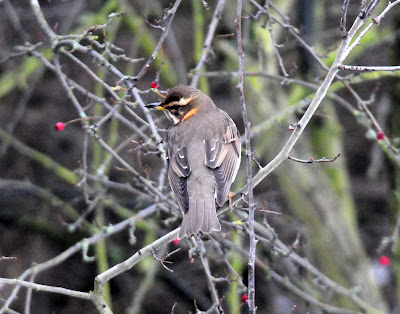 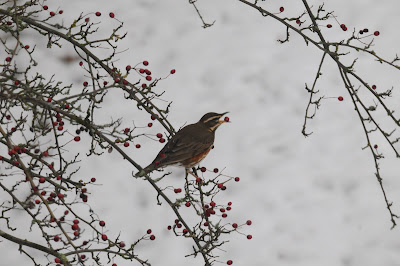 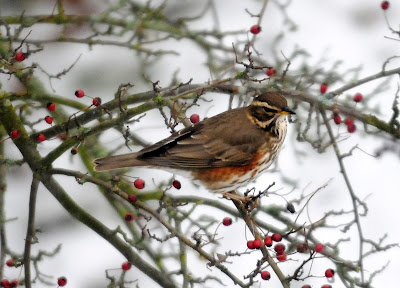 All though the weather was not ideal, little light and grey skies meant a high ISO, they didn’t come out too bad. 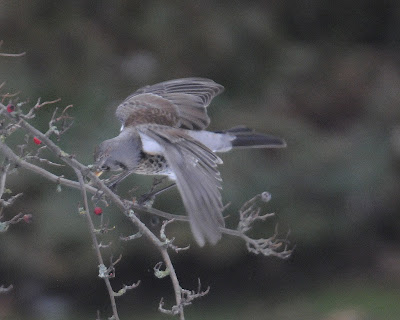 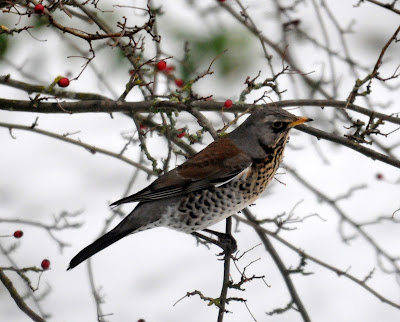 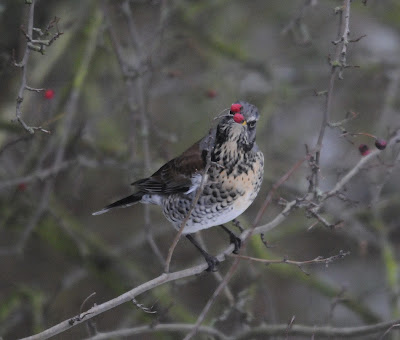 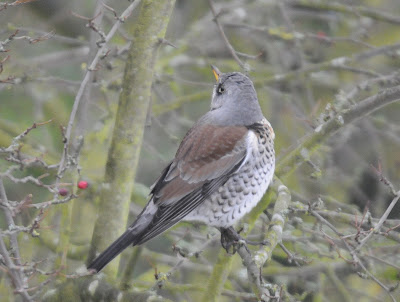 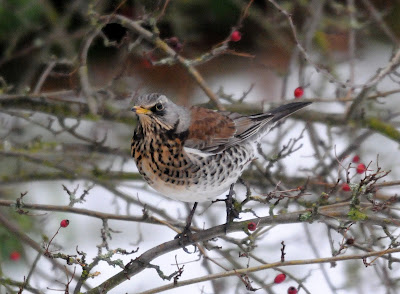 The whole flock of Redwings at one point landed in a tree outside of the gardens and I was able to get an exact count after taking a photo. We all estimate birds flocks and it will never be an exact science, but from the photo below how many would you say were in the tree?
No copying either and counting the dots.


The Valley
I left it a little later than the usual dawn start hoping that I could catch up with Shaun’s Jack Snipe by the running stream, much of the land and water bodies are still frozen so I gave this area about ½ an hour. I did connect with 10 Common Snipe but unfortunately no Jack, with a thaw coming they will now probably disperse to their usual haunts.
I did get some distant views of a Kingfisher which are always a pleasure to see, trying to photograph the little bullets is another matter, I was lucky that it perched for a while. 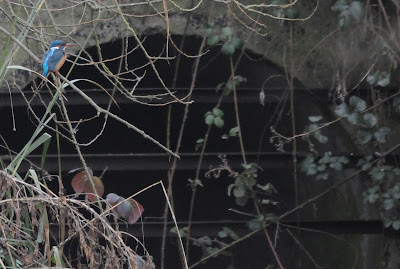 I carried on with another bird in my head, Woodcock, with the extreme weather they have been making an appearance just about everywhere, again despite walking all the likely haunts, as with the Jack, it was not to be.
Fieldfare and Redwing were everywhere, 70 and 160 recorded by the end of the walk, I also got lucky with the White Fronted Goose, I saw it come in from the Belhus direction with a handful of Greylags. Where the other has gone who knows, moved on, Fox who knows?
I have also sussed out exactly where to see the Common Buzzard, mostly just listen to the Crows but it is favouring a section of woodland and is regular, 2 female Sparrowhawks also added to the raptor list.
Not surprisingly, few of the smaller passerines were seen, 4 Bullfinch and a calling Redpoll going over were the pick of the bunch. Still no Siskins, the Valley never holds big flocks but they used to be regular.
A single Golden Plover flyover completed an enjoyable walk.