Myself and Paul ventured out leaving home at 5.40am and heading down to Dungy, the weather on the way down was constant rain and not looking too good. Arriving at Scotney Gravel Pits first of all we disembarked and were hammered by a very strong SSW wind, somewhere in between a 7 or 9.With the accompanying drizzle it made for watering eyes, a red face and distorted facial features straight away, on the plus side my lack of height and low centre of gravity kept me upright.

Like us many of the birds were trying to seek shelter, Wigeon were present in large numbers along with around 6 Greylag Geese, the highlights were 3 Goldeneye just about visible amongst the whitecaps.

From here we made for the Arc Pits and the sanctuary of the Hansen Hide, by now the rain was steady and getting heavy, the wind relentless, we picked up a sideways flying Marsh Harrier en route and then scanned the Pits from the Hide. Another 7 Goldeneye and a Drake Goosander were seen amongst the many wildfowl, many hugging the bank to keep out of the wind and we also picked up 3 Dark Bellied Brent Geese. Additional birds of note were 2 calling Water Rail but unfortunately no sign of a Bittern, can’t say I blame it given the weather.

After a while the rain stopped and we headed for the Causeway Road, we had both been hoping to see a Great White Egret, did we get lucky. We managed to see an unbelievable 5 birds, 2 on Arc and 3 on the New Diggings, it was quite a sight and one that we won’t forget for a long time, the strong wind it seemed was moving them around quite a bit. In addition to these 5 crackers, up against Little Egret you realise just how big they are, Paul found 3 Redhead Smew so things were really picking up. 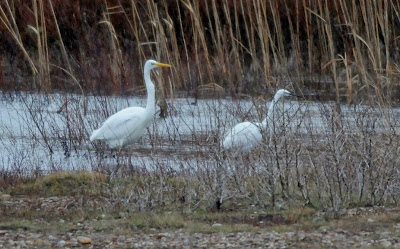 We moved on to the Sea, now very optimistic and if we thought the wind was bad at the Arc Pits, arriving at the foreshore showed it to be even stronger, this time it appeared more southerly. Gulls were present in their 100’s and were feeding all along the shoreline in massive flocks presumably on food blown in by the Gale. This also gave us the chance to fire off a few shots, Kittiwakes were trying to take your head off and Gannets were passing as close as I have ever seen them. In the end over a 90 minute period we both fired off around 500 apiece, camera shake from the wind and dark skies was a challenge but at least it wasn’t raining anymore. 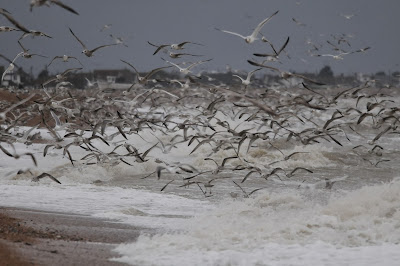 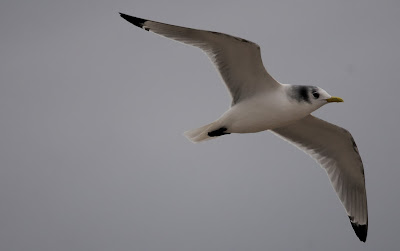 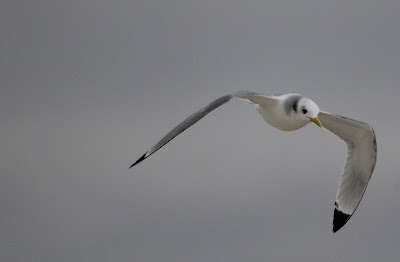 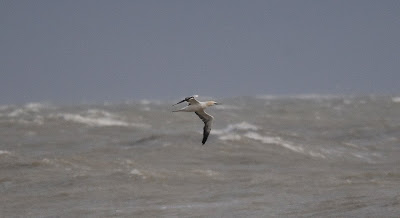 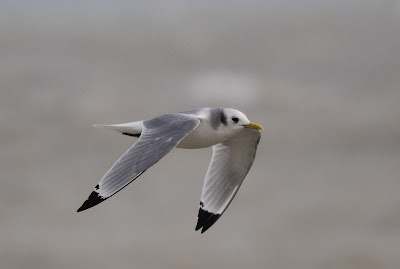 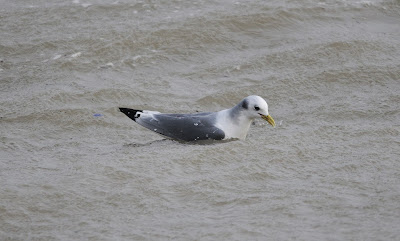 In this period of time I recorded very roughly what went past, around 60 Gannets, 10 Guillemots, Paul had a Razorbill, 60 Kittiwake, 5 Fulmars, 6 Red Throated Divers and a female Peregrine in off, I suspect hunting for Auks.
Paul also picked out 2 Caspian Gulls, both 1st winters. 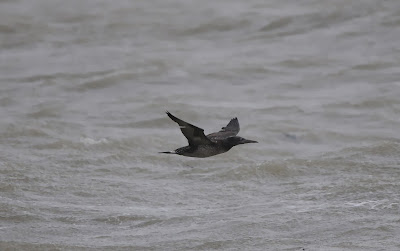 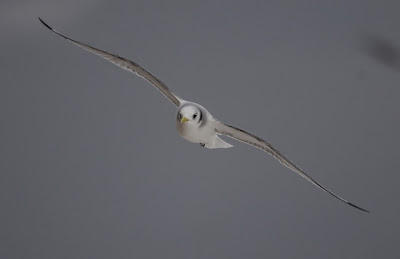 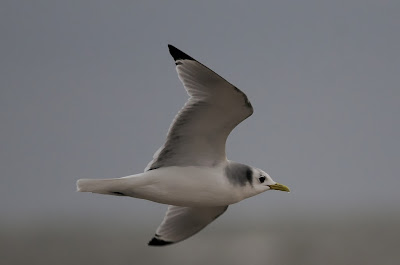 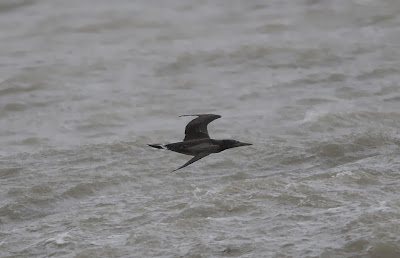 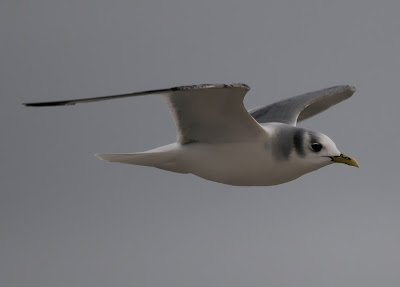 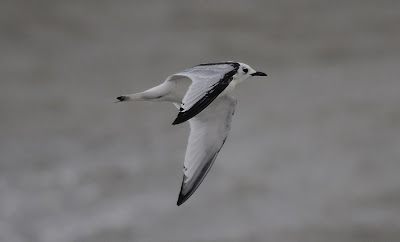 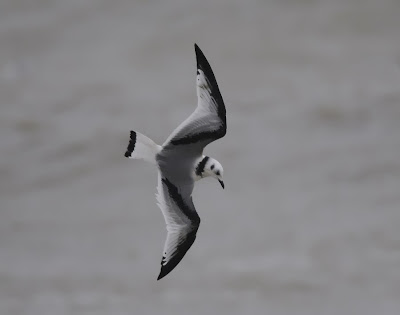 Time was marching on so we headed after this to Walland Marsh, here we saw 37 Bewick’s Swans, rather distant but a good end to a stormy morning.

Happy New Year to all and good birding for 2014 - Dave