A nice morning greeted us at dawn as we arrived for the surveys, very cold with 0 degrees showing on the gauge but well worth the frozen hands and feet just for the sunrise alone.
Without a shadow of a doubt it is the wettest I have ever seen it, the irony is that with ideal conditions, everywhere is flooded, it is simply too mild for wild Geese and Swans, constant westerly’s/south westerly’s have not helped either.


My transect did not produce much in the way of passerines, the flooded areas and hard ground gave little habitat for foraging, hardly any Skylarks or Reed Buntings were encountered. Marsh Harriers however seem to be going from strength to strength, I saw at least 5 individuals and Paul very likely had more. Staying with Raptors I added a Tiercel Peregrine, Common Buzzard and a Kestrel before I got to the sea wall.


The only other highlights were 2 Green Sandpipers and large numbers of Greylag Geese going over high due to the attentions of local shooting, examining each skein did not produce any smaller ‘ wild ‘ Geese.
Arriving at the river for high tide showed massive numbers of Wigeon sitting it out, easily over 2000 birds but very little else in the way of Sea Duck, Auks or Divers. 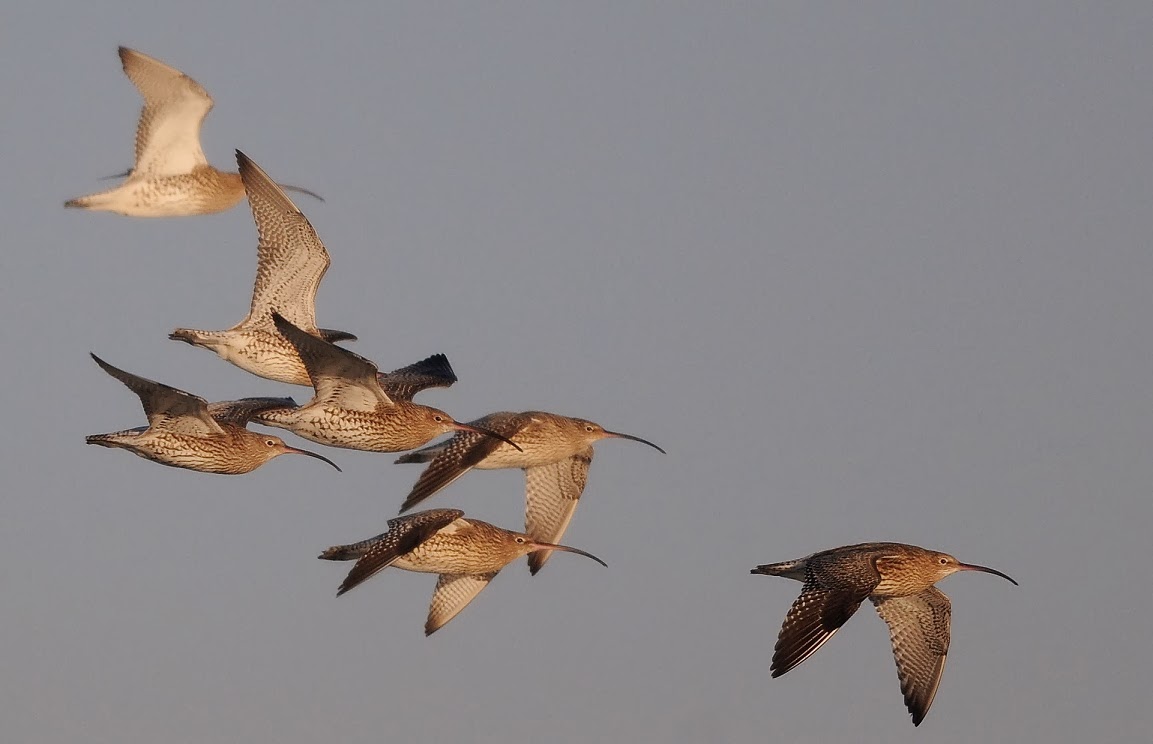 Other than the Wigeon the only other birds of note seen were a single Rock Pipit and 142 Curlew at roost.