The rain at last relented and the winds were pretty moderate, around 3, the milder temperatures and occasional sunshine was also encouraging some species, I had singing Corn and Reed Bunting!
Still no Short Eared Owls after 2 frequenting the site last winter, temperatures seem to be too high as I have always picked them up in the colder periods.

As expected the whole area is pretty flooded and many of the Dykes to deep to cross, unusually though with the added water I didn’t pick up any Duck, Geese or even Snipe.
The highlights were again a pair of Bearded Tits, these 2 birds, a pair are being seen in the same stretch of reed bed every survey and quickly make themselves known as soon as I appear, the pinging call becomes more rapid. You never tire of watching them, little characters, I managed to get a few shots but never a clear one. 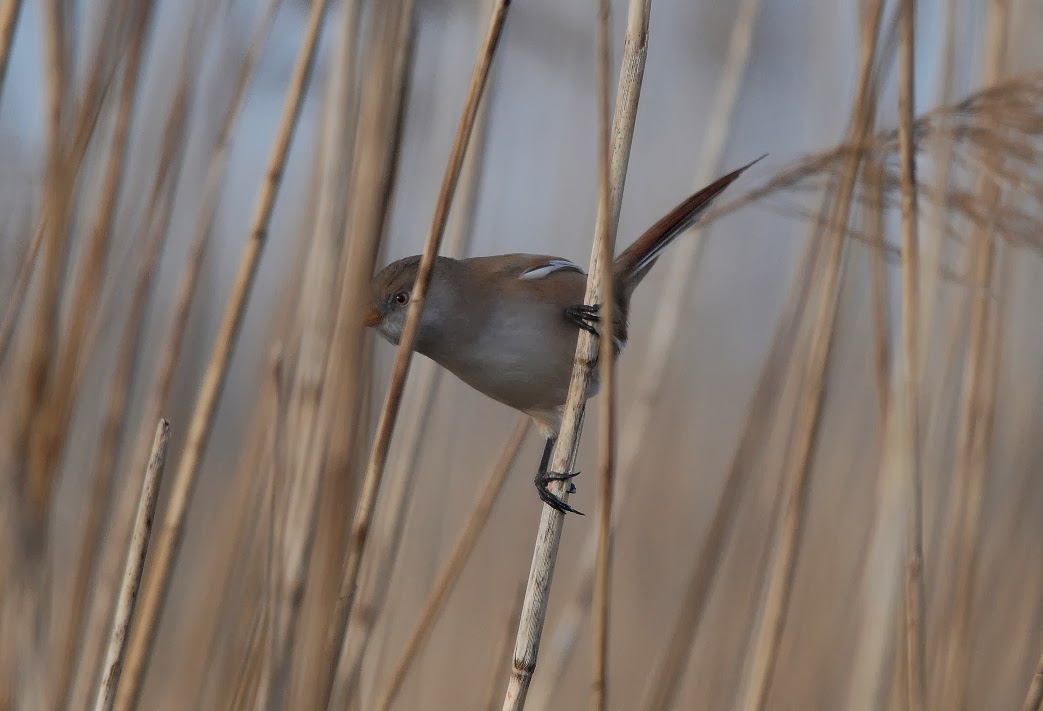 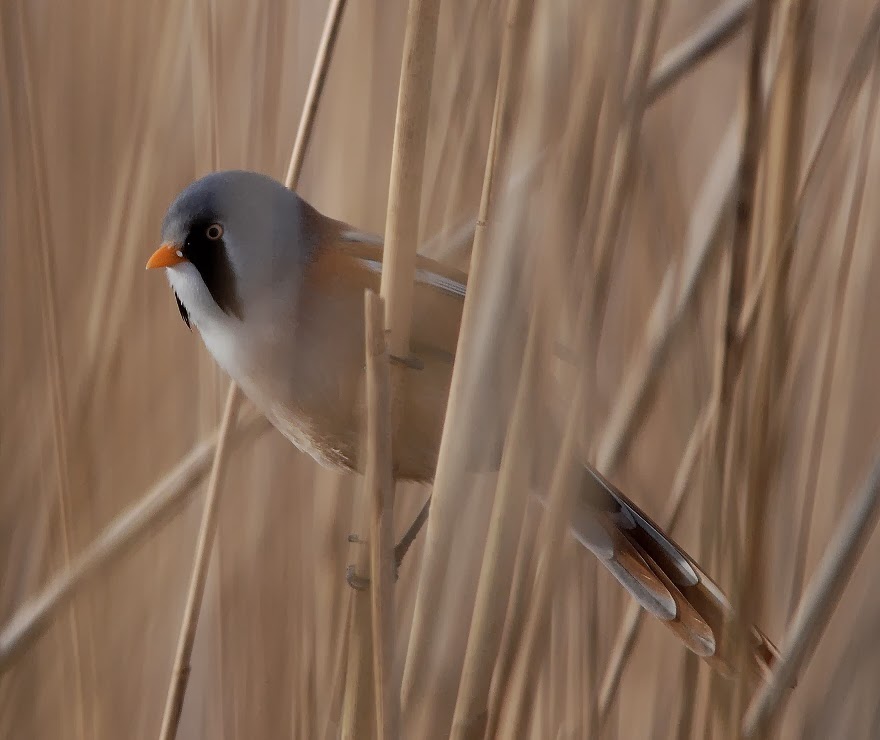 Other highlights were 15 Corn Buntings, 2 Little Egrets, 17 Yellowhammers along with 3 Stonechats, a good survey, another one later in the month so hopefully catch up with a SEO then.

Popped into the Reserve early, the idea being to get the site list for the year up and running, a nasty old morning with a westerly 7 coming in strong with dark cloud cover.
Ended the morning on 55 species, with the high winds my expectations weren’t too high, best birds of the morning go to the 2 White Fronted Geese, these were tucked down with Greylags in front of the Butts Hide. 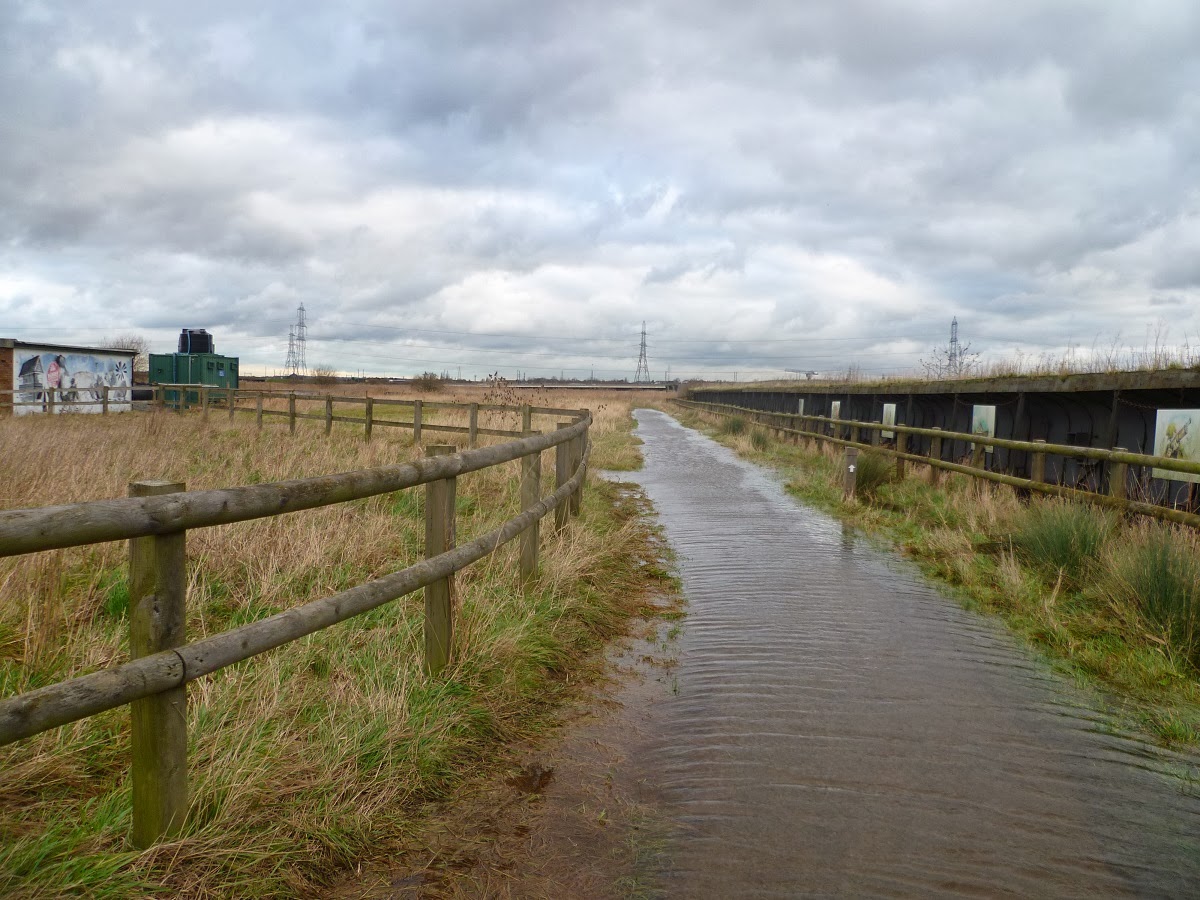 Birds of note supporting were 17 Pintail, 5 Curlew, 140 Golden Plover and 4 Rock Pipits on the foreshore, a good visit.
Posted by Dave Morrison at 15:36