Arrived at dawn in the car park, one reason for the visit was to try and catch up with the Snow Buntings that I understand had been seen recently.
I headed out to the Pillbox after waiting out a rain shower, along the way I scanned for Short Eared Owls, getting hard to see this winter it seems, again no luck heading down the track in the half light.
Shortly later the sun broke through and it promised to be a good day, and it was.

Arriving at the shoreline showed the tide in, hundreds of Waders roosting, in particular Oystercatcher, numbers were likely approaching a 1000 birds, the Swale produced around 150 Dark Bellied Brent’s, 6 Red Throated Divers and 4 Pintail.
No Snow Buntings found, decided to go no further than the Pillbox for fear of flushing all the waders so retraced my steps back to the car park and headed out to the distant hide.

Enroute I got lucky enough to pick up the Hooded Crow and managed to get a few distant photos, as I got nearer the Hide I could also hear White Fronted Geese calling amongst the hordes of Greylags. The Hide although rather distant, probably over a mile gave good views over the Reserve, it also has the sun behind it which helped a lot. 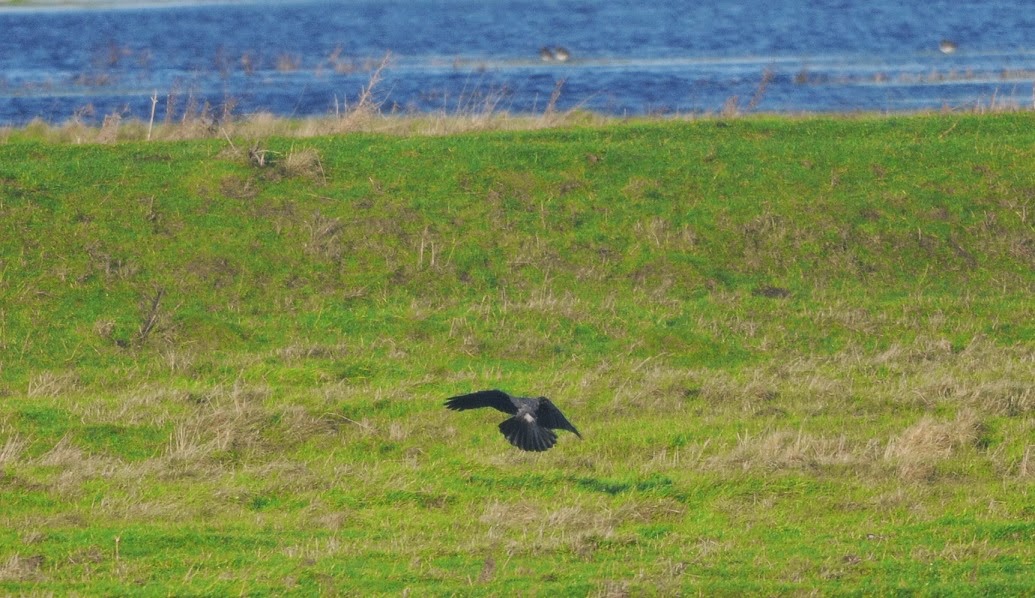 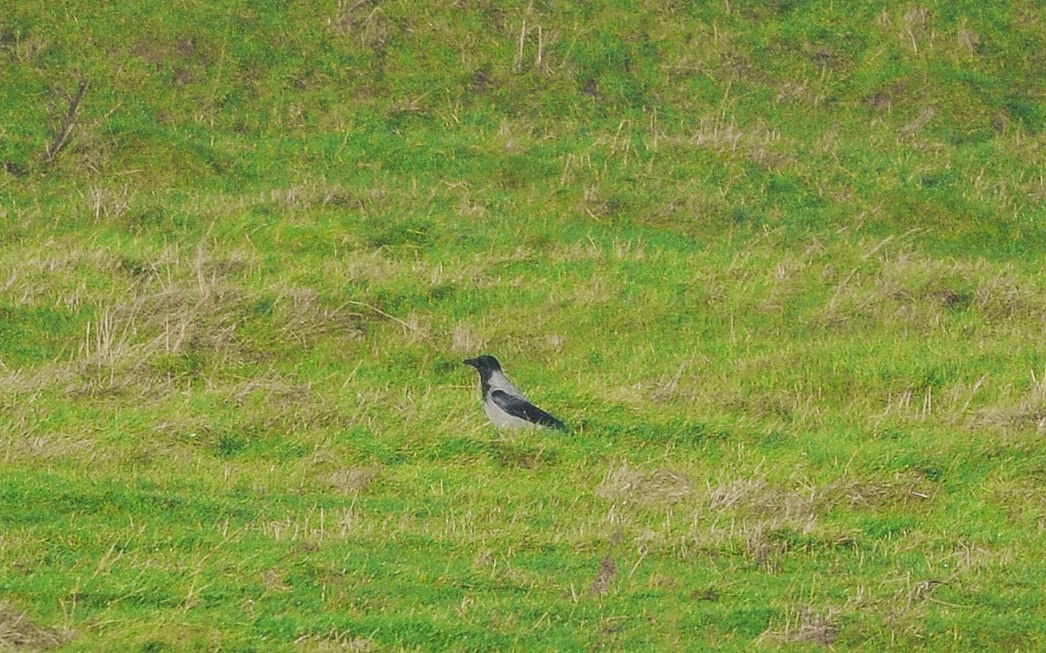 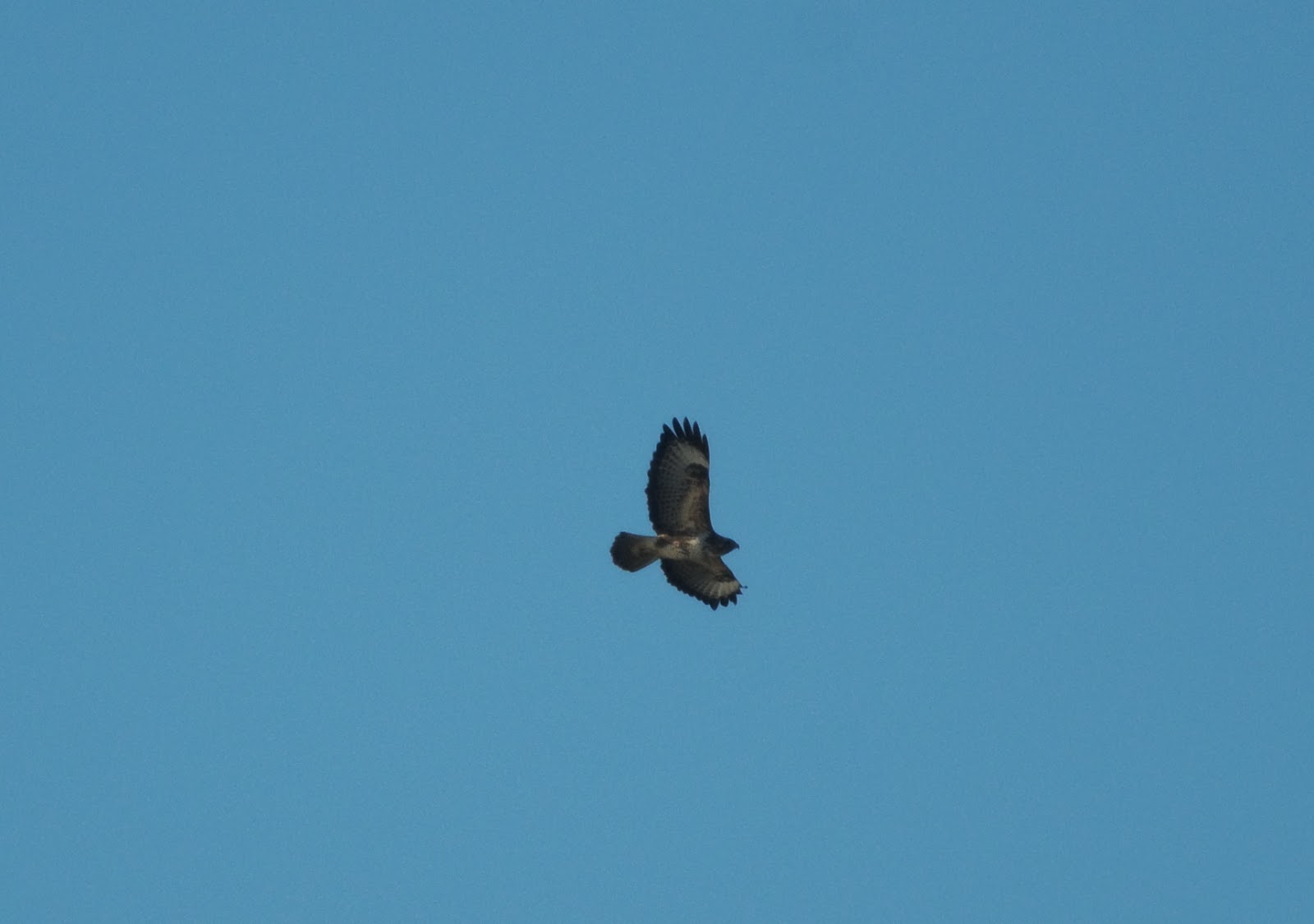 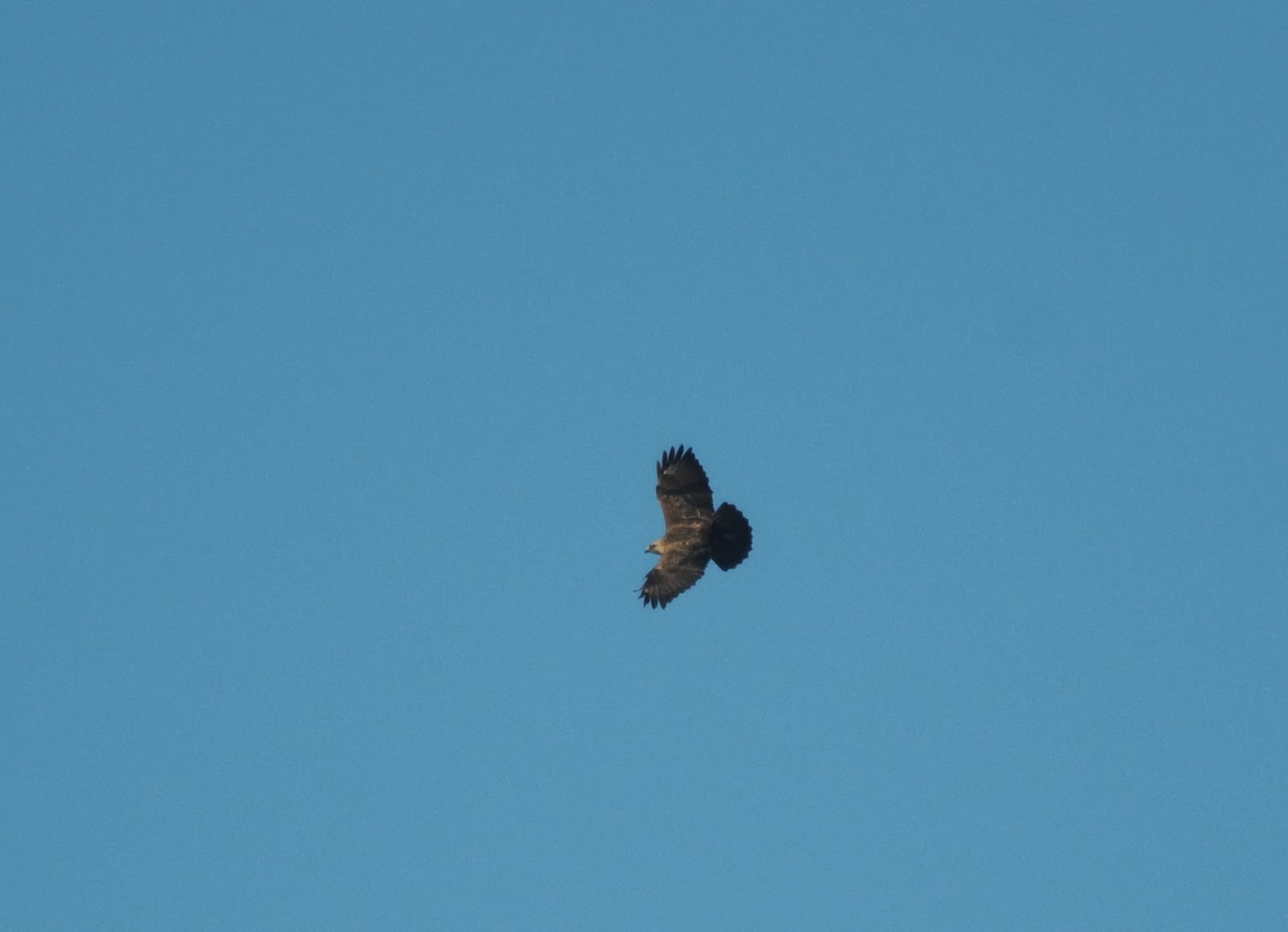 It took me quite a while to pick out the Pinkfoot, a single bird as far as I could see; of the reported Bean Goose I could find no sign. In total after a count I reached 94 Whitefronts, certainly a good number for this mild winter, also got some flights views as they were on the move quite often from Peregrine and Marsh Harriers patrolling. 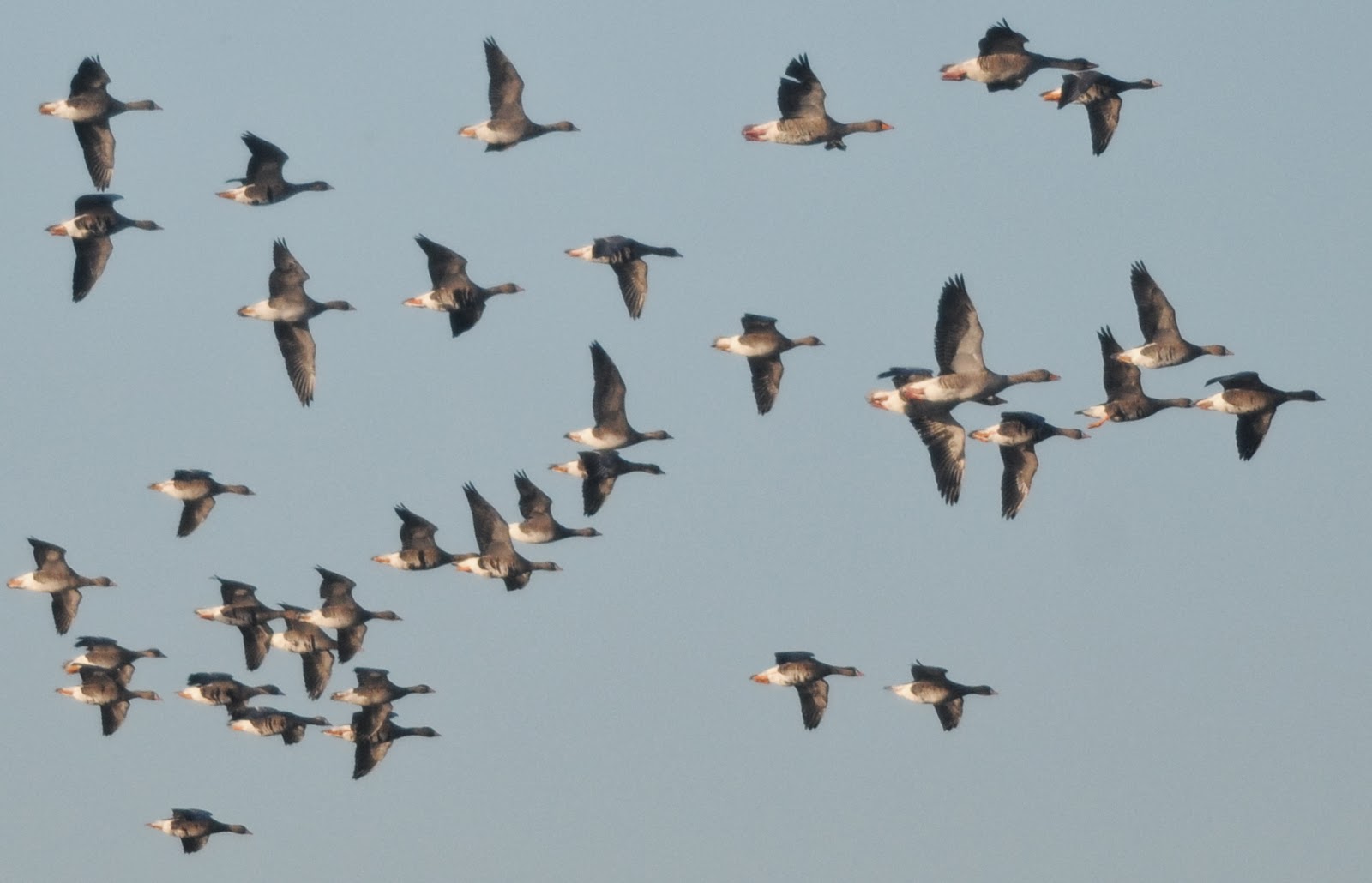 I ended the morning with at least 5 Marsh Harriers seen, a Tiercel Peregrine after a Wood Pigeon, 4 Common Buzzards, around 300 Golden Plover and a Ringtail Hen Harrier. 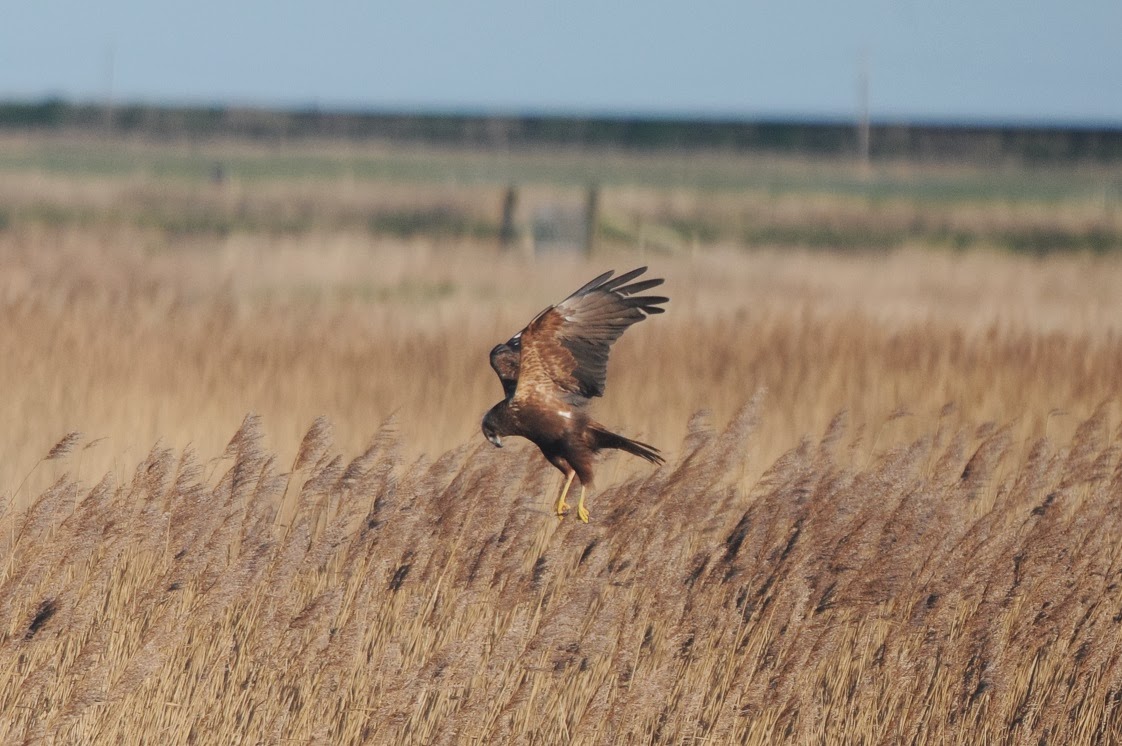 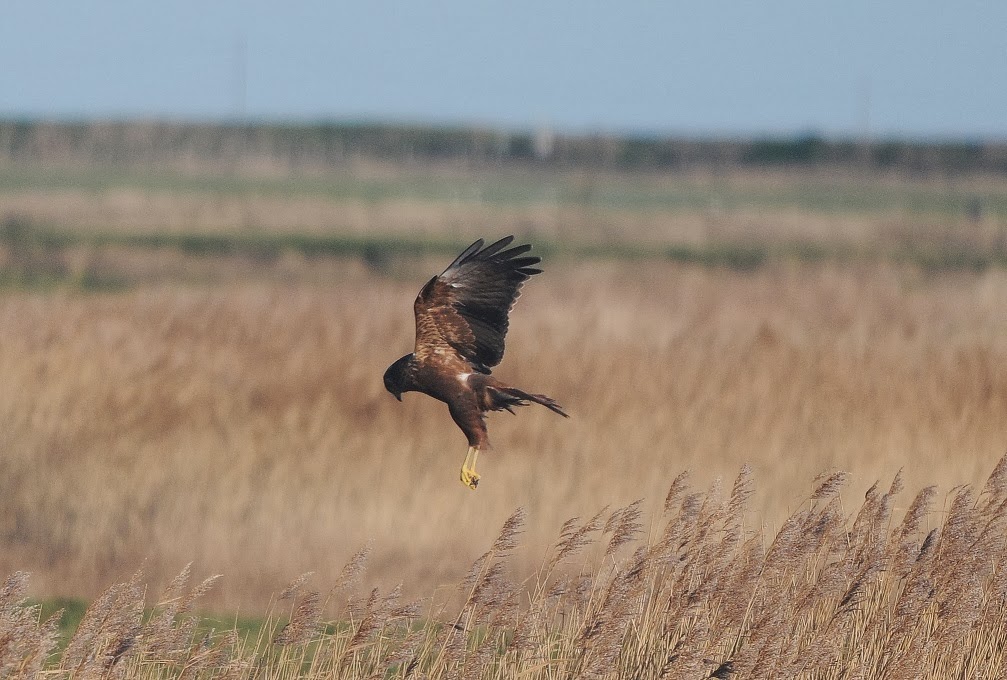 I still have not seen an adult Male Hen Harrier for a good while now, a sign of the times I expect, hopefully its fortunes can be turned round.
Posted by Dave Morrison at 09:57