With the forecast again showing S S Westerly winds gusting up to 50mph, myself and Paul again headed down to Kent for another bout of sea watching early a.m.

First port of call was the Arc Pits, it was raining so straight into the Hansen Hide, as the light got better we picked out 4 Goldeneye, Kingfisher, 1st winter Kittiwake, Redhead Smew and Goosander, also 2 Water Rail as per previous visit. A Bittern was  seen all too briefly.

After this we checked the causeway and had a single Great White Egret on Arc with Gadwall numbers far increased since our last visit of New Years Eve, from here it was down to the sea.

Parking up near the Boats and out of the wind we began a sea watch from 9.00am until 12.30pm, this was intermingled with some photography so the estimated numbers of birds below are probably undercounts, the goodies though were not. We were also joined by Shaun, Redsy and Mart; they arrived a little later, good to meet Mick Southcott also.

Estimated counts were as follows

The Balearic Shearwater I would say was the best of them and unusual to see one in January, if I remember correctly we had 2 back in November. 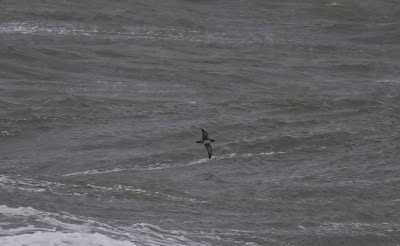 To round off the day on our way out we stopped off again at the Arc Pits and had 2 Great White Egrets, Black Throated Diver and a Redhead Smew, Dungy never disappoints.