On Saturday myself and Paul more or less started our transects at dawn, let me tell you it was cold out there, I know as the camera never came out of the bag until I got to the sea wall.
I did record some good birds as usual, it is a magical place and for a raptor nut like me it never fails, I personally recorded 3 Marsh Harriers, a pair of Peregrines, 2 Common Buzzards, Kestrel and a female Merlin.
I also had 7 Bearded Tits including a group of 4 that suddenly launched themselves skywards from a reed bed and climbed for all they were worth, I have seen them do it before, nonetheless it is an unusual sight for a bird that is usually skulky.I am sure they do it for a look around to get their bearings.

2 Green Sandpipers completed the transect until I got to the sea wall, wall to wall waders greeted me, Black Tailed Godwit numbers peaked at 1400 and 2 Dunlin flock’s numbered over 4000 birds.

Over the last few years whilst we have been winter surveying the site you can’t help notice the aircraft in the vicinity, fair enough each to their own but why do they have to keep flying so low and flushing one and all?
Sometimes they have come down so low even the sheep have flushed, as you can see if you click on the photo this pilot chap actually saw me photographing him. 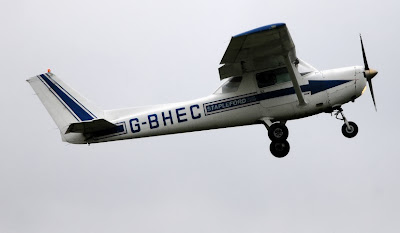 I had a mid morning start on Tuesday and for the first hour visibility, due to the fog was poor, even with a delayed start but when it cleared out came the sunshine and with it the birds.

I recorded the highest flock of Corn Bunting for the site, 39 number, it was possibly these along with the flock of Starlings that also pulled in a hunting female Sparrowhawk, as you will see a very lucky Sparrowhawk, or not as the case may be.


Curlew were again using the site to forage and 9 were seen in one field, still no Short Eared Owls as yet, it was a favoured area last year. Stonechat numbers seem to be recovering after the drop in numbers a few winters back and good to see 7 on site, additionally 2 Marsh Harriers were present, these come across from the Hoo Peninsula pretty regular when we watch the other side. 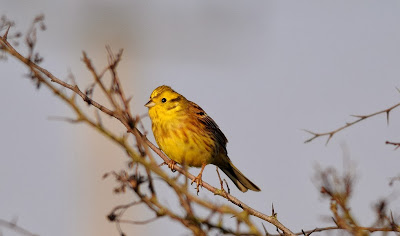 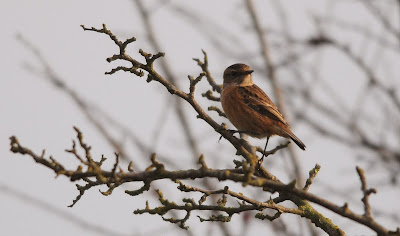 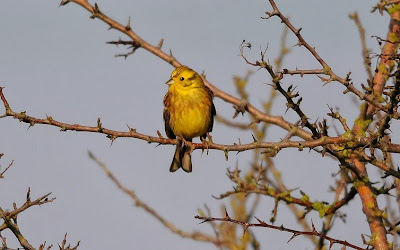 Anyway back to the female Sparrowhawk, towards the end of the survey I spotted a Tiercel peregrine coming in very fast from the south, initially pylon height but power flying and losing height all the time, in short he was on something. As you may know I watch peregrines a lot, the powerful flight and speed is there trademark when going for something, the vertical stoop which many talk about, in relation to London Peregrines, is a rare event. No need when there’s ferals everywhere.

As he came across I got on him with the camera, trying to stay with him was a challenge for my eye and the auto focus(it was on spot) but as is my way, I kept firing not knowing whether the shots would be any good. It was at quite a distance now and I vaguely remember him slowing slightly as he approached the ground still at speed, I remember thinking he’s close and then I lost him, or so I thought.A scan with bins immediately after revealed nothing, I carried on.
As is my habit I didn’t look at the camera until I got home, most of the shots were crap but quite a surprise to see that I had nailed him on to a female Sparrowhawk, very likely the bird seen earlier on another part of the Transect.


You see them interact occasionally with both Kestrel and Sparrowhawk and more often than not it is just mobbing by the smaller Falcon and Hawk, most takes place up in the sky, in most cases it is just interaction but for once in this case I think he targeted her as potential prey going on body language.