A day off from work meant that I was able to visit Southend with my wife Christine parking up towards Thorpe Bay and then heading along the shoreline for the Pier. A good walk and always plenty to see on the way, especially waders as the tide was rising and the mud was covered.


Gulls were ever present and at one time I had 3 adult Mediterranean’s in view at the same time, plenty of people about feeding them works a treat and it does congregate them. I could also see in the distance a very large flock of waders, this turned out to be the Sanderling flock; this has risen quite dramatically since my last visit. At a conservative estimate I would now say there are around 350 birds, on our return journey quite a bit later the flock was really bunched and an estimated count was probably a bit more accurate. On a tight wheeling flock it is very hard and having photographed the odd flock in times gone by on a photo and then counted the dots, (I know very sad) I have found that I am always undercounting, hence the conservative estimate. 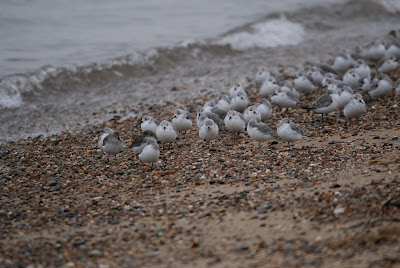 Certainly an impressive sight, they are constantly on the move from people walking down the beach and dog walkers, nothing wrong in that, I do it myself, walking by the sea makes you feel good. You would think the Sanderling would find a high tide roost like the Turnstones; these are very adaptable and will roost anywhere.

Eventually arriving at the Pier head after a hearty breakfast on the way produced 8 adult Mediterranean Gulls and 2 1st winters, I took some photos, none too clever as the weather was really grey and over cast. A Common Seal was also seen.


The highlight came whilst we were waiting for the train back in the shape of Gannets coming out of the Estuary, a group of 11 first of all, then these were followed closely by a group of 4 and then closely on their tail, another group of 4.In total 19 came out and passed right over the pier, I suspect the murky grey weather had bought them in. 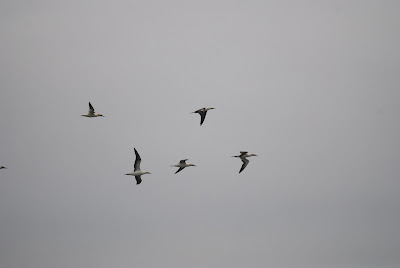 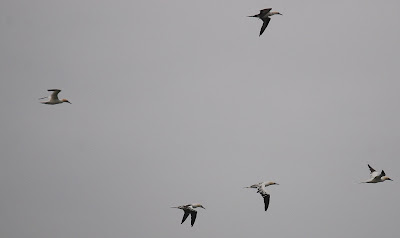 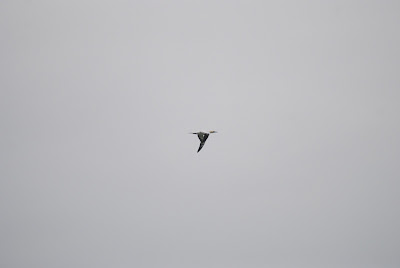 A good end to the day.