My usual dawn start with a perfect sunrise coming up over Crossness, crazy weather at the moment but not complaining, how could you with all this sunshine?
The tide was nearly in when I arrived and if any waders had been present they had already gone to roost, this proved the case with 31 roosting Redshank located later on the Gull Jetty. Also in were 2 Rock Pipits, this is the usual number for the Outfall, they could be birds moving through but I suspect that they will winter here.

Also seen were 5 Shoveler, these are the first arrivals for the winter; Teal numbers continue to grow with 302 at the Outfall and down the Creek.


Bay
I searched high and low for a Stonechat, I ended up negative but did locate 3 Wheatears, one of them looked good for a Greenland size wise with a good peachy breast.3 calling Redpoll over were most likely Lessers and the Linnet flock was now well over a 100. 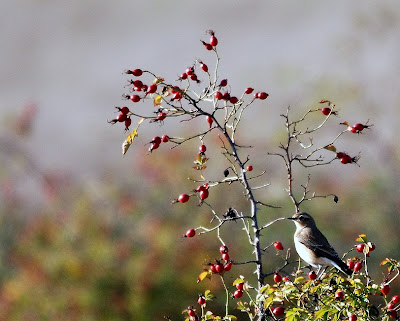 Looking over to Crossness into the sun revealed large numbers of waders, from a distance they looked like Redshank and Black Tailed Godwit, good numbers this early in the year, hopefully a sign of more to come. 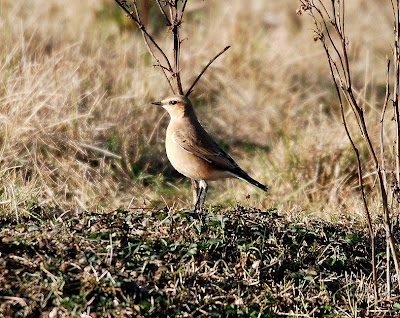 With the warm weather it was no surprise to see 3 Sparrowhawks up together along with a single Kestrel, the highlight on the raptor front came in the shape of a Common Buzzard, my 4th for the site this year.

The finale came not with a rarity but a Warship coming down the Thames, I suspect it was the ship that was moored up to HMS Belfast in the city, can’t see them hiding another one up the Thames. Certainly an impressive sight, ‘F81’ I suspect means Frigate, it was so big it even had a Helicopter on the back. Having been bought up as a boy on stories of the Battle of Jutland and later the Home Fleet in World War 11, I must admit to always having had an interest in naval vessels. 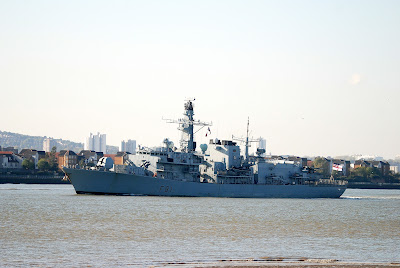