Ingrebourne Valley - the morning after


It’s that time of month again, Birders drink up the Railway the night before and I find myself heading down to the Valley at just after 6.00am, it is still dark, the idea is to walk to Berwick to try and get the Bittern coming out from roost. Walking down to the Valley after the birders drink is becoming a habit, also the feeling that goes with it the morning after, I am rough, it was a good turnout and as usual I am suffering, as usual I am saying to myself, never again......
In the end it was all worth it as I managed to connect with some good birds, a site tick, and I got the Bittern, not great views but the first one for me of this winter period.
Arriving at the viewing area and the whole area was flooded, not surprisingly given the recent weather, with this there were wildfowl everywhere, and in amongst them was a site tick.7 Egyptian Geese had tucked themselves into a corner, a long overdue tick for the site, although pretty regular at other sites this I think was the first time that they had visited the Valley. 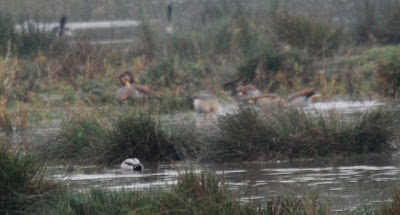 It was quite obvious also that there was a lot of movement going on, Woodies were on the move and I ended up with just under a 1000 all going south east, there was also a lot of smaller birds moving around.
It was now well light as I had spent a lot of time trying to get a half decent photo of the Egyptians so I headed for Berwick via the Glades, 32 Lesser Redpolls gave themselves up along with 5 Goldcrest, 11 Siskins over, 2 Bullfinch, 11 Redwing and a flock of 23 Fieldfare.Cetti’s Warblers were well represented with 15 calling birds.
Arriving at Berwick and I eventually located the Bittern hugging the side of the reedbed and on seeing me froze, I squeezed off a few shots, none too clever due to the abysmal light, looked at the camera, looked up again, it was gone, one day I will get a poser. 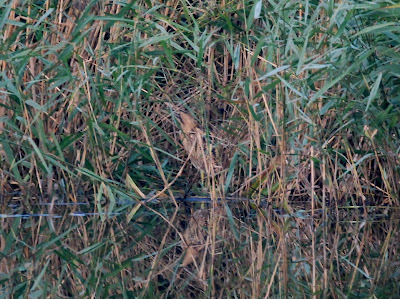 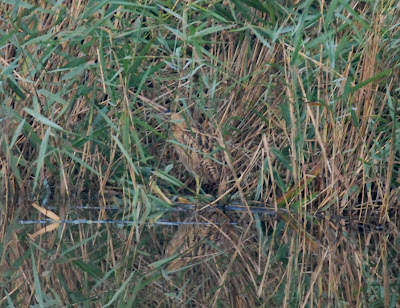 From here I headed for the Farm Trail, the game crop put down in recent years has always been a magnet for the smaller birds and so it proved with just about every crop and hedgerow holding a Yellowhammer, Reed Bunting, Linnet, Chaff or Greenfinch.


I estimated the numbers involved, very hard as there was movement everywhere and came up with the following-

The numbers are quite impressive for this early in the winter, no cold weather as yet either, when this comes it may well bring in the goodies like Brambling and Tree Sparrow, both have been present in recent years. I gave it another half hour, these flocks do tend to attract the raptors, Merlin was seen a few times here last year.
All in all a very good morning and well worth the suffering.
I also recently undertook a survey in Kent and came across a hunting Short Eared Owl, looks like a good year for them as they seem to be coming in everywhere, photos below. 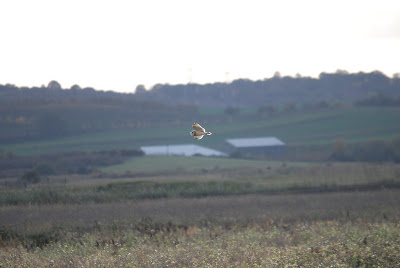 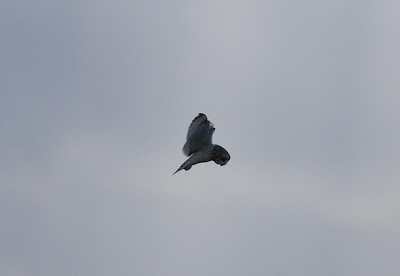 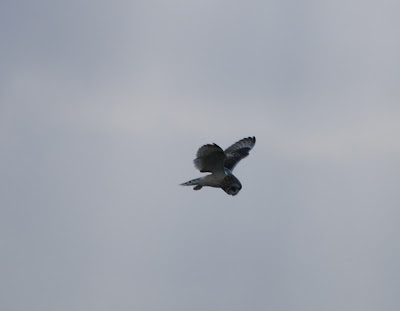 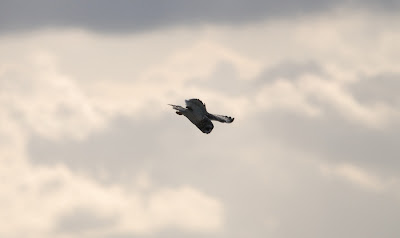