Encouraged on by the success of the Barn Owl nest box placed last December and then accepted thereafter with breeding success, I decided to place another box.

This time it was aimed at Kestrels and I have to say a big thanks to the Farmer and various people, for letting me place it and some good friends helping me do it.

The nest box was fixed firstly to 2 timbers screwed and bolted together, 4.8m long, the idea being put them in the ground 1.2m down and then have 3.6m above ground.

I did it over the course of a few weeks, first up was clearing the vegetation to get to the hole position, the allotment strimmer was worth its weight in gold.

After this, the hard part, dig the hole 500mm square roughly by 1200mm down, kindly loaned the proper digging tools, hard graft but thoroughly enjoyed it. A bonus was hitting the water table after about a metre, adding the postcrete later on was a lot easier with water already down there.

The next step was standing it up, 3 of us did this and we then turned it eastwards out of the prevalent Westerly/South Westerly winds.

It took 9 bags of postcrete and the post was then plumbed and strutted. 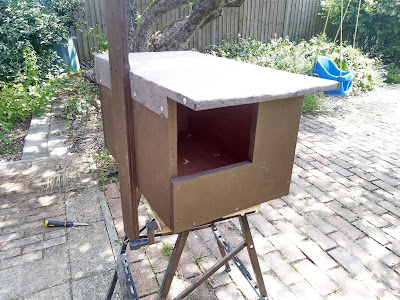 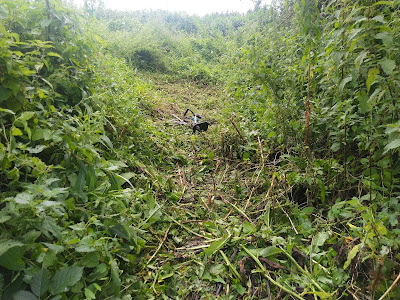 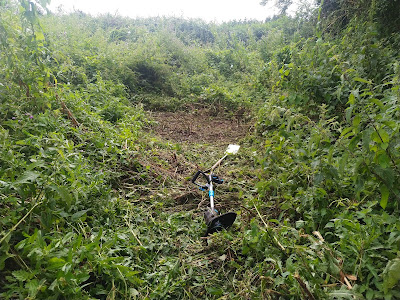 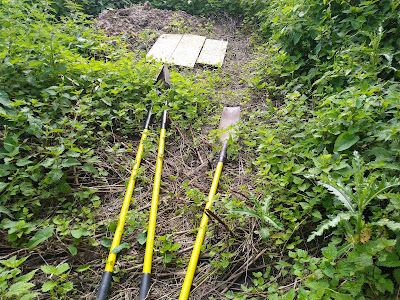 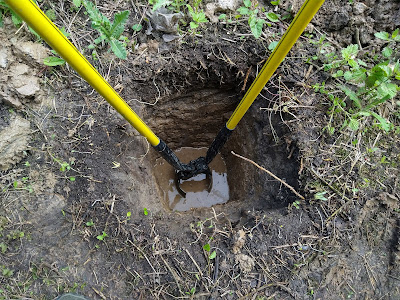 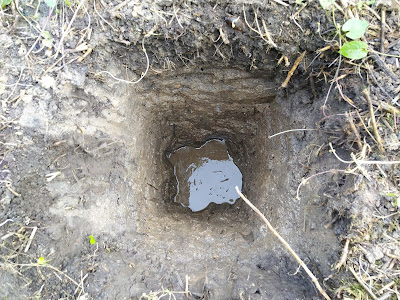 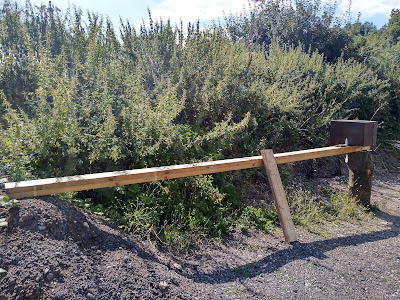 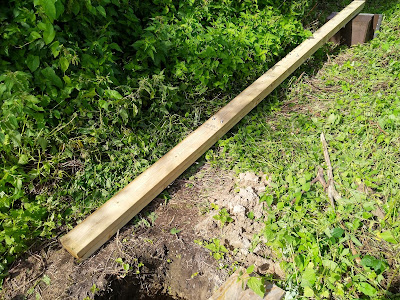 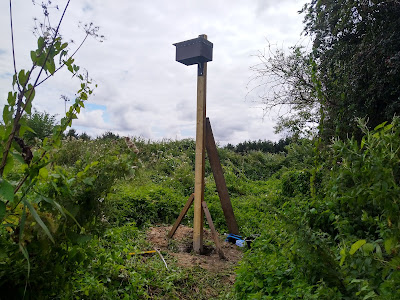 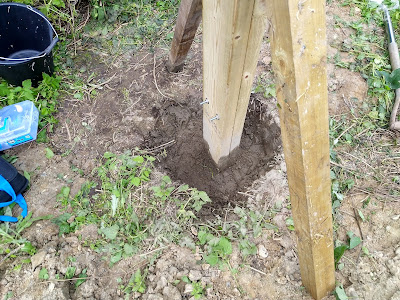 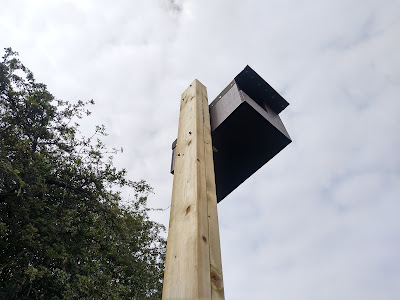 The following day I placed some substrate inside and the rest will be up to the Kestrels, saw a couple of Stock Doves looking at it but very early days yet, won’t expect any activity realy until 2022.
It’s not a given that they will go straight in it but to quote – “if you build it they will come” .............. Fingers crossed.