Over the years you get to see a lot of Bird of Prey mobbing, Crows and Magpies are extremely intelligent birds and always pick their battles to their advantage.

Common Buzzards often get the treatment as does smaller Sparrowhawks and Kestrels; however they pick their battles very carefully when dealing with Peregrines. It’s very unusual to see a Crow go up and challenge a peregrine when it’s not carrying prey, it can be very dangerous given the peregrines power, size and above all, in built aggression. They may challenge (often a territorial pair on territory) on a structure/pylon where there is less risk as they are more manoeuvrable/agile, but the open sky is a peregrines domain.

Along with Goshawk, another Crows are exceptionally wary of, Crows are on the prey list for both species but given the density of peregrines, conflicts will occur more, especially in urban scenarios.

I recently witnessed a Falcon take a Feral Pigeon very low, pretty early so no lift and was immediately mobbed by 3 Herring Gulls, forced to land on a pylon low down to get her breath, she gathered herself for the next flight.

In the meantime, 2 Magpies and 2 Crows found her, mobbing is instinctive, it may result in food for them and possibly making her drop the prey to defend herself, or attack them.

However she took matters in her hands and flew, the Magpies didn’t follow but the 2 Crows gave chase and stayed on her, she did a circuit round gaining height all the time, the Crows still in attendance giving her a hard time.

However.... out of the corner of my eye the Tiercel was coming in at warp speed and remarkably the Crow’s hadn’t clocked him, they usually do and dive for ground level.

I kept the camera on her and he was on them before they saw him, he actually put the brakes on before they both dived with him following them down. 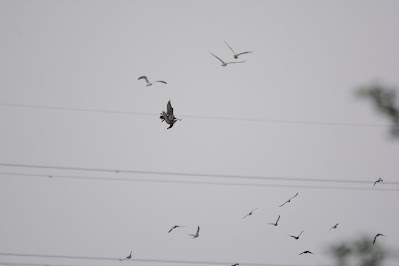 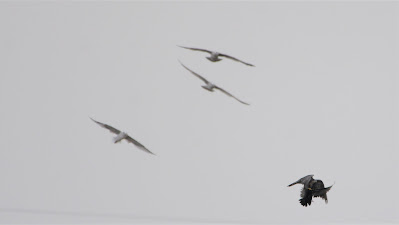 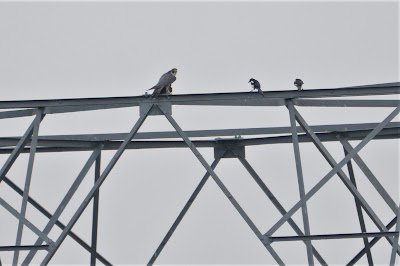 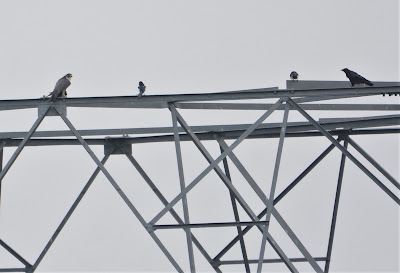 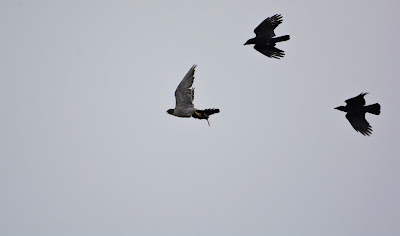 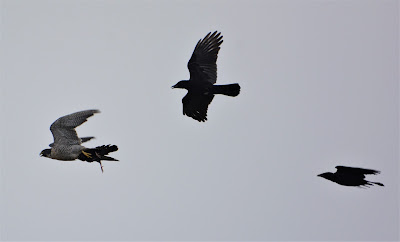 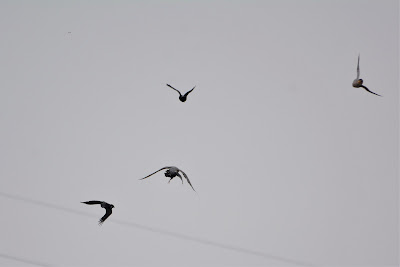 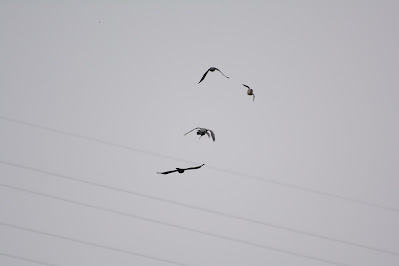 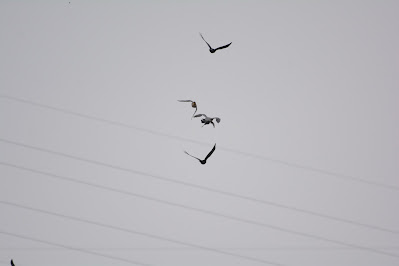 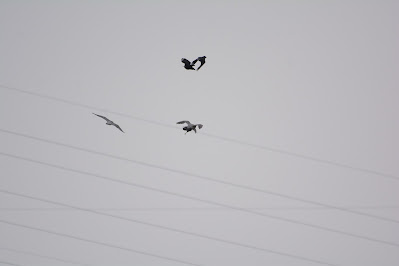 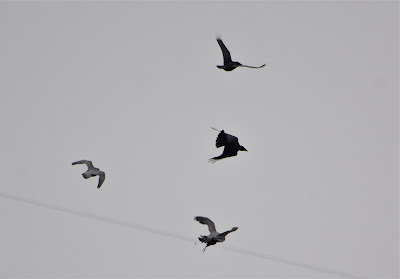 Spectacular stuff and to this day, 28 years on from when I first saw one up the Crouch Estuary, I still get a real buzz when I see one, the passion will always be there.