Well that didn’t take long, as with the Barn Owl box that was placed last year, the Kestrel Box has shown activity very early; however it seems to have attracted the attention of not only a Kestrel but also a Barn Owl!

Admittedly I thought the size and design of the box, straight off a Kestrel template would be too small for a Barnie, however this particular Barn Owl has other ideas it seems.

I placed a Trail Cam on it quite early and checking it one morning, the Barn Owl exited, it simply didn’t occur to me one would roost in it. I would expect it started with the Owl using it as a look out nocturnal spot for watching prey on the ground below it.

Since then it’s used it pretty regular, even plonking itself on the camera, however the box has now attracted the attentions of a male Kestrel.

Looking on the cam shows him entering the box/sitting in the box so obviously the Owl has not been present during this.

I know that Barnies are pretty laid back and docile when it comes to aggression, many species will mob them when diurnally flying, Kestrel being one of them.

I noted on the Cam images that the male Kestrel is calling, it’s possible that he was getting a bit excited with a female in view, Tiercel peregrines do exactly the same thing. 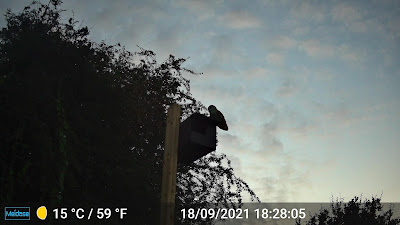 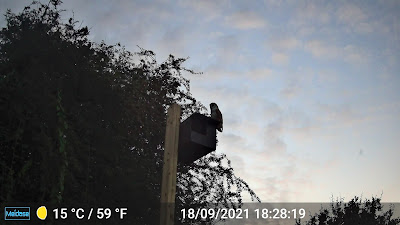 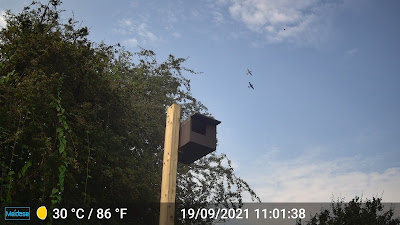 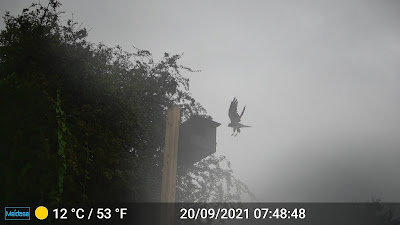 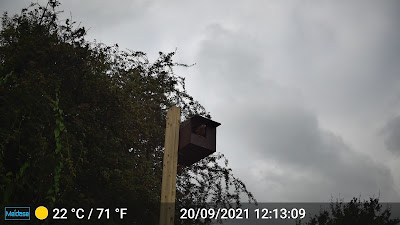 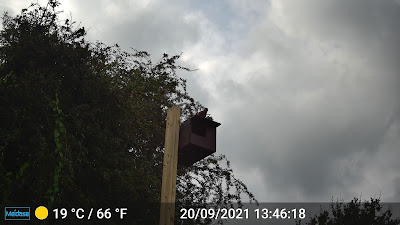 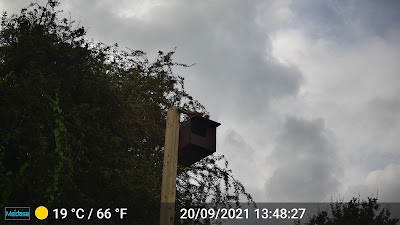 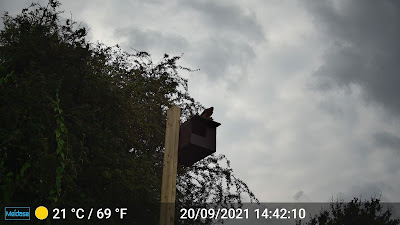 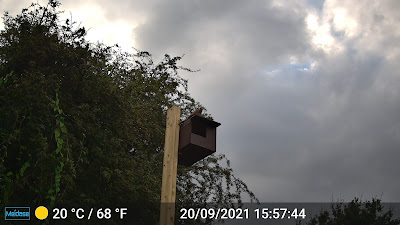 Obviously early days yet but a good start, it will be interesting to see what develops.
Posted by Dave Morrison at 20:36