I like to think that in 20 years of monitoring, studying and being involved with Peregrines, there are not too many surprises left. This doesn’t come from modesty thinking I know it all, I don’t and you never stop learning from them, they constantly remind me however just how remarkable and resilient a species they are in the urban environment.

I was contacted just after lock down regarding a new pair that had not only taken up residence in a very large Factory, young was present as well. I was sent photos showing this and when I was able to visit the site with the kind permission of the owners, I found a peregrine family residing in a massive shed.

Since then I have visited the site a number of times and it is quite incredible just how long they spend inside the shed, they are thoroughly acclimatised to life inside it seems, at times in very low light.

The Falcon in particular, watching her in a 4 hour period recently, showed that from overnight roost and from this, then a preening session, following on she hunted inside for the many Feral Pigeons dotted around in the rafters. During this stint she freely moved around internally with machinery working close nearby, lots of noise, visual activity even dust but she didn’t miss a stroke. The fact of the matter is that she did not come out during this visit, the prey inside obviously sustains her and she no doubt does this regularly.

I know I am biased but the tenacity/adaptability of the species never seems to amaze me, if you consider that Peregrines are power/speed and open sky hunters, not really suited to close quarters calling for agility in a dimly lit shed, the adjustability comes forth. Although it’s a large shed more suited to the agility of a Merlin, not that you would get one in here, it shows just how they adapt, this was evident by watching her hunt and prey remains on the sides and fresh ones at that.

No doubt she does come out, I have seen her and some of the prey could be taken outside and then cached inside but pursuing them inside is obviously productive, or she simply wouldn’t waste the energy knowing she had no chance and just exit.

Of the 2 juveniles, a male and a female, are now only occasional visitors, it’s likely that they will be leaving soon or may have already done so. Having watched them on a number of occasions tail chasing each other outside, they also spent quite a bit of time in the shed after fledging. 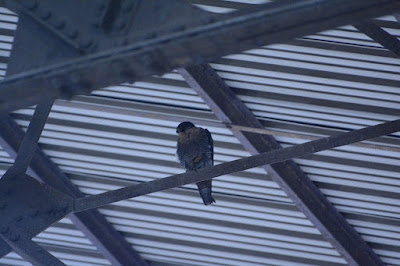 Adult Falcon roosting in the rafters 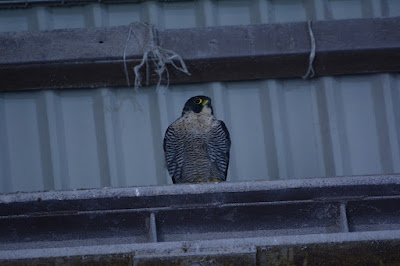 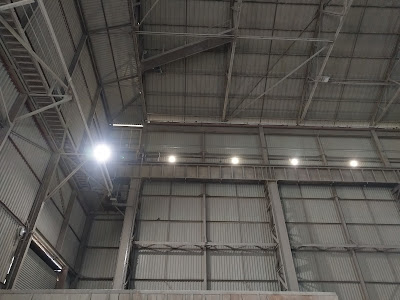 Falcon can just about be seen with a pigeon below her 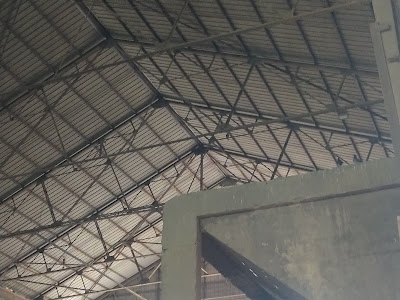 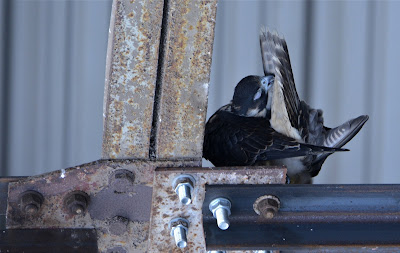 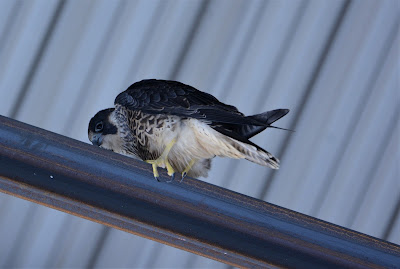 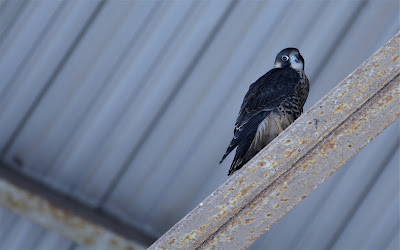 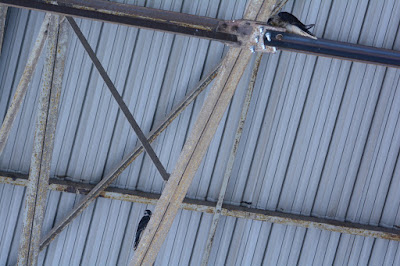 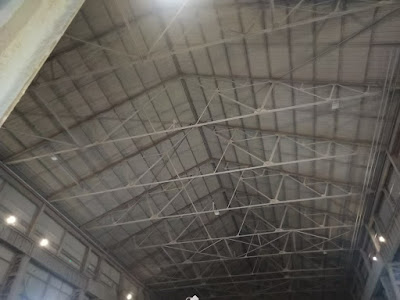 Both juveniles at roost can just about be seen 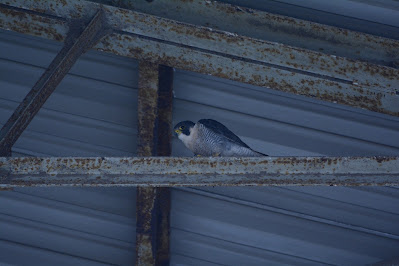 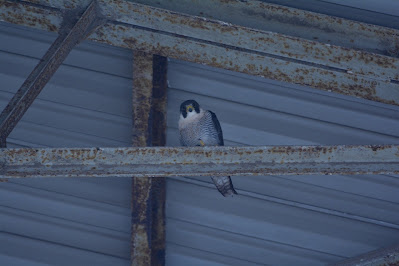 The stare
The adult Tiercel is a little bit more aloof, which is normal after breeding and does spend more time outside, for instance the Falcon and juveniles have always roosted inside beit good or bad weather, the Tiercel however has always roosted outside.
However he does come inside but stays close to the entrance end.

It makes you think just how did they discover it, it is relatively low in peregrines terms, I would suspect they were sitting outside and hunting the Feral Pigeons, followed them inside in pursuit and then acclimatised and decided they could nest in the shed.

As I say quite remarkable, I daresay it may have happened elsewhere but it’s the first time I have come across it.