It’s been quite a while since the last update on the Power Station Peregrines, we are now into Autumn with winter just around the corner, life has changed and it’s been an unprecedented year for all of us, hopefully better fortune next year.

The Power Station itself – Phase 2, continues to head for completion, to date from an original 21 Luffer Cranes on this Phase, there is now only one as the finish line comes into sight.

As ever the peregrines, being the adaptable species they are, simply switched back to hunting from the Cranes to the Chimneys, the Falcon instantly favouring the North Eastern. They have never really stopped using the chimneys, it’s just that with so many Cranes present at times, they were spoilt for choice, often using a particular Crane, if it offered more strategic interception of Feral Pigeons leaving the Power Station.

On a recent visit, both were out hunting from the word go at dawn, my little legs had propelled me up 13 floors up the staircase huffing and puffing but definitely worth it, not only for the spectacular pair hunting that followed but a lovely sunrise as well.

Watching them both that morning, sometimes hunting appears very easy for them, but this morning was one where they had to work very hard to eventually take prey, this happened over a 2 hour time period.

During this time, the Falcon undertook 6 hunts and the Tiercel 8 hunts; it wasn’t solid hunting during the 2 hours, both at times rested/preened before going again. They have the infinite patience of a bird of prey, with the prey supply locally it will happen; it’s just a case of when.

On 3 occasions, the visual sight of a large flock of Feral Pigeons leaving the Power Station, prompted immediate action and they both went simultaneously with me struggling to catch them on camera and do them justice. 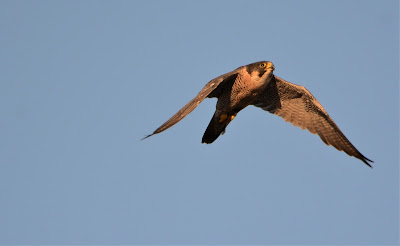 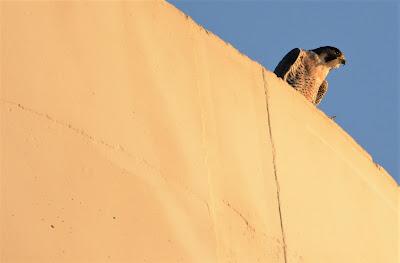 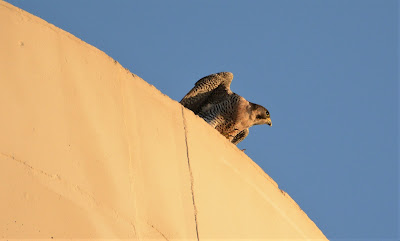 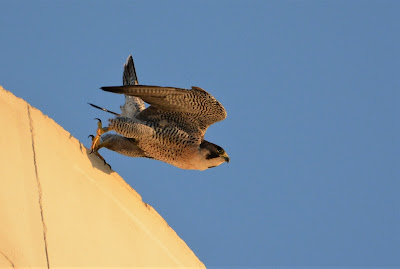 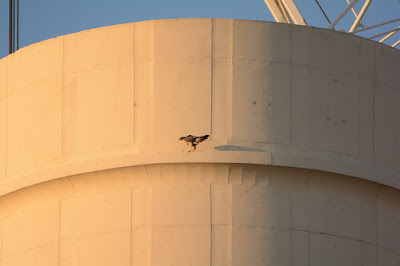 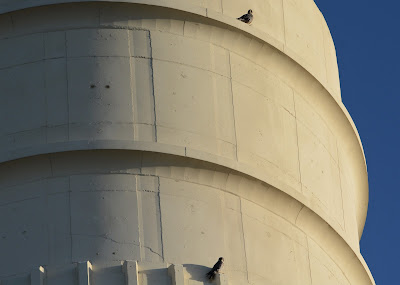 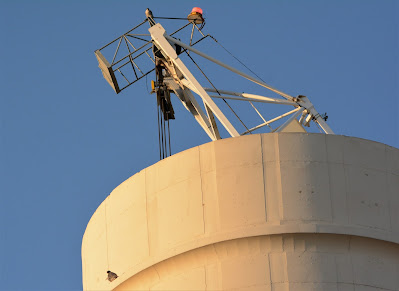 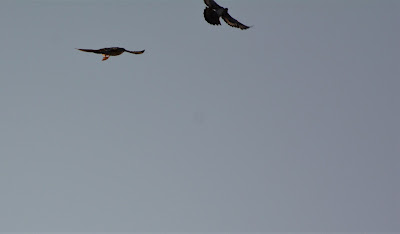 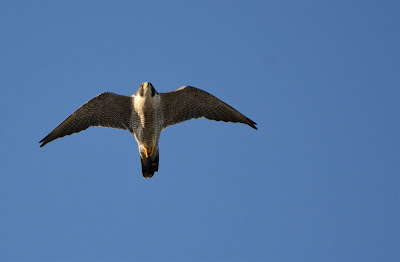 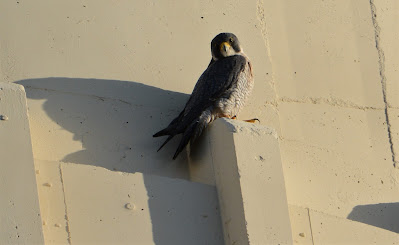 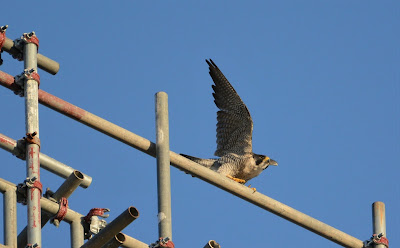 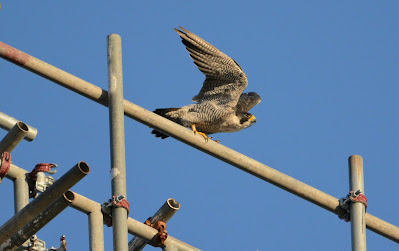 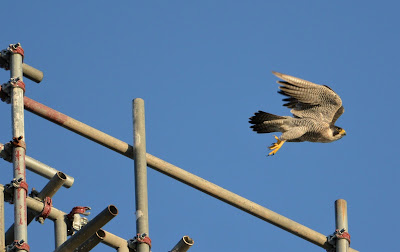 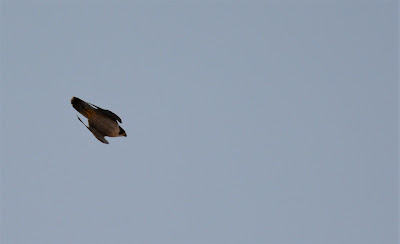 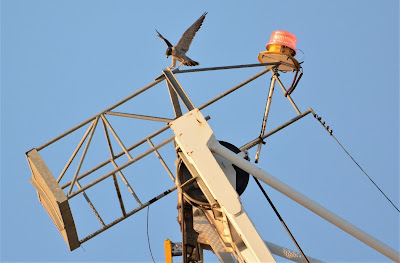 As much as I love my Nikon F5.6 200-500mm zoom lense, it is a great lens, I do at times miss my old F4 300mm prime lense for the auto focus alone, it was faster and instant and not so heavy!
It was the Falcon who took a Feral Pigeon on her 6th hunt and the usual routine followed, back to the Tower, he sat next to her as she fed waiting for his share, as I said endless patience, more often than not she will release the prey to him but on occasions will not.

A great morning watching them, after 20 years of studying/monitoring them, they still stir the blood every time I see one. Hunting at the Power Station is quite simply unrivalled for how close they pass overhead chasing prey, wings closed at times building speed, it is an incredibly spectacular sight.

For those of you not aware also, a permanent nest site has been designed for them and integrated into the fabric of the Power Station itself, it is quite the Des Res and could be opening late next year.