Hi, it’s been quite hard in the last month or so to get some decent weather to catch up on the pair, I at last got in a visit on Saturday March 7th, not the hoped for blue skies but a bit overcast after a promising sunrise.


When I arrived in Victoria Gardens Park in semi darkness, I could see the Falcon straight away roosting right next to the nest box, a good sign, after a short while she then entered the box before re emerging 3 minutes later. The Tiercel then materialised on a fly by and both then headed over to Westminster Abbey, had a walk round but could not locate either bird.

However with her roosting near and entering the box, it is pointing in the right direction for breeding hopefully, as we get closer she will spend much of her time close or in the box with the Tiercel undertaking the hunting.

I settled down to wait in the Park and eventually after an hour or so spied them on the Abbey, walking round found her on the Methodist Hall with the Tiercel back on Victoria Palace. Both looked like they had fed a little, a couple of sorties after by the Tiercel but half hearted. 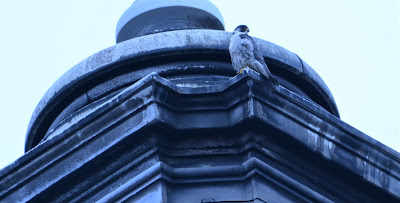 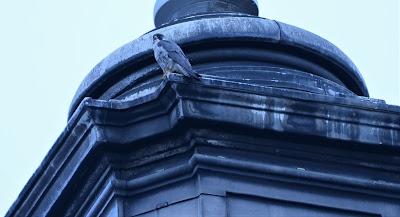 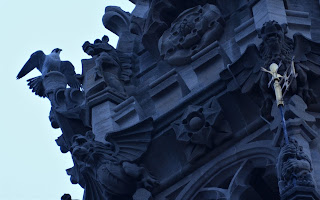 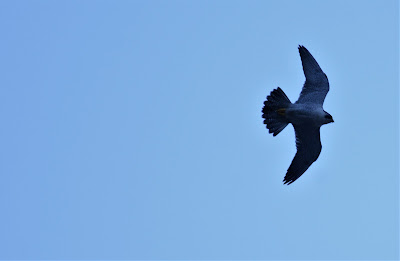 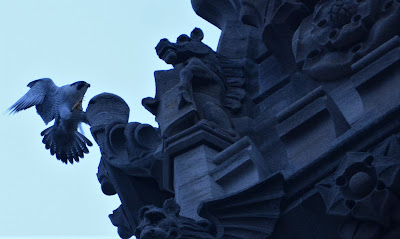 With more stability after last year, hopefully she will start spending more time round the nest box, normal laying is any time from now onwards for London. We will see what transpires in the next couple of weeks.