The changing of the guard occurred at Beckton with the first spring breeder back in the shape of a returning Oystercatcher, first seen early in February, it marks the earliest returning bird I have had at the Sewage Works.

The Kestrels have become very territorial and the female in particular is becoming glued to the box, with the recent bad weather, not unexpectedly, worms have featured a lot on the diet. The Kestrels in particular will stay under cover, fly out quickly, grab a couple of worms and then back up, they get wet but they don’t go hungry.

It’s a substantial never ending food source and they, along with the Common Buzzards on site rely on worms heavily in foul wet weather. 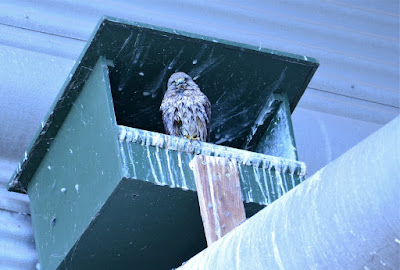 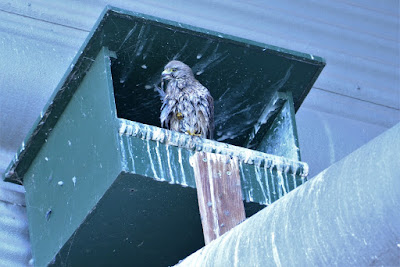 In regards to the pair of Common Buzzards I have not seen them now in over a week, it’s possible that they may have sought another territory for breeding, hopefully they will return. They’re pretty nailed on when I want to locate them, favouring the same stretch of trees, after last year’s success I thought it would be normal service this year but perhaps not.

I have marked the Sparrowhawks nest for 2020, I am hoping she will just follow on using it for this year but seem to recall from someone, that it’s not a given the following year.

I have also bought myself a Medaisse Trail Cam(s), still learning how to use it but good fun and getting some good images which I will eventually post.

It is very sensitive though, first time I used it, it gave me over 400 shots of the Wind Turbine Blades on site, quite amusing looking afterwards if you’re a fan of wind turbine blades, but I had not allowed for their sheer size, I thought distance meant that it would not be picked up. You live and learn as they say, I was trying to get one of the Kestrels, I set it to close to the turbine and I can now say I am an authority on wind turbines blades, positioning is key and avoid windy days!

I also recorded Stonechat on site for the first time, been after one over here for years, a good addition pushing the site bird list up to 146. 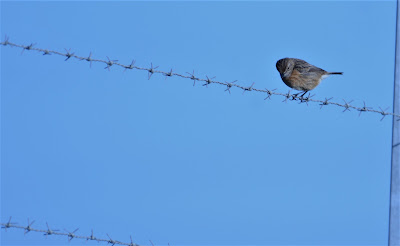