Both myself and Paul managed to finish the last of the surveys in March before we went into lock down, March was the finish of them before we hopefully begin again in October.

It’s been 2 a month, high and low tide and if I recall correctly this is our 7th consecutive year out on the North Kent Marshes, as I have said before I love the wildness of the place although at times with the cold and cutting constant wind I have cursed it.

Over the winters we have seen some of the rarer birds out there, Rough Legged Buzzard, male Hen Harrier, Lapland and Snow Buntings, Shore Lark, around 4 Richards Pipit, Great Grey Shrike and Woodlark. Good birds to see anywhere, male Hen Harriers are always magical and memorable seeing one for me, just a pity they are such a rarity these days due to the relentless persecution.

In the March finishing surveys we were also lucky enough to catch up with a couple of early spring migrants moving through, Wheatear and Little Ringed Plover, also an early single calling Yellow Wagtail was seen on the last survey. 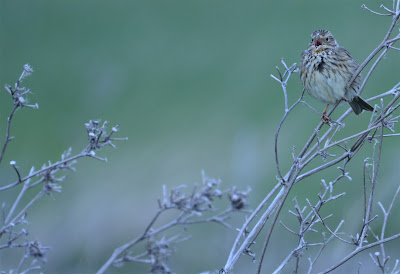 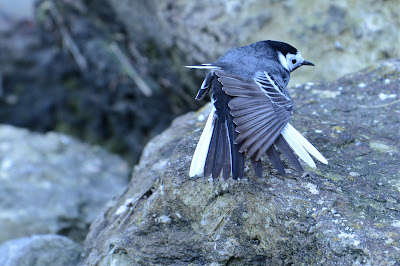 On the last high tide survey the Curlew roost hit 107 and I had the most Avocets at roost I have seen for quite a while – 330, good numbers.

Also a nice 2nd summer male Marsh Harrier with what looks like Marsh Frog legs hanging down as prey. 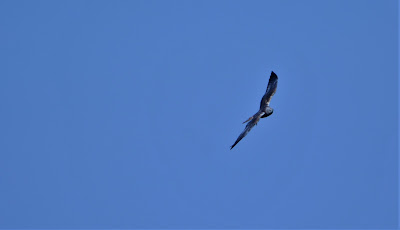 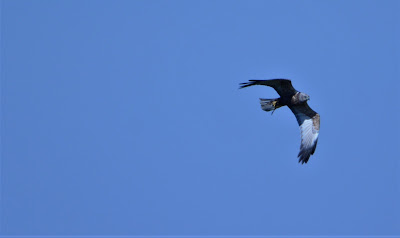 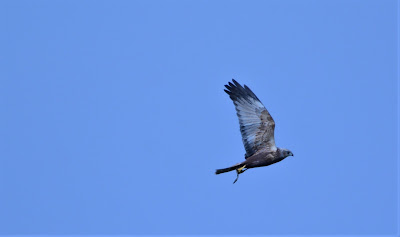 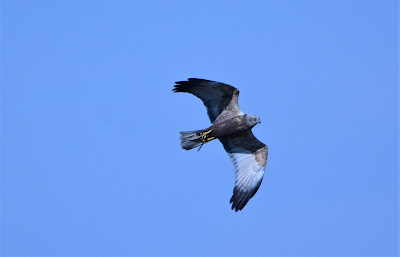