I decided to walk my usual circuit, plenty of bright sunshine so was not expecting heaps along the River Wall footpath.

The first thing I noticed were the Harbour Seals, no less that 10 hauled out on the Kent side, good news and a great sight, testament to a cleaner river these days. With the regular Grey Seal I keep recording up at the Outfall and Porpoise sightings this far up, the Thames has come a long way since the old days.

Walking along the river wall produced good numbers of Robins and no less that 12 Chiffchaff, whether or not these are home grown birds or migrants bought in by the Easterlies is hard to say, I favour the latter, at one point I had 6 chiffies in a bush in front of me. 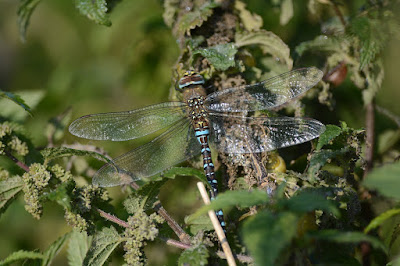 31 Black Tailed Godwit, a single Bar Tail, Curlew and a flock of Golden Plover made up the other goodies along the Thames as I entered the Reserve.

2 calling flyover Redpoll sp were then heard, a year tick, no doubt Lesser’s I expect, before the real star’s of the show appeared and started pinging in a reed bed in front of me, Bearded Tits.
Initially 4 birds, by the time I got to the northern boardwalk it had grown to 8, presuming it was the same birds. As I walked round, I kept seeing them undertaking the towering flight ahead of me that they seem to undertake at this time of year. 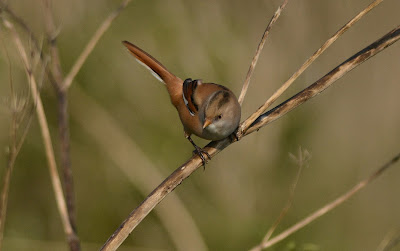 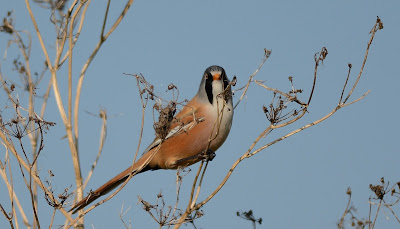 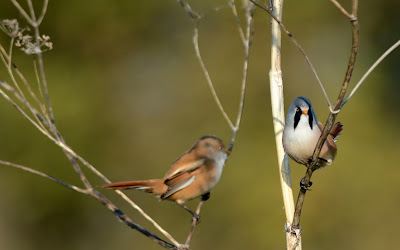 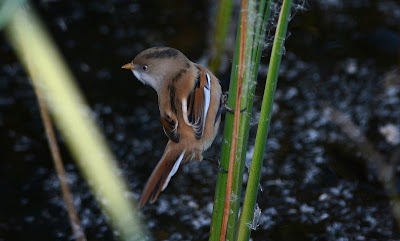 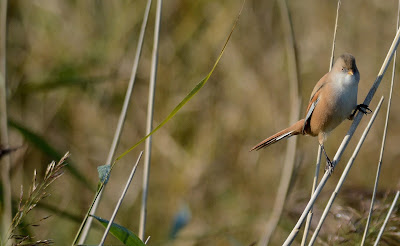 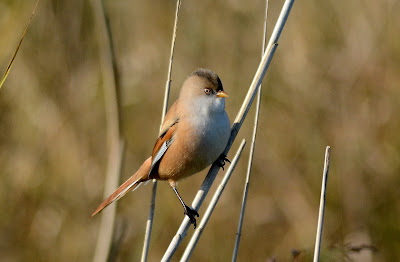 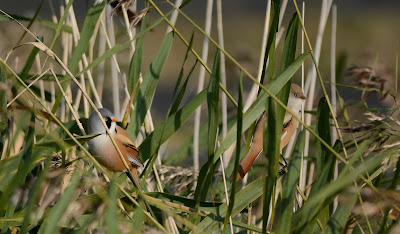 To round the walk off I had a male Marsh Harrier and 4 Pintail were seen on the Pools.

The Rainham year list is stuck on 120, admittedly I haven’t been over there as much as in past years but it looks as if last year’s total of 138 is well out of reach.

The best year I have ever had was 160 if I recall correctly, Rainham has been pretty light this year on 'rares' it seems, hopefully the winter will bring in some good birds.