First up was Kent, Sunday 18th October on Hoo Peninsula to be more precise, as first surveys go at the onset of winter it was quite productive.

Along with Paul we both had some good birds, Bearded Tit was pretty numerous, I had 8 in my section in 2 separate groups.

Wildfowl and waders were mainly confined to the mud flats, it is early days with not much standing water on site to attract birds, this will soon change.
Notable species seen were 4 Green Sandpipers, 2 Wheatear, Peregrine and 4 Marsh Harriers. A distant cronking Raven was also noted by the river wall.

Best bird of the morning undoubtedly goes to a male Hen Harrier, a welcome sight after drawing a blank in the winter of 2014/15.
Picked up initially at the end of the survey, Paul managed to see it also and got the record shot below.

Last seen heading towards Egypt Bay, it may be Sheppey bound, hopefully it will remain in the area.

Tuesday 20th and it was the turn of Coryton, Essex, decent weather prevailed so a good start to the morning.

Good to see Stonechat numbers building, at least 6 were seen on the survey but no winter Thrushes as yet, this area is usually very good for them.

Other notables were 3 Green Sandpipers, 5 Bearded Tits, Marsh Harrier, 40 Knot, 4 Stonechat and numerous Goldcrest, not surprising given the influx. 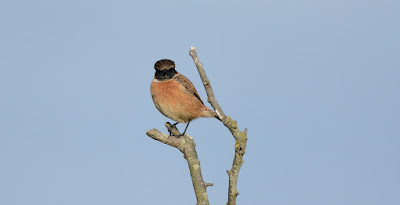 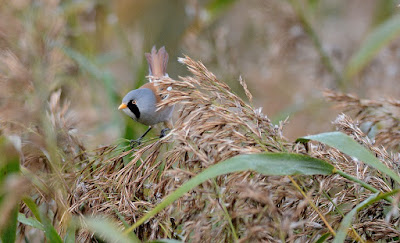 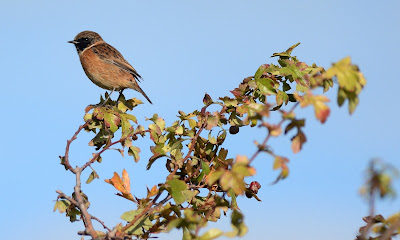 Again best bird went to a Raptor, a walked up Short Eared Owl, hopefully a sign for more this winter, last winter I drew a blank on this species at Coryton.